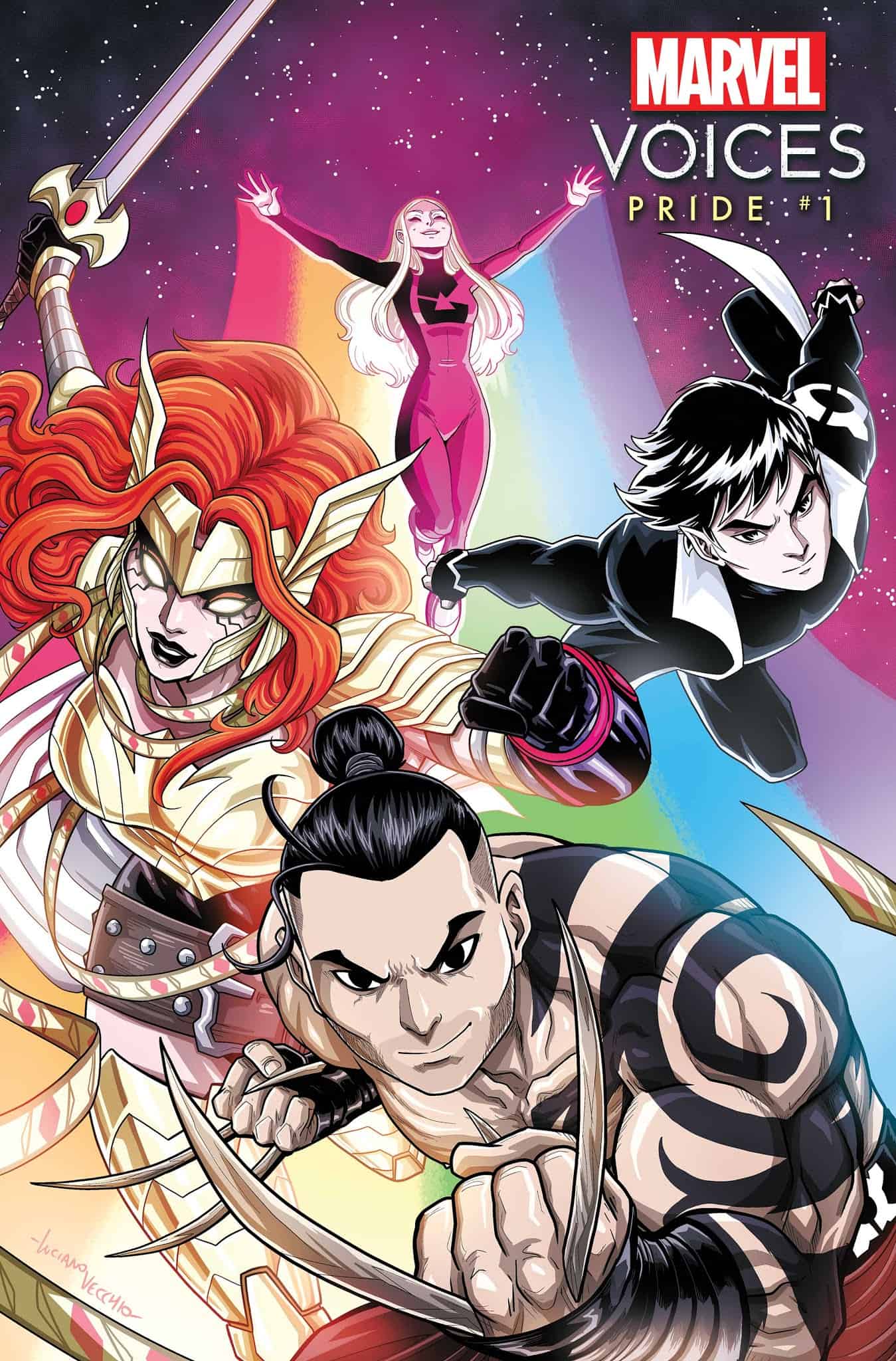 Is Charlene manufacturing Mutant Growth Hormone? Is Elektra maybe too judgmental? "Something New Every Day" brings trans to-be-superhero Charlene from the newly out Gamma Flight comic and Daredevil-in-office for a fun short story written by Lilah Sturges and with art by Derek Charm, colors by Brittany Peer and letters by Ariana Maher.

This three-pages comic is just so much fun. Charm’s art brings the cartoonish, the immediate, the action bits, the humor, to each scene of the page, beautifully rounded up in over-the-top, Power Rangers rip-off, cartoon superhero breezy colors by Brittany Peer (I already loved her in Misfit City, but damn she’s becoming one of my favorite colorists thanks to this anthology) and Ariana Maher’s direction-full letters and fun FX. The story beats happen so fast that you’re like damn, I have to go through that page again. And, still with such a short, fast-paced, immediate little story, Sturges manages to clear out some misconceptions, poke fun at other ones, and show a certain real-life heroic background to Charlene’s character that we don’t see that much in comics, the one about trying to make sure other people’s material needs are fulfilled.

My favorite part of this story is not only that Charlene is working towards making hormones accessible for trans women (a theme that touches me as right now we’re in a shortage of hormones in Spain and being a working class trans woman is, like, expensive ay this moment), but that the introduction of trans themes in the story seems casually dropped, but relatable. Running away from traumatic narratives, Sturges embraces the cliché and subverts it, and makes Charlene convey to Elektra how cis women are unaware of some of these tropes.

Now that we’re talking about Elektra, I like the fact that she’s kind and restorative towards Charlene, especially as she’s a character with a complicated orientalist history, and it would have been too easy to just put her as perpetually ignorant, like Marvel and Marvel fans usually try to do blaming non-Western forces/countries/cultures/markets for Marvel’s own structural historical (and ongoing) problem with LGBTQphobia. I also like that it show Elektra is inviting Charlene for a coffee in an explicitly queer bar that both of them know, implying Elektra as queer. Though this story is not gonna uncomplicate this character by itself, it sure does a good job at making her fun, close, casual, and that characterization is a breath of fresh air (as much as the new dress design is a breath of fresh air as well). And, honestly, Charlene and her have a lot of chemistry. Quote me on that! Oh, and the “villains” are so funny.

Fun, witty, ironic short story that showcases the chemistry of two very different characters and mixes the superheroic with the casual.