Marvel Voices: Pride #1: “Over the Rainbow”: Loki Pride, Anyone?

Marvel Voices: Pride: “Over the Rainbow” 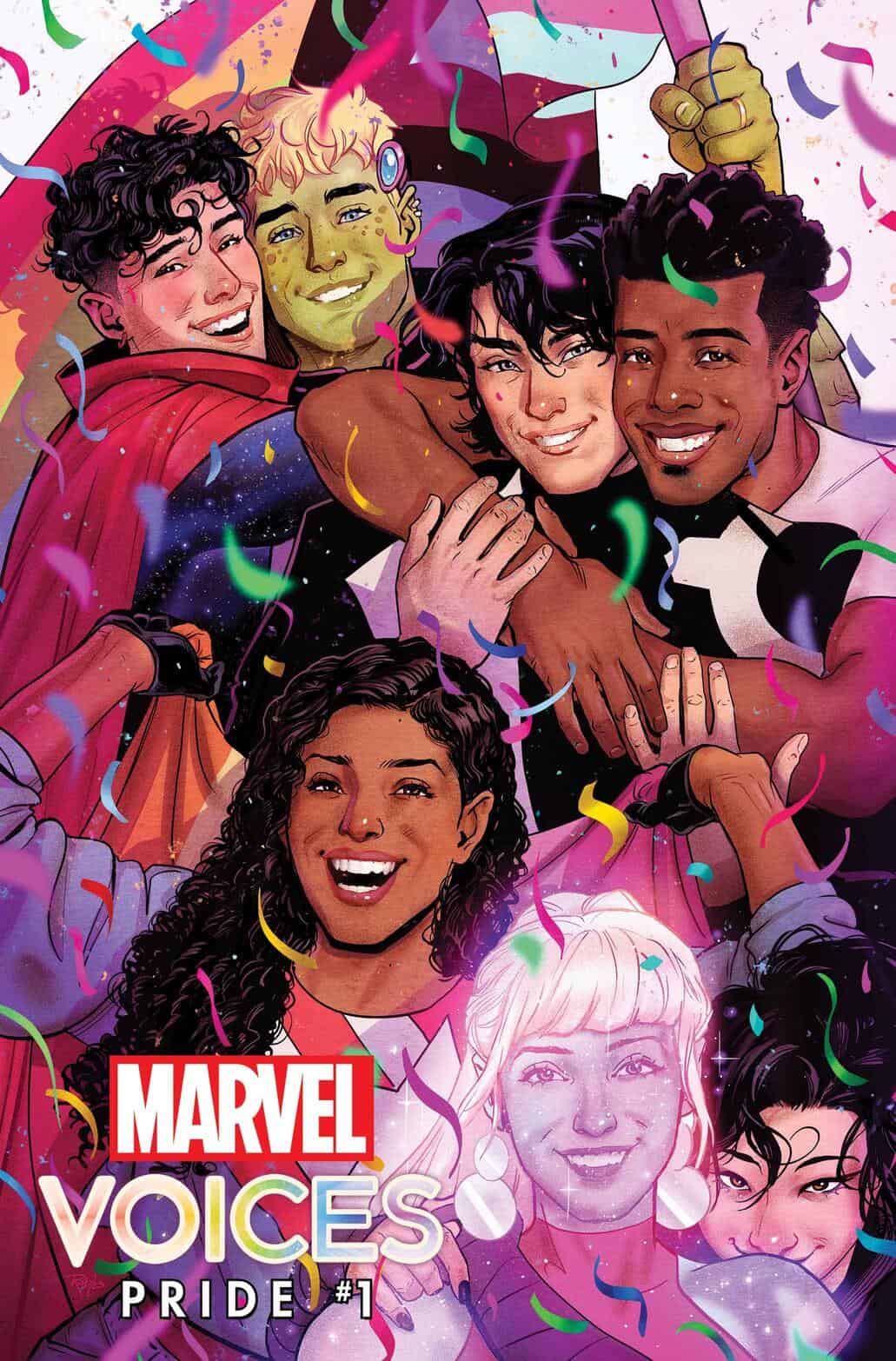 Since her introduction in 2021, the valkyrie R?na has been defined by loss, with her girlfriend’s death a textbook example of “bury your gays.” Like the new Jane Foster & the Mighty Thor miniseries, “Over the Rainbow” finds R?na trying to move on rather than be consumed by her grief. Given the character’s past, it may surprise readers to find that this short comic is mainly a humorous one as R?na tries to throw Asgard’s first Pride event.

The comic’s visuals are energetic and lighthearted. Lorenzo Susi is an skilled cartoonist who fills this brief five-page tale with wonderfully animated expressions and visual gags (like Loki making “Loki Pride” posters). Rochelle Rosenberg’s vibrant colors add to the comic’s lively feel, though there are a couple of odd artistic choices (i.e. a realistic-looking space background sharply contrasting the otherwise cel-shaded colors). 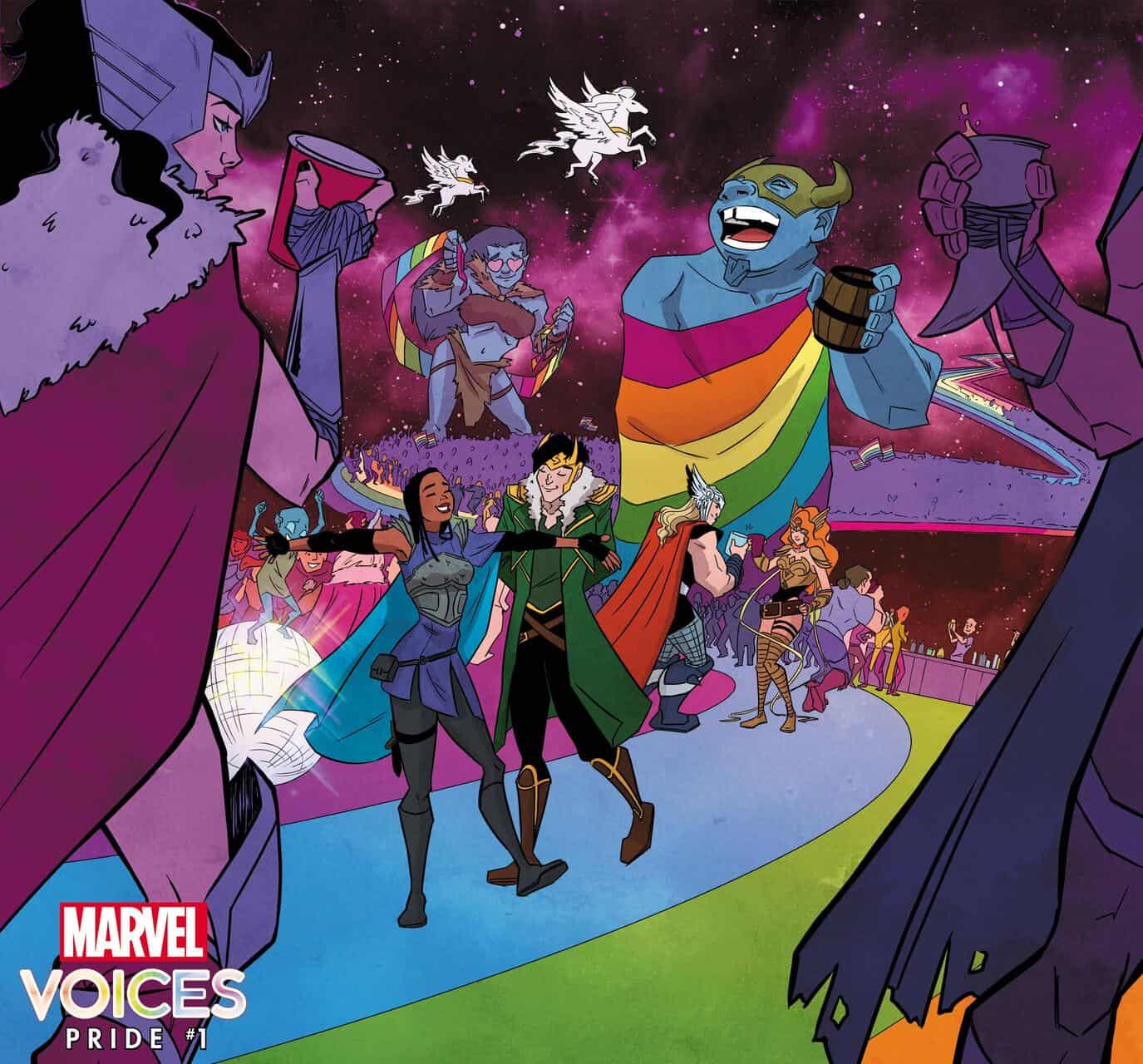 While it’s nice to finally see R?na happy, the story’s humor comes at the cost of both characters and narrative. Ira Madison III, playing up the story’s humor, writes dialogue that ultimately sounds out of character for the gods and feels overly modernized. In addition, Madison frames Pride solely as a time to party and celebrate survival. While it might have made the comic less comedic, referencing Pride’s history as riot and protest in relation to R?na’s role as a warrior could have provided the story with a depth it ultimately lacks.

The comic’s closing visual gag is also unfortunately one of the anthology’s largest missteps. In this last narrative beat, Loki turns into a woman — the only time she does so in the anthology — in order to ask R?na to make out. Like far too many artists, Susi brings back Olivier Coipel’s “Lady Loki” design, thus associating this Pride story with a transmisogynistic Thor storyline. Because R?na has shown no interest in men and Loki shapeshifts excluisvely to flirt, one of Marvel’s most prominent trans characters is framed as both predatory and a punchline. This anthology should (and mostly does) celebrate its trans characters, especially at a time when trans people are under attack at a systemic level. “Over the Rainbow,” however, digs up Marvel’s putrid past and treats transness as a joke.

"Over the Rainbow" is a funny and light-hearted story, but its transphobic final gag lingers and leaves a bad taste in one's mouth.

Marvel Voices: Pride #1: “Over the Rainbow”: Loki Pride, Anyone?