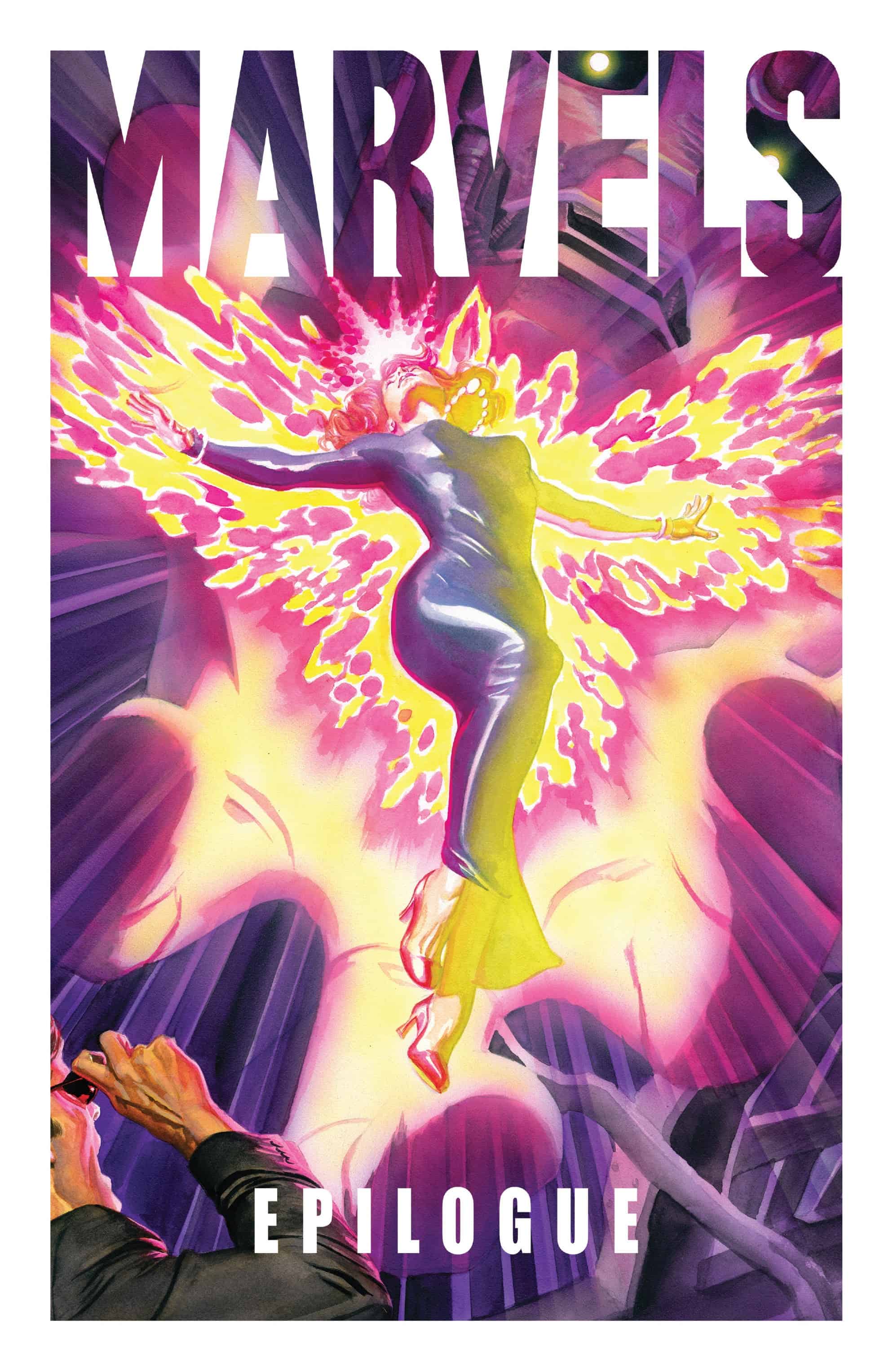 To celebrate the 25th Anniversary of the original outing of the Marvels we find Phil Sheldon making a welcome return to the foreground. As he wonders if he is missing out on a chance to scoop another superhero event while accompanying his daughters to Rockefeller Center at Christmas, one unfolds right under his nose and he bears witness to that all important event in All-New All-Different X-Men #98, which set in motion the events that would see the birth of one of the X-Men’s most pivotal and life changing stories. 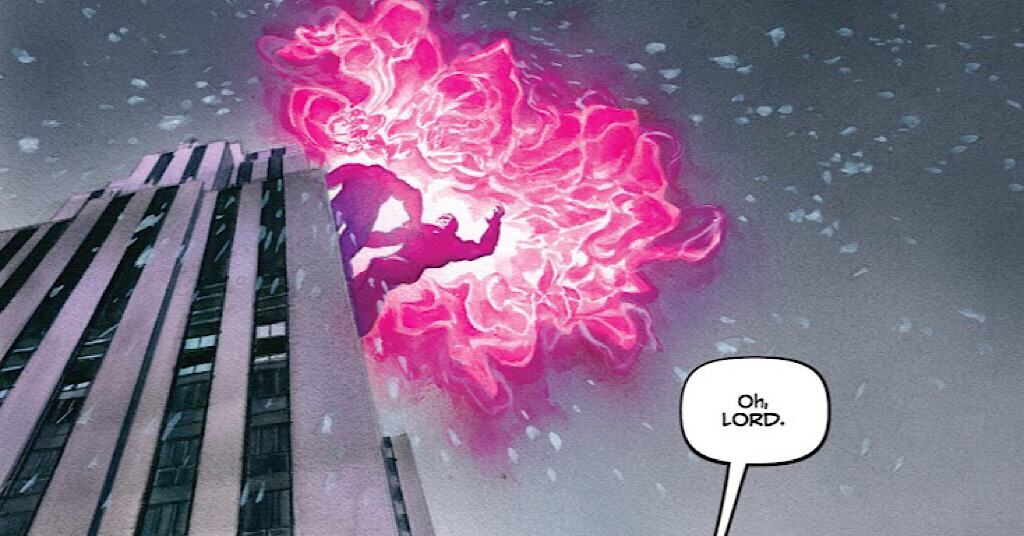 As an avid fan of Alex from the early days and his work on Terminator: The Burning Earth and the never realised Open Space I’ve eagerly awaited the release of this chapter, from the moment the news came out about it and I have to say I was not disappointed. As always with the world of Phil Sheldon we get the every-man view of some more pivotal scenes and events that are all too familiar to us. Events that we ourselves even know by heart. Burned into our cognitive memory as they are it is still a wonderful sight to have the chance to see them once more through new eyes. Those of Phil himself, as well as the vaunted talents of Alex Ross and Kurt Busiek. And this one is special for X-fans on two counts. Given that Ross always said the X-Men were never his favourites, hence their very brief appearance in the previous outing. As well as being the retelling of “THAT” story it also marks the first time a story is centred completely on the X-Men alone…if we ignore a photo bombing Nova when the action begins later. 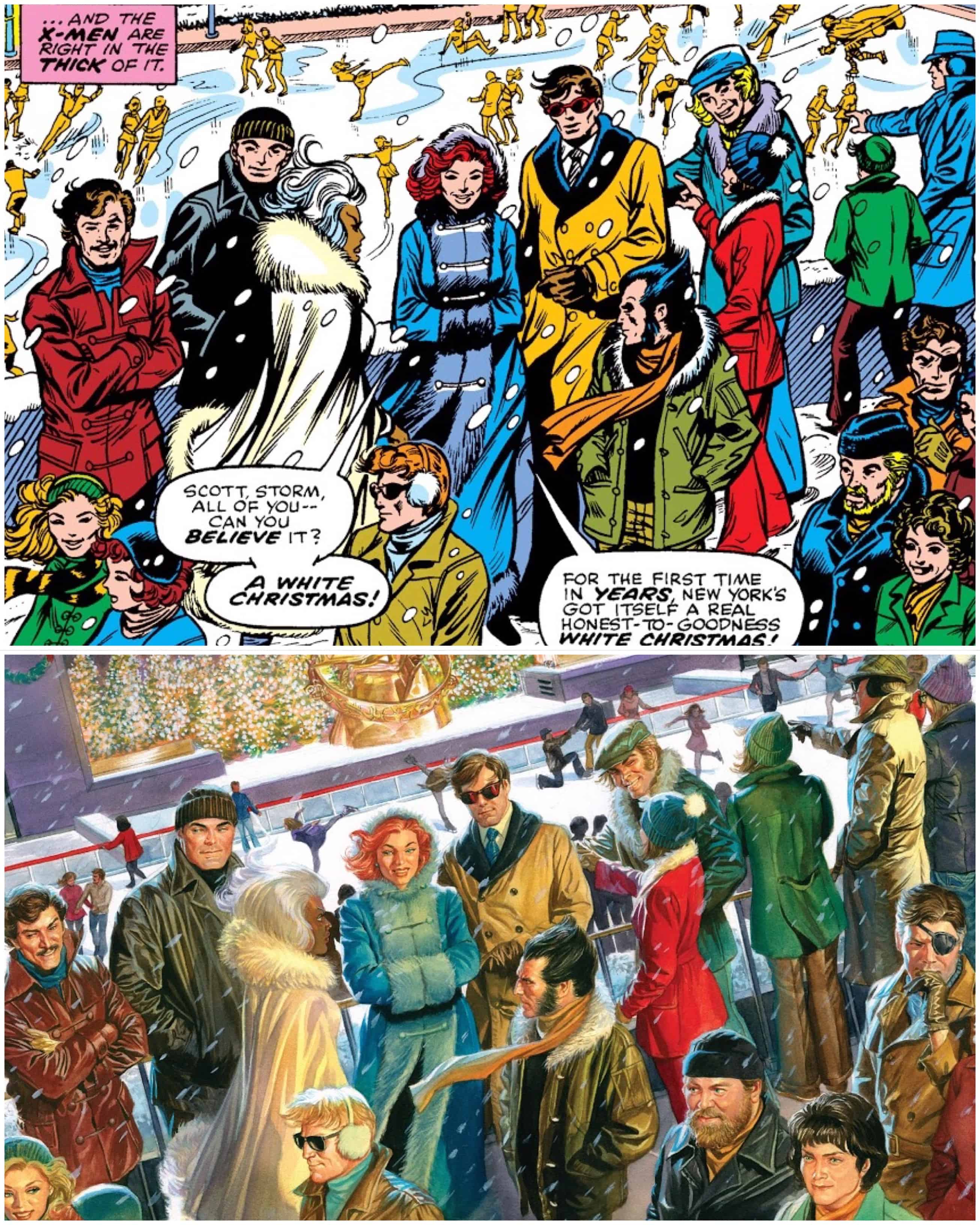 The comparison above shows the truly faithful and loving way Alex depicts the opening sequence to perfection and lends fresh perspective to the scene. Of particular note is a later cameo by prominent comic book editor Julius Schwartz in the same scene as some other unexpected guest stars. Also Kurt gives us a treat in the moment Phil bumps into Wolverine, who not only recognises him as an ex smoker but comments on his eye patch, perhaps making a mental note for later use in his time as owner of the Princess Bar. As well as all this and other Easter Eggs in the all too brief story we are treated to a breakdown of the page by page set up in Alex Ross’ sketchbook, and an interview with the legendary partners of such an iconic story, with insight into both the original and their return to the form. If I’m honest I’d have liked a little more…scratch that. I’d have liked a LOT more. The story itself was just a brief snapshot, as always with a Marvels outing, and is of course the perfectly reasonable representation of a Phil Sheldon story. But there was so much more within just that one issue I wish we’d have glimpsed. Though we did get the iconic revelation of both Storm and Banshee going into action. 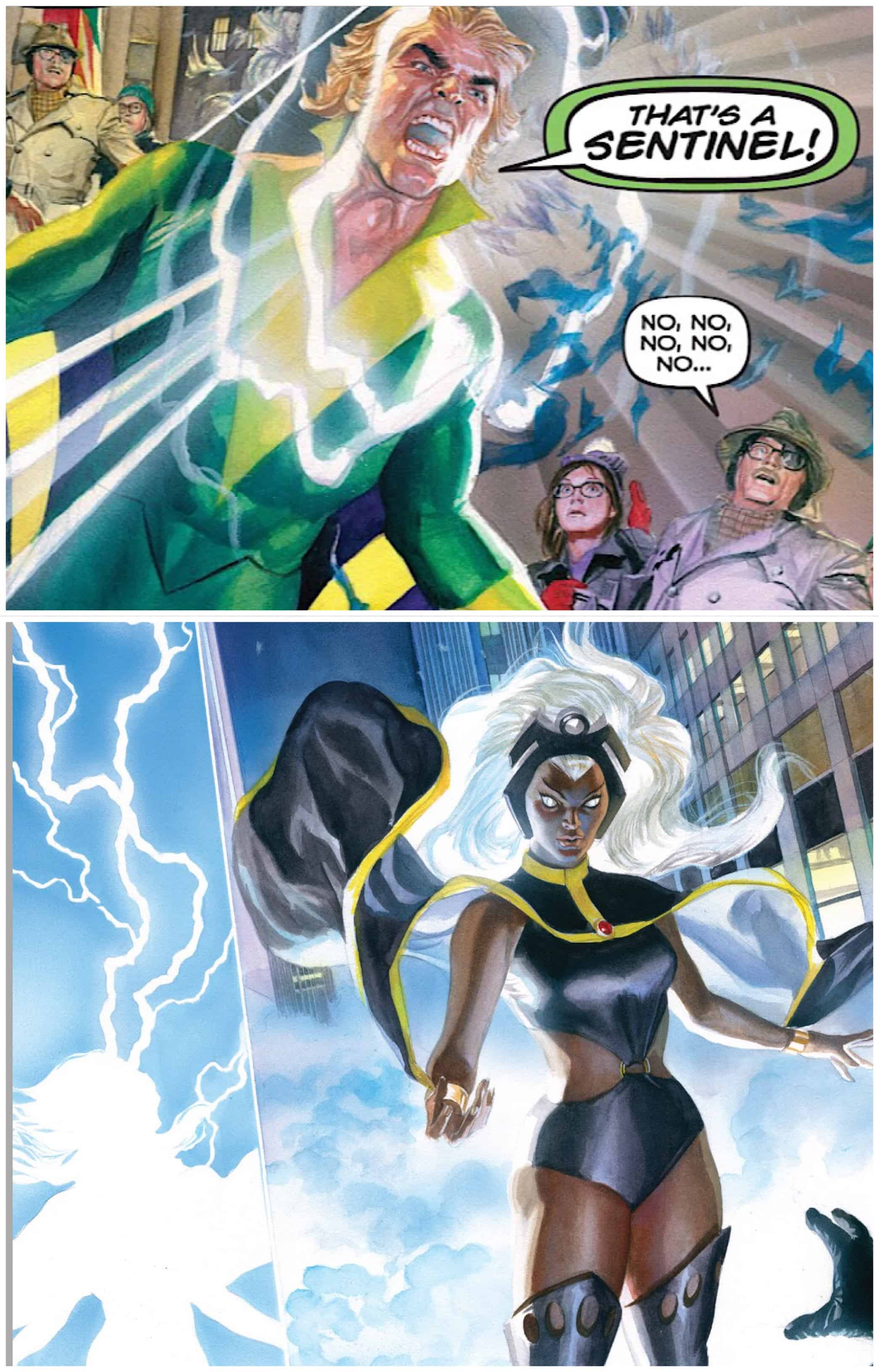 I would have also loved some visuals of Jean and Scott at the mercy of the Sentinels, more than just a wave of telekinetic and optic blast energy in the distance, as spectacular as they were. Especially given the cover tease. Perhaps some post action chat between Phil and his daughters, wondering about the fate of Jean. Something along the lines of “what would I do if that had been my daughter?”. However what we got was still pretty splendid, however brief. And it was still a marvelous treat nonetheless. As with the original story, once more we also saw many familiar faces such as the cameos of Nick Fury and the Contessa Valentina Allegra de la Fontaine, who were previously seen alongside the likes of Stan Lee and Jack Kirby bumping into Scott and Jean. This time we even got the strange occurrence of a certain bespectacled reporter and his own paramour.

The added extras do take some of the sting out of the shortened story even if they seem a little like padding. And the eye-popping visual of Jean Grey in all her splendour more than makes up for it. Overall a wonderful finale and look back at the life of Philip Sheldon, showing him no longer as bitter about the world, as he was at the end of the original story. Or his later return in the sequel Marvels: Eye of the Camera by Kurt Busiek, joined by Roger Stern and artist Jay Anacleto, which saw Phil deal with not only the rise of more frightening super powered individuals but also his own eventual death. This is one more iconic chapter from the reunited artistic duo, in an already rich narrative that spans twenty five years and several outings, including that of other talented creators that show the stories of our beloved heroes through the eyes of the man on the street. For a look at the previous outings that you may not have known about, follow the link to our article about all the other varied stories of the Marvels over the years that led to this rare treat.

A touching if all too brief return to the eyewitness viewpoint in the world we all know and love, with fresh insight and another nostalgic look back at the varied history of the Marvel universe.