Maskerade #2: To Mock a Predator 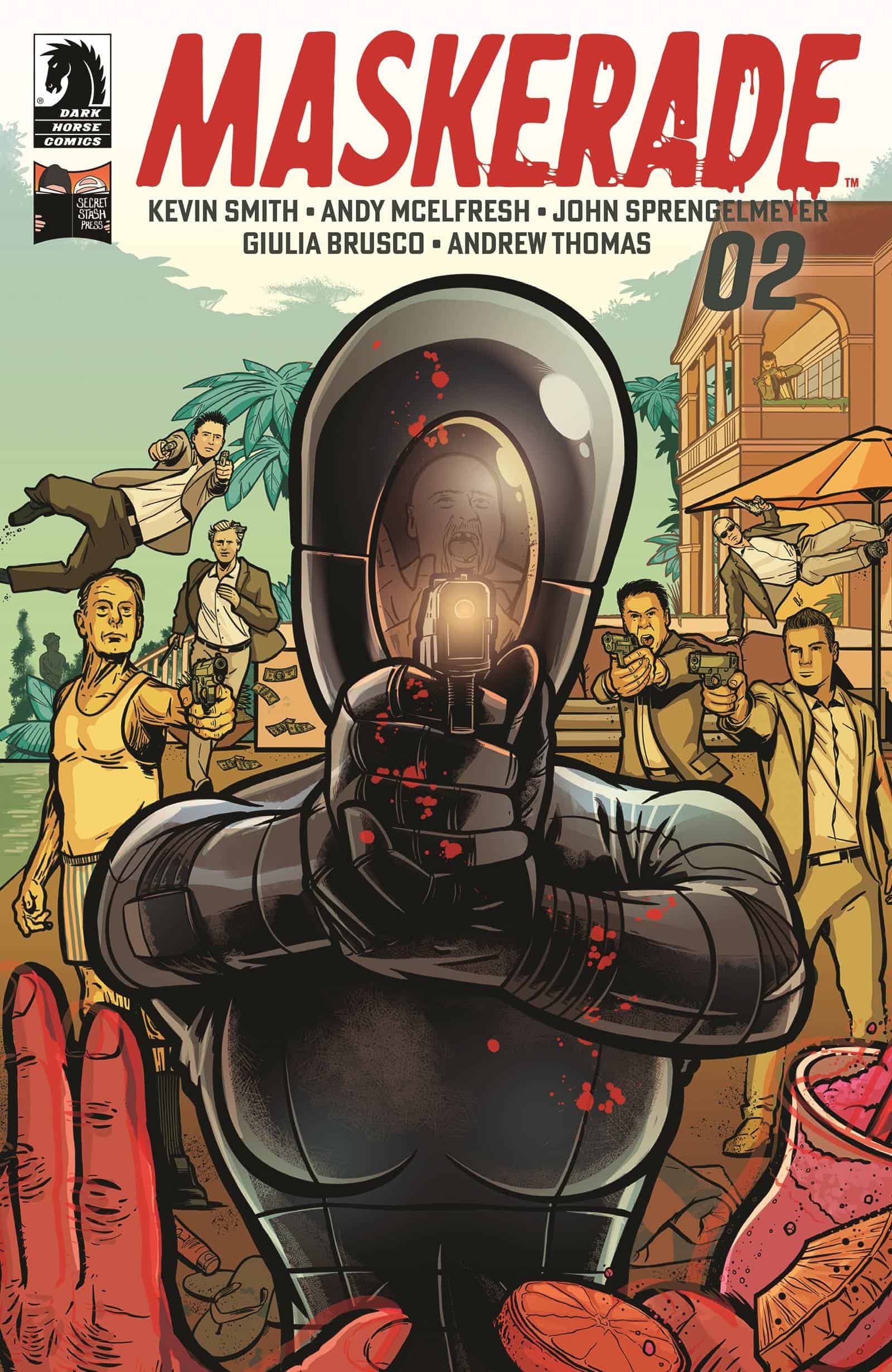 Dwayne was never a Felicia Dance fan--and now he's going to work on her hit show "Bye Felicia!" But while he may look down his nose at her on-camera antics in pursuit of pedos, Dwayne would be horrified by Felicia's secret life as the vigilante Maskerade, whose body count continues to rise as Felicia keeps crossing mysterious names off her hit list of the Six!

Maskerade #1 was, to put it mildly, not a comic I thought highly of. I didn’t find any of the characters sympathetic (though I did find some contemptible). I thought it was a mistake to introduce a suicide mystery in the opening pages only to never mention it again. And I felt the use of/comment on the phenomenon of social media celebrity lacked in weight. Fortunately the series has a second issue.

Maskerade #2 throws more weight behind the story threads introduced in the first issue. There’s the suggestion that they’re all connected which makes each one feel important–something the first issue did not accomplish.

Maskerade #2 begins with main character Felicia Dance hosting her own version of To Catch a Predator (the television special that lured pedophiles into accidentally revealing themselves on camera by pretending to be underage in computer chats). Not surprisingly, based on her very crass sense of humor seen in the first issue, Felicia sets out to mock, humiliate, and hurt the men she lures in.

We know from the end of the first issue that Felicia was brutalized when she was young, a character aspect expanded on in this issue, so these actions aren’t surprising. But even if that motive didn’t exist, Felicia’s actions are so over the top that they actually don’t feel beyond the pale for social media–especially since her victims are unlikely to elicit any sympathy.

Seeing Felicia do this on her own show also adds an extra layer to her character. The kidnapping at the end of the first issue implied a personal vendetta, and certainly that’s reinforced by the end of this issue. But these additional moments in the beginning of Maskerade #2 show that while Felicia is definitely motivated by vengeance, her actions aren’t limited solely to personal revenge. In the end she feels more dangerous as a result.

The suicide mystery is revisited here. The issue doesn’t linger on it long–two pages in a morgue and another page showing an aborted police interview. But there is just enough information in those three pages to suggest a link between the truth behind the suicide and Felicia (something reinforced at the end as well).

Unfortunately Maskerade #2 doesn’t correct all the shortcomings from the first issue. The rather significant problem of not caring about the characters remains. Dwayne’s appearance is as insignificant in this issue as in the first. And while I’m interested in the nuts and bolts of the plot, I’m not particularly interested in Felicia as a character. It isn’t so much that she isn’t sympathetic (though I once again don’t find her to be), but that she is utterly one note. Certainly it can be argued that Felicia’s abrasive attitude can be attributed as a defense mechanism resulting from ongoing trauma from her past. But the story spends almost no time with her outside her reality TV moments and her kidnappings, so there isn’t enough subtext to make the determination.

The best part of Maskerade #2 (as it was with #1) is the art. It’s fun. That sentiment definitely runs counter to its story at different points, but it doesn’t detract from the book. If anything, Sprengelmeyer’s work is responsible for most of the connection we make with Felicia and Dwayne. Felicia’s non-stop smiling proves to be infectious and makes her far more interesting than any dialogue Smith or McElfresh wrote.

Brusco’s color art–using an overall very bright palette–is an excellent addition to Sprengelmeyer’s work. The two combine to produce something that is not a cartoon but definitely not quite real. This visual style is the biggest reason to pick up the issue and follow the series, at least until the narrative becomes as engrossing as the art.

Maskerade #2 is a better issue than the series’ first. The art remains engrossing. There is more weight behind the different story threads and as a result they feel less superficial. But the characters don’t get the same level of enhancement and I am as uninterested in them after the second issue as I was after the first.

Maskerade #2: To Mock a Predator