Maw #2: The Monster Within 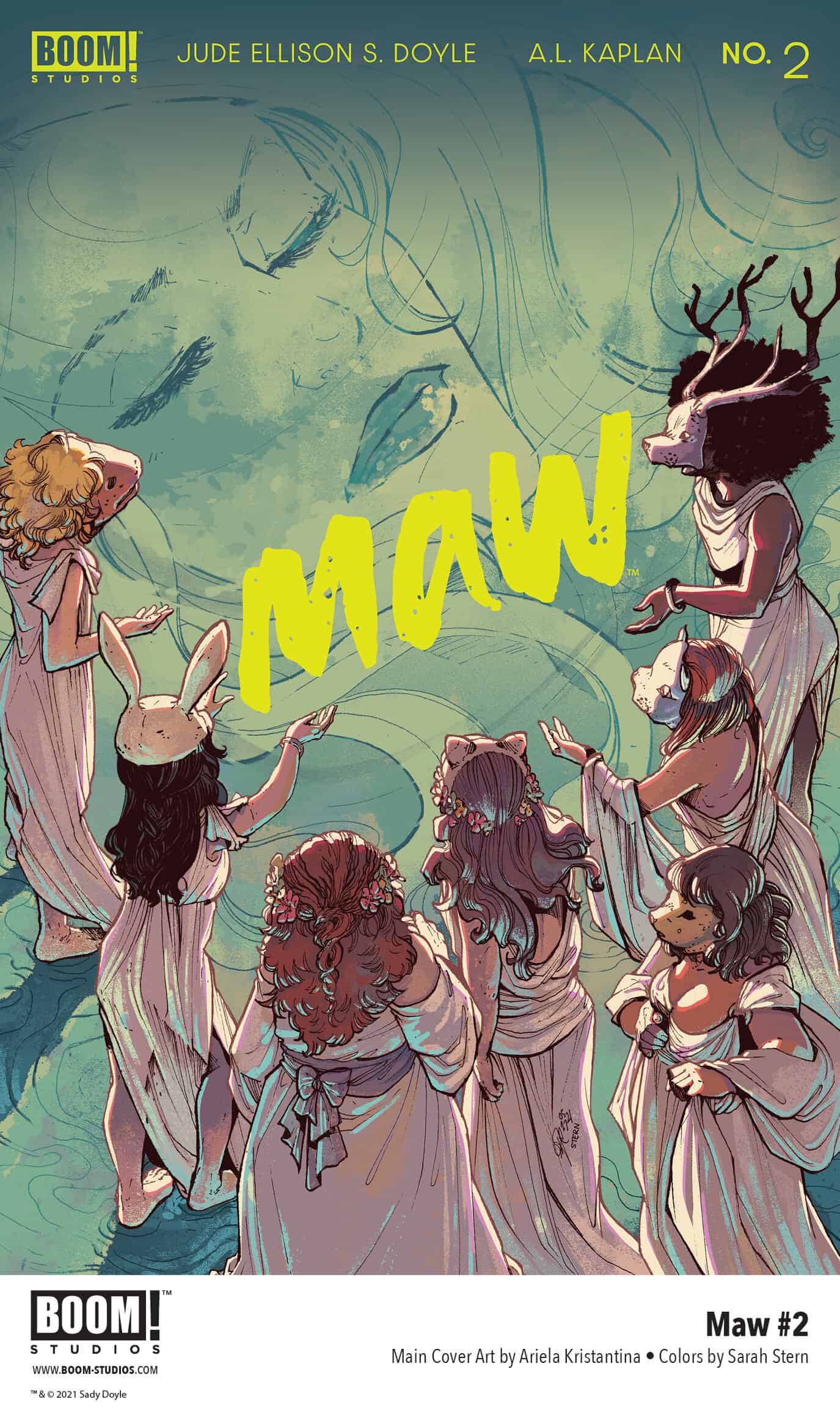 What happens when the monster within the shadows awakens?

After being drugged and abandoned on a beach, Marion struggles with inexplicable and frightening changes to her body while her sister, Wendy, continues to try to fit in with the other women at the commune.

As they both learn more about the commune and its mysterious leader, Diana Spiro, each new revelation brings the true nature of her motivations and teachings to light

Chapter 2 of Doyle’s five-part horror series, continues to surprise with this latest issue of Maw. I was initially apprehensive of the comic when I heard about the story, worried that it may inadvertently turn a woman who has suffered so much into a one dimensional monster, but I was happy to be proven wrong.

As Marion’s struggle to come to terms with the changes in her, Doyle does not let those changes overpower Marion’s character. Until the every end, the focus remains on Marion, and what she went through. The conversation Marion has with herself, talking about how she simply ‘survived’ what happened to her, I am sure must ring true for so many who have been through the same. This idea of ‘appearing whole’, or being ‘strong’ for appearances sake, to make others feel better, more comfortable, Doyle dismantles that by showing the realities of the toll that all that violence can take on ones self. They take that emotional, mental stress, something which is usually internal, and visualizes it for us all to see.

Kaplan and Mascolo’s artwork and the colour palette for this comic really elevates the story. The reds bleeding through the muted yellows and greys, as the ‘monster’ comes out, makes for some extremely striking and effective images.

Here, I must also credit the creators for not making a spectacle of the sexual assault itself, but the aftermath. Rape, in pop-culture, can sometimes be treated as a spectacle, which I do not believe is needed, especially when having a conversation about sexual violence against women.

By focusing on Marion, her feelings and experiences, Doyle and Kaplan validate, not only her, but countless other women’s experiences, where it is their story which matters.

So far, Maw is doing a great job of telling this story. it is strong, it is visceral, and I look forward to seeing where it takes us in the coming issues.

Maw, #2, The Monster Within