Maw #3: The Makings of the Monster 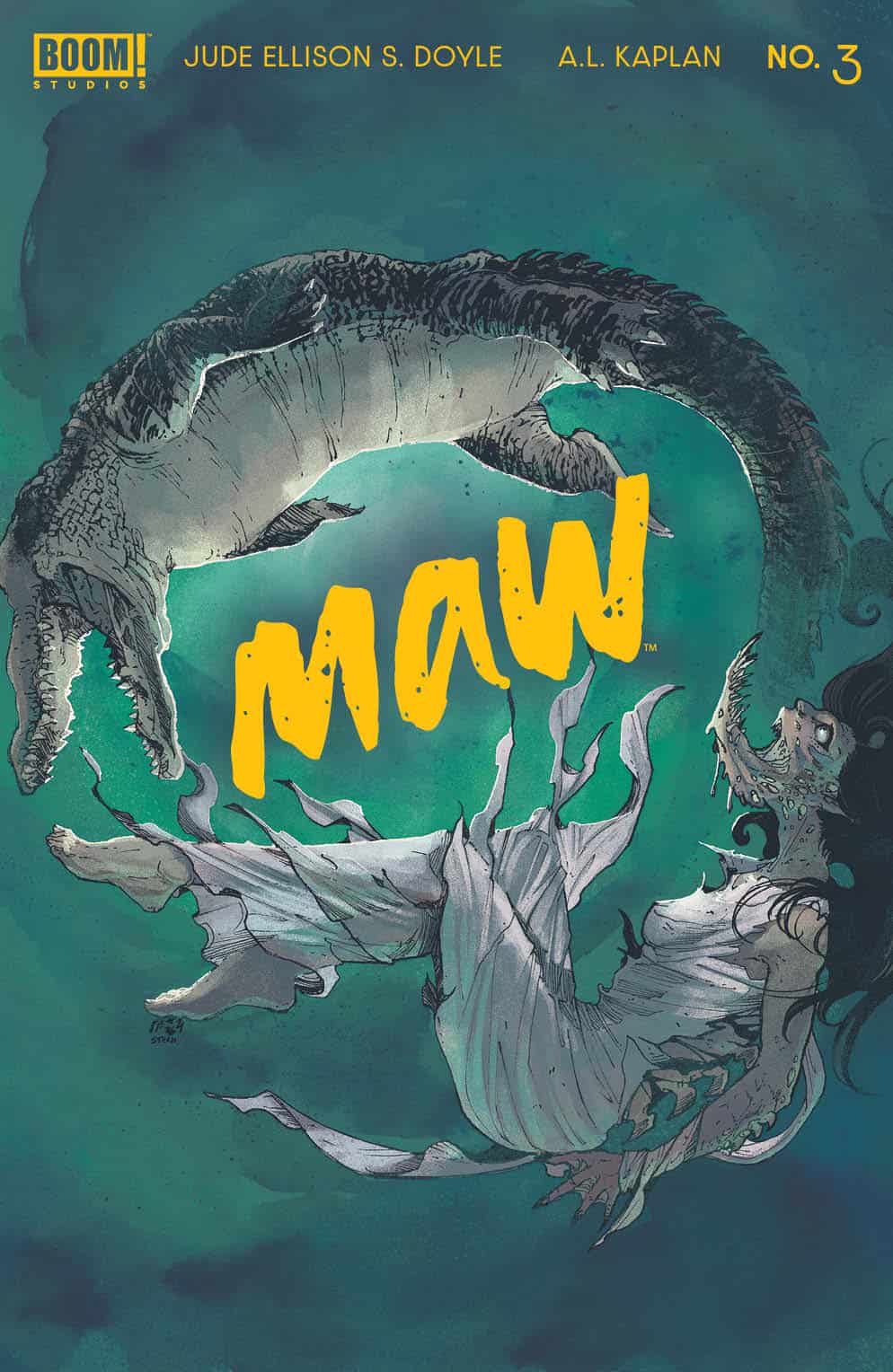 What makes a monster?

Marion's terrifying transformation is nearly complete, but she finds utility in it, turning the tables on the predators harassing women in local bars.

When these men go on the hunt for revenge, a huge mistake pushes Marion into a fully monstrous form... and there will be hell to pay.

In the third instalment of we get to learn more about Wendy, and what brought her to the retreat. What the driving forces are behind her and the guilt she carries. It is something I feel a lot of women will be able to relate to. The idea of not being ‘the perfect victim’, or  ‘not deserving enough’ for help because they think that their pain and suffering is not that big, so its not worth the help.

We also come across Marion, whose transformation is almost complete, and who has taken up the role of a protector, of an avenger, someone who is a threat the the predatory men of the town. Her powerful opening soliloquy, where she calls out the victim blaming that women face, and highlights lack of accountability that people are willing to take to acknowledge what sexual assault survives go through, was perhaps my favourite scene from this issue. It truly captures her pain, her anger and provides the justification for her actions, and how she has come to embrace her transformation.

But this new role brings on some unwanted attention, with some devastating and deadly consequences.

Doyle’s writing continues to dominate, alongside Kaplan and Mascolo’s artwork and colouring. The shift of the moods from the soft, hopeful lightning at the beach, to the ethereal, otherworldly atmosphere at the retreat, the uncomfortable claustrophobia and the bar, and finally, the dangerous and threatening setting of Marion’s hut, you are always fully aware of what is going on. Kaplan and Mascolo have complete ownership of this issue, and you as the reader just have to let them take you along on this journey.

As always, Maw does not shy away from showing you the true “monsters” of the story. The real threat that so many women face in their daily lives, but it does allow you the satisfaction of knowing there is someone out there who is not going to let them get away with their actions.

Overall, Maw #3 delivered a devastating issue, but one which promises a lot of action and horror to come. I eagerly await the penultimate issue of this series, and cant wait to see where the story takes us next.

Maw #3, The Makings of the Monster