Mazebook #1: Hanging by a Thread 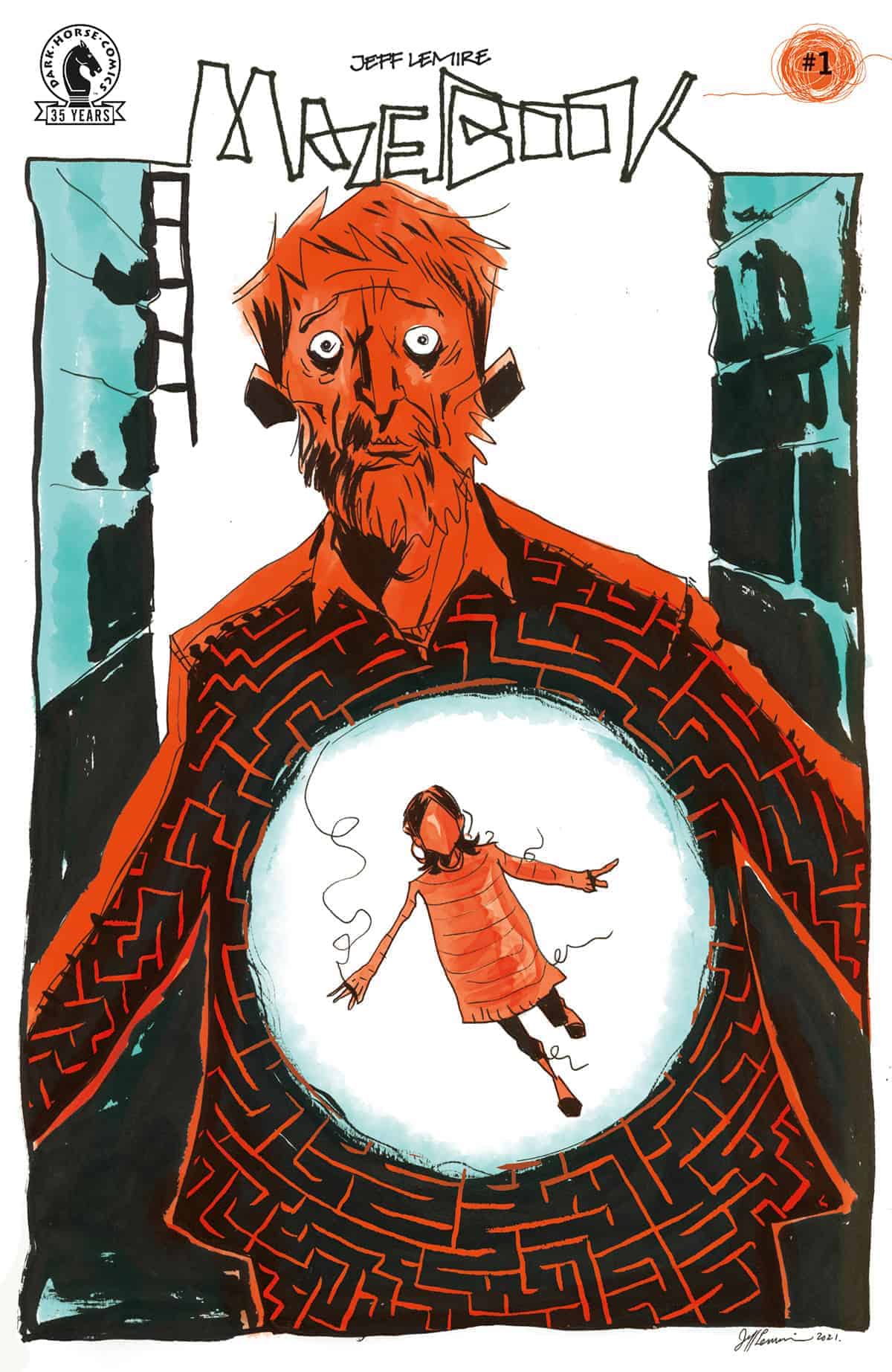 A lonely building inspector still grieving the loss of his puzzle-loving daughter receives a mysterious phone call one night from a girl claiming it's her and that she's trapped in the middle of a labyrinth. Convinced that this child is contacting him from beyond this world, he uses an unfinished maze from one of her journals and a map of the city to trace an intricate path through a different plane of reality on an intense and melancholy adventure to bring his daughter back home.

In the first issue of Mazebook, Jeff Lemire invites his audience into the private and singular grief of a building inspector named Will Warren. Years after the death of his daughter, Will’s world remains colored — or, rather, desaturated — by grief. This sense of emotional numbness is driven home by the book’s extensive monochromatic sequences. For the most part, Lemire renders Will’s external world in an off-putting dirty-dishwater shade of sepia, reflecting not the world as it is but rather as Will perceives it. Lemire’s art — scraggly, squirming inks and blotchy, often pale, watercolor — deftly creates a pervasive sense of unease and impermanence. The only piece of the external world that retains any color is Will’s daughter’s threadbare red sweater, which also continues to tie him to his fading memories of her. 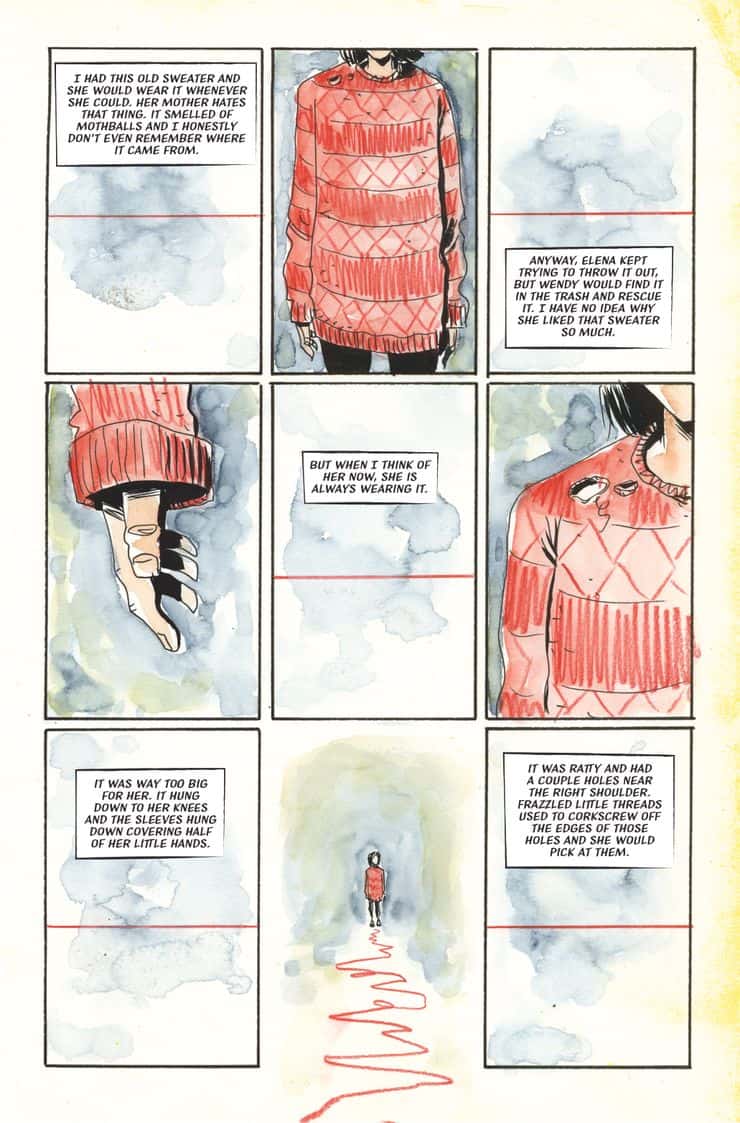 Part of what makes Mazebook so potent is the manner in which this sweater — and more specifically its fraying yarn — holds the story together. In combination with the imagery of mazes (which feature heavily in the comic’s title and eerie cover), Lemire seems to evoke the Greek myth of Theseus and the Minotaur. In the myth, Ariadne, who is in love with Theseus, gives him a spool of thread to help him find his way out of her father’s labyrinth after Theseus slays the Minotaur. What bearing, if any, this myth has on Mazebook remains to be seen. However, thread has other cultural and symbolic associations Lemire’s comic does invoke. For example, tying a string around your finger is often associated with remembering. Additionally, thread or yarn, over time, is prone to unravelling. As Will clings to fading memories of his daughter, and combats his own unravelling psyche, it’s hard to think of better motifs than mazes and string. 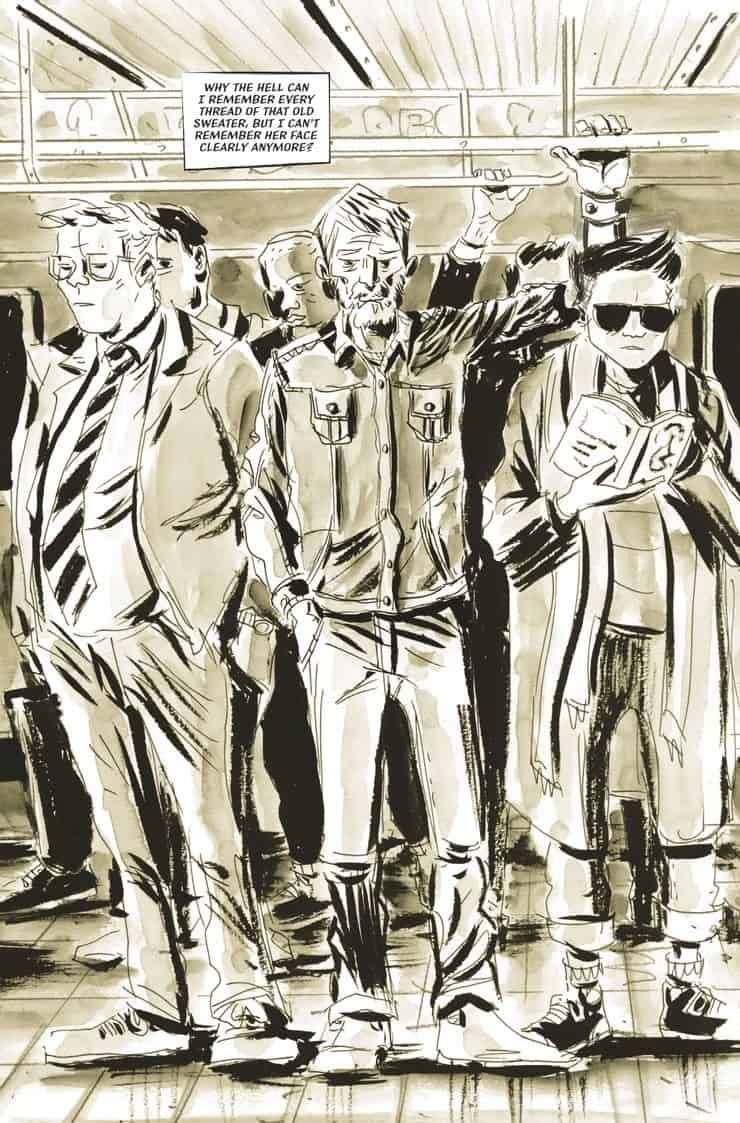 The first issue is light on plot and its slow contemplative pace may feel too contemplative for some readers. This is partially because Mazebook’s press release includes the first issue’s full premise: Will receives a mysterious phone call from his dead daughter asking for him to find her. This phonecall occurs in the issue’s final few pages, as does the depiction of her at the center of a labyrinth. For readers who aren’t put off by its pace, however, Mazebook’s narrative remains incredibly compelling. 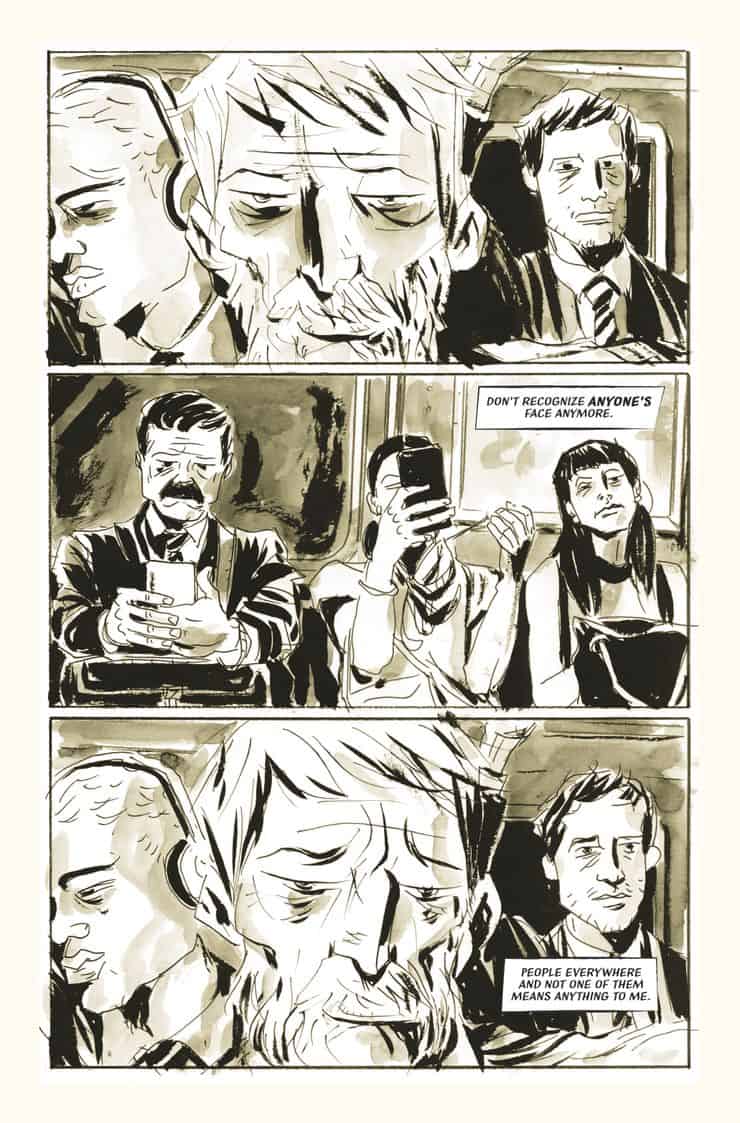 Mazebook #1 is an intimate exploration of grief and memory that won’t soon be forgotten.

Mazebook #1: Hanging by a Thread