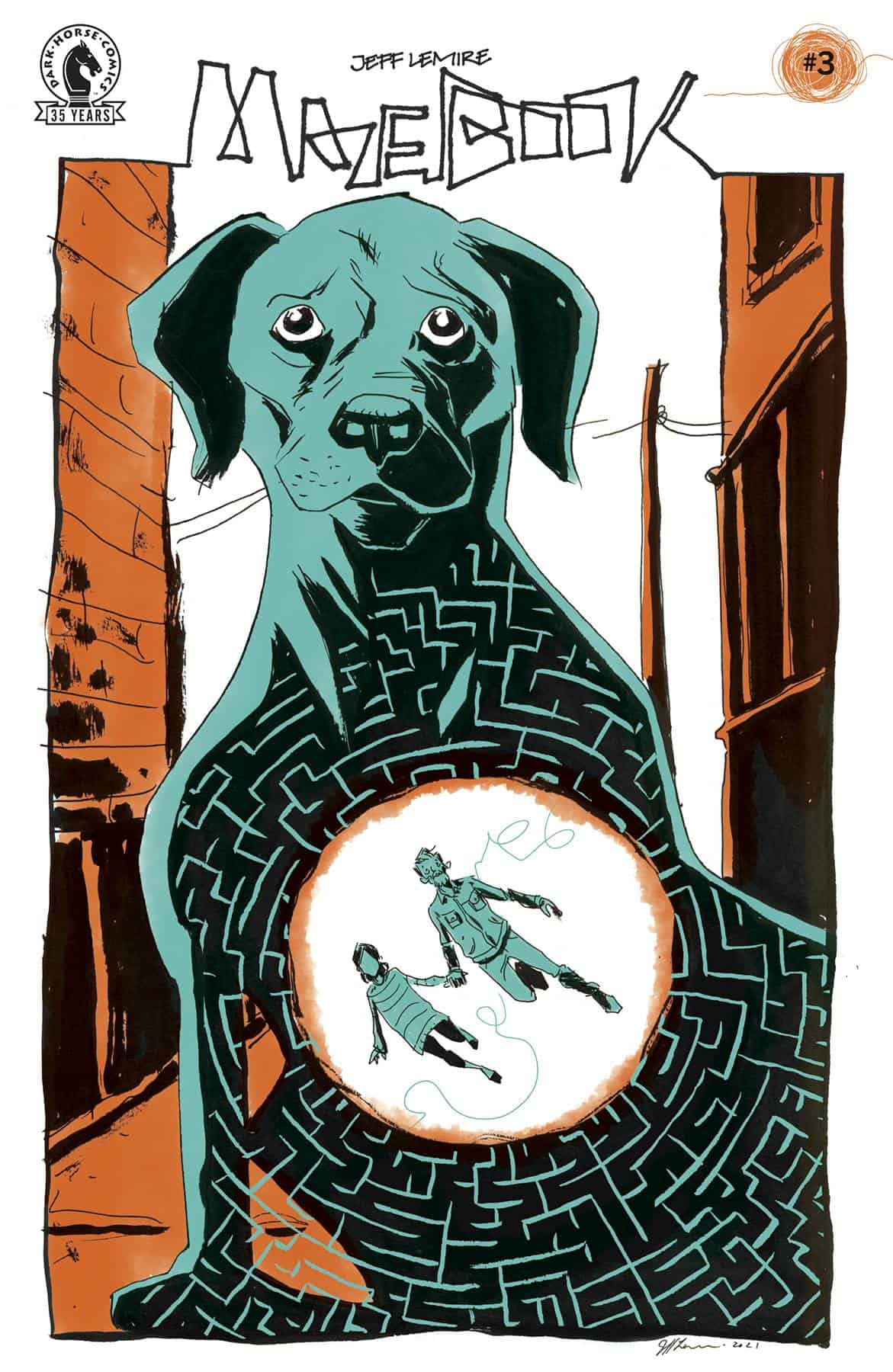 Will's a melancholy building inspector who's been grieving the loss of his puzzle-loving daughter for years. After getting a mysterious phone call from a girl claiming it's her and that she's trapped in a labyrinth Will sets off on a journey fighting through the corridors, tunnels, and monsters of his city on a mission to bring her back home.

In the third issue of Mazebook, protagonist Will continues his reality-bending journey towards the center of an invisible maze as he searches for his deceased (or living but lost) daughter who beckons him. Mazebook #3 moves at a thoughtful pace that never feels plodding, as Will struggles against both emotional and physical barriers in his way. In this issue, the comic’s surreal elements take even more of a backseat, with the narrative instead delving further into Will’s grief and struggle to find empathy and understanding. Will’s ex-wife, who was introduced in the second issue, shames him for his inability to move on. In this issue, while Will seems to reach an even lower low, he also finds sympathy from strangers: his neighbor Lisa and an unnamed tattooist. Hopefully, future issues (of which there are two) give some degree of development to Lisa, as she otherwise has the potential to fall into the archetype of a Black female caregiver role for the lead white protagonist. As it stands, however, she affirms Will’s fragile emotional state and offers him food and a place to sleep when he becomes locked out of his apartment. Lisa’s job preserving and renovating historical buildings also places her in a fascinating place narratively: in addition to her job’s juxtaposition with Will’s job of building inspector, she also seems representative of the potential to preserve the past (like memories of a lost loved one) while also moving forward. The issue’s cover, mirroring previous issues, now cryptically features both Will’s daughter and Will at the center of a maze at the center of Lisa’s lost dog. Lemire has a simplified art style and sometimes even repeats panels, but he nonetheless excels at capturing/implying nuanced expressions in only a few strokes. The dominance of sepia monochrome in this real-world-dominant issue makes it clear that this issue depicts (potentially) Will’s lowest point. Like previous issues, this one is visually experimental (one page, for example, incorporates scans of a map) and also effectively balances a sense of intentionality with rawness and emotional depth. 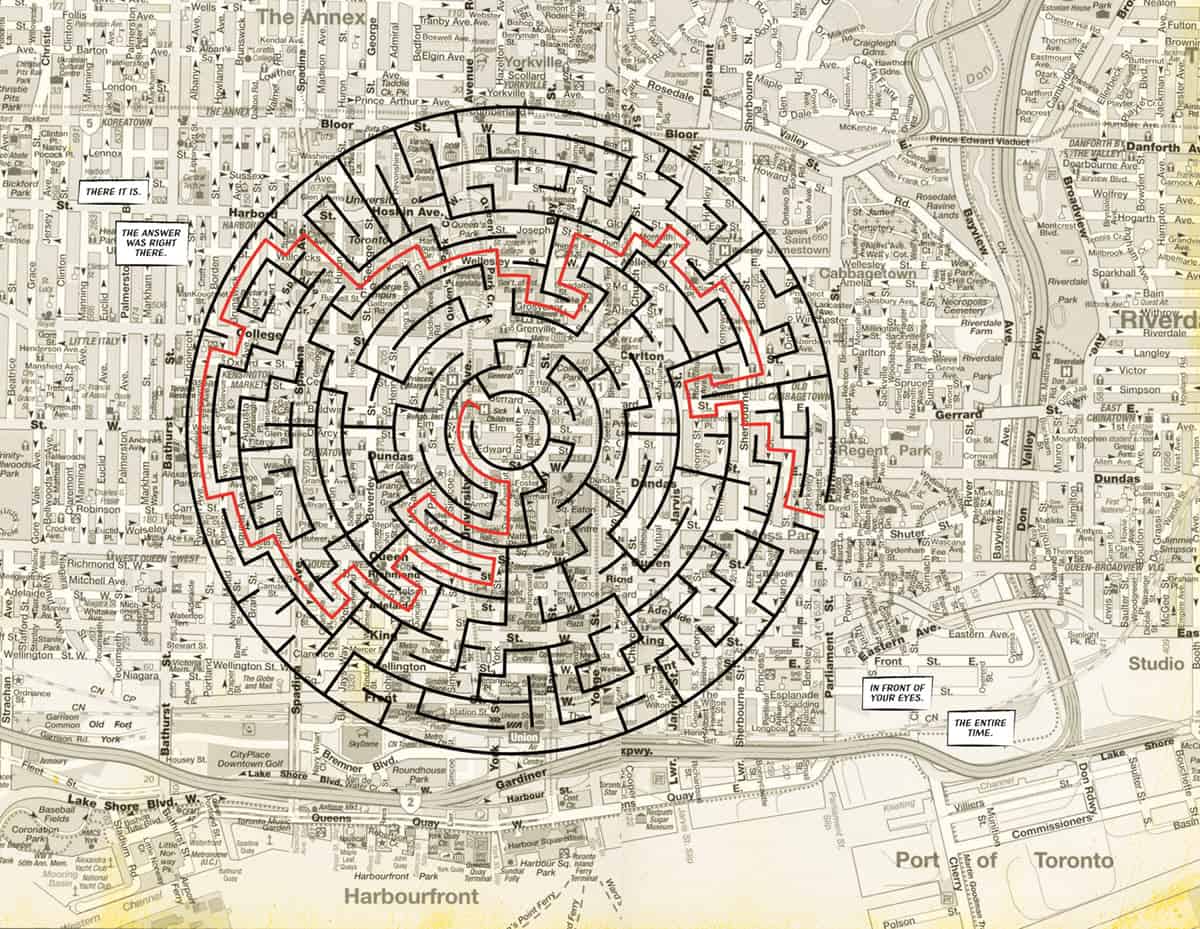 One of the issue’s shortest scenes — depicting Will’s trip to a tattoo shop — is perhaps its most effective narratively and most affective. While Will’s tattoo has dream-logic significance, it also acts to connect him to his daughter: something Lemire visually reiterates beautifully through the interpolation of images of the tattoo needle in Will’s arm and memories of IVs in the arm of Will’s faceless daughter. This moment, like so many poignant moments in Mazebook, lingers long after reading.

Mazebook #3 continues to showcase Lemire’s skill as a storyteller in this contemplative but raw exploration of grief and memory.