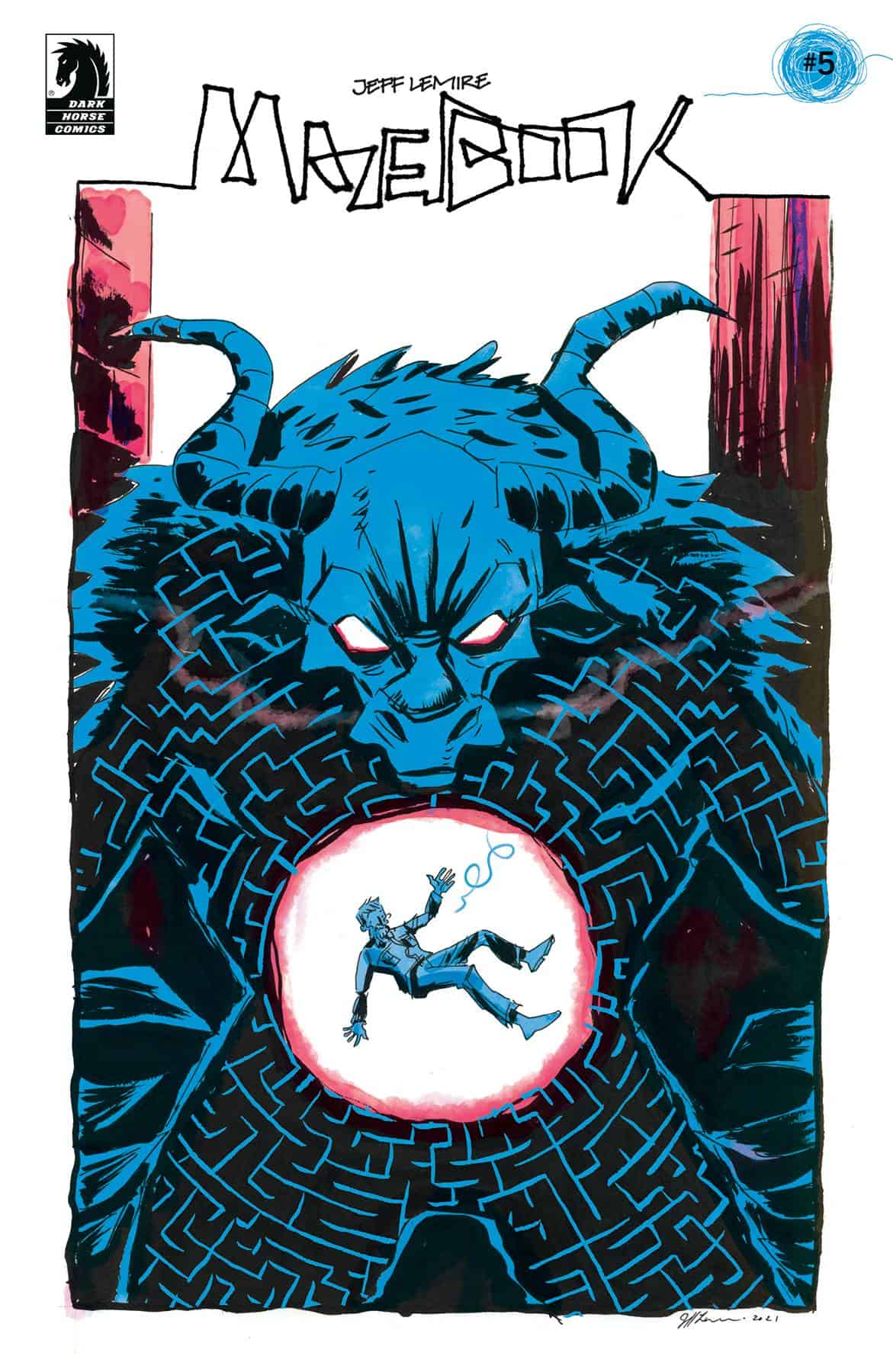 As Will continues his fight across a dangerous metropolitan maze on the hunt to find his long-gone daughter, he comes face-to-face with his own literal monsters as he tries to find her and bring her home.

Just as the finale’s cover promises, Mazebook #5 sees Will (and readers) finally confront the minotaur, Will’s daughter, and the hard reality of letting go. While the story’s conclusion may not be surprising, it feels like a satisfying conclusion to a miniseries that continuously straddles the boundary between fantasy and reality. 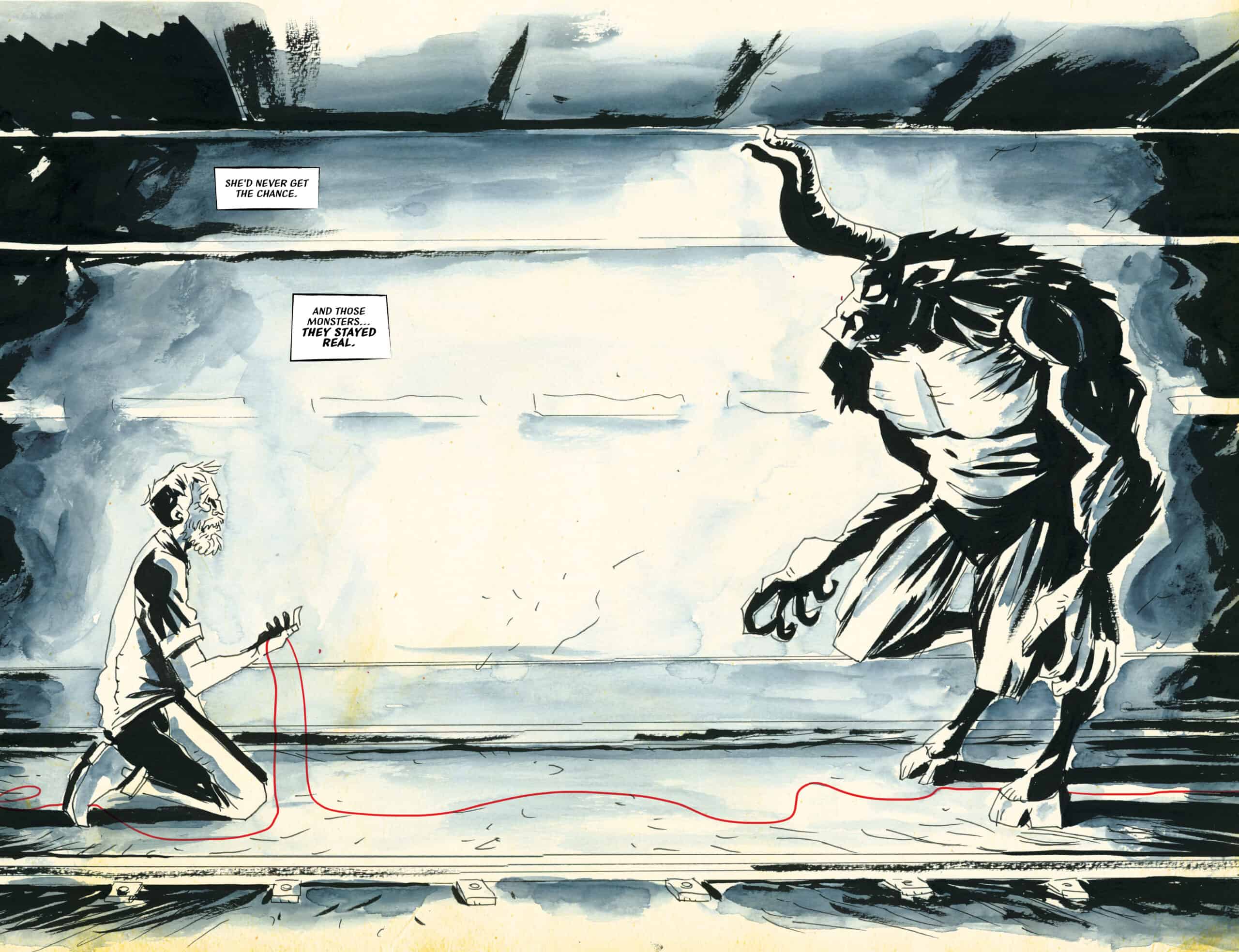 As with previous issues, Mazebook #5 runs approximately twice as long as a standard comic book. The hefty number of two-page spreads and splash pages (ten of each) feels almost indulgent, but they’re also incredibly effective on the narrative level. In part, these splashes and spreads serve to communicate the vastness of the city and labyrinth Will struggles to explore on his quest to find his dead daughter Wendy. Meanwhile, scenes featuring Wendy are between three and nine panels per page. While more dialogue heavy and more vibrant, these scenes seem simultaneously intimate and fleeting by contrast. Throughout every scene, Lemire’s emotive and excited linework lends a sense of restlessness that haunts Mazebook. 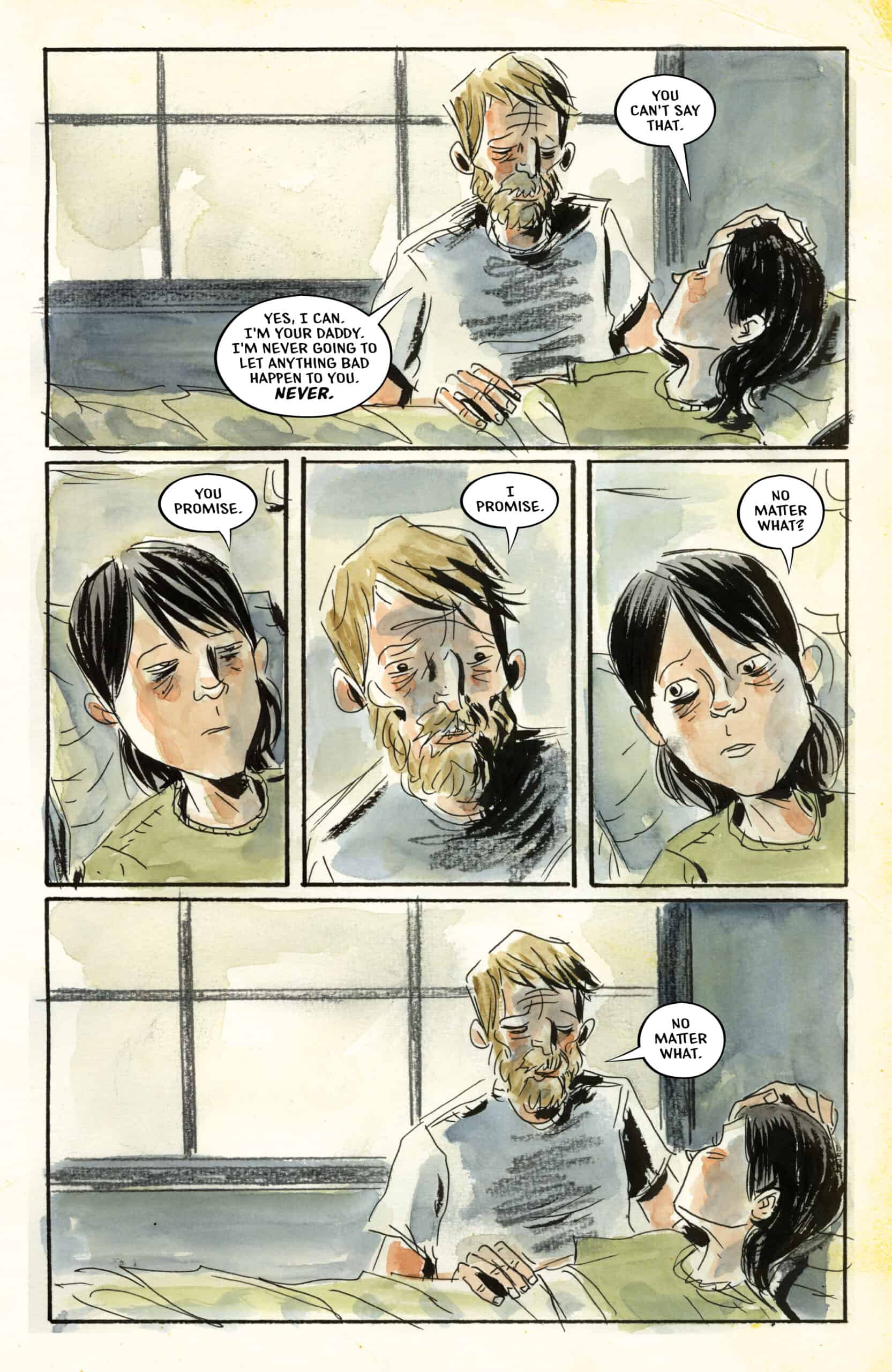 As with everything else in Mazebook, the colors throughout feel not only intentional but laden with meaning. A majority of Mazebook #5 is painted/cast in the same desaturated blues and browns of previous issues, with one notable exception: when Will is with Wendy. In these tender moments, Lemire uses an expanded color palette, seemingly suggestive of the way Will’s world only seems to come to life when Wendy is part of it. When Will is returned to the mundane world at the end of his adventure, the conclusion is hopeful but the colors nonetheless revert to their earlier, duller state. Were the world to suddenly grow colorful and the lens of Will’s grief just as suddenly disappear, the comic’s conclusion, truth be told, might lose some of its poignancy. The end, when it arrives, leaves readers with Will — forced to move on.

Mazebook #5 is a poignant conclusion to an intimate and surreal exploration of love, loss, and memory.