Meet the Skrulls #5: The Circle Will Not Be Broken 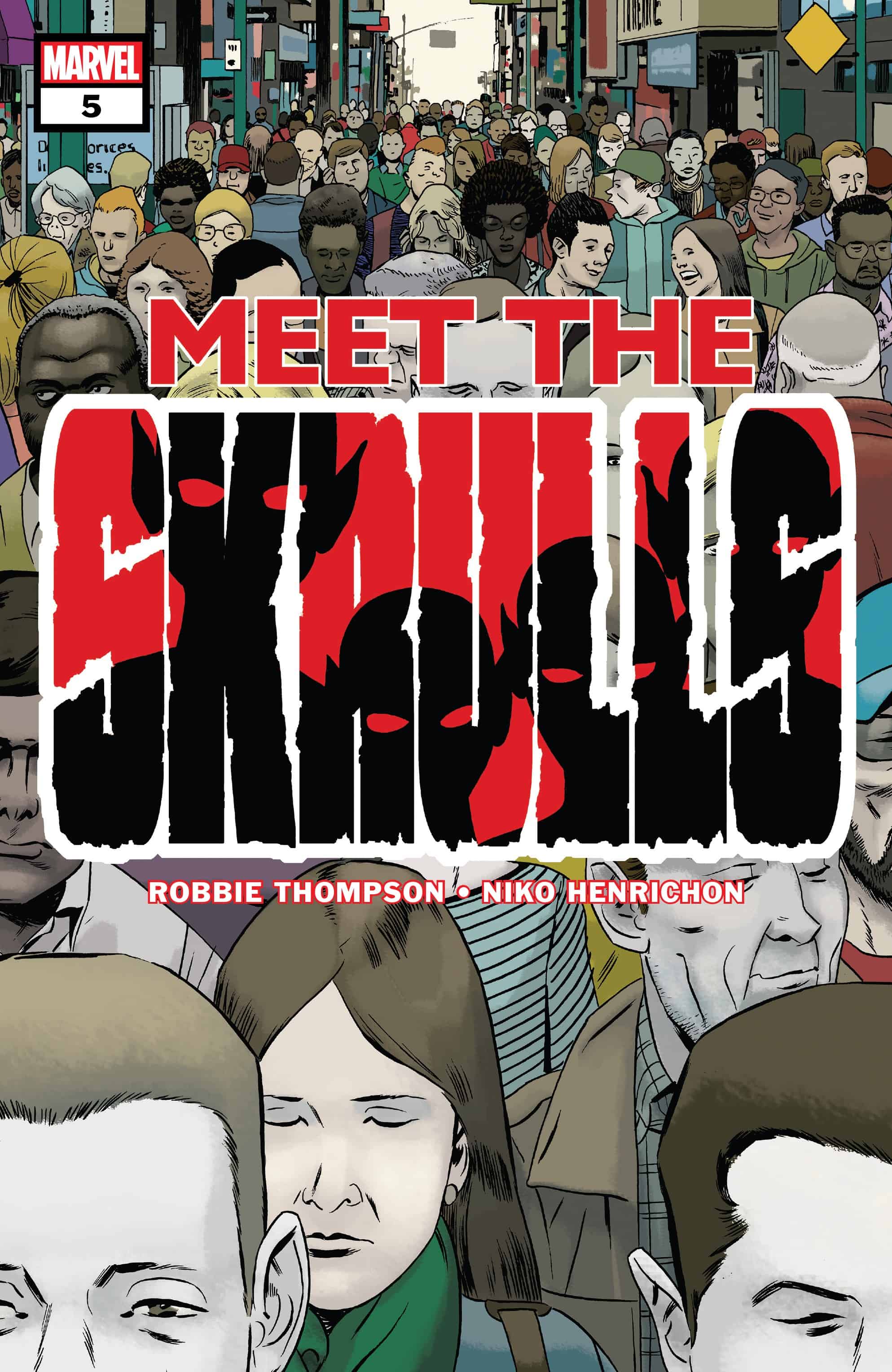 With Ivy freed from Project Blossom and the family unaware of Carl's murder at the hands of Moloth, Gloria rounds up her daughters and heads to a safe house, only to find Carl there, waiting for them! 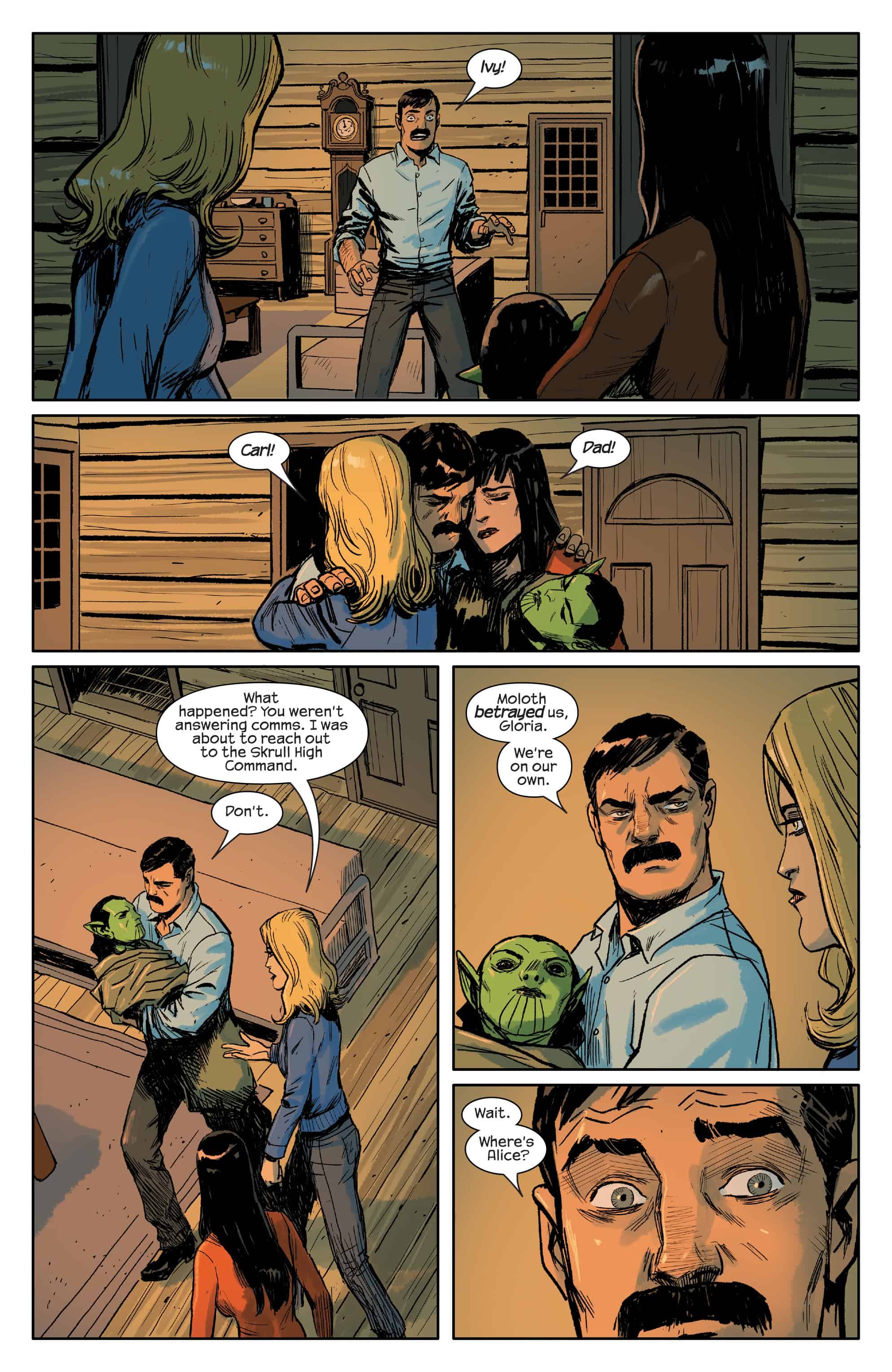 The shocking(?) revelation that Moloth is actually working against the Skrull Empire (alongside some Kree, it would appear?) to eliminate Skrull spies on Earth could have shattered the broken Warner family, but instead drew them together in a way they perhaps never have been drawn before. As the fallout continues around them, the Warner's send Moloth packing, bid farewell to Carl, and take the first steps towards just being a family for a while. 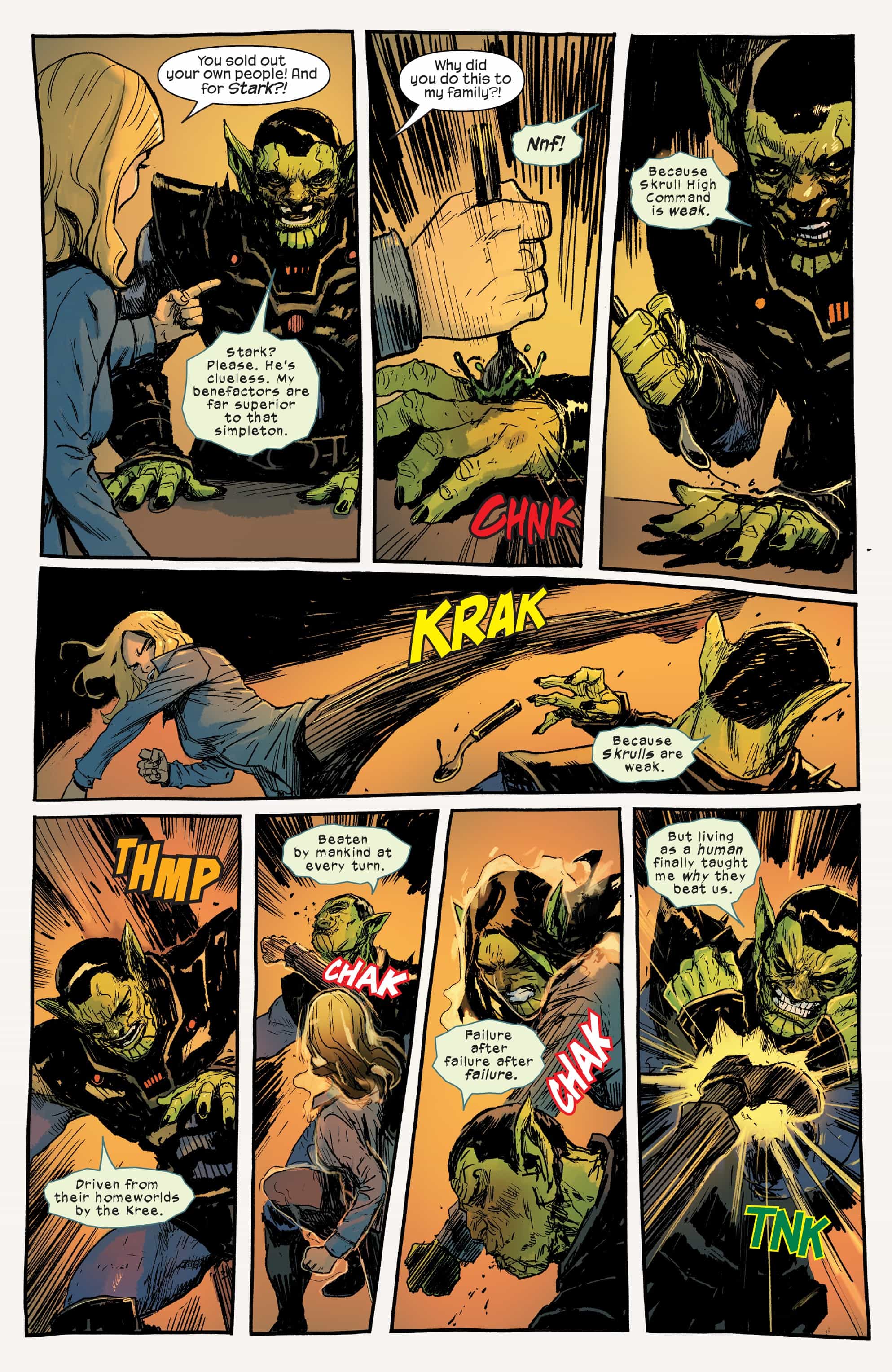 After five issues, our time with the Warner’s comes to an end with the hope of future stories. The ending is left wide open, with most players still in place and in the wind, but without sacrificing a sense of resolution for the story at hand. 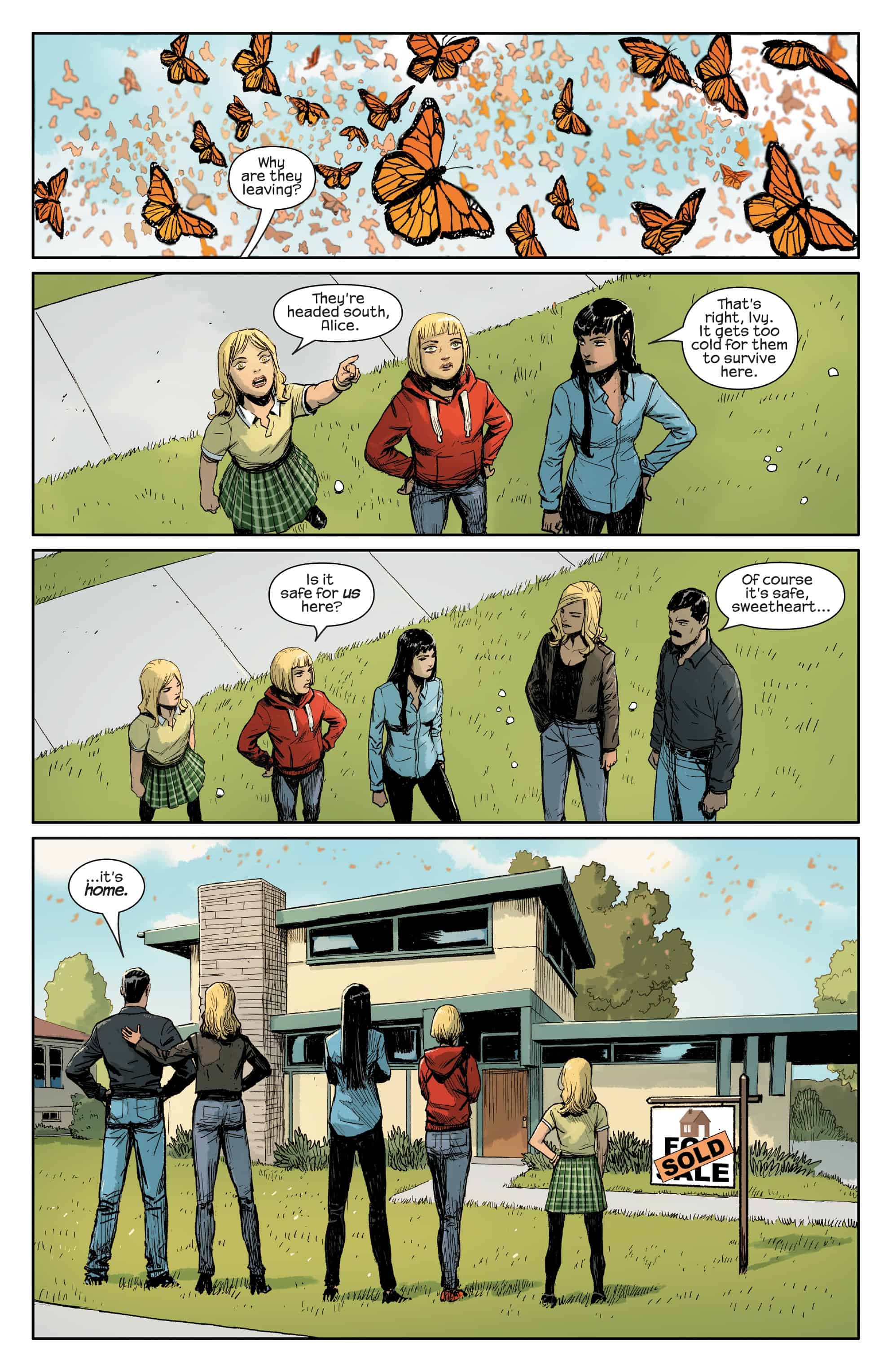 Throughout the narrative, we’ve seen the repetition of butterfly imagery. Alice’s intrigue into the butterfly migration or her transformations into a butterfly to flee are repeated a number of times and works well here as a metaphor for ugly truth of the story. Moloth’s protest against Empire is the inability to just be Moloth. Always a disguise, always an agenda not his own, these characteristics of Skrull life post-Homeworld era seem to be represented by the caterpillar. The caterpillar moves slowly through its existence, eating and surviving until the time that it can spin a cocoon and reveal itself to the world. Here we see the metaphor flow in both directions, though, as the revelation of the caterpillar is a much an inner-self revelation as the press towards beauty/conformity is a hiding of a nature. The carefully calculated dance orchestrated by Henrichon and Thompson moves through these notions of identity politics, nationalism, acculturation and assimilation with grace and ease, making Meet the Skrulls a book unlike any other on the stands today. Hopefully, sometime soon, we will catch up with Gloria, Madison, Ivy, and Alice but if not? I enjoyed the time we spent together anyway.

The finale of Meet the Skrulls is here with shocking revelations, answers, and farewells.

Meet the Skrulls #5: The Circle Will Not Be Broken