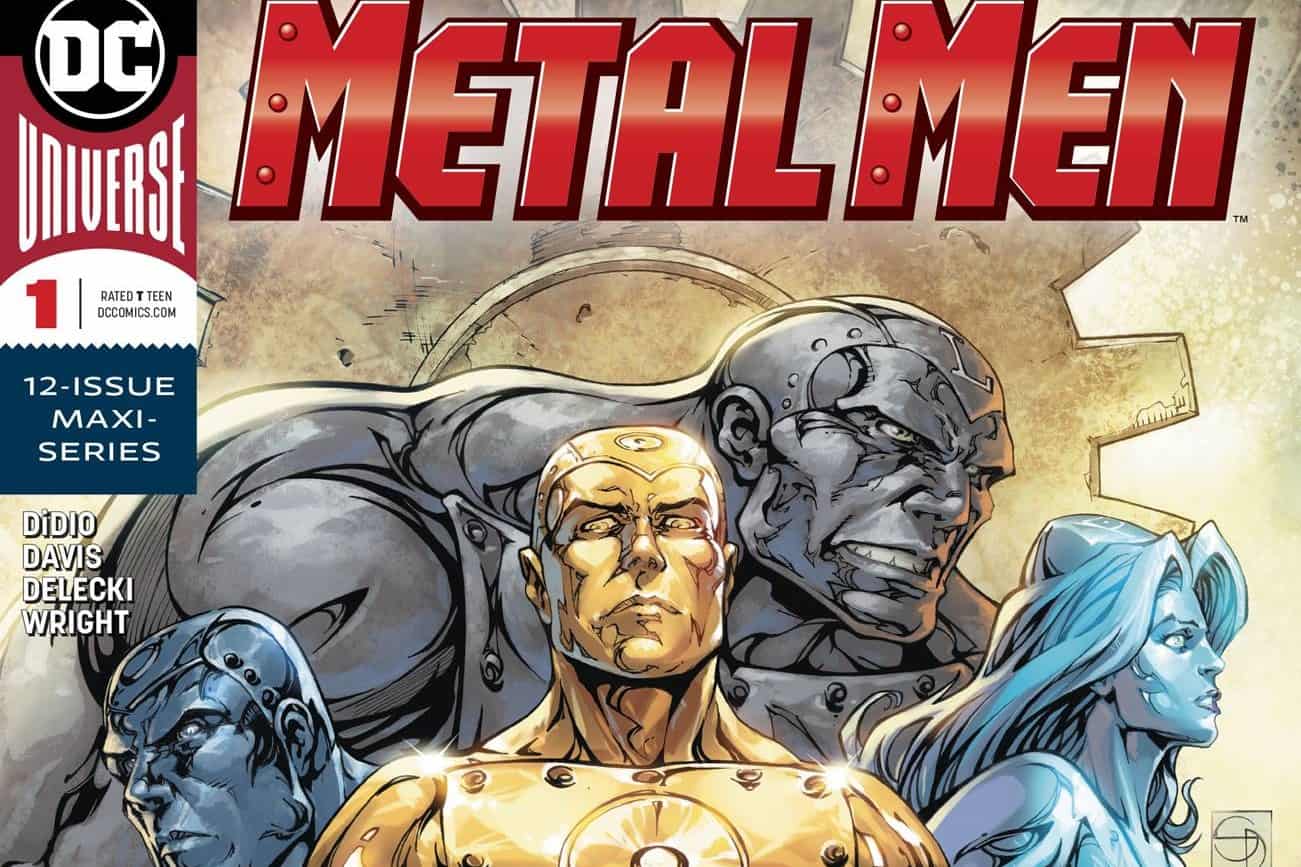 The sometimes whimsical, sometimes melancholy Doctor Will Magnus is exposed by his own creations. Gold, the field leader of the Metal Men, discovers Will Magnus's best kept secrets: a hidden robot graveyard proving the Metal Men are not quite as unique as the world has been led to believe. More than just that but the Metal Men are quite literally extensions of Will Magnus himself, each one programmed to be an exaggerated digital copy of various aspects of his own personality and life experiences.

On top of stirring up some very odd questions about Platinum and her unwavering hots for Doc Magnus, this also shows us that the Metal Men are kinda like that dude in Memento. They're living their lives as heroes while trying to figure out their place in the world as "living robots" but every time they get anywhere near the truth, boom, Magnus flips his kill switch and starts the whole charade all over again.

If that wasn't crazy enough, Challenger's Mountain is under heavy excavation and exploration as they try to uncover all the effects of it's time lost in the Dark Multiverse. As such a team of spelunking scientists come across something crazy: The Nth Metal Man! The bizarrely self aware psychic metal being is furious and demands only one thing, Doctor Will Magnus himself.

Not gonna lie, I went into this book expecting it to be the usual fluffy goof book associated with the Metal Men aaaaaand boy was I wrong about that – and delightfully so. There’s nothing wrong with that, their goofy charm and humorous tales is a big part of what has made the team so endearing over the years, so reading this book and seeing it immediately go the opposite of the norm and not fail at it was an amazing treat. Combine that with some slick art from Shane Davis and you have one killer opening to a book.

Not to mention about friggin’ time Will Magnus and Nth metal are brought together! After Geoff Johns dug into what Nth metal was truly capable of during “Return of Hawkman” and it being expanded upon during the bluntly named Metal event, I refuse to believe I’m the only one who has wondered what would happen if Magnus made one of his signature Metal Men out of it and now we’re about to find out.

Metal Men #1 [Didio/Davis/Delecki/Wright] Sinister secrets, dope robots and some Dark Multiversal mystery what more do you really need from a new chapter of the Metal Men?