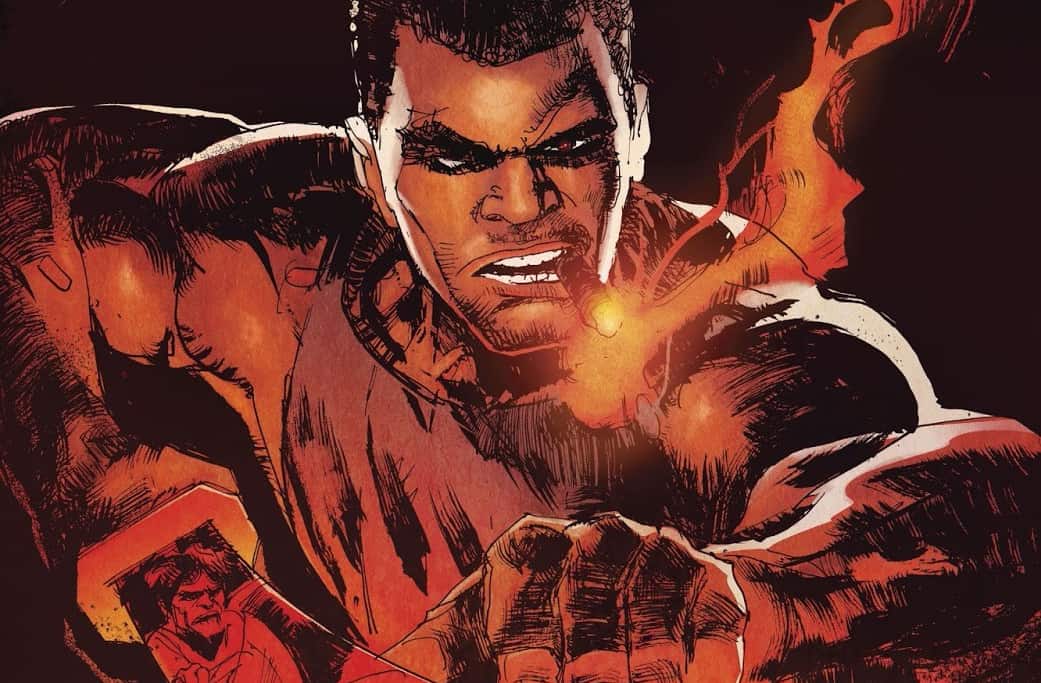 In yet another issue of Deathblow kills the DC Universe the titular hero is taking on yet another famous hero turned villain by the magic of the multiverse, this time around it’s a familiar face, the king of Atlantis! Arthur Curry the Aquaman! 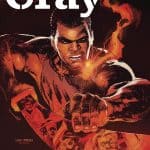 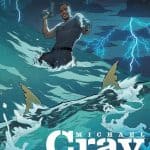 Michael Cray has been contracted by Trelane to kill various murderous metahumans across the world, it started with PTSD afflicted billionaire Oliver Queen, and was followed by scientist turned speedster Barry Allen, now in his sights is the mysterious gene-spliced Aquaman!

We open on a strange scene, a crowd is gathered around a boat on a beach, a young woman boards the boat and is pushed out to sea, as she floats gently out on the tide, she gently whispers. “For my sacrifice, the bounties will come.” 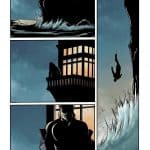 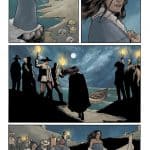 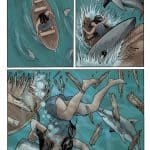 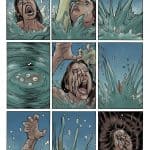 Suddenly a trio of sharks attacks her boat, shredding it to splinters, as the woman screams in terror a webbed hand reaches up from the inky depths. She has time for one final grisly scream as she dies. The water stills as pieces of her body float to the surface. A lone figure climbs out of the water, grimly looking back he says one word. “Feed.”

The next morning the townspeople come out to the beach, it is littered with fish, their sacrifice has been rewarded, their bounty received.

Holy crap the rest of this issue is killer, Cray gets in a swordfight with a bunch of ax-wielding maniacs, no joke. Read this issue! 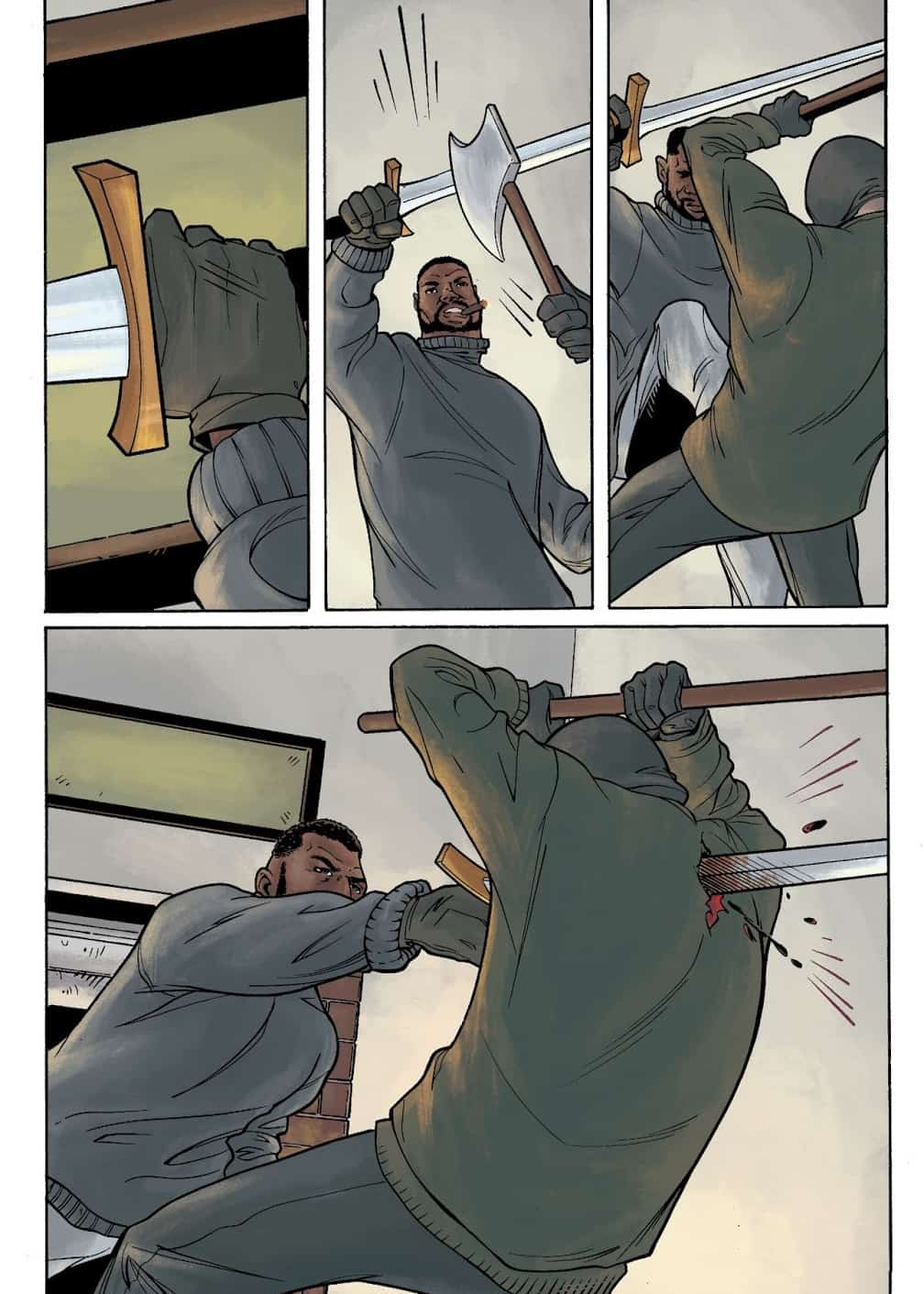 I’m the first one to admit I was down on this series, but this issue is stellar! I really didn’t like the Barry Allen arc but this issue has me excited about the series again! The Curry scene at the beginning was super insanely suspenseful and good and really piqued my interest.

The fight at the end was amazingly good too, I never thought I would see such a fight with one man with a broadsword vs a bunch of guys with axes, but boy was it satisfying.
Also interesting to note this was the second time where Cray reached out with the intent to use his powers and was successful. Also notable this is the first issue where Cray’s race wasn’t brought up, which I appreciated. I’m not against minority superheroes by any means, but when that becomes their whole thing it can get a bit monotonous, and usually seems to contribute to poor storytelling in my opinion.

Like the twist to Aquaman’s story, a large of part of why I didn’t like the Barry Allen arc was the unibomber style attitude the gave him, combined with the art, which improved monumentally this issue.

Great step in the right direction, if the series continues being this level of quality I will be back on board in no time! Glad the team turned it around!