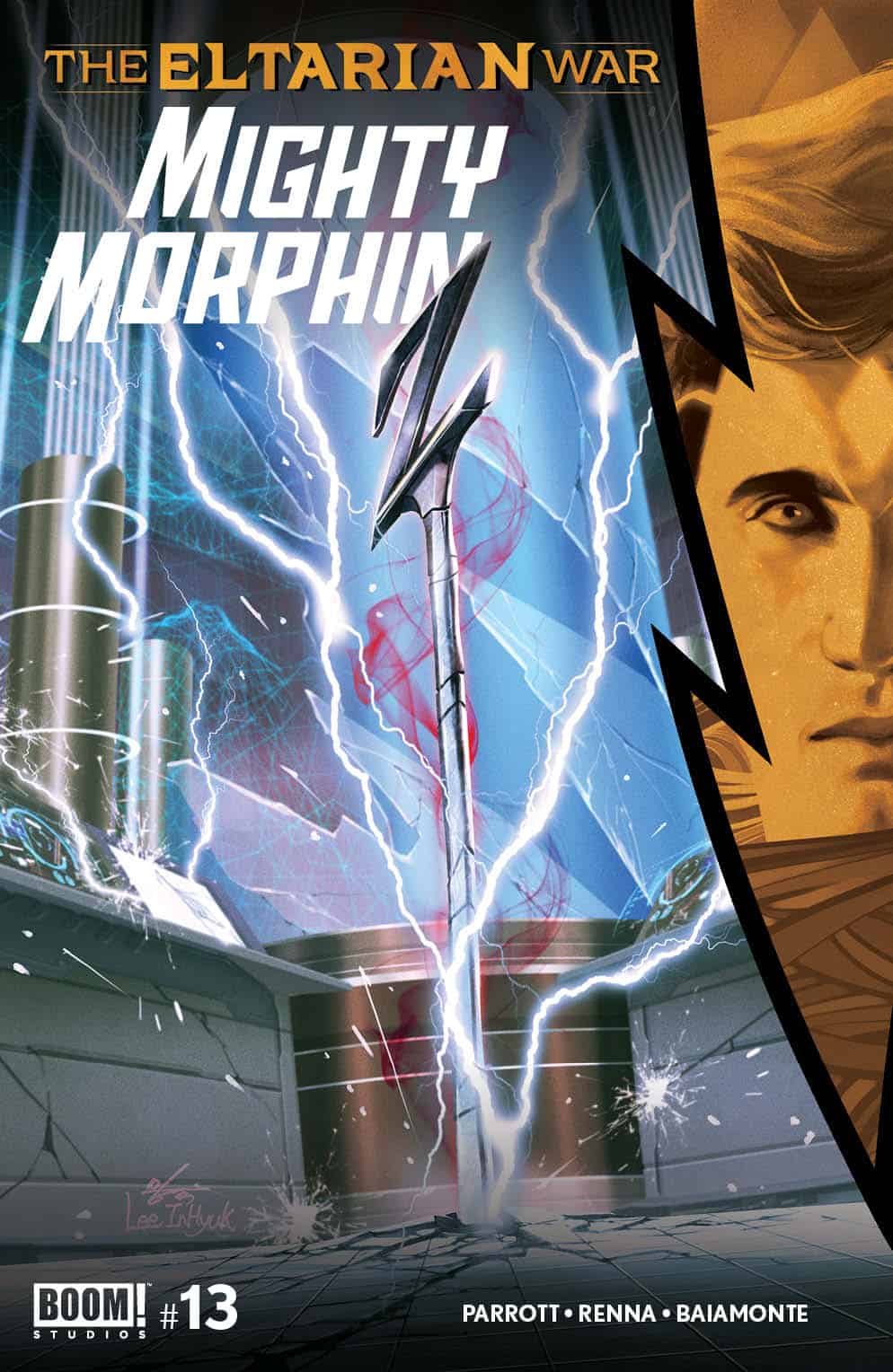 THE ELTARIAN WAR IS HERE!

It’s all been building to this, the inevitable showdown between the Power Rangers and their allies and the biggest threat they’ve ever faced – the Empyreals. And yet, the shocking conclusion of the first year of Mighty Morphin may have ended the war before it even began decimating the very heart of the Power Rangers. Can the Rangers move past their betrayals in order to save Earth and the universe itself? Acclaimed Power Rangers writer Ryan Parrott, along with artist Marco Renna, debuts the Power Rangers event that will decide the fate of every Power Ranger across the universe – The Eltarian War!

Zordon is gone. Without his guidance, the Power Rangers are left to their own devices and it’s not looking good. Enter: Grace Sterling.

There’s a lot going on in this issue beyond Grace taking control. We learn more about Lord Zedd’s history, we watch three of the Rangers fight Sentry Force Four, and Bulk tries to cheer up Skull. But surely the star of this chapter is Billy, who has several “secret science projects” in the works. Including a possible way to bring back Zordon. It’s a little disappointing how the creative team wrapped up the suspenseful cliffhanger from last issue, where Billy watched as Zartus shattered Zordon’s tube as we see that Billy has managed to sneak away during the chaos. The Annie Wilkes in me is all “he didn’t get out of the cockadoodie car!”

There’s a very fun battle between Kimberly, Adam and Rocky and Sentry Force Four where we learn a lot of little details about the antagonist team. Zag, for example, flirts a bit with Adam indicating he may be queer (although the sexualities of Eltar haven’t been explored before, so they may all be pansexual for all we know). Zenith hates Earth so much she won’t even step foot on it, instead opting to flit around the sky like the Wasp. There’s also some cute back-and-forth with Rocky and Zeta, the Sentry’s leader and resident swordsman.

My main complaint with this issue is that there’s a lot going on and a lot of characters. This isn’t a tight-knit story like in Mighty Morphin‘s sister series Power Rangers, which explores a cast of four or five characters. Characters like Tommy and Aisha aren’t given much to do here while the primary antagonist also deserves more page-time. And now we have Baboo, Squatt, Goldar and Finster in the mix. But I’m still very excited for the rest of this story, and I’m sure “The Eltarian War” will read far better in collected form.

The art is great as always. There are little moments that I just adore, like Billy looking closely at the computer screen because he doesn’t have his glasses or the completely incompetent and goofy look Renna gives to Squatt. The action scenes are all very cohesive and easy to follow. I know the amount of characters is one of my minor complaints about the issue, but it’s lovely to see all these new characters exhibit cool, unique powers like the Sentry Force Four.

A lot happened in this issue of Mighty Morphin, maybe even too much. But "The Eltarian War" is only just beginning. Things look bleak for the Power Rangers, but as Lord Zedd says, "...something will happen."