Mighty Morphin #14: Baboo’s a Lot Smarter Than I Expected 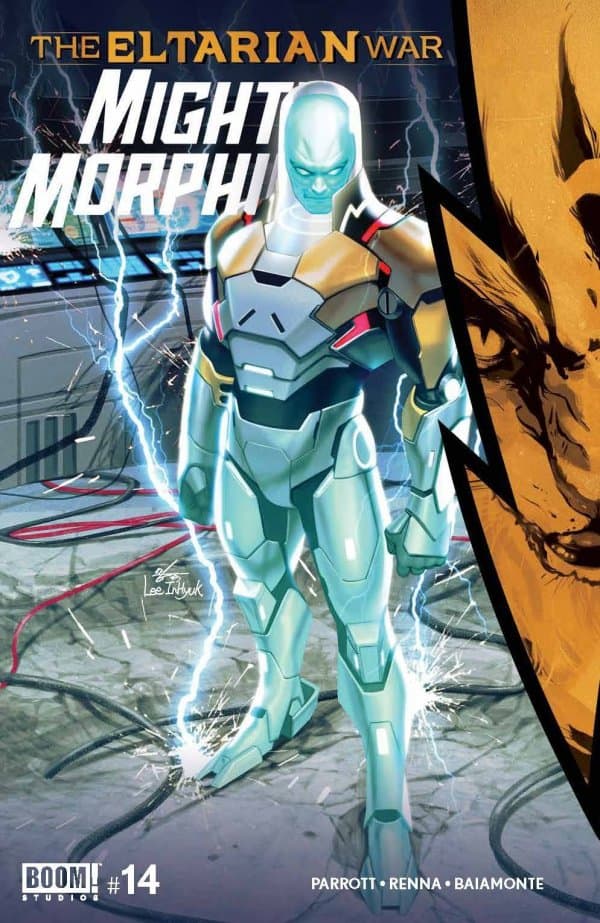 With the destruction of Zordon's tube, the Mighty Morphin team seeks new allies to help them in the Eltarian War.

But with Lord Zedd at their back and the Eltarian Supreme Leader gathering his forces to launch a massive attack on the Earth, can the Rangers survive being surrounded on all sides?

The Eltarian War continues to impress with a key story arc featuring Billy and Zordon and several mini-subplots featuring pretty much every other character. As I’ve said before, I really enjoy that characters are given little chances to shine. Especially characters like Rocky, Adam and Aisha, who were often overlooked in the original Mighty Morphin Power Rangers days. This was very noticeable when I rewatched the original Power Rangers film last night. Sure, Adam gets the cute “I’m a frog” moment, but Rocky and Aisha were glorified window dressing. It always bugged me as it was disservice to the characters and the actors.

But the BOOM! Studios comics have done a fantastic job breathing new life into these characters. In this issue, it’s Rocky who gets to shine as he (sort of) bonds with Goldar. It’s a pairing I never imagined, but I really dig it here.

We also get a chance to see Lord Zedd’s other henchmen ponder their lot in life. Baboo proves to be one of the most intelligent and competent of the villains. He’s one of those characters who, like Rocky, was never really fleshed out in the TV series. And although he was depicted as a goofy dimwit alongside his partner Squatt (still a goofy dimwit here, but very funny), his BOOM! Studios version has felt fully realized as a slightly sinister alchemist. I’m very excited to see where he and the other henchmen go from here.

Once again, however, Billy steals the show as he and the Blue Emissary attempt to reason with a Zordon who is trapped in his own memories. Billy’s interactions with a younger Zordon are very intriguing considering all that has been set up before with the two. It’s one of the best parts of Ryan Parrott’s storytelling, the relationship between Billy and Zordon.

We end on another cliffhanger, but I’m glad that this time it does not involve the Power Rangers somehow escaping certain death. Instead of a cliffhanger to keep us on the edge of our seat, we can feel invigorated and optimistic as the Rangers are given a possible solution to the Eltarian War.

In times of great crises, a leader steps forward to pull the troops together. That leader? Baboo of the Evil Space Aliens. Who would have thought he had it in him? We also get more of Billy's quest to find Zordon, and the rest of the Rangers plot an attack on Zartus's forces. This is an exciting story arc by Ryan Parrott, who manages to give every character a chance to shine in one way or another.

Mighty Morphin #14: Baboo’s a Lot Smarter Than I Expected