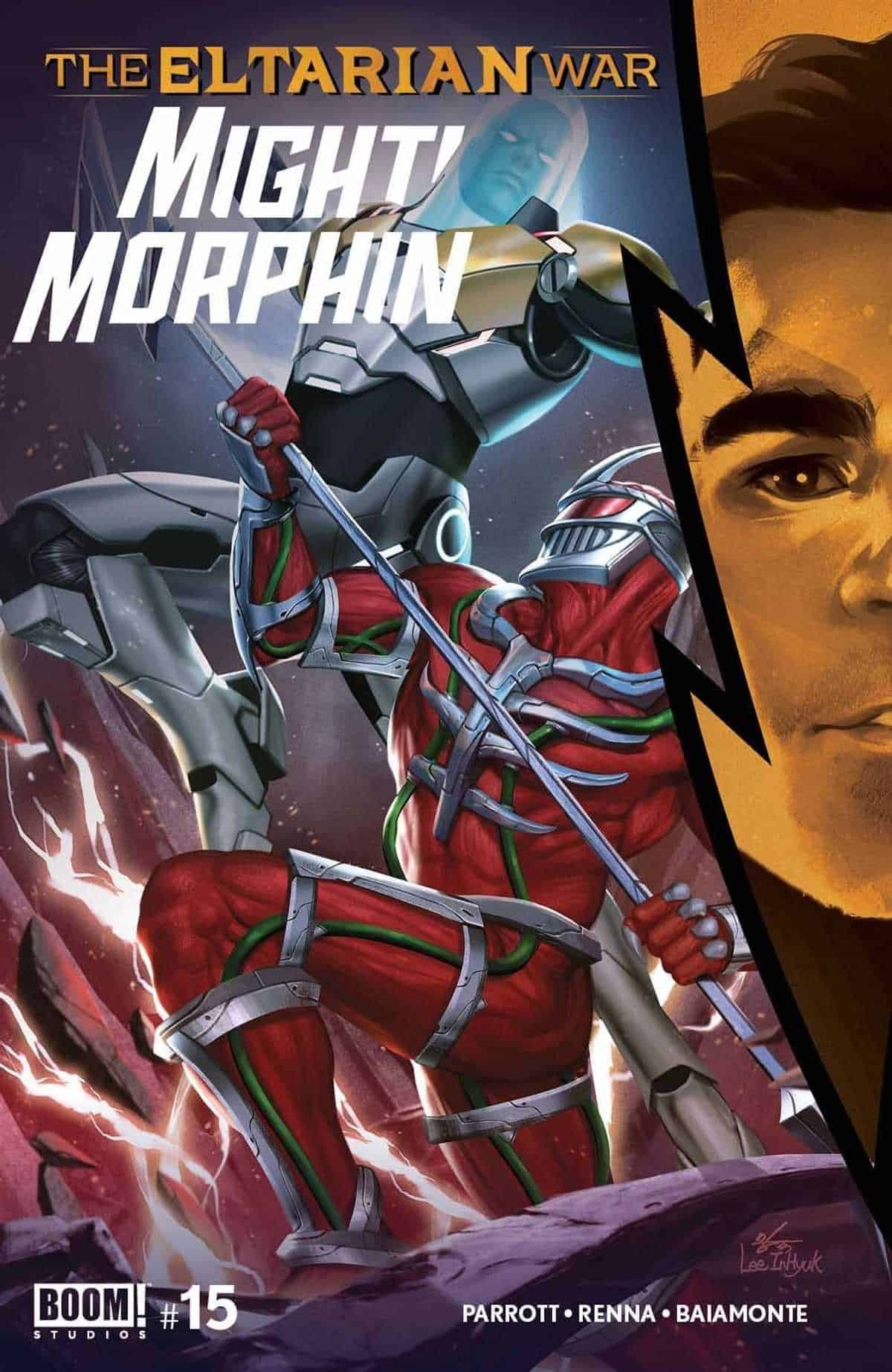 I’ve always found Mighty Morphin to be slightly superior to its sister series Power Rangers, and that continues to be the case in this week’s exciting Mighty Morphin #15. There’s still a LOT going on with the Eltarian War, but this chapter felt more concise with two key plots.

First, there’s Zordon versus Lord Zedd. As I said with Power Rangers #14, it’s so damn cool to see Zordon out of the stasis tube and kicking Evil Space Alien butt. Here we have him facing off against the Emperor of Evil, Lord Zedd, who himself has really developed over the past few months. I’m torn on Zedd, really, because I always loved the mystery behind this frightening overlord as a kid. But it’s been quite a journey seeing Zedd’s true origins throughout this run and how it ties to Zordon. I’m very curious if Power Rangers as a series will continue on with this backstory in future incarnations.

There’s a little bit of frustration when it comes to the Zordon vs. Zedd fight, because we as the readers have seen what happened between the two (and Zartus) through all the flashbacks. But I’d hate for someone as commanding and tyrannical as Zedd to be reduced to just a victim of deceit. I don’t think that’s where Ryan Parrott is heading, but it is something to ponder.

The second key plot is the battle with the Empyreals. I’m still in in love with the Empyreals’ designs, but the writing certainly depicts them as major threats. Zartus has now lost control of the Empyreals and they plan to “renew” the entire universe. This is a scary predicament that I’m really intrigued to see how the heroes manage to overcome. The fight scenes are fantastic as usual; Marco Renna has a real talent for action.

This comic series continues to impress with it's high-stakes plot, flashy action and exploration of a classic villain from the TV series.