Mighty Morphin #16: My Kids Are Hungry 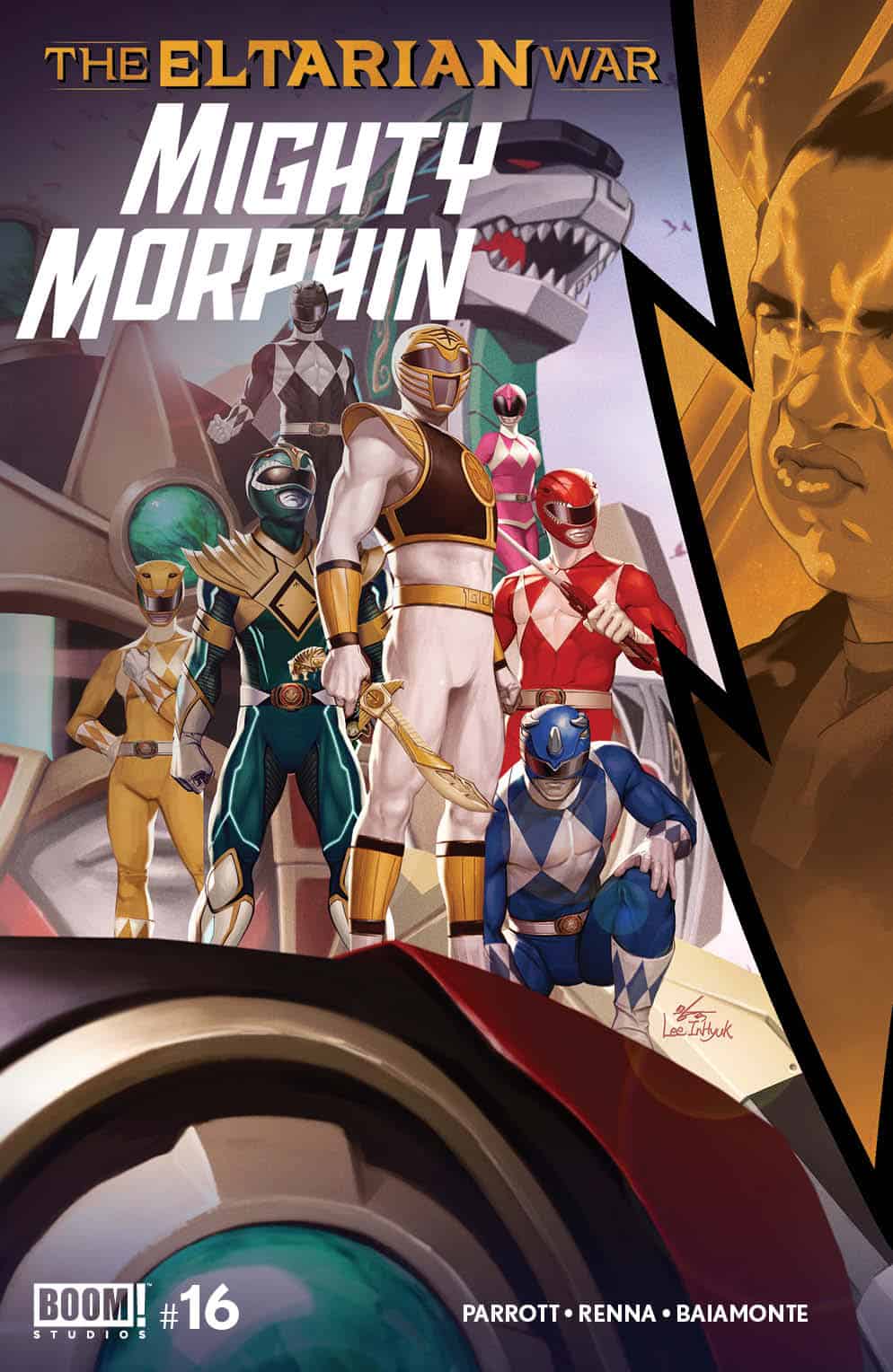 THE PENULTIMATE CHAPTER OF THE ELTARIAN WAR!

In the aftermath of the battle, the ideologies of Lord Zedd and Zordon clash, despite a moment of mercy.

As the Eltarian War approaches its end, long-awaited emotional resolutions will launch both Mighty Morphin and Power Rangers into the future, but the relationship between two Rangers takes a turn that neither may recover from.

I didn’t realize how long The Eltarian War had been going on until I read this issue which is a big credit to Ryan Parrott and company for keeping the excitement flowing for this crossover. I am definitely ready to move on from Zartus, but this story has been a wild ride with revelations about Lord Zedd and other characters that leave infinite possibilities for future stories. I’m hoping we can start seeing an evolution of the Power Rangers – perhaps with the Zeo Rangers showing up at some point, and the Machine Empire. I feel Zedd is falling into the trap that Rita did where he is starting to feel a bit overused. I know this arc gave us Zartus, but I hope we get more villains from the TV series popping up. Astronema and Ecliptor appearing last year was truly delightful.

But let’s not move ahead of ourselves: let’s talk about this ish. It’s very much hitting the climax of The Eltarian War, with Zartus, Zedd and Zordon having a showdown on the moon and the Power Rangers receiving help from a very familiar face (two, in fact!). We knew Drakkon would pop up again eventually, but I really liked how he came in, did his thing, then left. He had some fantastic development earlier in the series, but a character like Drakkon is very easy to overuse. He also now has vampire minions, the Horrid from the earlier story arcs. 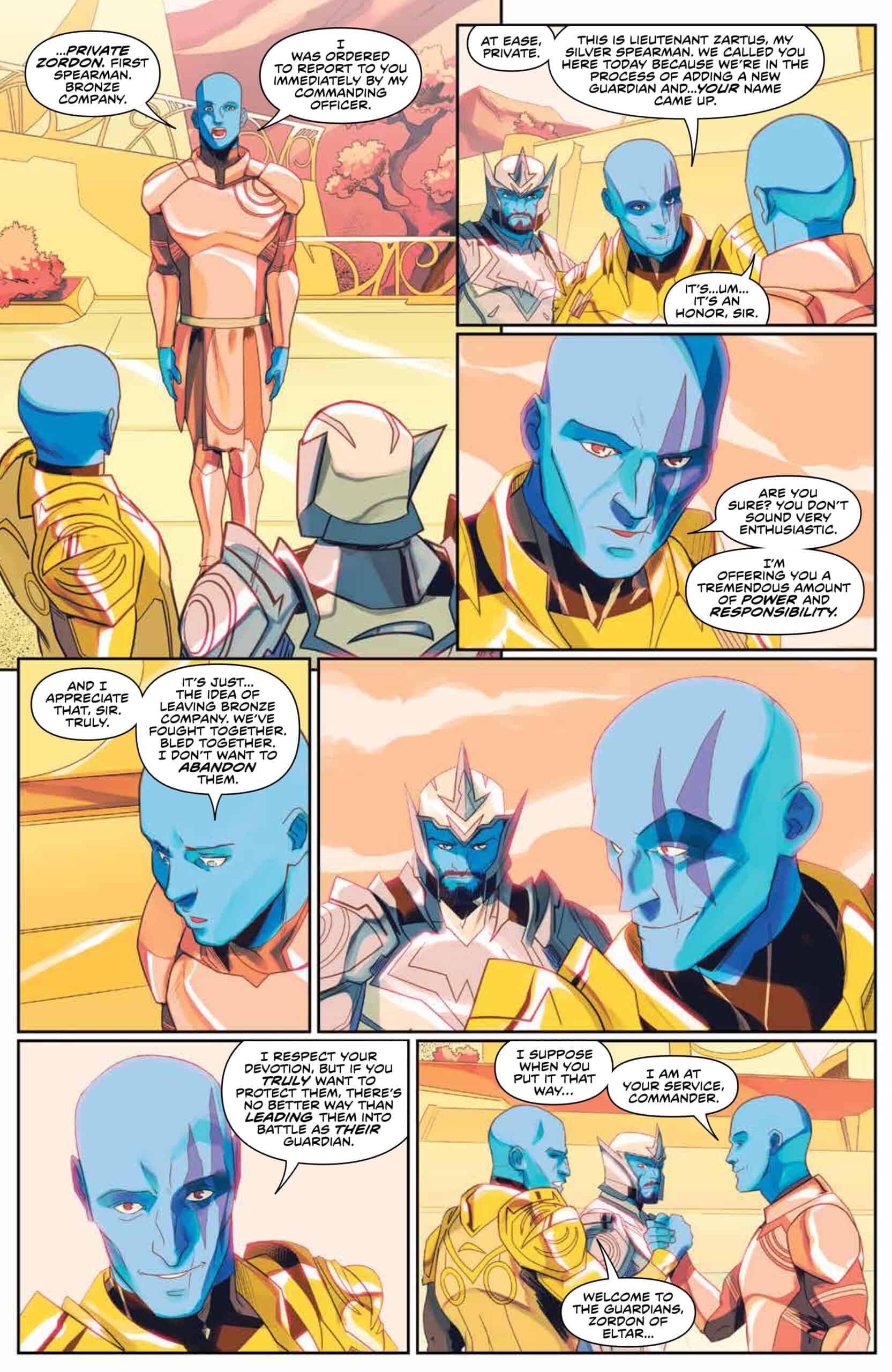 I do really enjoy how the flashback sequences are sprinkled throughout each issue, usually at the beginning of each single. This allows for the political intrigue of becoming a Supreme Guardian to remain in our heads as we read each one. I read a LOT of comics each month, so that would have likely fell right out of my noggin if it wasn’t there for me at the beginning of each issue. And I dig the conflict between Zordon and Zartus. I’m not sure what will become of Zartus ultimately, or what I want to happen to him. All I know is that I’m ready to move on for the time being.

The Rangers don’t really get to do much beyond getting knocked around and then rescued, but they have had some great feats throughout this event so I can’t be mad about it. The art and coloring has remained consistently great, and I cannot wait to get the collected form of the crossover. We still have one issue left to wrap up loose ends, but I’d say The Eltarian War has been quite a success.

Zordon fans unite! This crossover has been the perfect opportunity to get to know Zordon's past, with key figures like Zartus and Zophram having huge impacts on his existence. Zordon even gets a body and gets to kick major butt. The Eltarian War is a true love letter to the Power Ranger's mentor, breathing new life into our favorite giant floating head.

Mighty Morphin #16: My Kids Are Hungry