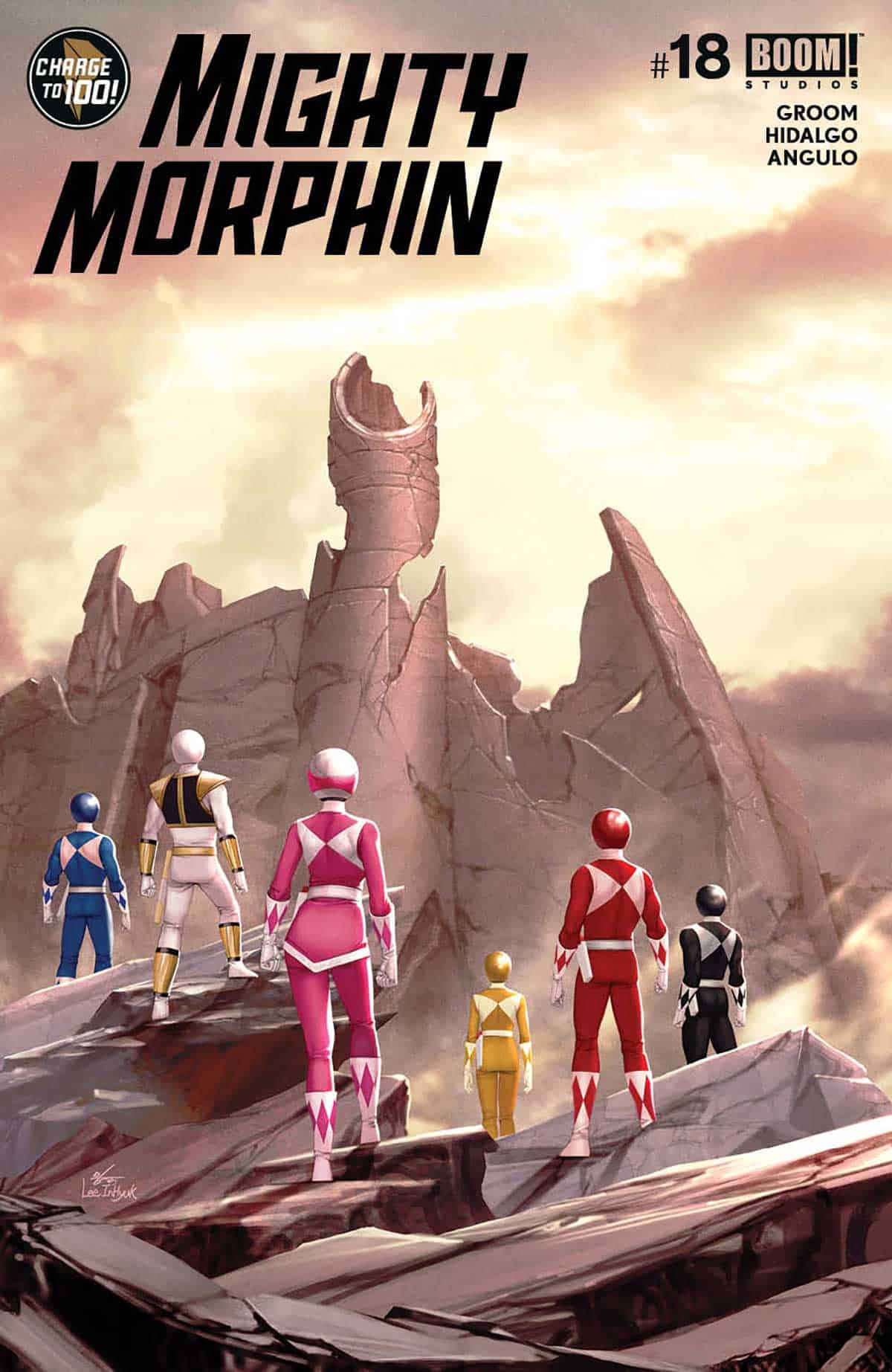 With the combined efforts of Promethea and the Zords protecting the Power Chamber, Rocky, the Red Ranger, and Matt, the Green Ranger, wait in tense anticipation for the return of the Away Team. Emotions run high as Zordon acknowledges a hidden history involving him and Promethea, and how much the War has affected him, while Rocky is torn on different responsibilities that might be irreconcilable without help...

In a total sitcom moment, Rocky concocts a scheme to have Matt help with his young siblings. I can’t really remember many interactions between the two young men prior to this one, but pairing them up as best buddies is a great evolution for both characters. Rocky has always been one of the more underrated and underappreciated Power Rangers in the series, so him finding friendship outside of the core Power Rangers team can lend to some great potential stories going forward. The comics have always portrayed Rocky as a jokester and comic relief character, so I’m looking forward to more development from him.

The plot with the Power Rangers felt a bit disappointing. It’s clear that the creative team wanted a way to focus on Rocky so they shipped the other rangers off to space which is fine, but seeing this plot stall out for them to go to another planet is a bit of a letdown. I really liked Aisha taking center stage as she tried to reason with the octopus-like race. Aisha, like Rocky, is an underrated ranger who deserves far more attention and care than she received in the show, and the comics are doing a great job with that. I hope we get some more Adam in the near future, though.

The art by Moisés Hidalgo is very charming in this issue. I’m noticing some inspirations from anime throughout the story which brings a new level of fun to the series. I also really enjoyed the designs of the octopus-like beings of Aegus V.

Aisha notes that she's finding her groove, and writer Mat Groom and artist Moisés Hidalgo are doing the same as they develop a friendship between Rocky and Matt that will hopefully last for issues to come. And if that wasn't enough, we have the promise of King Aradon's arrival on Earth to look forward to for next month.