Mighty Morphin #19: Hairdresser to the Stars 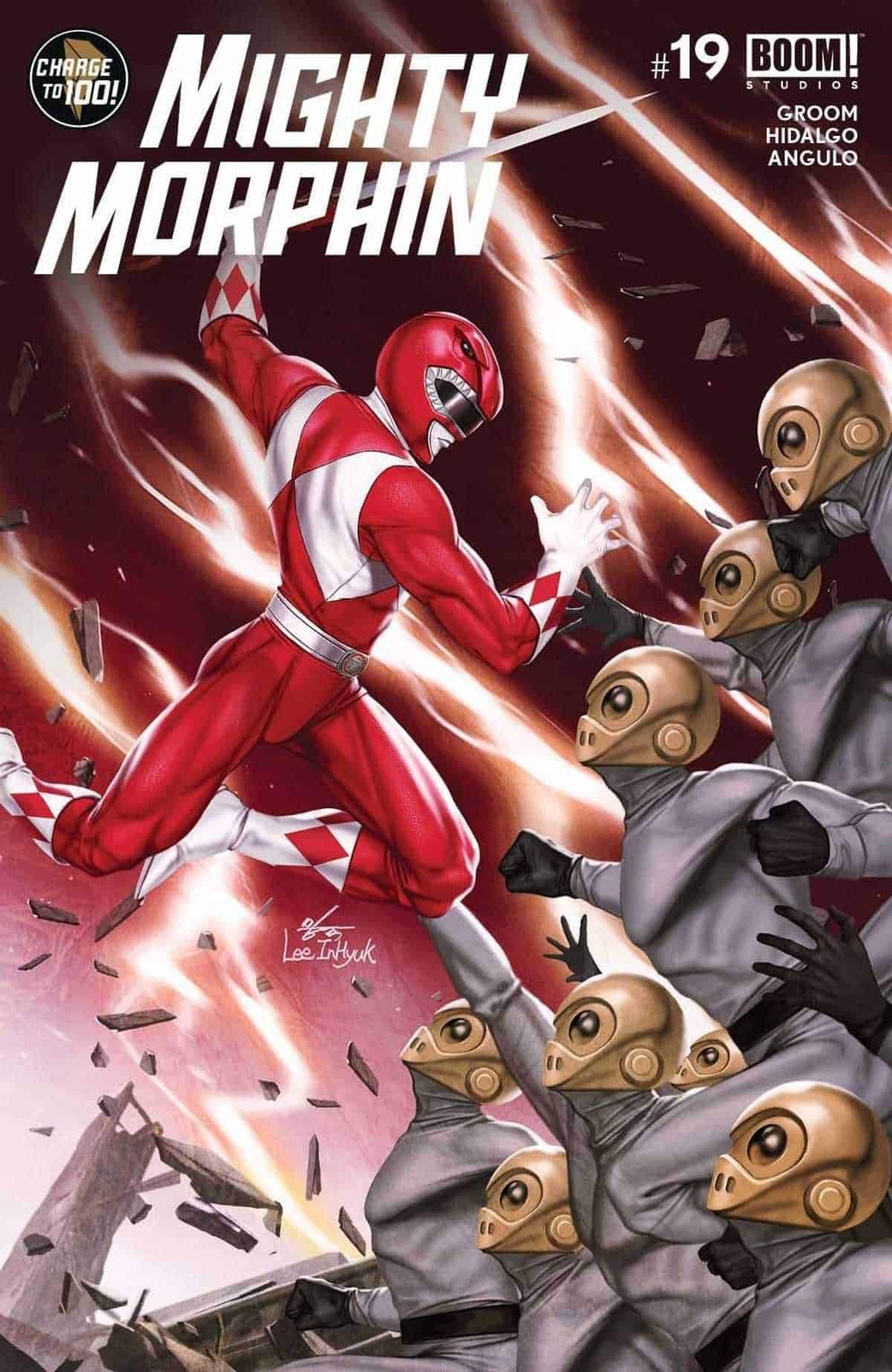 Rocky, Matt, Zordon, and the children have a moment of relative safety in the temporary Promethea Base, but it can only last so long as the force field holds... Meanwhile, plans go into motion over the capital planet of the Lion Empire while conflict erupts back on Earth. Can the Rangers hold the line against King Aradon and save the damaged Power Rangers Headquarters?

As I said in previous reviews for this series, I’m so thrilled to see a villain who had never actually appeared but was sporadically mentioned in the Power Rangers Zeo season (one of my personal favorites). A rival to King Mondo of the Machine Empire, King Aradon wants to prove to Dark Spectre that he’s worthy of joining the United Alliance of Evil over his nemesis. How will he do that? By conquering Earth, of course! We get some great action sequences between Aradon and Matthew, with the automaton clearly overpowering the second Green Ranger.

I enjoyed Aradon’s characterization quite a bit – sharp, sassy, but with an underlying menace that makes him a formidable opponent. He also has his henchman, Count Karnakus, but I wish we got to see more of Aradon’s forces. The Machine Empire has such a colorful cast of characters such as Mondo, Queen Machina, Sprocket, Orbus, and the very lovable Klank. I’m hoping we get more Aradon in future issues, especially with an appearance by his daughter Archerina, who was a highlight of the Zeo season.

There’s also the subplot with the Rangers (minus Rocky) that I found a slog at first, but once Tommy and Aisha split off to fulfill their part of the plan, the story felt re-energized. Alpha 5 in particular has a great scene that I won’t spoil, but he manages to save Tommy’s bacon in the best way possible. My one complaint about the art by Moisés Hidalgo, which is very good in most aspects, is that I sometimes mistake Tommy for Kimberly. Their hair colors and styles are very similar, and the color of Tommy’s t-shirt gives off a pinkish hue.

By far the best part of the issue is the end, where we see Rocky leap into battle. Zordon has always had a rule where others cannot know the teens’ identities. However, as he points out in this issue, their world is changing and with it, the rules. On a side note, it’s crushing to see such a somber and listless Zordon. The past events have clearly impacted him, and he’s desperate to make sure no Rangers fall in duty. Rocky bonding with his siblings is heart-wrenching. The TV series never really spent much time with any of the Rangers’ family lives, but I absolutely love how the comics have shown the fear each of them feel about losing their loved ones and the duty they feel to protect them. Rocky is a true hero, and I’m so glad we’re getting more of his story told than the show ever attempted.

Three issues in and Mat Groom has found his groove, giving us a fantastic character-driven plot with Rocky DeSantos, one of the most underrated Power Rangers in the franchise's history.

Mighty Morphin #19: Hairdresser to the Stars