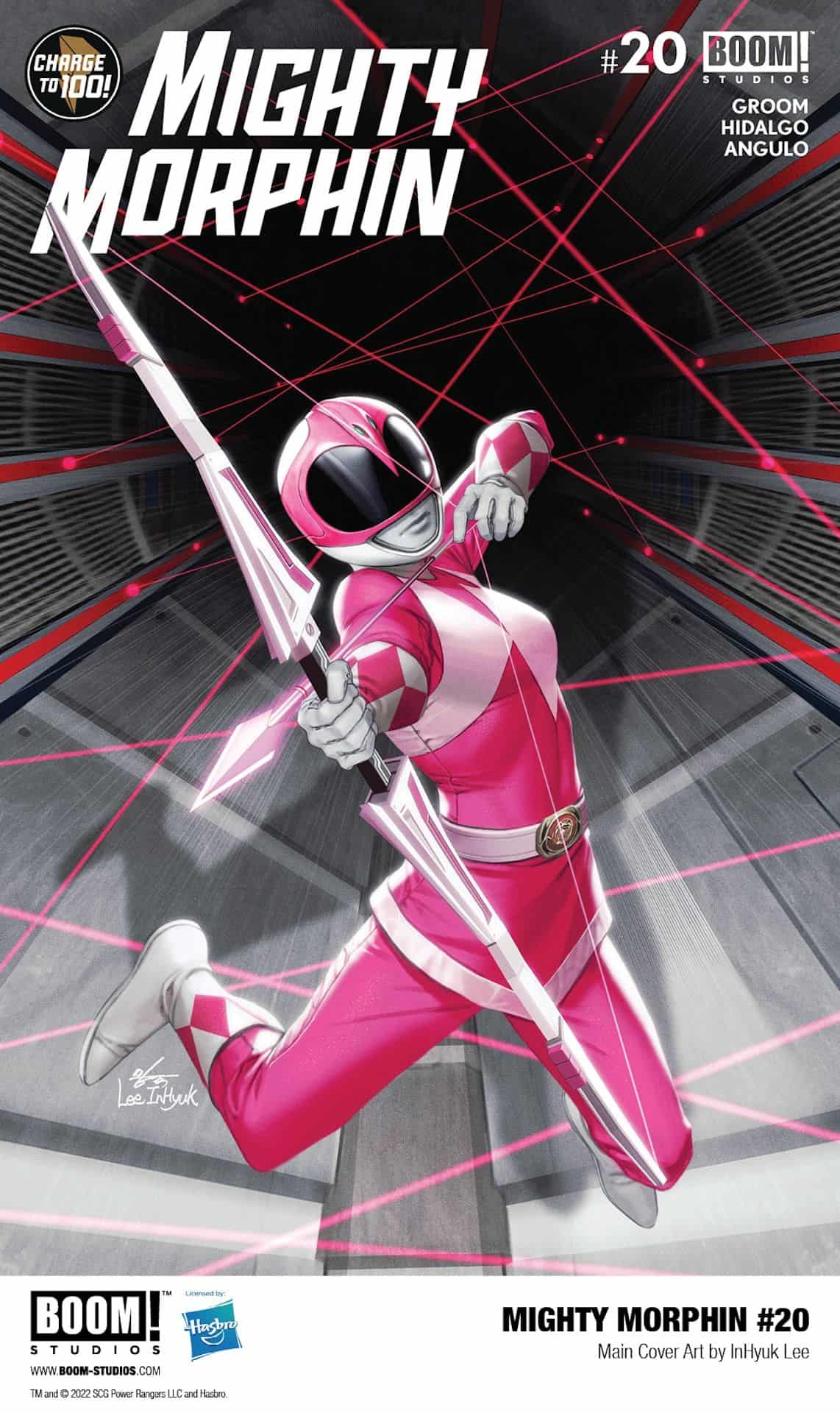 Back in the Lion Galaxy, the Ranger’s plan to acquire the Command Center takes a dire turn, but help arrives from an unexpected source! Back on Earth, the battle against King Aradon rages on—and not in the Rangers’ favor. Can Rocky’s resilience carry them through, even with Zordon’s absence?

We pick up directly after the last issue where Alpha 5 deceives the guards of the Lion Galaxy. It’s a short but sweet scene that even gives a shout out to Triforia. I love this crafty Alpha 5, and as he points out, he has access to “most public databanks” throughout space. It makes him far more valuable out on the field than I thought he could be.

Then, it’s back to the battle between Rocky and Matt and the villainous King Aradon. Unfortunately, Aradon is portrayed very much as a generic baddie with very little distinguishing him from other villains (or even monsters of the week). He throws out a lot of stereotypically villainous phrases and ultimately surrenders off-screen. That’s another disappointment, as for all his bravado, he doesn’t seem like the type to just give up even when reinforcements arrive. The Machine Kingdom is one of my favorite Power Ranger villain organizations, and King Aradon’s empire being rivals to them has unlimited potential. We don’t get even a glimmer of that fulfilled here, nor any mention of his daughter Princess Archerina. I hope Mat Groom didn’t just use Aradon as a one-and-done nod to Power Rangers Zeo and that we see Aradon return in the future.

As for the lovable Rocky, he once again gets the spotlight here. This whole story arc has been a fantastic love letter to Rocky, who in the show remained for several seasons until the actor was unceremoniously fired for, according to him, asking for more pay for the entire cast. If you know anything about how the franchise was handled by Haim Saban, you know what I’m talking about. It’s gross, and all of the actors deserved far more respect from the higher ups.

I’ll get off my soapbox to discuss another fun moment: the conversation between Kimberly and Adam. Adam is a character I’ve been hoping gets some love as we’ve seen a lot given to Rocky and Aisha in the comics. Adam has always just sort of been there. But here we see a great exchange between the Pink and Black Rangers as they discuss being replaceable. Kimberly implies she may never want to move on, which is ironic considering actress Amy Jo Johnson left the show in the third season and was replaced with Catherine Sutherland’s Kat Hillard. I’m still sour about losing my childhood idol, but this does have me wondering how we’ll get Kat introduced in the comics. We’ve seen that Jason, Trini and Zack had their plots altered from the show, so I’m certain Kimberly’s will be as well.

My main problem with the issue, beyond King Aradon, is that the plots wrap up very abruptly. The new Command Center is conveniently teleported to where the original one was, Aradon flees, and that’s that. The storyline would’ve benefited greatly from an extra issue. I did enjoy Rocky’s sister’s knowing wink when she says that his siblings are proud of him. Realistically, these children should be brain-wiped immediately as I would never trust a child with that knowledge. But hey, Carlos lets a little girl know about him in Power Rangers In Space, so who knows?

The last few issues of Mighty Morphin have been a blast, but I was slightly disappointed with this one. The conclusion to several major story arcs are wrapped up quite abruptly. However, we still get some fantastic Rocky moments which allowed the underdog to gain some much-needed depth.