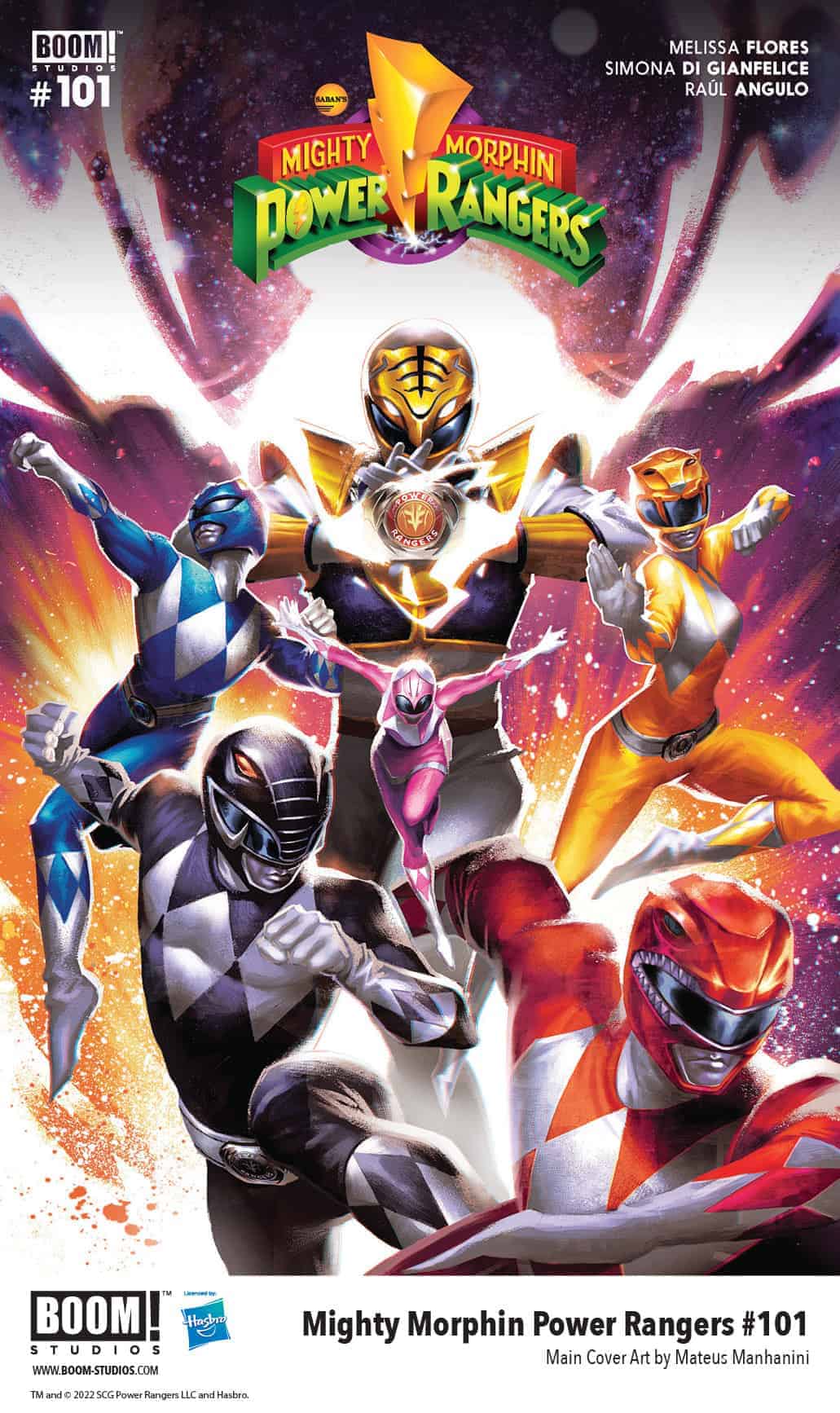 The CHARGE TO 100 brought everything together in Mighty Morphin Power Rangers #100, now discover the bold new future for the bestselling franchise!

Writer Melissa Flores (Power Rangers, The Dead Lucky) and artist Simona Di Gianfelice (All-New Firefly) reunite all of your favorite Rangers, recharged and ready for a bold new direction for your favorite Teenagers With Attitude that begins right here!

In a seamless transition of creative teams, we see the aftermath of the 100th issue as the Rangers move on from the traumatic battle with the Death Ranger. But while we catch up with all the main characters, the star of the issue is none other than Rita Repulsa. The issues opens with a flashback of Zordon banishing Rita and her followers. In witchy Hocus Pocus style, Rita condemns Zordon to be lost between time and space. This was such a great way to open the story arc as I can’t recall if we’ve ever seen this particular moment between the two characters.

While Rita’s threat looms over the moon, the Rangers spar in a Promethea training facility. There are some great character moments, and each character feels unchanged from previous runs. This is all credited to writer Melissa Flores, who I recently discovered has quite a lengthy history with the Power Rangers franchise. It’s very evident that Flores understands the Power Rangers, and I’m so excited to see what she has in store for us.

There is a moment with Aisha (who is quickly becoming my favorite Ranger in these comics) and Matt which hints at a possible romance in the future. I’m not sure how I feel about this, as I’m very much of the “don’t date your coworkers” rule set which Kimberly has already broken multiple times. But I do recognize that these characters are all young and attractive so there’s bound to be some dating going on.

The art by Simona di Gianfelice is just as seamless a transition as Flores’s writing. Gianfelice does a remarkable job with the Rangers in their civilian designs. My only complaint is that the characters’ heights seem a bit inconsistent. The issue ends in a cliffhanger, and I’m interested to see how fans react to the moment.

This issue gives me great hope that we are in for some fantastic Power Rangers stories.