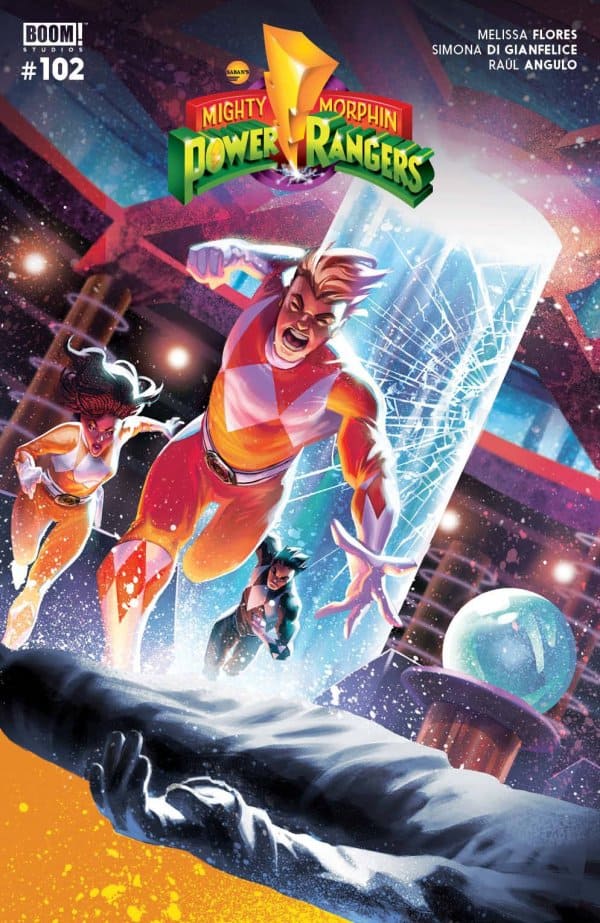 While the gravest threats to Earth seemed put to rest, the legacy that began in Go Go Power Rangers unfolds in ways no Power Rangers fans could have imagined!

As the mystery of what happened on the embattled moon begins to unravel, a villain returns from the past, along with their sick and twisted creation!

I’ve been waiting for Rita Repulsa’s return to the pages of Power Rangers for quite a while now. While Lord Zedd may edge her out in terms of popularity, Rita is still the first and most iconic foe the Power Rangers have faced. The character has such a soft spot in my heart for being over-the-top camp while also bringing a level of menace, especially in the BOOM! comics. In fact, while the series has done wonders with all of the characters, especially ones who were barely given the time of day in the TV show (Aisha, I’m looking at you), I’d go so far as to say Rita Repulsa is the one who benefited the most from these comics which have taken her seriously as a threat since day one.

That threat is back as Rita levels up to become Mistress Vile, a nod to her father’s name Master Vile. I don’t think her brand new look should replace her classic witchy dress, but I do love the idea of her having a “battle form” like the one present in this issue. It still feels very Rita as we watch the sorceress take on the Power Rangers. She’s not alone, either, and a new villain at her side definitely offers some exciting possibilities for the near future. 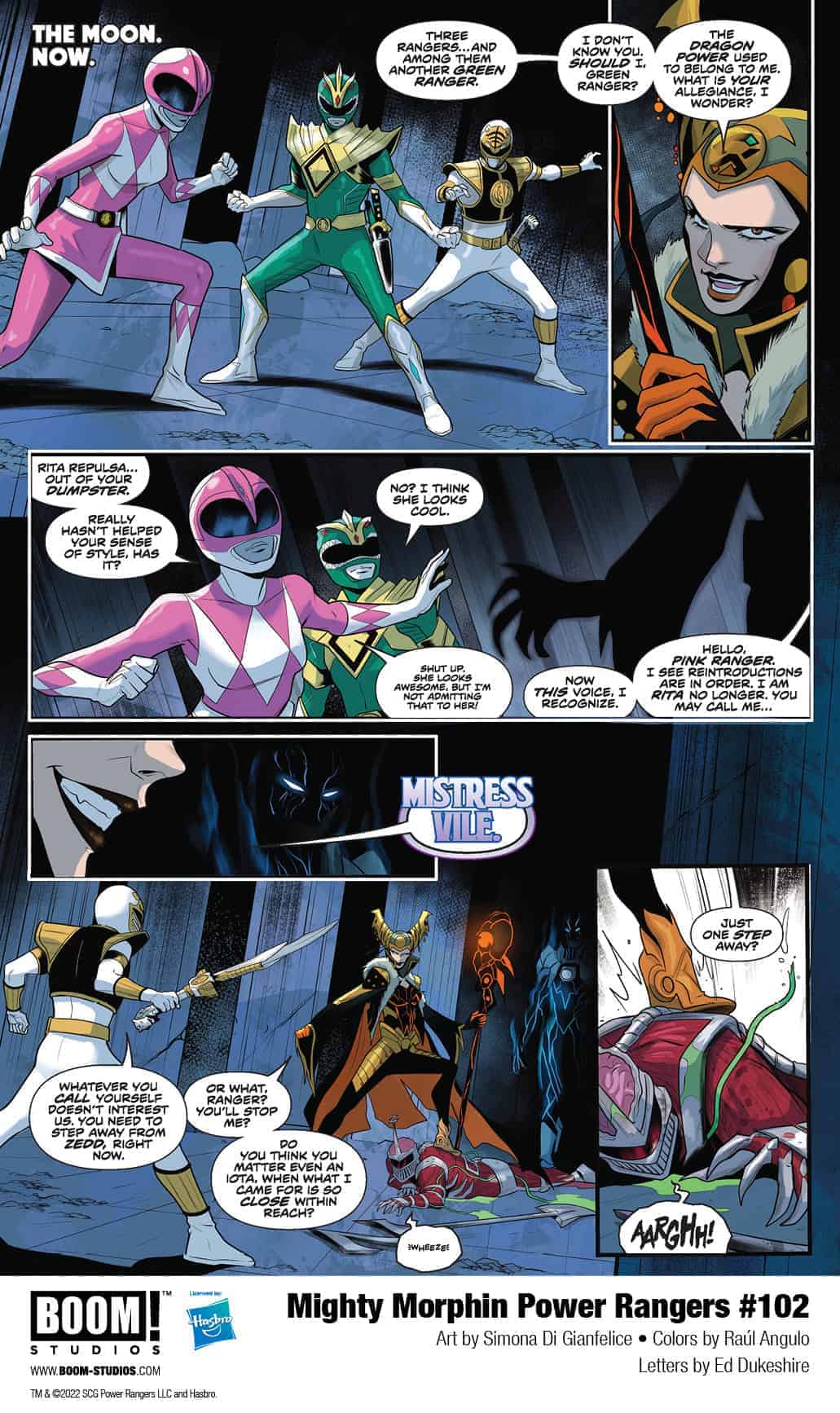 Writer Melissa Flores does a great job with each of the Rangers’ voices. Aisha is still the highlight for me, with the Yellow Ranger having a great moment with Finster. But there’s also a moment with Billy where he must make an impactful decision that I found very true to character. Flores knows her Power Rangers, and that fills me with confidence for her future on the comics.

There’s some suspicious development going on with Lord Zedd that has me really interested in this story going forward. It’s also great to see the rest of the gang of villains like Baboo and Squatt, both of whom are immeasurably entertaining characters. The art continues its steady consistency, with action scenes feeling very fluid and easy to follow.

Melissa Flores and Simona di Gianfelice make for a great pair, and I'm dying to see what they have in store for us.