Mighty Morphin Vol. 1: Who Can We trust? 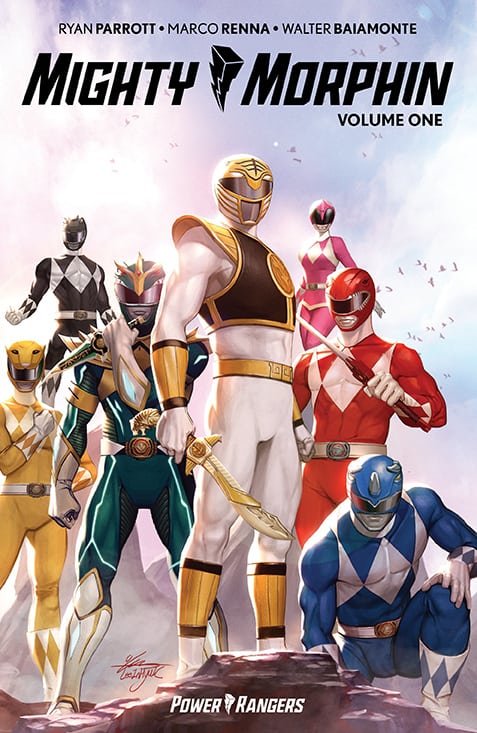 A new Mighty Morphin team has assembled to take on the deadliest threats to Earth - but who is the All New Green Ranger by their side?  How will the Rangers handle the betrayal of their friends the Omega Rangers?

The art of this collection is good.  There really is not a deviation of style from the previous Power Rangers comics.  I particularly liked the Elgar scenes, It is fun to see the Eltarians as they were and I like their character designs, bald blue guys.  My favorite panel in the piece is the panel where the Black Ranger who was compromised by Zed sees his team.  He sees them as monsters based on their sore designs.  The art depicting this vision is definitely terrifying, even the detail of the drooling tyrannosaurus.  I do find it interesting  that the artist shows the characters’ eyes in close up panels.  I feel this is a way to show the emotions of the characters which might be lost in the blank visors. 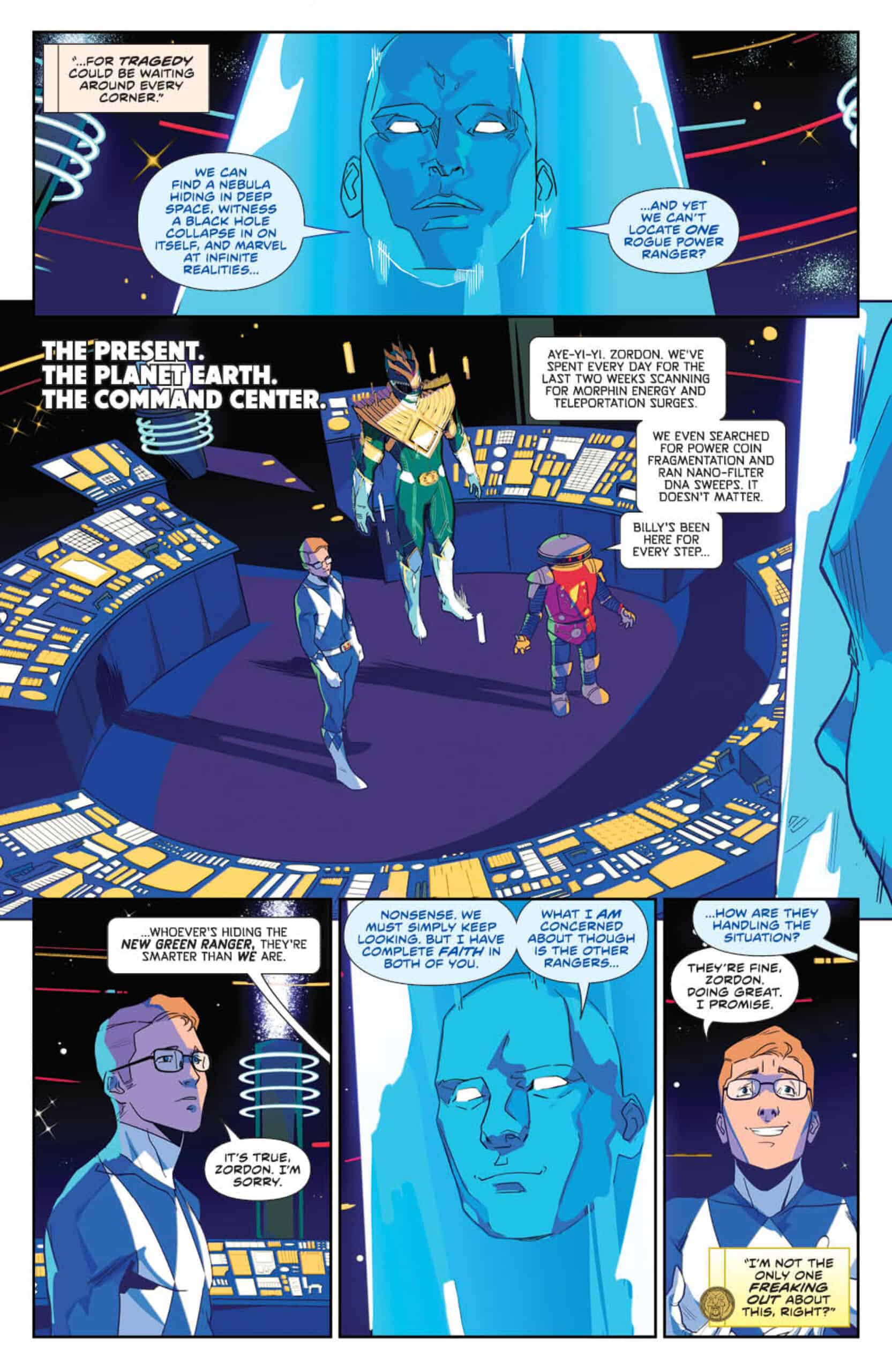 The story predominantly centers on the Rangers trying to discover who the new Green Ranger is as Zed launches his newest assault on Earth this time using super putties that push the Rangers and the Zords to the limit.  The only real issue with the story I have is the transition between issues 1 and 2.  Issue 2 starts off with Zordon being angry that the Omega Rangers stole Drakkon.  This event occurs in the parallel series Power Rangers issue 1.  Anybody picking this book up who is not familiar with the Omega Rangers would have a serious disconnect with issue 2 that focuses on this believed treachery.

Other than that the story itself flows fine especially when Zed creates the putties and unleashes them on Earth!

This is an entertaining read but I did have an issue with the events of another title being referenced without any panels depicting those events for continuity sake.

The art is good and the designs of the super putties are good.  Other than a couple of panels, the art really does not stand out as much as it could though.

Mighty Morphin Vol. 1: Who Can We trust?