Miles Morales: Spider-Man #27: Which Miles Am I? 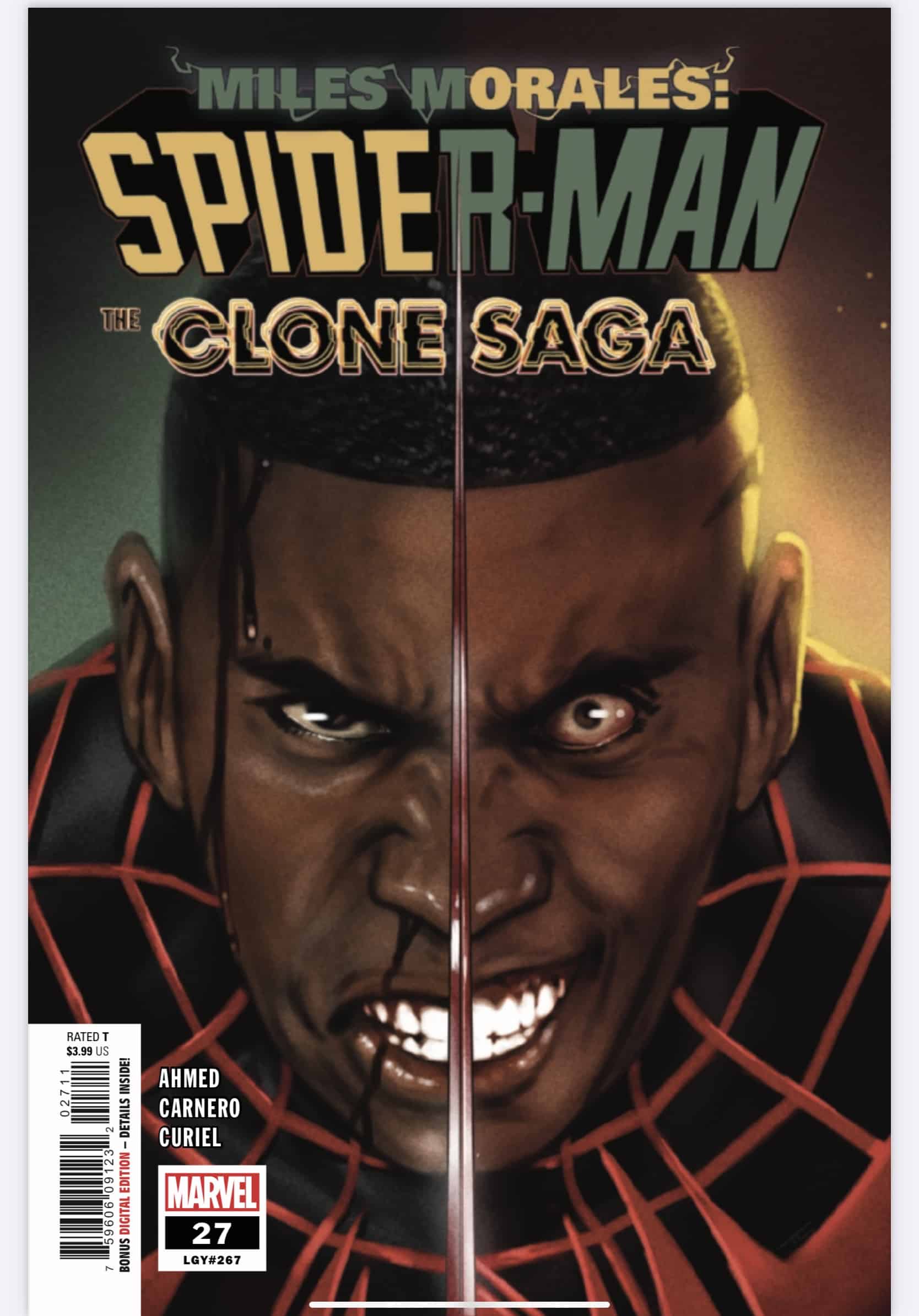 Miles now a captive of the clones tries to reason with his “brothers.”  Soon he learns the true plan of the lead clone, destroy his family.

The character designs for the clones are continuing to be interesting to me. You have Mindspinner, a true hybrid of a spider and a man. This character is by far the scariest looking character. It is conceivable to see this in a horror movie.  The other horrifying type of character in this threesome is Shift. He basically appears to be a sentient blob of protoplasm that  has no speech pattern.  Instead he is depicted as making guttural sounds.  He  also seems to have a sympathetic quality about him since he behaves almost child like and he does not appear as completely human.  Shift is easily turned by Miles when he escapes to rescue his mom.  He appeals to Shift’s humanity and his desire to do the right thing.

Mindspinner, on the other hand, is more violent as evidenced by his monstrous form.  He has more psychic powers and he too does not seem to talk but he does verbally threaten Miles that he will kill him.

To me the more monstrous clone is the intelligent ringleader, Selim. He actually is the most dangerous as he is the one who looks most like Miles. He even describes to Miles his training as an assassin when he was only a child.

The story ups the ante here. Selim thinks and believes that Miles is as ruthless as he is. He even expresses surprise when he accuses Miles of destroying their cure which Miles knows nothing about.  He was only reacting to these clones as doppelgängers who are destroying his reputation. It appears to be Selim’s decision to make this even more personal by going after Mile’s family.

My favorite panel of this story is the final splash page which is the last page of this issue. We see Miles or is it, holding Miles’ baby sister. Remember, Selim looks exactly like Miles but the face on the baby gives great evidence that this Spider-Man is not Miles Morales. 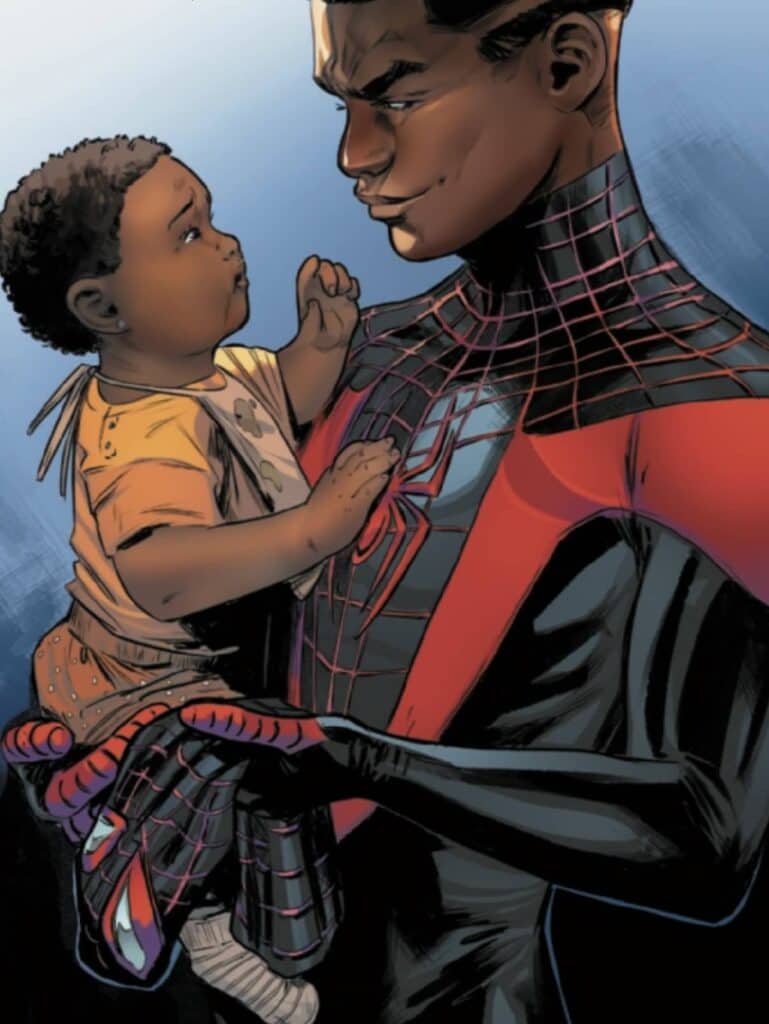 That last page shows the art perfectly.  We see the shiftiness of the Miles clone and we see the confusion in the baby’s face.  I might have missed that this was Selim in the end without this panel.

This story is not a rehash of Peter Parker’s Clone Saga.  This is entirely Miles Morales’s story and now thanks to Selim it is personal.  Miles' reputation is not only on the line but his family is as well.

Miles Morales: Spider-Man #27: Which Miles Am I?