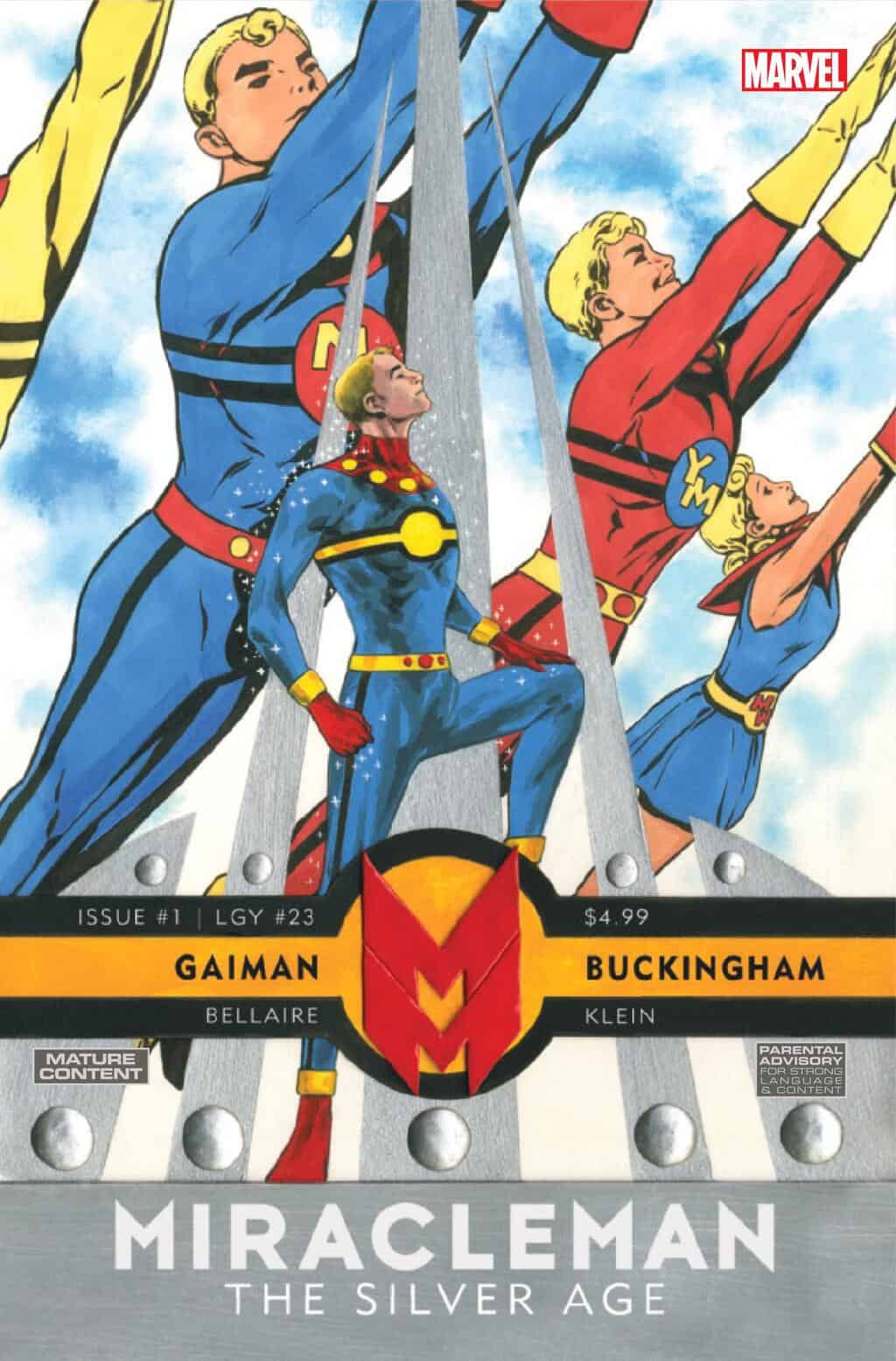 Neil Gaiman and Mark Buckingham's unfinished storyline "The Silver Age" begins! Young Miracleman - the lost member of the Miracleman Family - is back! His last memories were of a 1963 world of joy and innocence. Now, he's been thrust into the 21st century, where his best friends have become gods and monsters. 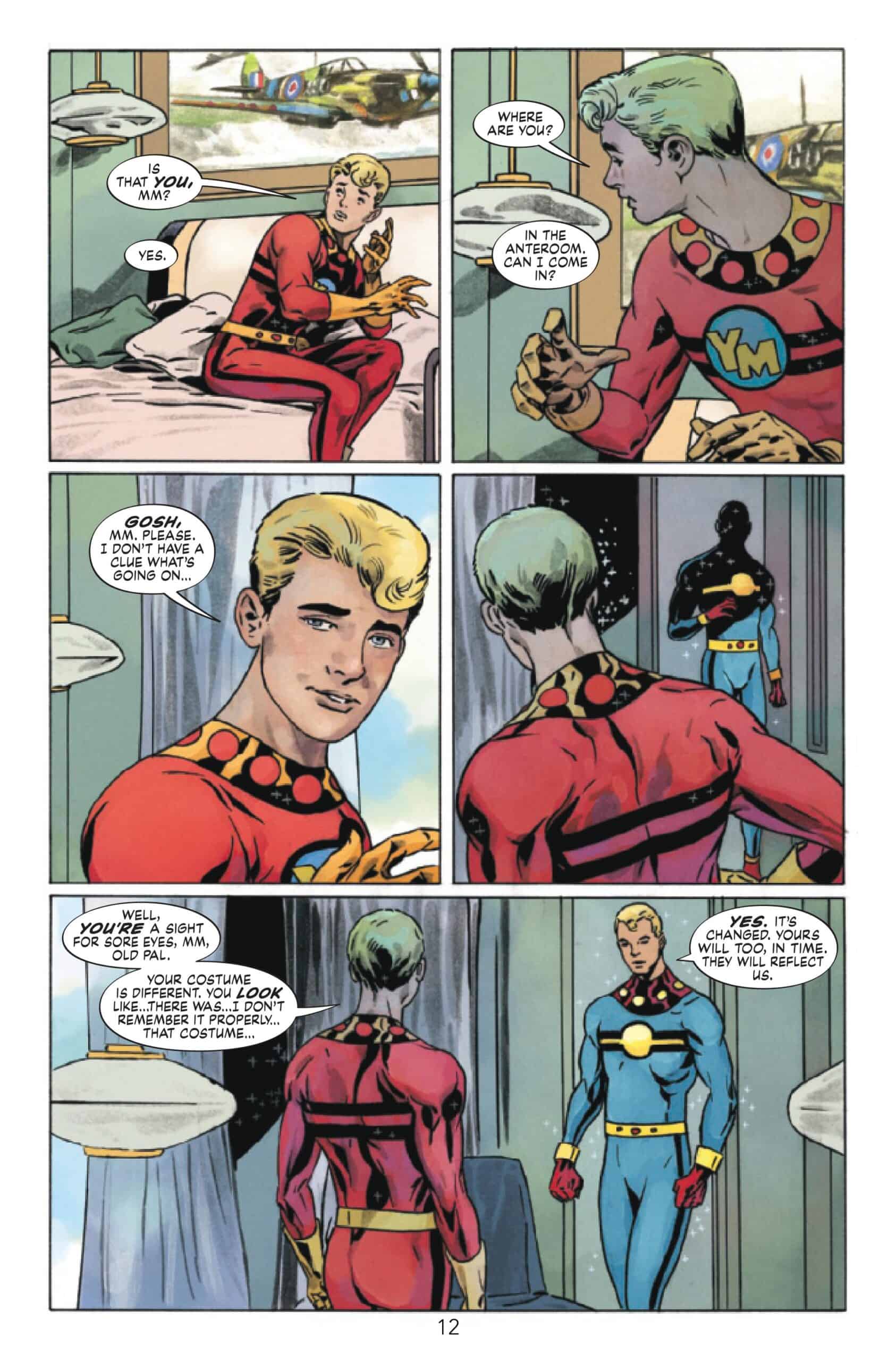 When writing about Miracleman, it’s hard not to get carried away as a reviewer and especially a fan. For one, where do you start? The basic concept is familiar and simple: A normal person utters a certain word and they are transformed into a superhero. This is the basis for Captain Marvel, or now Shazam, which is a whole other thing. I’ll be brief, but it is 100% worth the time to read up on how Miracleman came to be, and how we are where we are now. In the mid-1950s, British comic book writer, Mick Anglo, made his own Captain Marvel for British readers: Marvelman. There were obviously naming rights issues, so it was eventually changed and reprinted as Miracleman. In the early 1980s, Alan Moore revived the character after nearly two decades. You need to read his run. Moore’s Miracleman is as essential and important to the comic book medium as Watchmen, if not more.

Moore specifically passed the torch to Neil Gaiman to continue from where he left off. In 1990, Neil Gaiman and Mark Buckingham began their run on Miracleman, and though the character ran into more rights and publication problems, we are finally going to see the completed Miracleman: The Silver Age. Miracleman: The Silver Age #1 is technically a reprint, but for many readers, including me, this will be brand new. Now that Marvel holds the rights to the character, Gaiman and Buckingham can finish what they started after nearly 30 years. The creative pair finished two issues of the planned six, so Miracleman: The Silver Age #2 will also be a reprint. Issue #3 is where we will break new ground, and readers should be excited.

Miracleman: The Silver Age #1 finds us in the new age of Miracleman, who has essentially become a god and surrounded himself with other superpowered beings. Even naming his skyscraper-ivory-tower “Olympus.” This new age marks the return, or resurrection, of Young Miracleman, who perished in an atomic blast in the 60s, or so he is told. Luckily, this issue does a great job getting readers caught up to speed with who Miracleman is and how he came to be, and it gives Miracleman a chance to tell Young Miracleman the truth: everything he knows is a lie.

With Miracleman: The Silver Age, Gaiman and Buckingham continue the epic saga of Miracleman and ceaselessly add to its mythology. The book is gorgeous and you can see the passion and care that Buckingham put into it, especially after learning that he updated and added new art. Jordie Bellaire is an incredible addition to do the coloring. I quickly learned that if I see her name on a cover, it’s going to be one of the best books on shelves. Buckingham’s pencils and Bellaire’s colors are mesmerizing together and will have you lingering on every panel. You’ll also be blown away by the incredible lettering by Todd Klein. Klein has done so much for the art of lettering, and his work with Gaiman and Buckingham on Miracleman is worth noting. There is a consistent link in quality because of his lettering, and The Silver Age wouldn’t feel complete without it. Klein effortlessly makes sure the reader knows what they need to know and gets to where they need to get.

With MIRACLEMAN: THE SILVER AGE #1 Gaiman and Buckingham continue the epic saga of Miracleman and ceaselessly add to its mythology. The Silver Age is here at last!