Mister Miracle: The Source for Freedom #3: Escaping a Legacy

Mister Miracle: The Source for Freedom #3 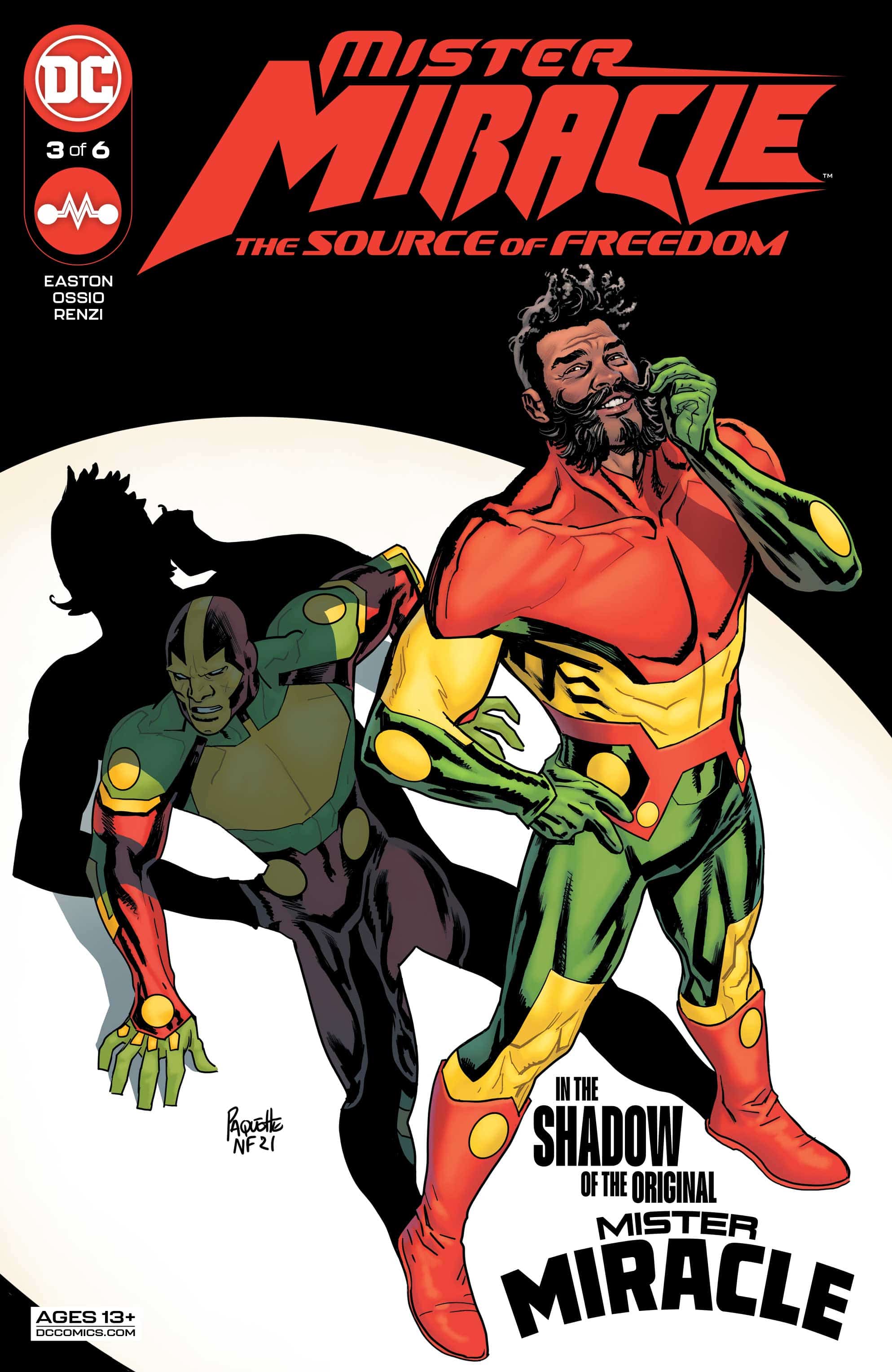 After experiencing the mysterious effects of Thaddeus Brown's ashes, Shilo uses his newfound abilities to dig into the origin of N'Vir Free and her powerful minions known as the Core. But the Miracle mantle bears many secrets and leads Shilo and his allies to new faces. But are they loyal to the Free name? The deadly truth Shilo uncovers could spell catastrophe for the galaxy and forever destroy the legacy of Mister Miracle. 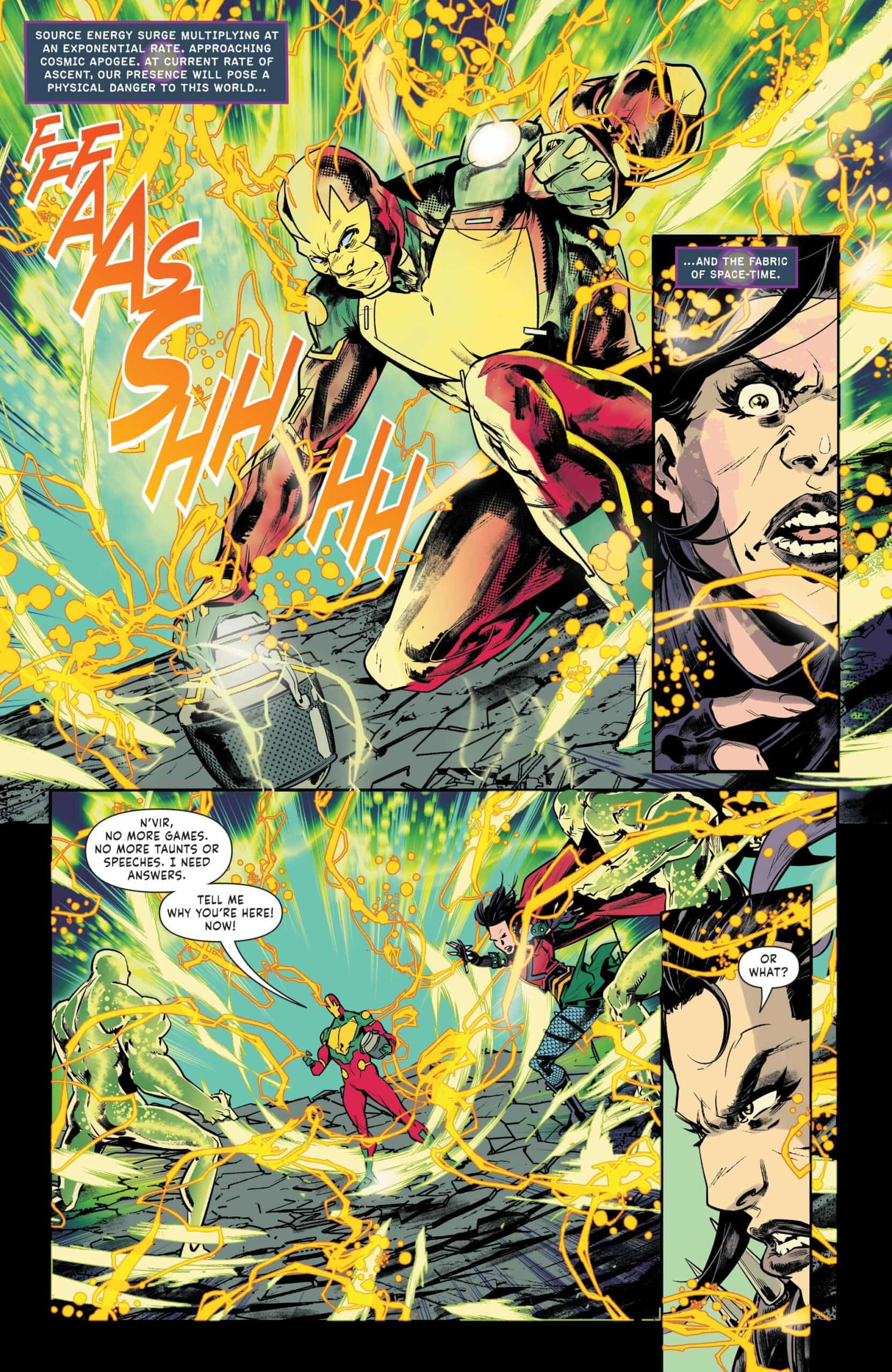 
I am always rooting for legacy characters. Certain characters become serialized in our minds. Comic fans, and casual fans, have a hard time separating Batman from Bruce Wayne or Clark Kent from Superman. When you hear their names or secret identities, you immediately connect the two. With Mister Miracle, not many readers know exactly who they are, which is what I love about this book.

My biggest fear is that the inclusion of Brown and Free will diminish the staying power of Shilo’s iteration. It does raise some interesting questions that the series will most likely address, such as is the mantle earned or inherited? 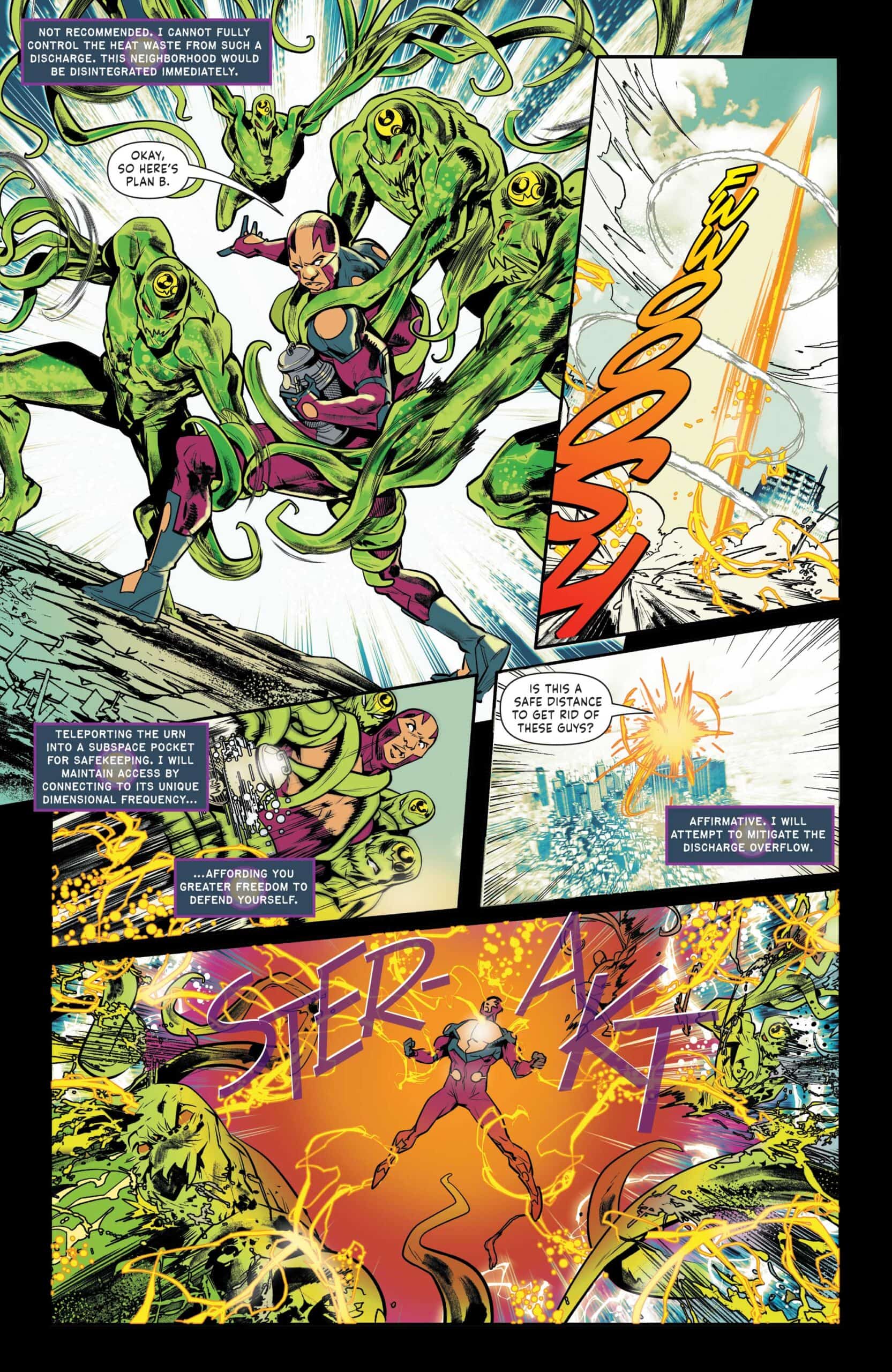 The cover of this issue even has a Thaddeus Brown/ Shilo Norman hybrid standing in front of Shilo casting a shadow over him. “The Shadow of the Original Mister Miracle” is printed on the cover, though we aren’t quite shown this in the issue. Shilo’s manager meets Thaddeus’ former manager, but that is all we get regarding the cover. The issue ends with “Next: The Origin of Thaddeus Brown Revealed!” which is promising but contributes to this issue being the weakest of the three.


It is clear that this issue is establishing Thaddeus’s place in the series as well as N’vir Free and where she came from, so the pacing of this issue makes sense. Brandon Easton is thriving establishing a solid place for a legacy character. He breathes life into who Shilo Norman is, and where his version of Mister Miracle belongs in this current continuity. There aren’t many mainstream comics that explore race and identity the way Eason is. Of the three Mister Miracles, Shilo is easily the most interesting, and Easton is a huge reason why.

Though I wasn’t thrilled with this issue, the visuals are a highlight. Mister Miracle: The Source of Freedom #3 is a blast to look at. The battles between Shilo, N’vir Free, and her goons nearly explode off of the pages. Rico Renzi’s colors are vibrant and exciting and match the energy of Fico Ossio’s pencils. The issue’s pages are vibrant and detailed without losing the reader in the details. A massive highlight that should be noted is Shilo’s facial expressions. They feel organic and clearly express emotion and an intensity that is often lost with masked characters.

Ossio and Renzi do an incredible job breathing life into the character and remind the reader that Shilo is just a man with some future tech that makes him a superhero, which his expressions reflect.

Mister Miracle: The Source of Freedom #3 continues to dazzle with spectacular visuals and an intriguing story. The series is shaping up to be a highlight of the summer.

Mister Miracle: The Source for Freedom #3: Escaping a Legacy