Mister Miracle: The Source of Freedom #2 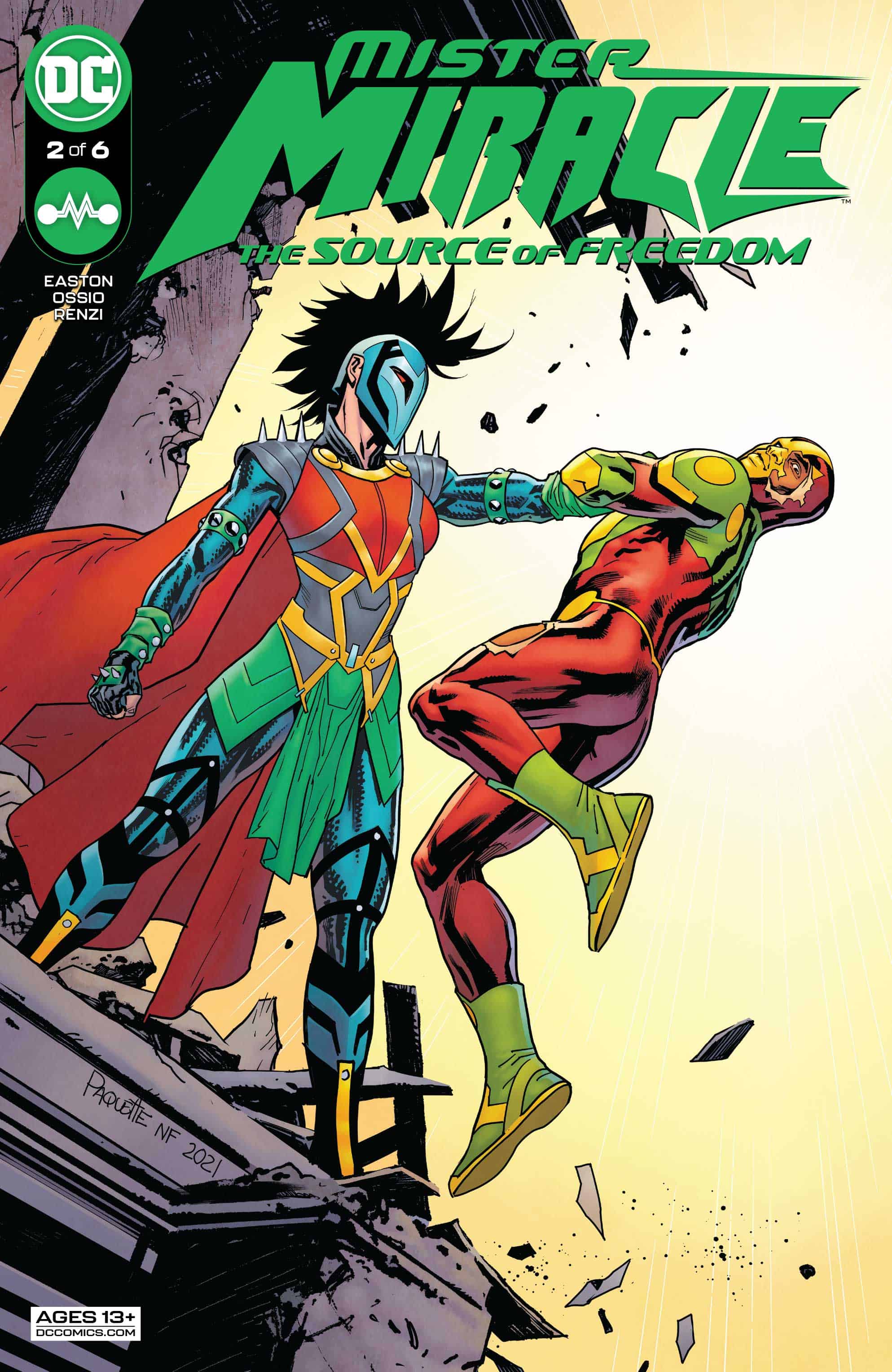 After the shocking events of issue #1, Shilo is suddenly on the run from a powerful new enemy who believes the Mister Miracle mantle belongs to them. With his career in shambles, his apartment destroyed, and no real understanding of what's happening, Shilo must fight his way out of an unwinnable situation and track down secrets held by his mentor and friend, the first Mister Miracle, Thaddeus Brown! 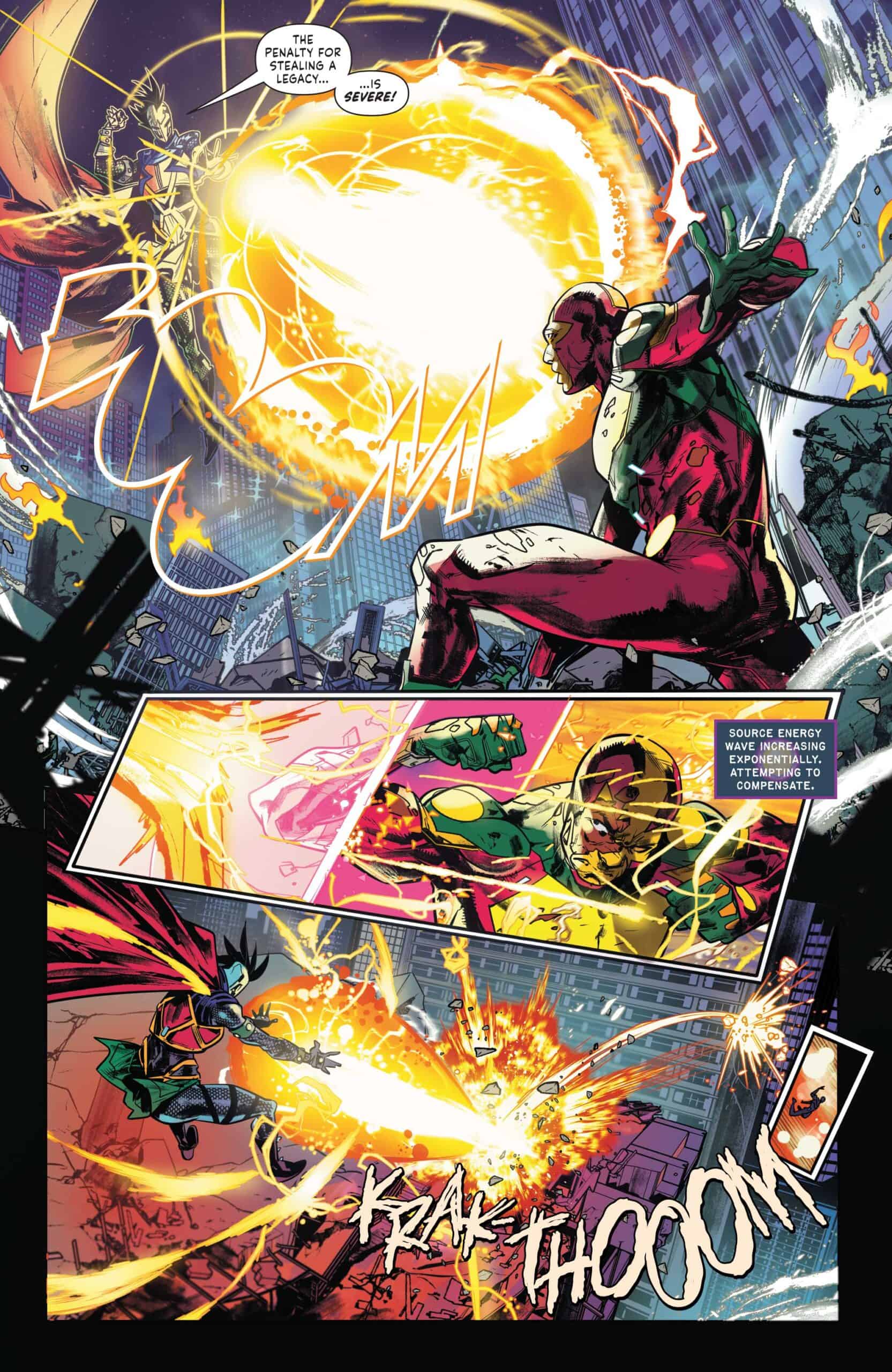 Mister Miracle: The Source of Freedom #2 picks up immediately after issue one left us: Shilo Norman being confronted by N’vir Free, the daughter of Scott and Barda Free. We don’t learn too much about N’vir, but we do know she’s potentially from a parallel universe and has a squad of goons made of some type of green energy.

Underestimating the power of his adversaries, Norman is forced to teleport as far away as possible. He’s the world’s best escape artist, so escaping with his life mostly unharmed is what he does best. However, it is revealed that a section of his mask was damaged in the fight. The Mother Box that controls his tech prioritized Mister Miracle’s life over the suit. N’vir free eventually tracks him down, but he’s got a much bigger problem right now.

Brandon Easton’s Mister Miracle is one of my favorite titles of the summer. He tackles some incredible and relevant themes and blends them with a simply awesome superhero story. Fico Ossio’s art and Rico Renzi’s colors match the fast-paced, explosive action of the story and add life to Easton’s writing. I think Mister Miracle is one of the most interesting-looking characters, and Ossio and Renzi do not disappoint. 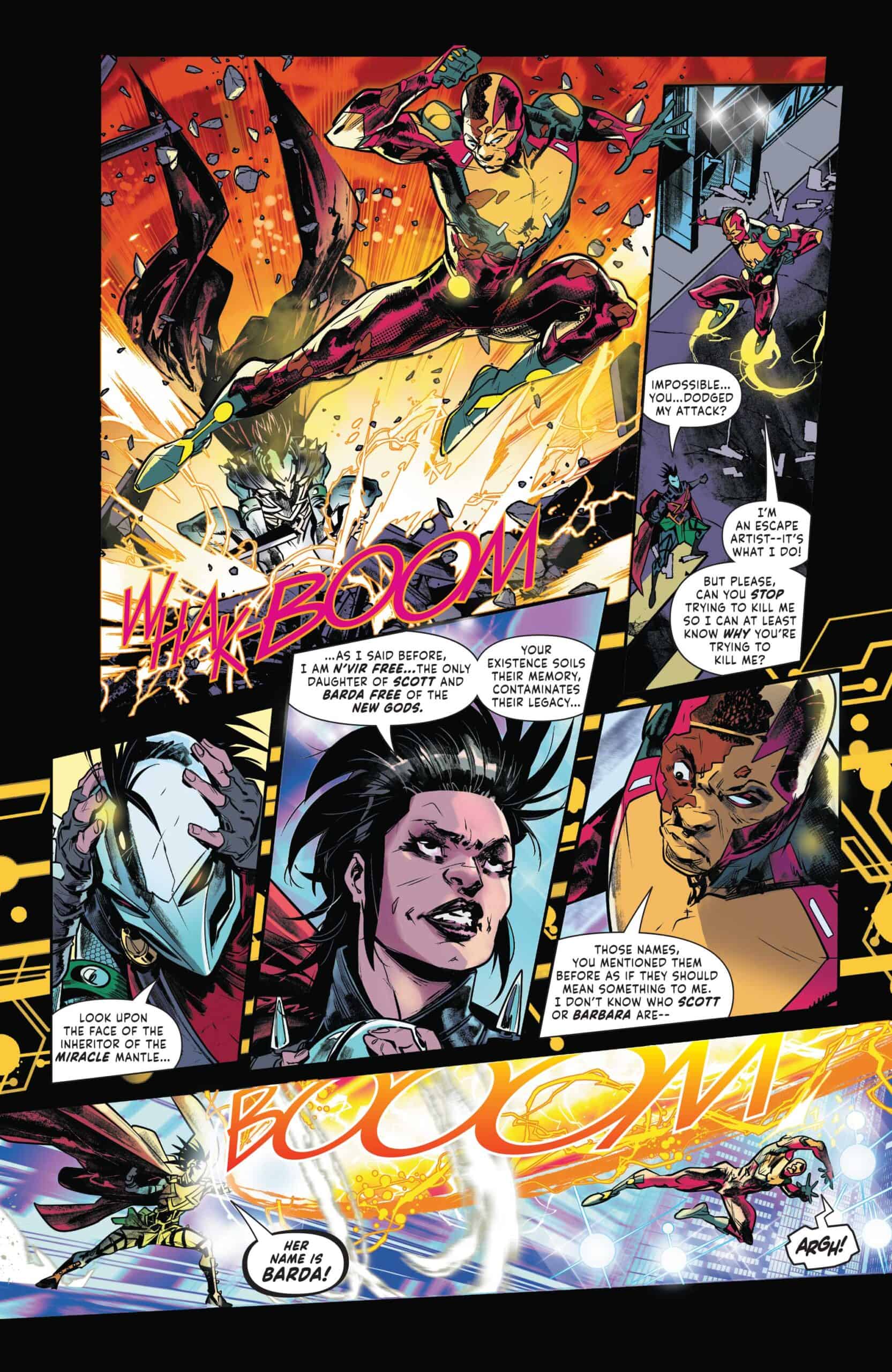 Mister Miracle’s fight with N’vir Free was captured on video. Just before he escapes, part of his face is visible, exposing a piece of identity: the color of his skin. A major focus of Mister Miracle: The Source of Freedom is Shilo Norman dealing with fame, being a superhero, and how being a Black man affects the two. No one asked “does he have a criminal record?” after seeing Batman’s exposed face. Shilo Norman is the world’s greatest escape artist, but he knows the truth won’t set him free, or at least not yet. Norman’s agent sneaks him away and out of sight from the group of reporters in front of the agency. His agent drives him across LA and with the Hollywood sign in sight, they talk about fame. I found one panel extremely striking in this interaction. The panels depict Norman and his agent driving past a man holding a sign that says, “OUT OF WORK NEED FOOD.” The sign is in view as the agent says referring to the Hollywood sign, “That sign is an unholy monument to broken lives and lost dreams. Your achievements speak for themselves. Right now, we need to keep you alive, so you can figure out what’s more important, being a secret celebrity or a public hero.” It’s moments like these in Mister Miracle: The Source of Freedom that sticks out from other comics. Identity often plays a major role in comic books, but it seems different with Shilo Norman. Balancing fame and responsibility on top of Norman’s actual identity is a lot to handle and the most interesting part of the book.

Norman’s agent brings him to the secret house of Thaddeus Brown, the first Mister Miracle. Hidden in the house are his remains in an urn, which is the only thing that escaped with Norman after N’vir finds him. The issue closes as the urn begins glowing as if to power up. With Brown being the original Mister Miracle, things should get interesting with N’vir Free, the daughter of the second Mister Miracle, who claims she is the rightful heir to the title. I am a big fan of legacy characters with staying power, and Mister Miracle certainly has an interesting history. I am looking forward to seeing what happens next!

Mister Miracle: The Source of Freedom #2 is a refreshing escape from the summer heat that tackles identity and fame in a fresh and relevant way. The series should be on everyone's radars this summer.