Mister Miracle: The Source of Freedom #4: Fame and Applause

Mister Miracle: The Source of Freedom #4 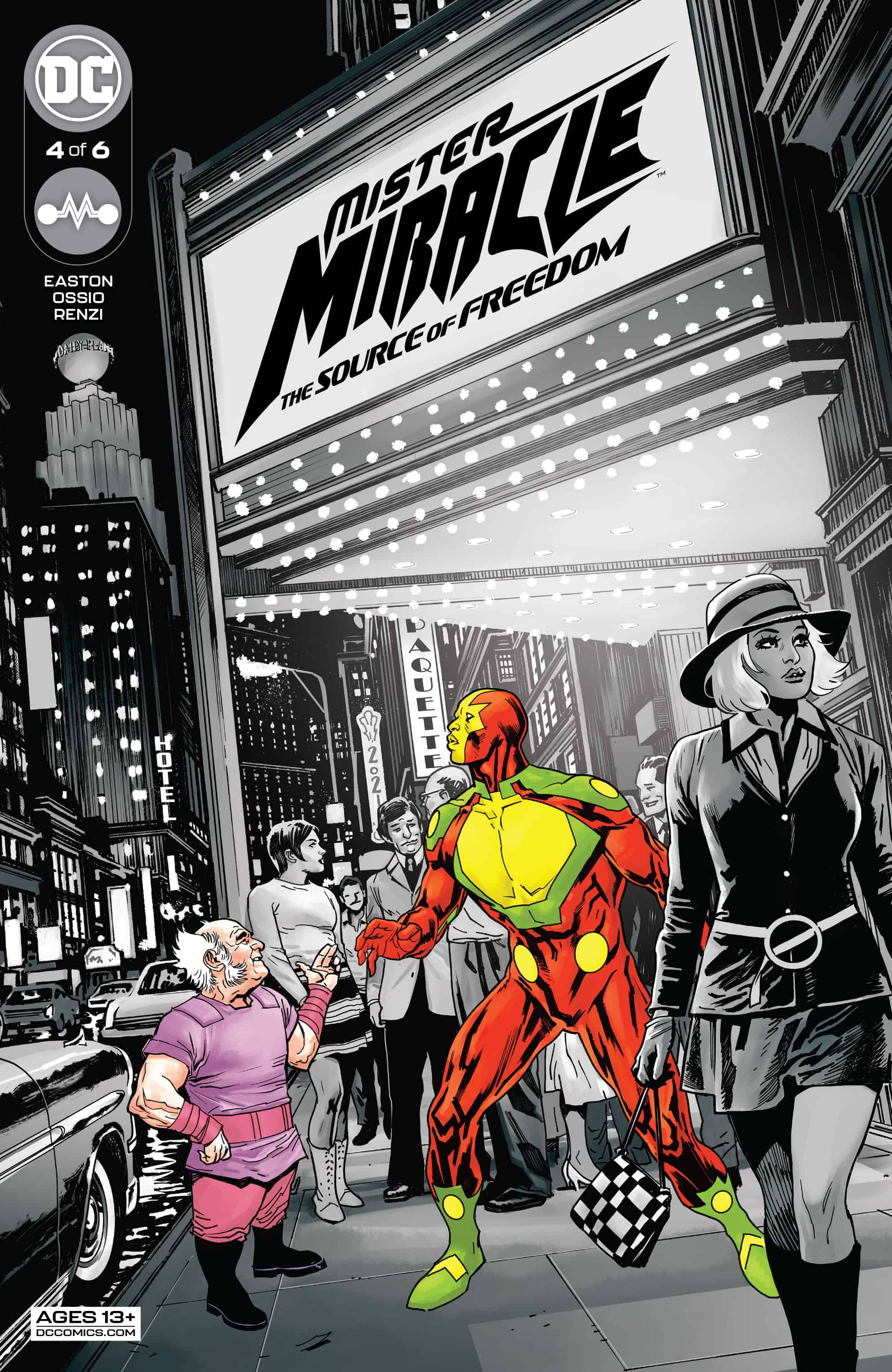 Shilo Norman is Mister Miracle no more! Left at his lowest point, Shilo’s fame status and name are violently ripped away. The legacy of the Miracle mantle is shrouded in dark secrets, and now, Shilo wants answers. Brought before a mysterious figure, Shilo learns tragic truths about his past, present, and possible future. But can Shilo handle these truths and regain his powers before it’s too late to stop N’Vir’s plans? 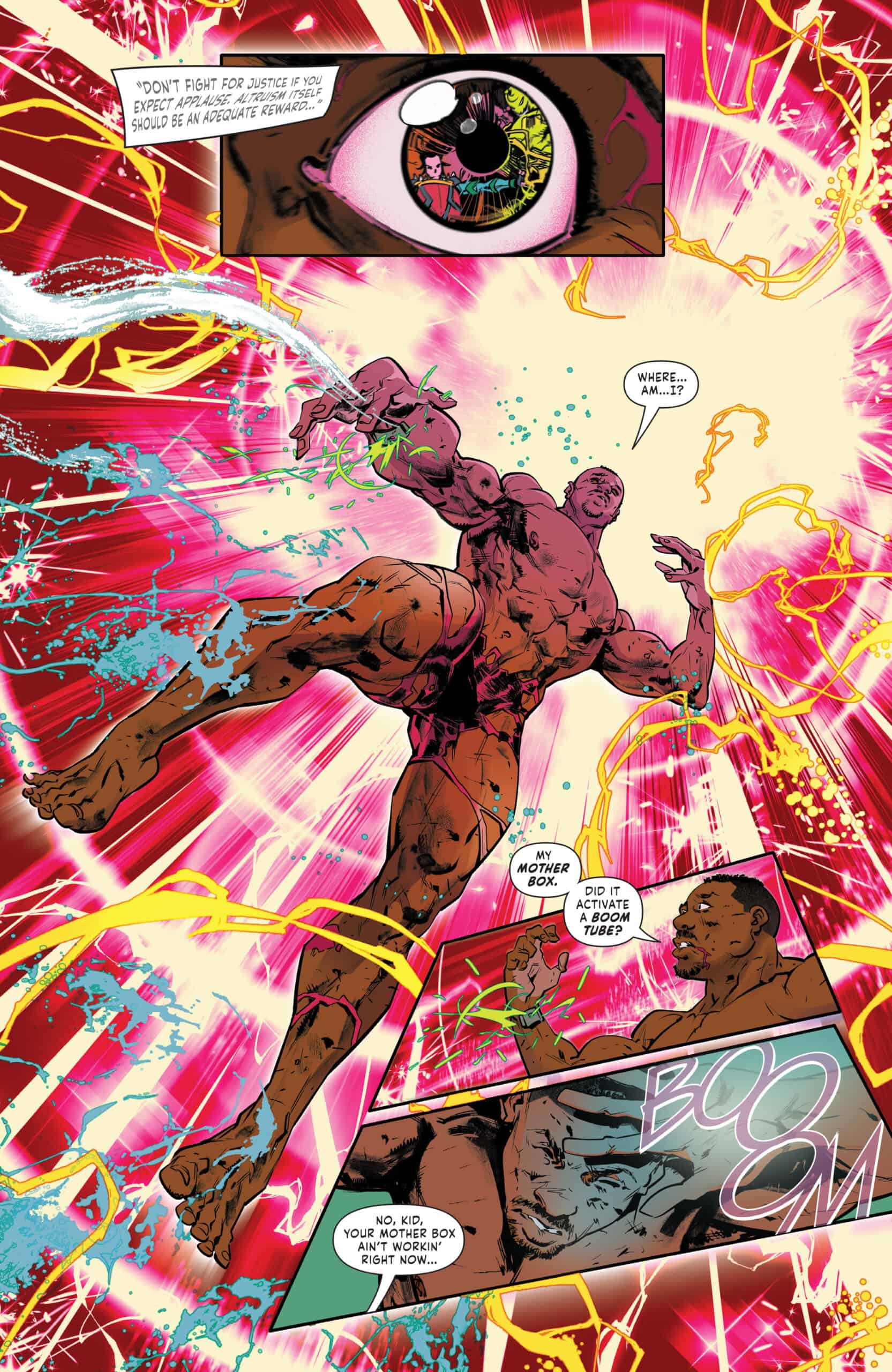 Mister Miracle: The Source of Freedom #4 is a high point of the series and a triumph for the creative team. Brandon Easton’s writing is poignant and skillful. Every single word is expertly placed. Easton shows exactly how you honor and revisit a character and effectively immersing them back into main continuity. The relationship between Thaddeus Brown and Shilo Norman comes full circle and feels completely natural despite the realization of the two being grandfather and grandson a surprise. Mister Miracle: The Source of Freedom is an impeccable example of how to handle a legacy character. With Orion making an appearance at the end of the issue, things will no doubt come full circle between all of the Mister Miracles, Thaddeus Brown, Scott Free, and Shilo Norman. 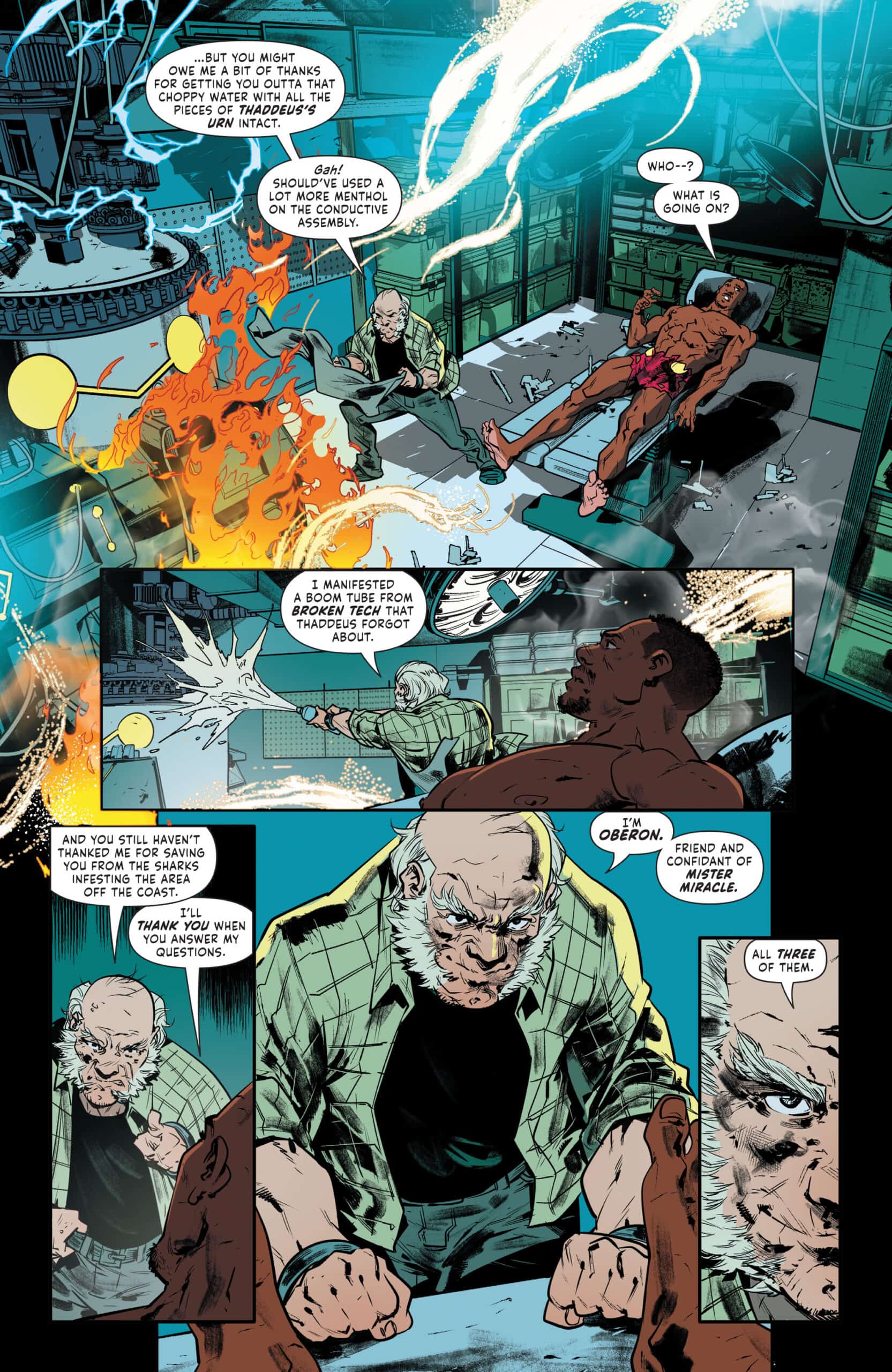 I’ve praised Fico Ossio’s ability to illustrate Shilo’s facial expressions while wearing a mask. Ossio ups the anty in this issue by expressing the sheer power of Shilo’s emotions. Readers can see the range of emotions in Shilo’s face. In just a few panels Shilo’s feelings are brilliantly displayed. You don’t have to be told he’s upset, you can see and feel it. Rico Renzi does an excellent job complementing Ossio’s art. Ossio’s action scenes are brought to another level of explosive excitement with Renzi’s colors. Readers will feel the electricity following through the colors on the opening page of the issue, and it only gets better from there on all fronts.

Easton adds a whole new level to Shilo’s experience as Mister Miracle with a line said by his grandmother, Darla Morton. A recording of Thaddeus takes Shilo through his life, covering growing up as a Black man facing extreme racism still present today to his found fame with the help of the Mother Box. Darla tells Thaddeus, “Justice and popularity aren’t the best of friends. Don’t fight for justice if you expect applause. Altruism itself should be an adequate reward.” Her words resonate with Shilo, who is facing an extremely similar experience with fame and identity. Shilo’s reaction to his newfound knowledge from his grandfather is the most powerful moment of the series. Sharing Easton’s words said by Shilo in this review can’t do them justice. Readers will need to see them for themselves.

Mister Miracle: The Source of Freedom #4 is the highpoint of the series and brilliantly shows how to value a legacy character and honor what came before them! Go buy an issue wherever you get comics.

Mister Miracle: The Source of Freedom #4: Fame and Applause