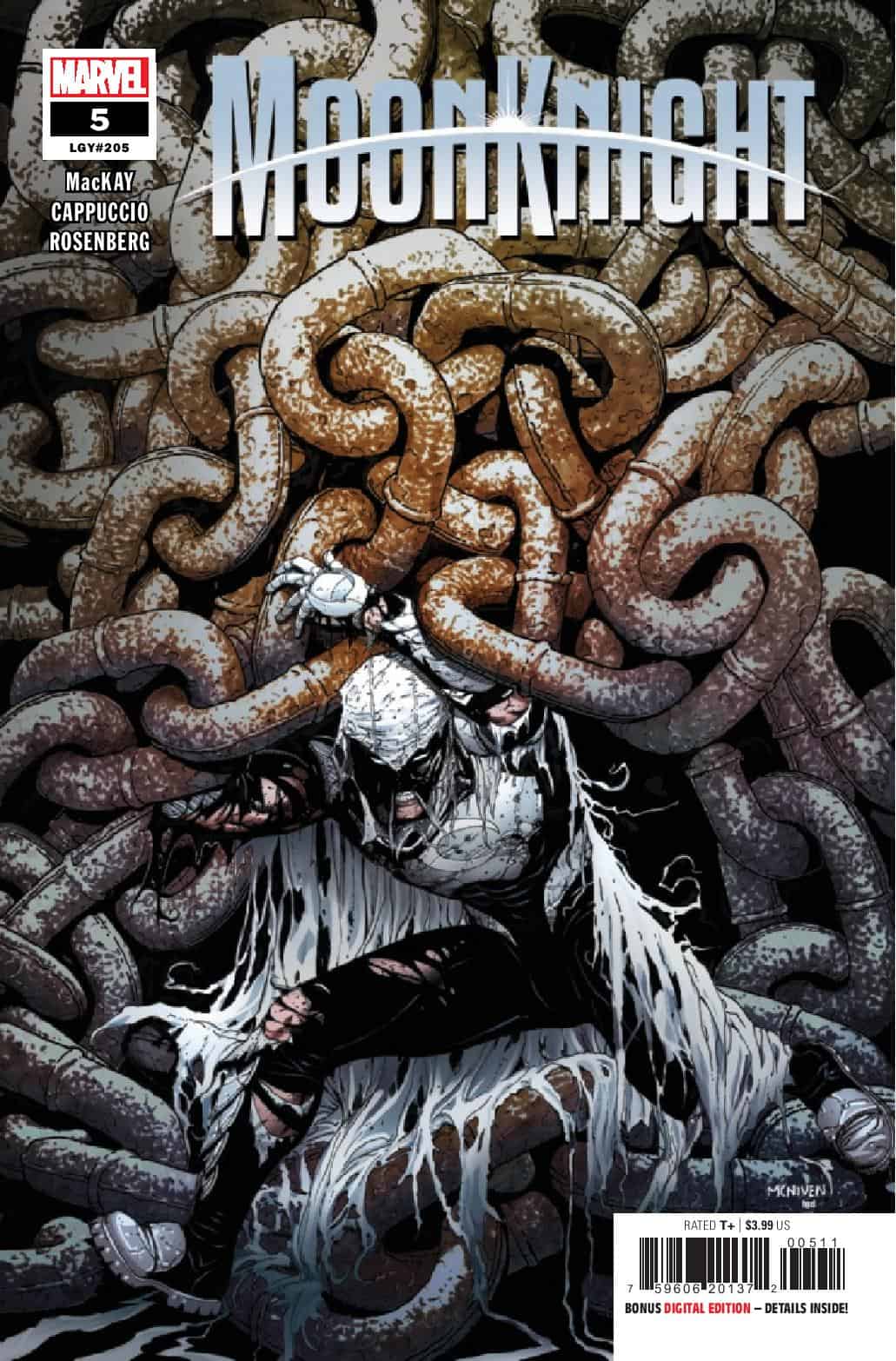 I almost didn’t write this review. Based solely on the fact that I am not 100% sure if you’re even ready for this issue of Moon Knight. But, Comic Watch readers are a league above readers of other comic “news” sites, specifically those where they’re really only about anime and videogames and on the off chance that they DO have a comic book related article on the site, it’s just a “Top ____ of the best ____ stories ever told!”, and you’re about 10 leagues above the fat-faced dipshits that read Bleeding Cool. Moving on, author Jed MacKay is getting me scared. Like, have you ever followed a team or person in sports that are on an undefeated streak? There’s a turning point, where you think to yourself “Okay, I know this can’t last forever, so just go ahead and lose so that it doesn’t hurt really bad when you do”. That’s kind of where Jed MacKay is on this book. There hasn’t been an issue that’s just plain bad. At worst, there’s been one that I’ve given like a “B+” to, Even in this issue, which takes a deeper dive into the psyche of Moon Knight/superheroes in general, yet he manages to fit SO MUCH story and action that it’s crazy. He moves the story in a forward motion at a great pace, actually remembers references that happened in the past, yet doesn’t dwell on them, and he turns the “mopey, weary, tortured soul superhero” into kind of a badass. An issue that’s written way better than others that sit beside it on the racks right now, and unless the next issue is just blank pages, THIS is going to be the trade that you’re going to want to give people that don’t read comics to get them into comics. 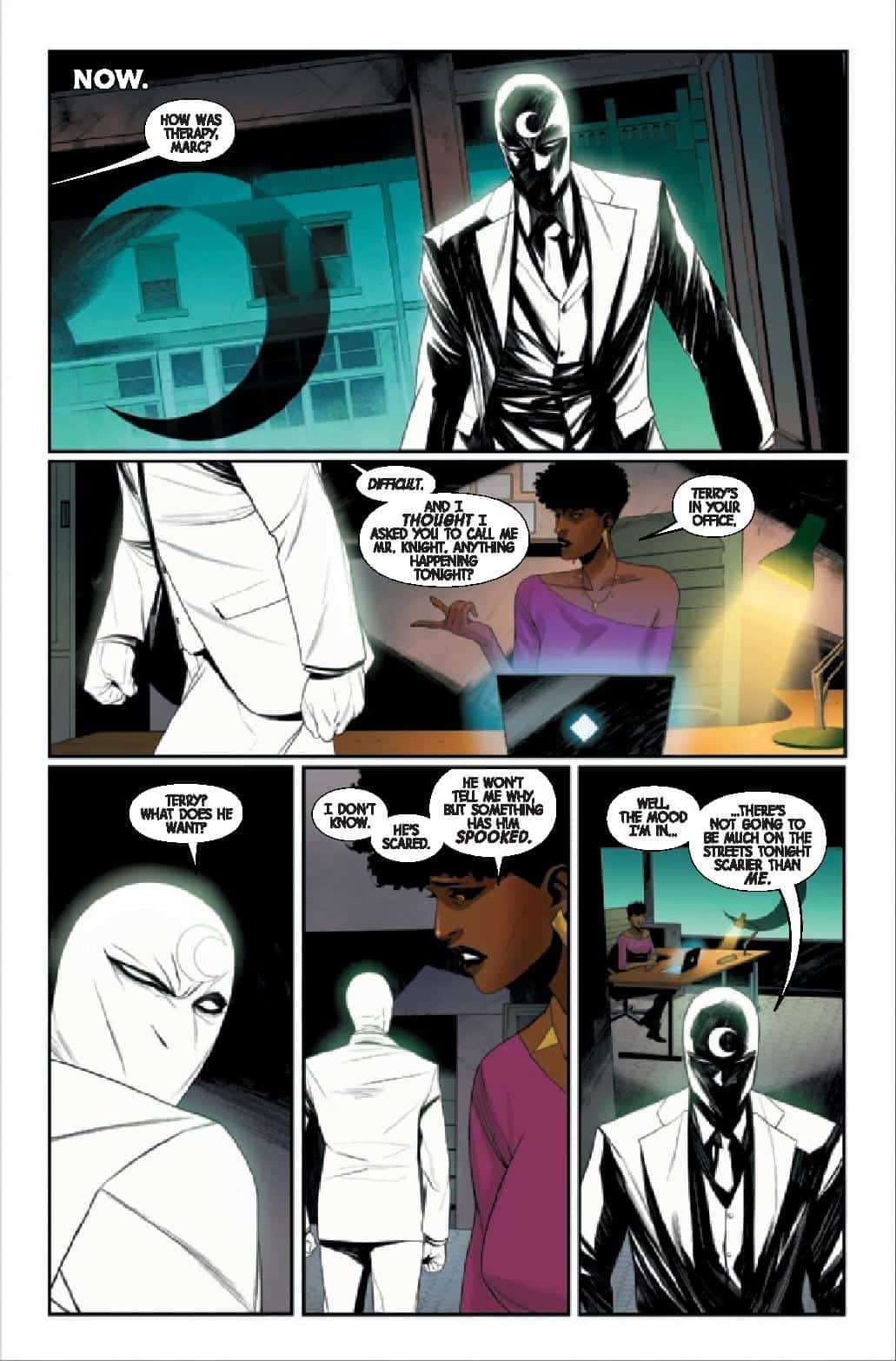 Artist Alessandro Cappuccio is still awesome. The man brings a whole new dynamic to the word “moody”. He makes his characters wear it like a badge of honor, it serves to strengthen the characters and not make you wish they were emoting differently, I honestly think that this book would need to be written differently if he wasn’t the artist. Just his renderings of Dr. Sterman are fascinating, and she’s just sitting in a chair talking. This man is a talent, and I hope he’s on this book as long as he wants to be because, after this, who knows where his star is going to land?

Another hit in a 5 issue winning streak! MacKay and Cappuccio have really brought a new dimension to this character and have turned this into way more than just another reboot/relaunch.