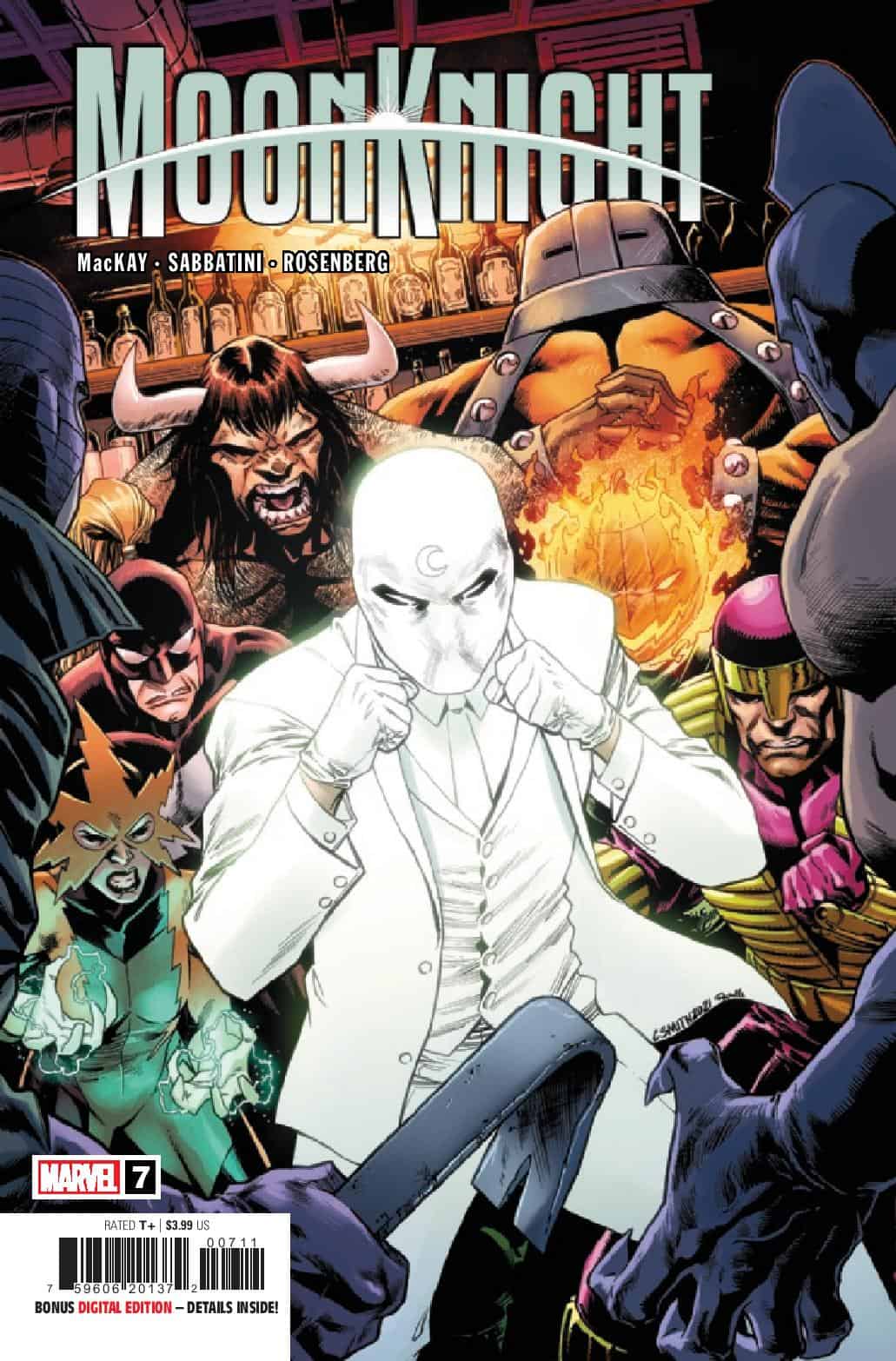 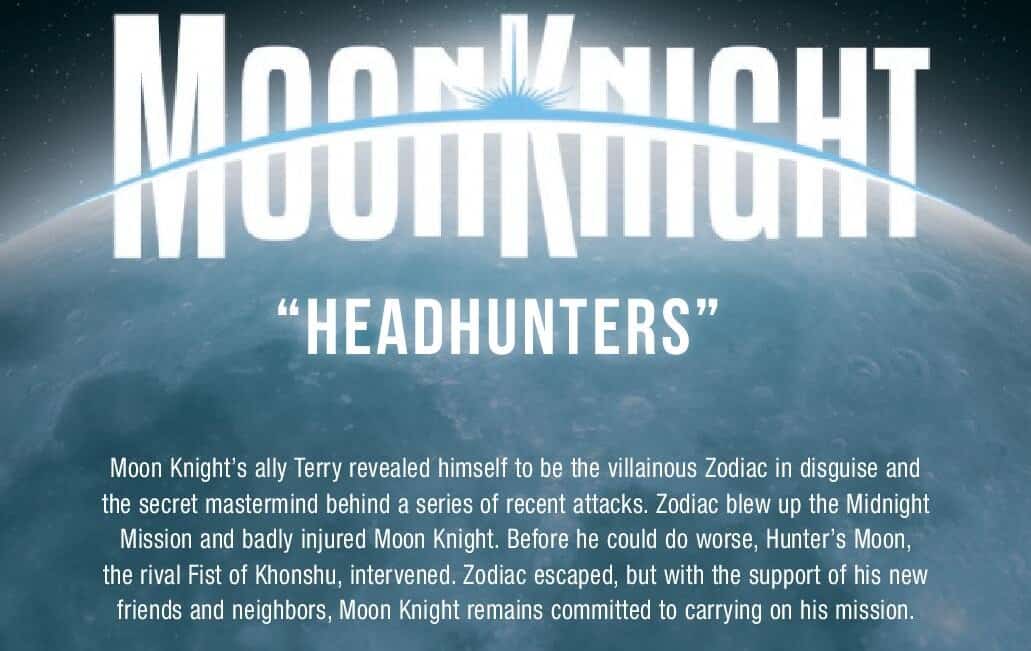 This issue is another winner in author Jed MacKay’s Moon Knight run so far. We get everything that makes this particular series great. Some mystery, some super-villains, some supporting cast, and tons of action. I think what makes MacKay’s run so great is that some authors try and get into Moon Knight’s head, and that’s a problem because there’s a lot going on in there, to say the very least. MacKay uses Marc seeing a psychiatrist to get all the inner monologue across to the reader without having to write a lot of awkward dialogue. Another thing that MacKay has done is give Marc a killer supporting cast. His portrayal of Tigra is incredible, and I hope that at some point, he gets to write a solo Tigra mini or ongoing series, but I don’t want her to stop being part of the supporting cast here. Marc has to go through some villains to get to who he wants to, and the author makes them a lot of fun without making them seem incompetent or stupid. 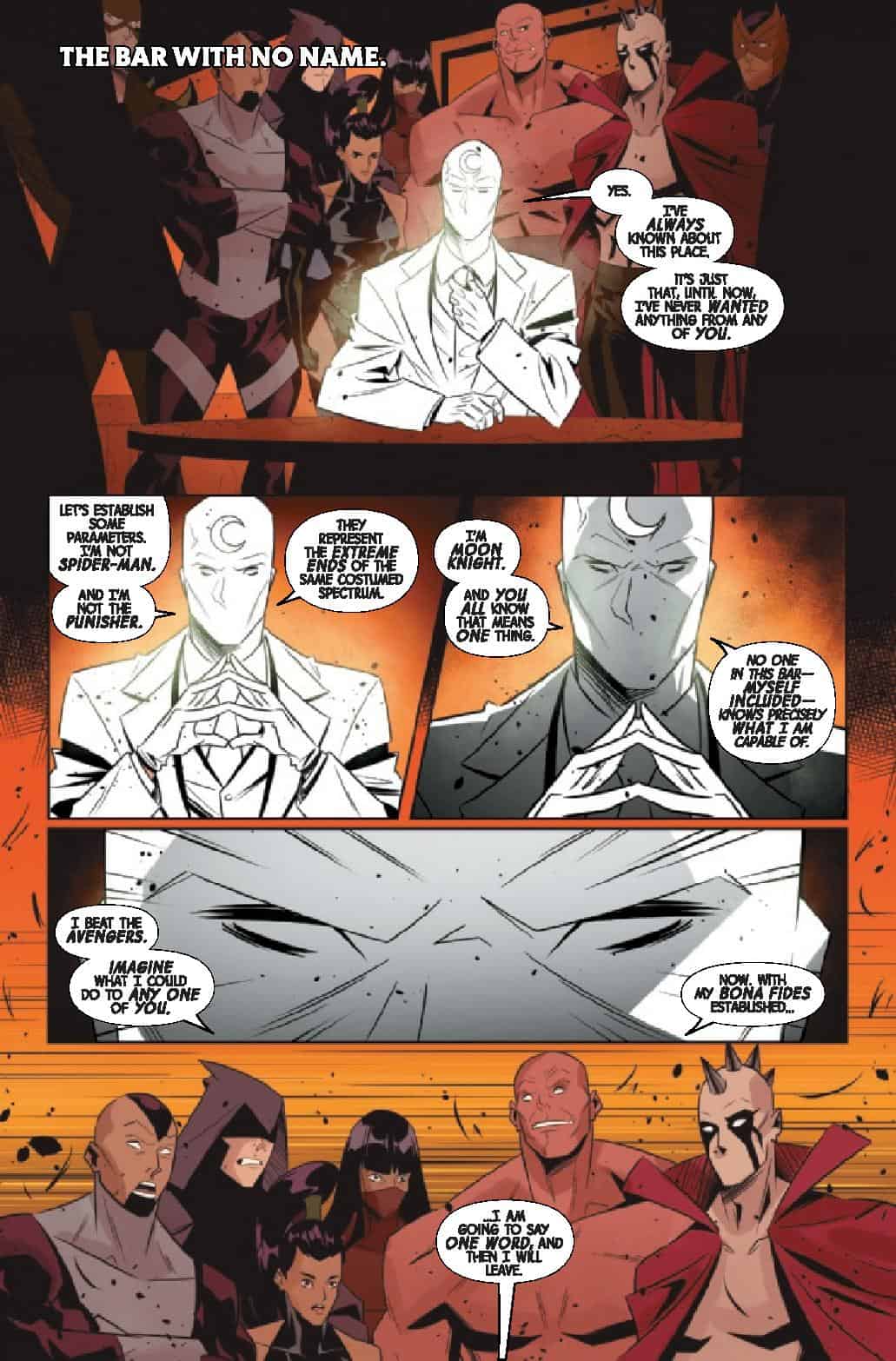 Artist Federico Sabbatini impresses again with this issue. He’s got a great style that really sets a tone that’s not the usual Moon Knight toon, and it’s very refreshing. We’ve gotten “grim & gritty” Moon Knight books soooooooo many times in the past that it’s nice to get one that doesn’t have a constant dark cloud over it. Sabbatini also really nails every single fight scene in this issue and believe me, there’s a lot of them. His art only improves an already great story.

With all the hype surrounding the release of the trailer for the Moon Knight series, now's a really good time for you to jump onboard this comic. It's only 7 issues deep, so it's easy to get caught up, and it's a great comic that I'm sure you're going to thoroughly enjoy.