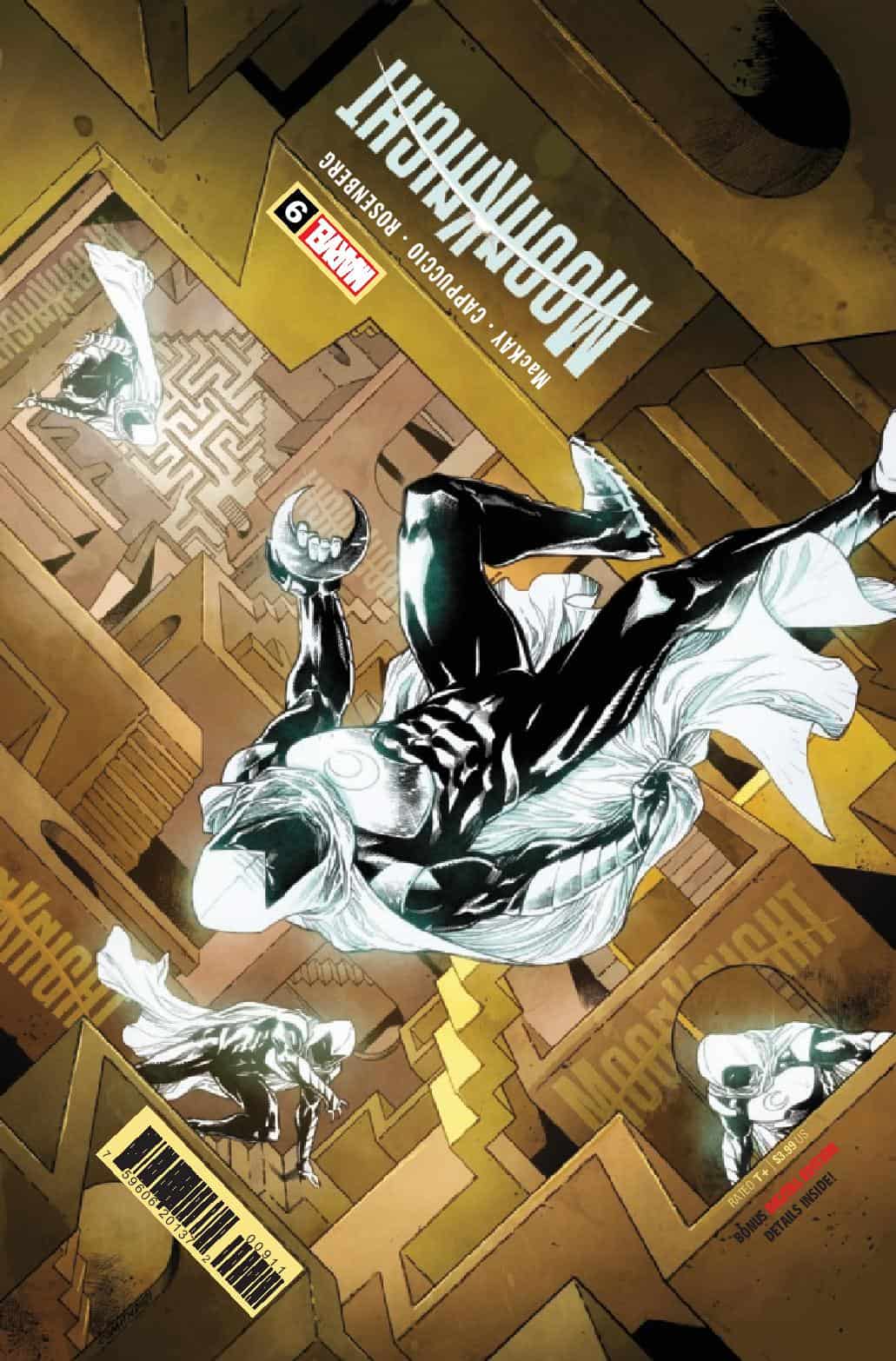 Author Jed MacKay has a clear path on just where he’s taking Moon Knight, but what’s so great is that the audience has no clue as to where that is. We get pieces here and there, moments that make you think “this is going to be important” scattered into each issue, and this issue is no different. MacKay inserts little moments from time to time that may seem inconsequential, but you really get the feeling that they’re not. Mark has been through the wringer thanks to Zodiac, but he’s come out the other side, he’s better because of it, he’s stronger because of it, but most of all, he’s angrier than hell over it and that is why this book is so thrilling. You’re gonna bite your nails, you’re gonna sit and read this until you’re done, and it’s because MacKay is such an engrossing storyteller and it really comes through here. He’s also given Moon Knight something that his solo books have lacked in the past, and that’s a place in the Marvel Universe. In the past, guest-stars have been few and far between, and while this title isn’t chock full of Avengers or members of the Fantastic Four, there are bit players that you know from elsewhere, You maybe won’t know all of them, but you’ll know enough to make it matter. 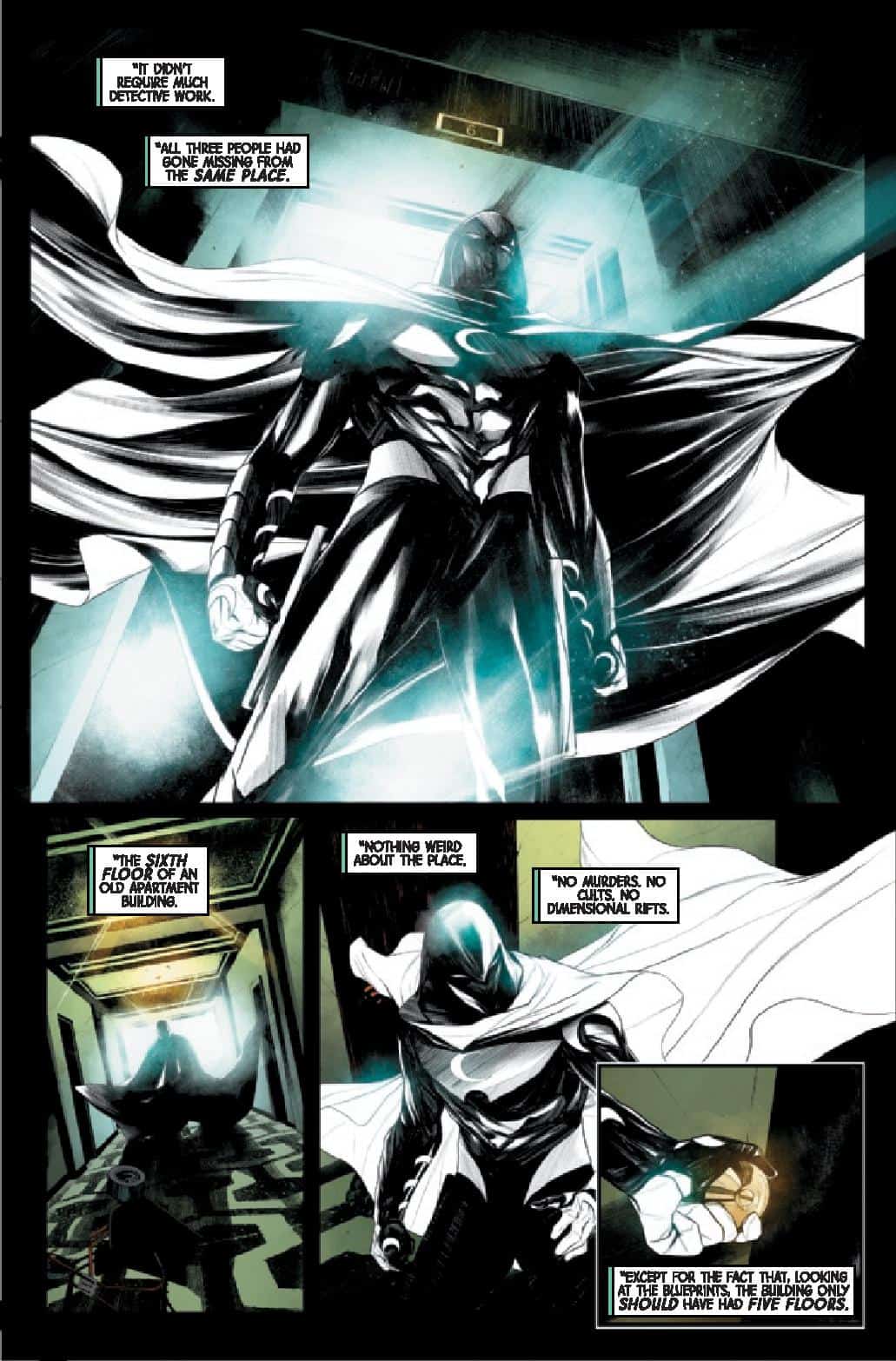 Artist Alessandro Cappuccio continues playing the hits when it comes to his art. Go back and look at the first issue and then look at this issue. It’s amazing how much he’s evolved on this book, and on the character in particular. He seamlessly blends things like literal monsters into street-level grit and it looks so good and so real. Also, a big shout-out goes to Rachelle Rosenberg for the SUPER awesome job she does on colors this issue, They really make this book pop!

This issue really makes the reader feel like they're a part of the story. MacKay pulls you right into the trenches besides Marc, and Cappuccio's art makes sure you know you're not going anywhere in this exciting issue. Highly recommended!