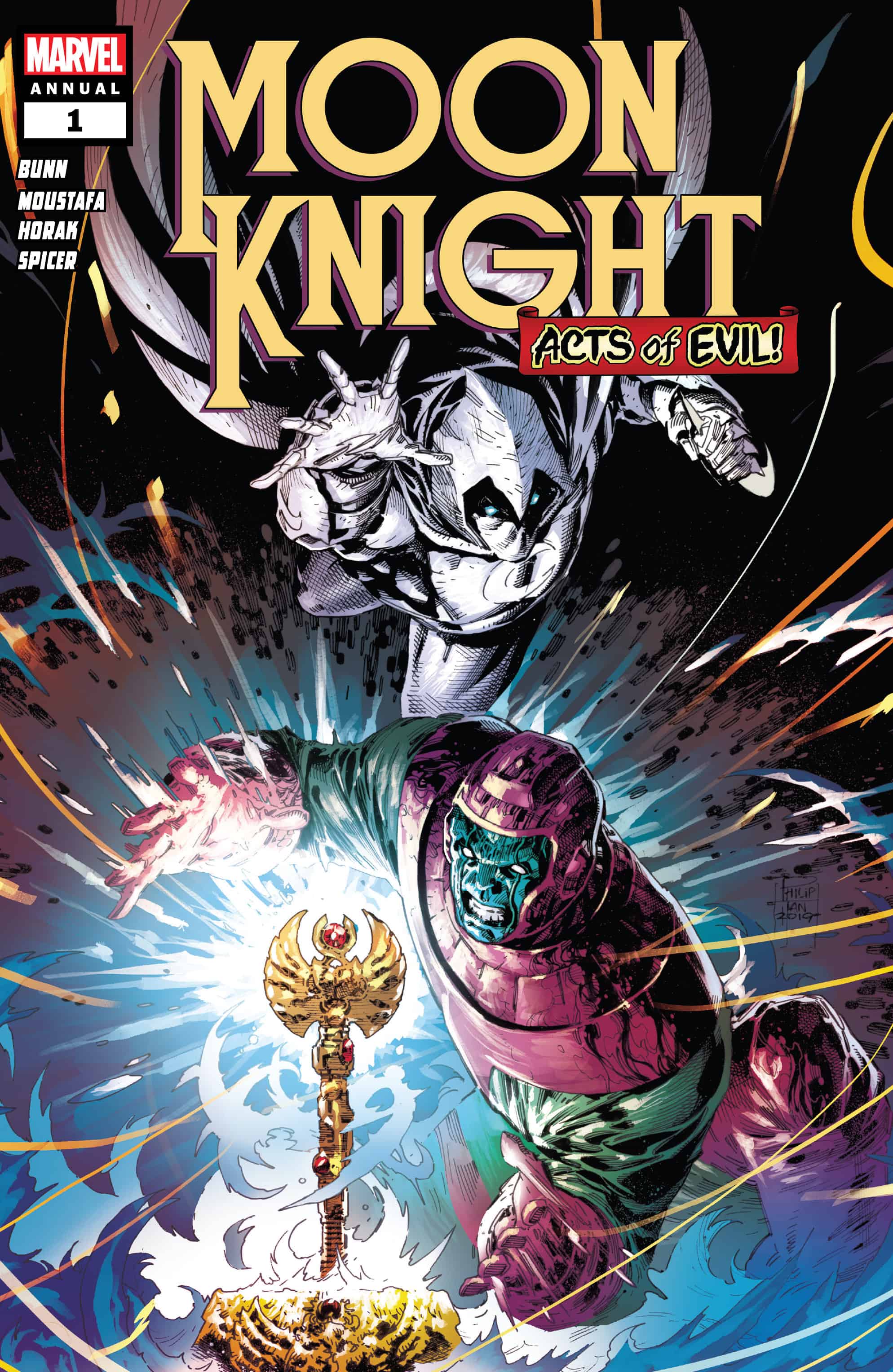 In ancient Egypt, a ritual for the deity Khonshu is interrupted by the time-tossed overlord Kang the Conquerer! 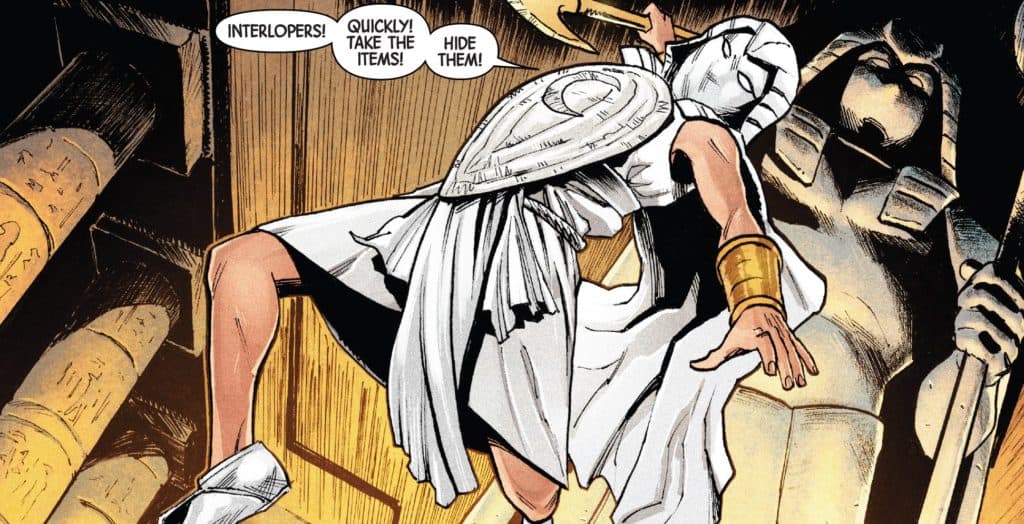 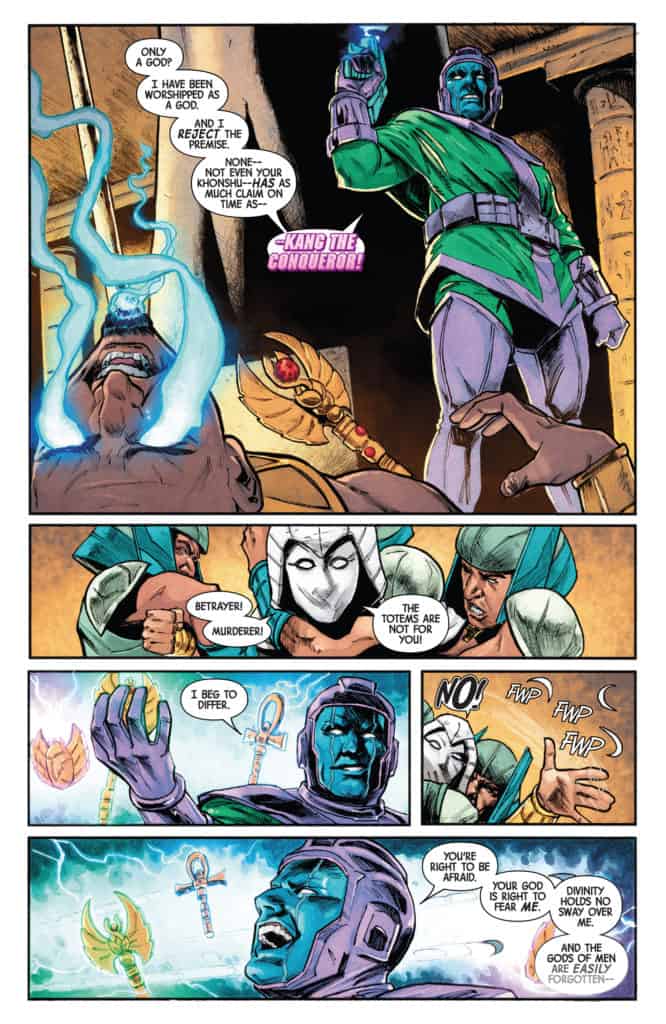 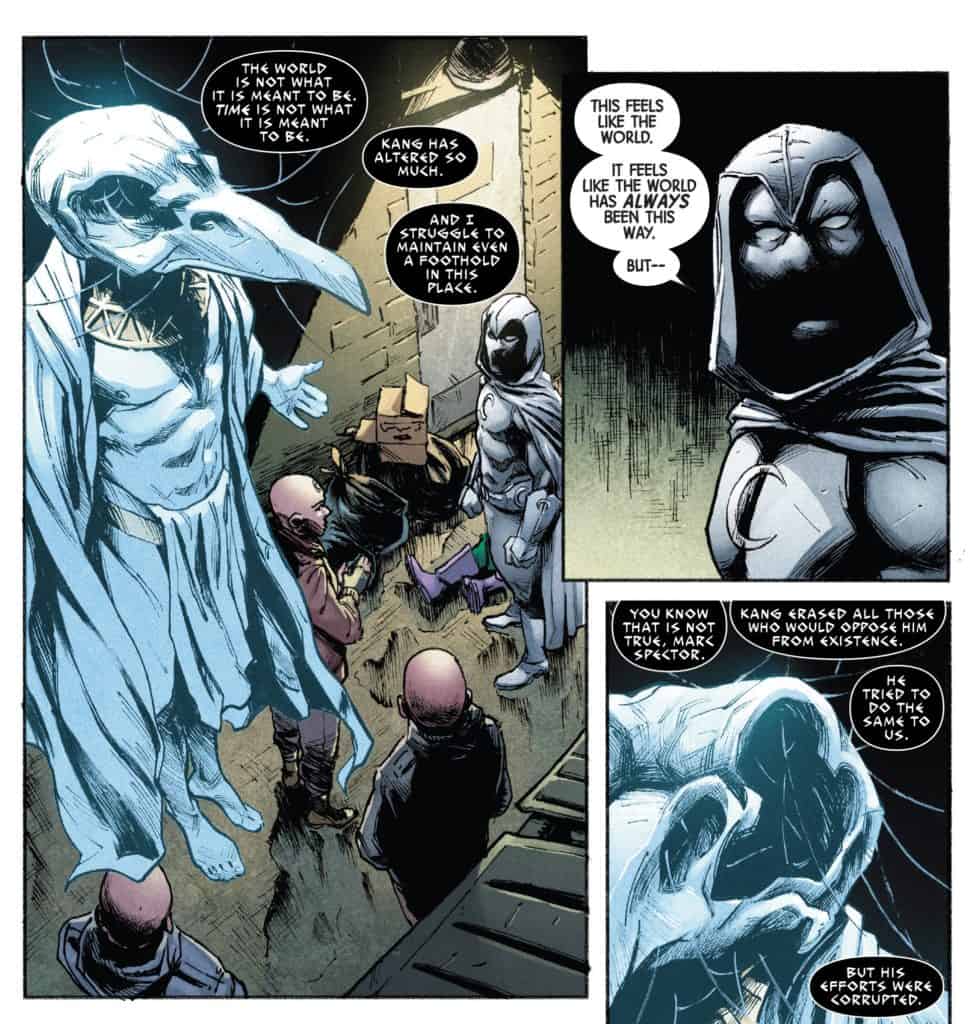 Various iterations of Moon Knight reoccur throughout the timestream to help protect the artifacts. From Old West Moon Knight... 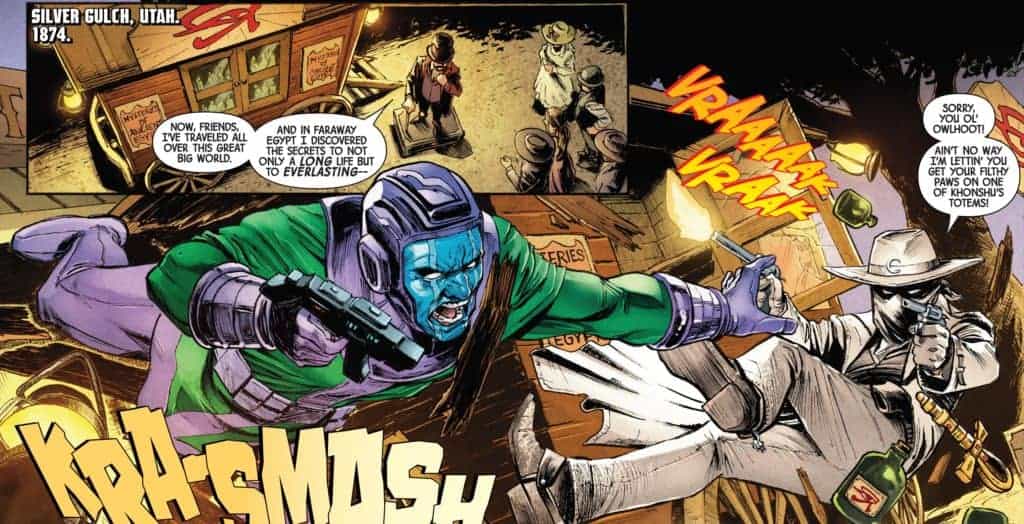 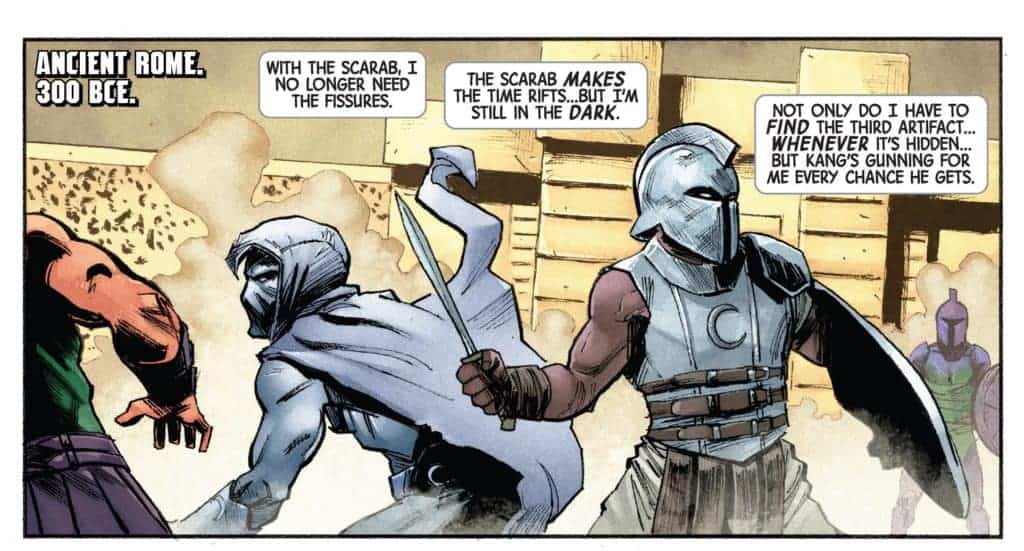 And many, many more! But history keeps repeating itself, and despite Marc Spector's best efforts, Kang continues his quest throughout time to destroy Khonshu's religion!

Moon Knight Annual #1 is a fun, lightweight romp that hides a surprising pro-faith message inside its cool, multi-Moon Knight facade. Whether readers are attuned to this message is purely up to them, but Kang’s mission to suppress the followers of Khonshu so that he can manipulate time to his whims (and, y’know, conquer. It’s kind of is schtick).

But hook is the fun with all the variations of Moon Knight throughout time. It’s an admittedly thin hook, but who doesn’t want to see Revolutionary War Moon Knight? After a dozen or so variations on the same theme, though, we end the fun trip at ancient Mesopotamia with the original Moon Knight: 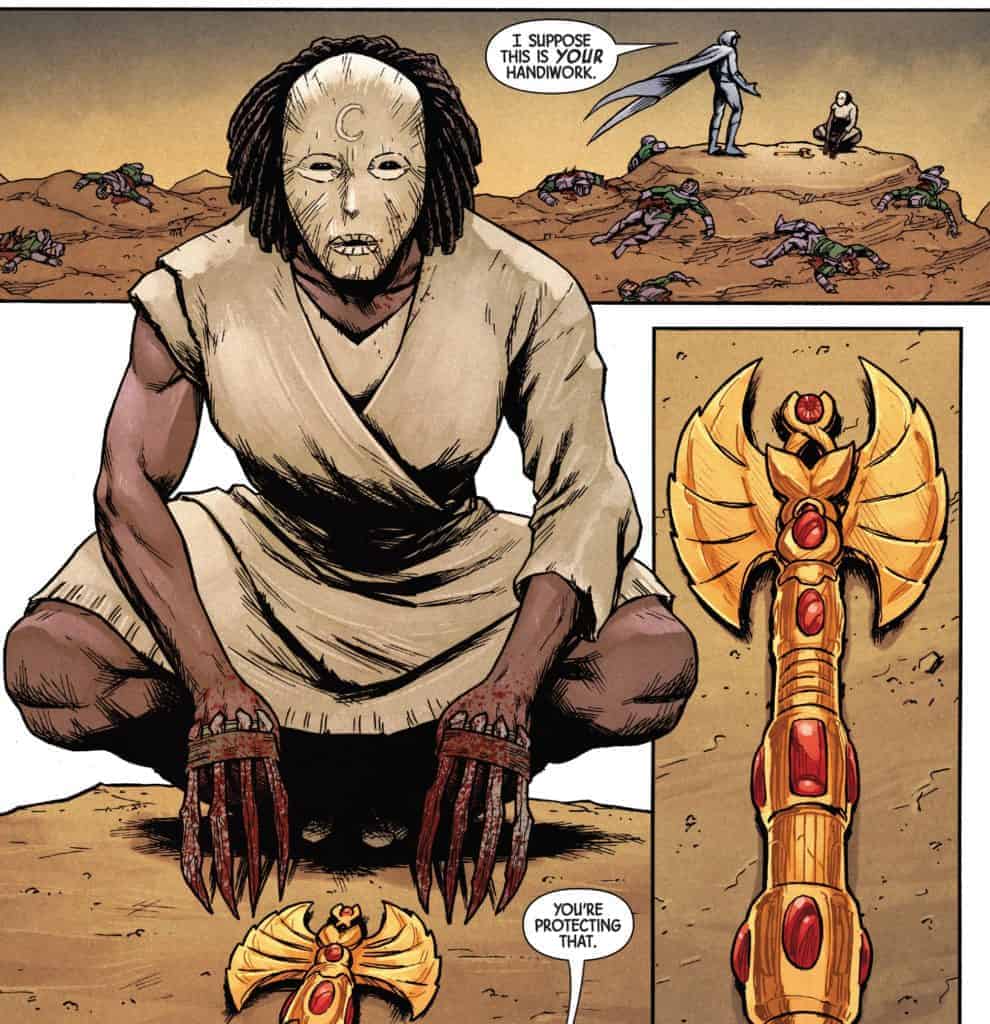 There’s a sort of noble savagery to this original Moon Knight that amplifies the nature of who and what the character is, and where he comes from. This Savage Moon Knight doesn’t speak. Only protects, and acts. Stoic to the end, leading the assembled Moon Knights from across time against Kang. It’s not the most elegant ending, and perhaps a tad unconvincing given the enormity of Kang’s usual power set, but for this story, it works – as well as highlights the never-ending fraught relationship between Khonshu and his various pawns throughout the centuries. Illustrating endless variations of the lead character isn’t a new concept, but it does broadens the scope of Moon Knight’s history. And it’s just plain fun, to boot. And sometimes that’s all a comic needs to be.

Moon Knight Annual #1 is a fun romp through time, compounding the title character's history and having a playful time throwing two characters against each other who don't usually cross paths.