With the Doom Patrol and the JLA on the trail of Milkman Man and Retconn, weird things are happening in the DC universe. For example, Gather House, long ago burned down by Mother Panic, has unexpectedly returned in Gotham City. Can Mother Panic bury her past again, or is there truly no use crying over spilled milk? 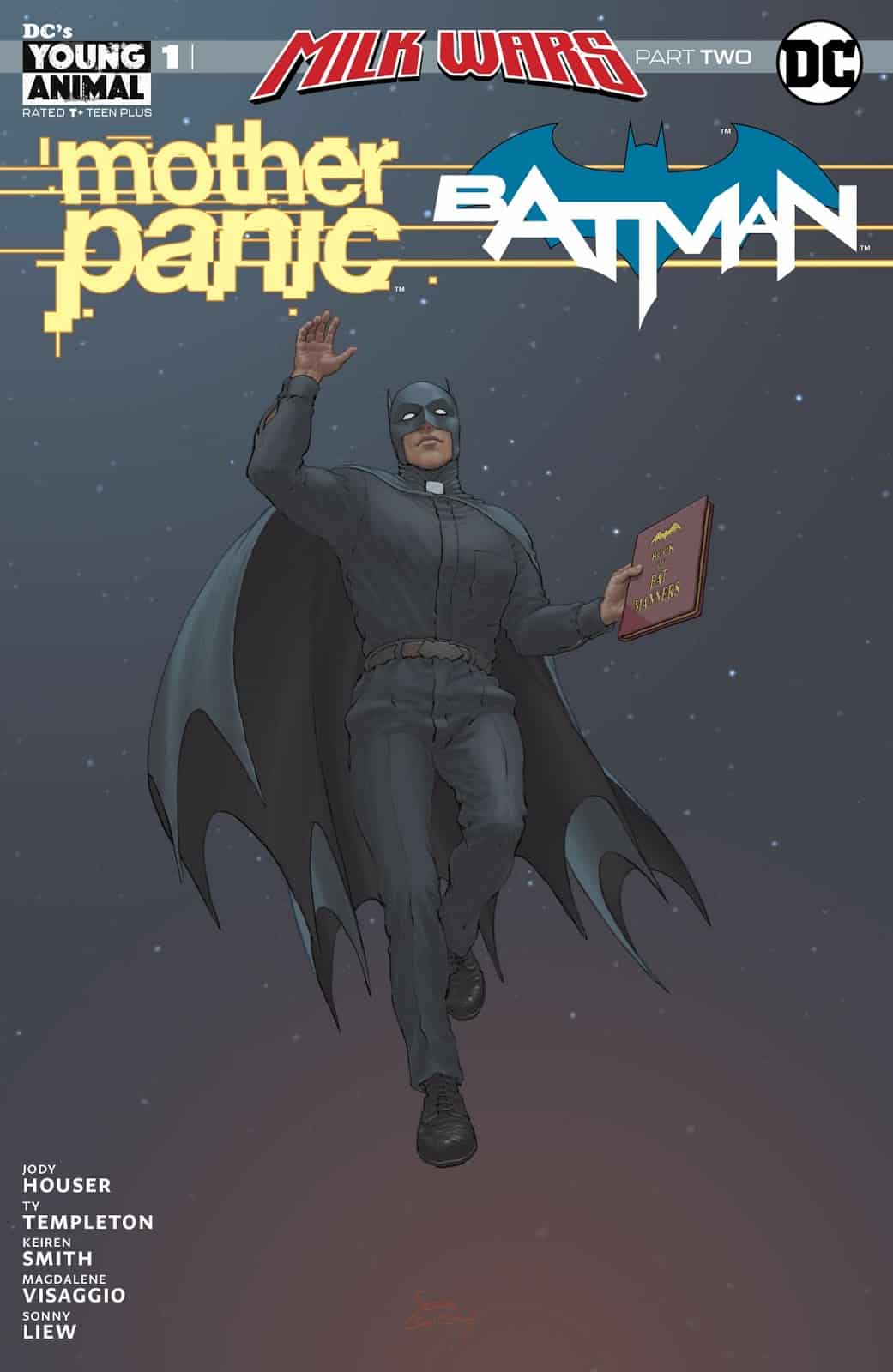 What You Need to Know:
Mother Panic is the result of endless genetic engineering at the hands of the evil Gather House and has vowed to use the abilities she gained from that to end Gather House once and for all. Batman is, well, Batman. Inexplicably they are both tied up in the tampering of the mysterious Retconn. What part will they play in the Milk Wars? Read on!

What You’ll Find Out:
Violet Paige learns from her mother that Gather House, the evil group that experimented on her and countless other children, is back. Having burned the place down herself a decade ago, Violet is shocked and goes to check into it. Assuming her alter-ego, Mother Panic, she finds Gather House exactly as she remembers it. She goes inside and is stopped by the Holy Sidekick Choir of Merciful Justice, a group of children who strongly resemble Robin the Boy Wonder and have some serious religious undertones. They lead her to their Father who turns out to be a priest collar wearing Batman going by Father Bruce. He preaches to her the word of the milk, as a solid white nun watches on silently. He tells her that their mission is to take lost and orphaned children in and convert them to sidekicks with the holy milk machine, which they intend to do to Mother Panic as well. Batman/ Father Bruce tries to persuade Mother Panic to his way of thinking, but she fights him instead. During the fight, she picks up a gun and shoots the nun, who turns out to be made of glass and full of this psychoactive milk. With the nun broken, the mind control over Batman is broken and he returns to normal. Together they evacuate all the children from Gather House and burn it down again. Batman decides to look after the children, but Mother Panic is left with a sidekick of her own, a girl she has saved twice who has been put through the Sidekick machine. Violet takes the girl home and puts her to bed, and goes to speak with her mother. When she gets there, Batman swoops in. Her mother identifies him as Bruce Wayne immediately, much to his shock. He tells Violet that he has just gotten Cave Carson’s eye, and they’ve both been summoned to fight Retconn. 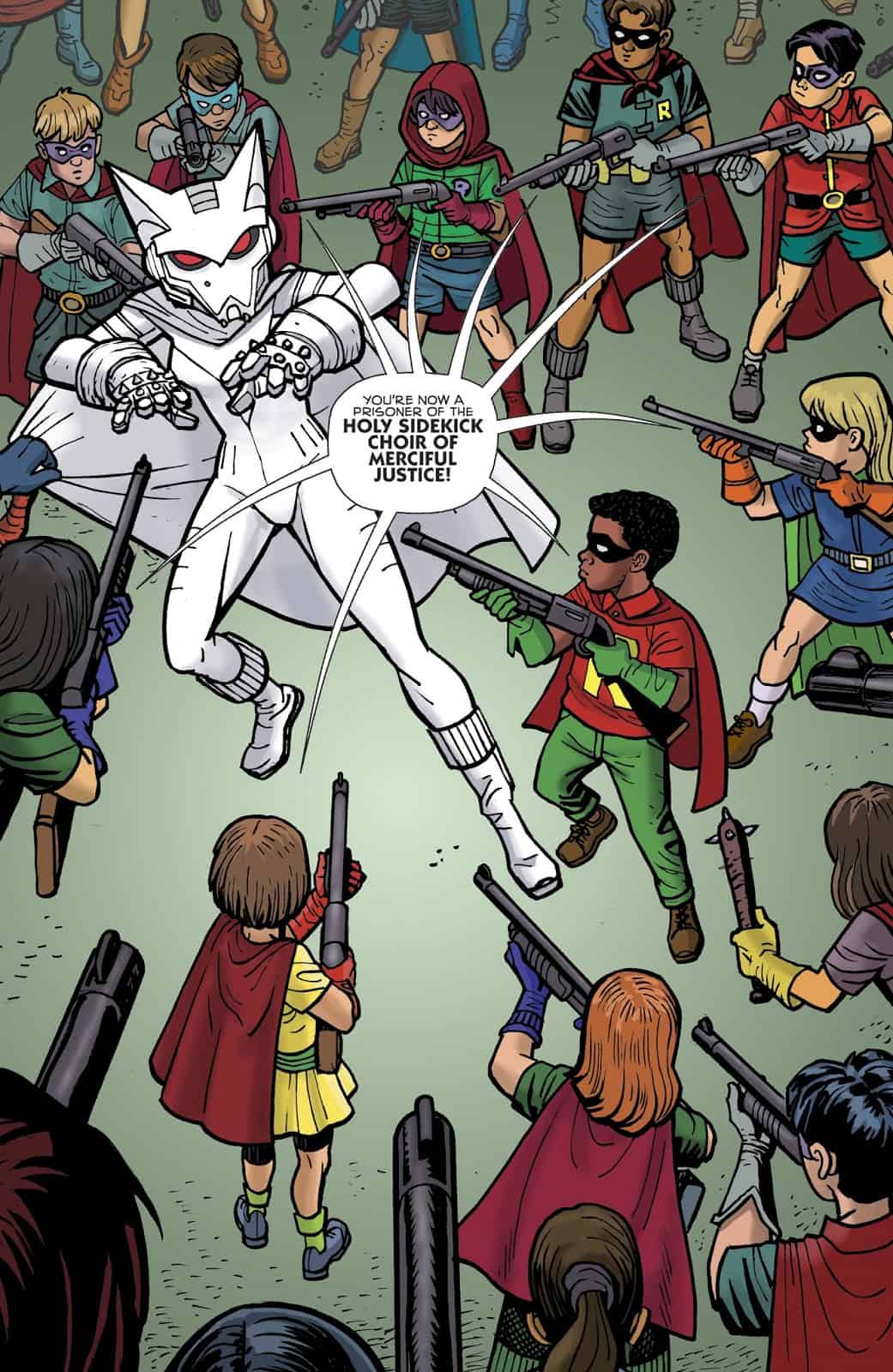 What Just Happened?
I’m really enjoying the Young Animal universe finally meeting the rest of the universe. To see Batman play off of Mother Panic is very fun, especially when he is brainwashed into being the holy Bat Preacher. I thought this book was very fun and took some very funny playful jabs at the Batman mythos. 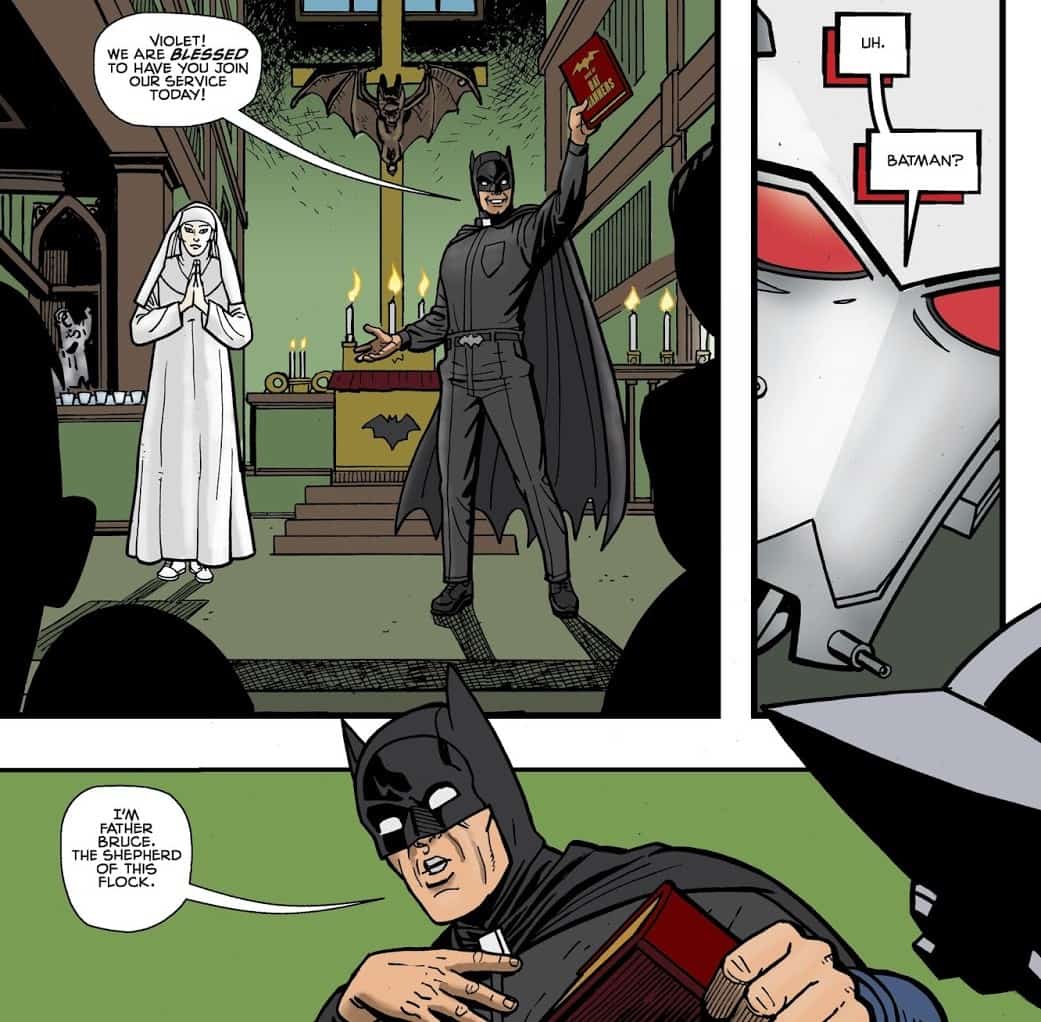 The art in this is very enjoyable as well. Much like the Doom Patrol special before it, we’re treated to a new artist on a book that has only had one artist so far. The task falls to the great Ty Templeton, and he injects a lot of humor into two characters who are particularly serious and dour.

We don’t get much in the way of plot advancement or the motivations of Retconn in this book, but to be fair I didn’t necessarily expect to either. While it doesn’t advance the overall plot much, this issue does what many great crossover event stories do, gives a fun side story that you can read if you’re a fan of the characters, but doesn’t hinder your enjoyment of the event if you don’t read it. Frankly, you should read it either way. Preacher Batman is amazing, and I’m sad to know this is probably his first and last appearance. 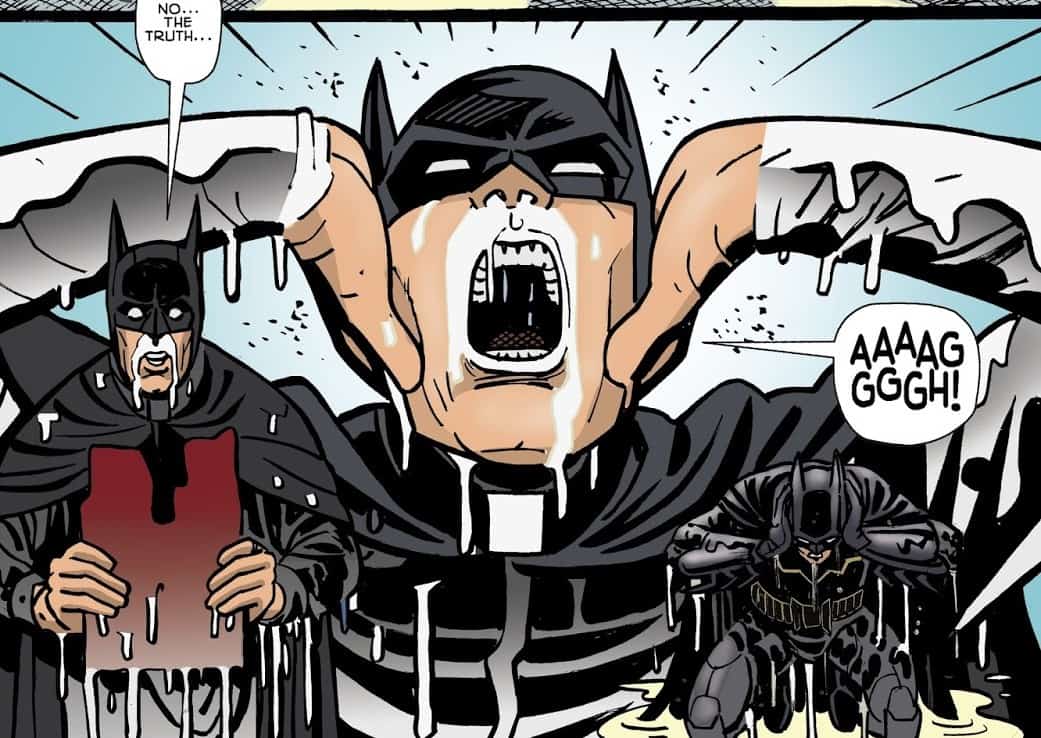 Final Thoughts: While not tipping the event’s hand much, the Mother Panic/ Batman Special delivers a fun and wacky take on the characters that you can enjoy even outside of the event. The Milk Wars rage on and consistently deliver forcibly good, clean fun.