My Date With Monsters #1: Find a Date and Save The World

My Date With Monsters #1 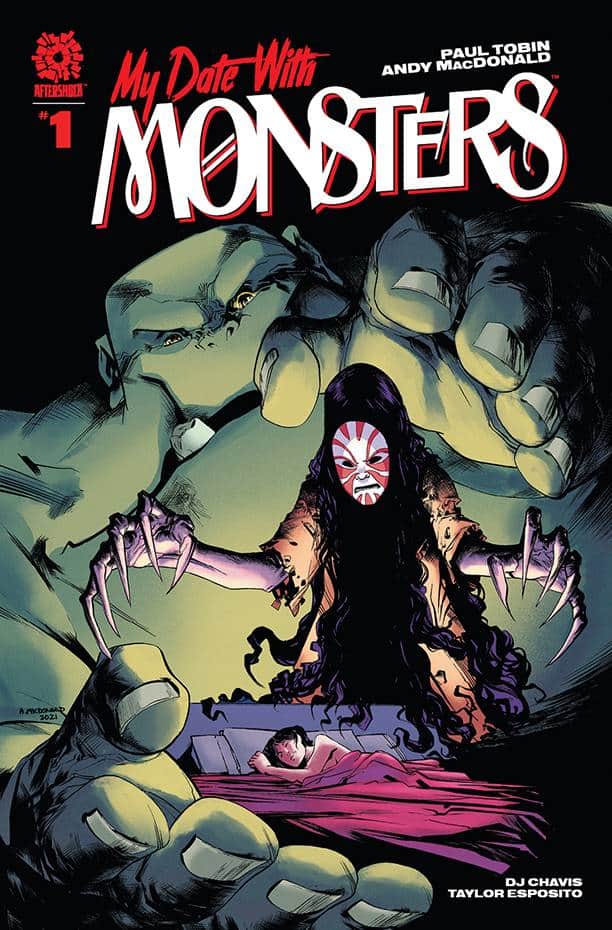 My Date With Monsters #1 is the debut issue of brand new horror series from Paul Tobin, Andy MacDonald, DJ Chavis and Taylor Esposito from AfterShock Comix.

Oh boy, where to start?

My Date With Monsters #1 is a massively entertaining, camp horror-(I want to say black comedy?) and you’re going to love it.

If, like me, you got a certain idea of what the plot was going to be from the title alone then you would be only 5% correct as what unfolds throughout the quite hefty first issue is a whole bunch of unexpected twists and turns that make each and every page more exciting than the last.

There are a lot of Japanese Horror Manga influences in this book ranging from Junji Ito to Kazuo Umezu which make it feel very unique when mixed with western influenced art and comic structure. It also feels like a first episode of a new hit Japanese Drama that would be destined to become a cult hit if it were on Netflix. 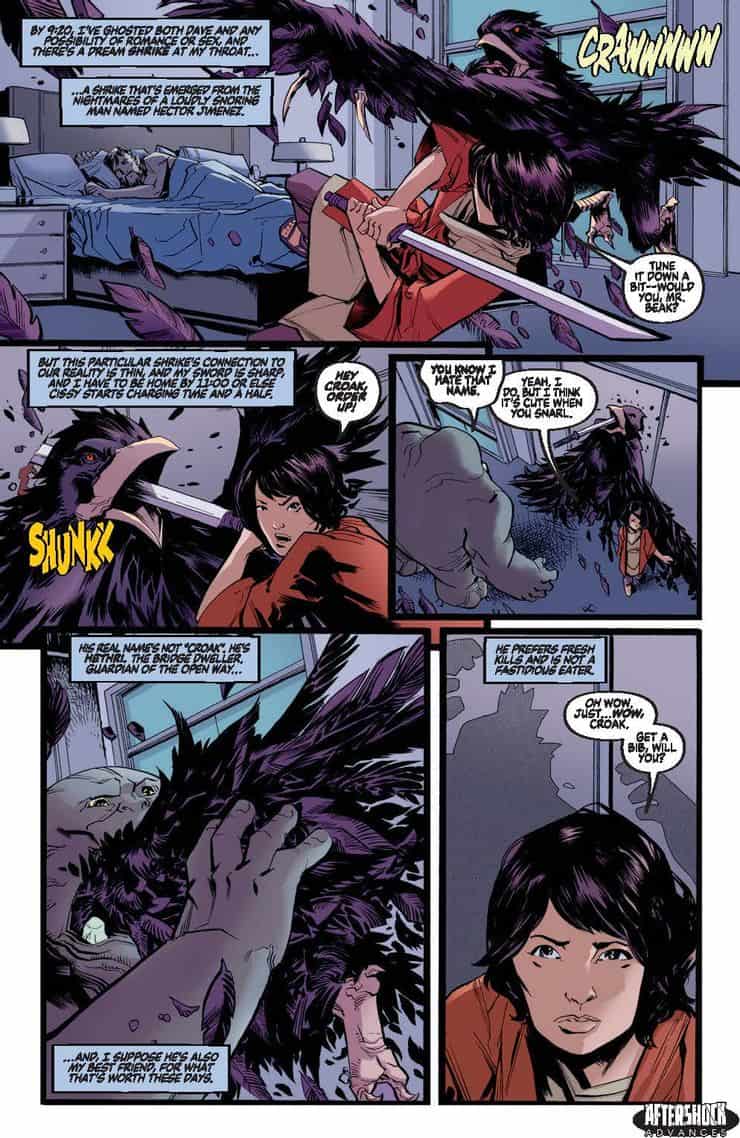 The art is great and manages to keep everything very simple in a book where a lot is happening which works to it’s advantage. The colors are bright and vibrant which acts as a juxtaposition to the books overall story and reminds you not to take the whole thing too seriously and to just have fun– which I worry a lot of us are having trouble doing these days.

My only “critique” would be that there is a lot to take in and a lot does happen in one issue that probably could have been spread over two, however, it’s not as much of a complaint as it is an observation as what does play out throughout the book is bonkers and genuinely exciting.

The story ends on a really creepy high note which J-Horror fans will most certainly appreciate and will have you coming back eagerly for issue 2.

The book has it all. From the scientific experiments in the name of weaponizing dreams going wrong, kick-ass sword fights, the military, the yakuza, a lovable monster who devours nightmares and a somewhat comical dating/romance twist it really delivers what is one of the most original and unique horror comics of 2021.

My Date With Monsters #1: Find a Date and Save The World