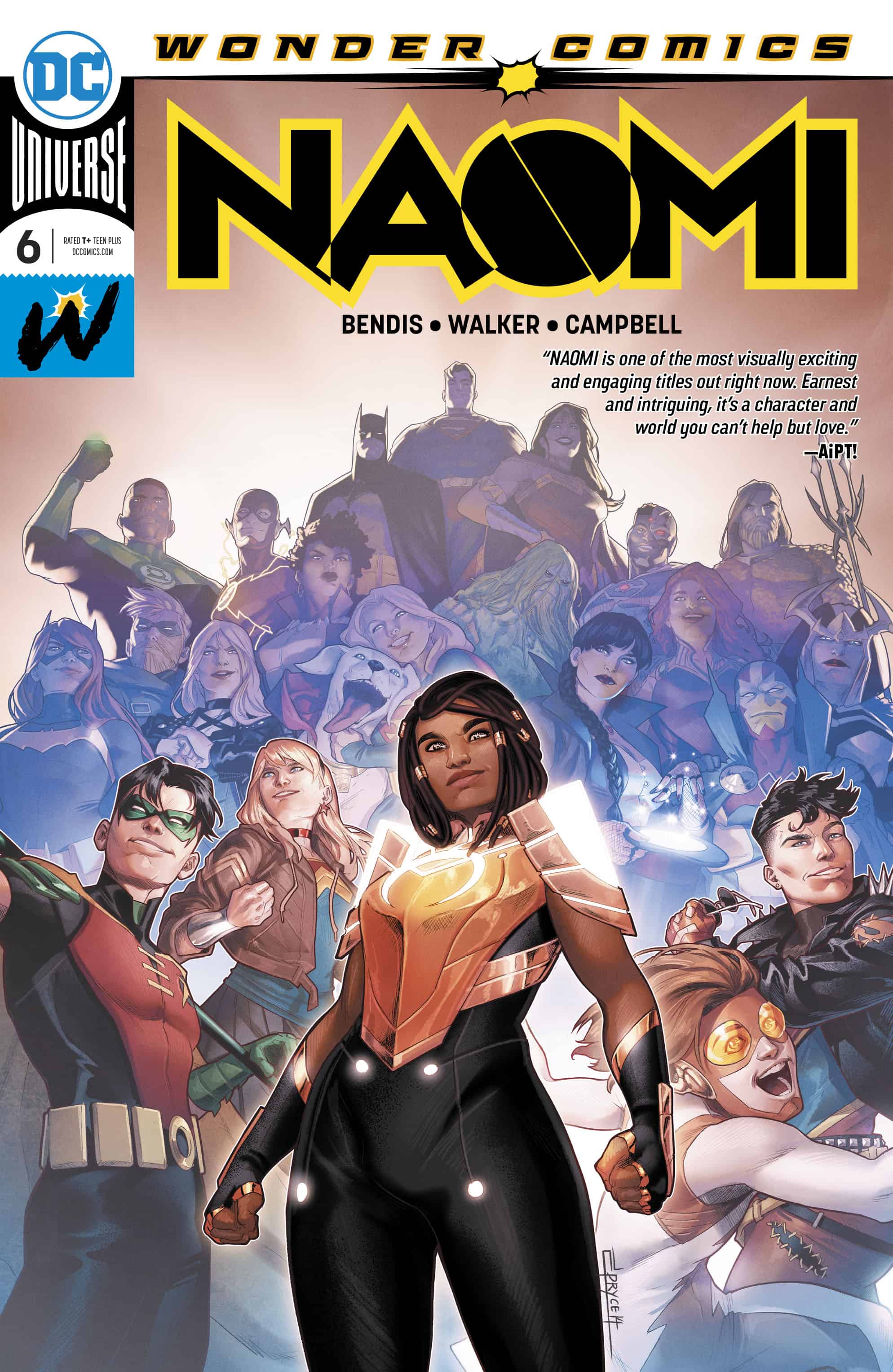 Naomi is missing! Moments after the monstrous Zumbado appeared, Naomi vanished! It's all hands on deck to locate her, as her parents panic and the mysterious Dee gets involved! 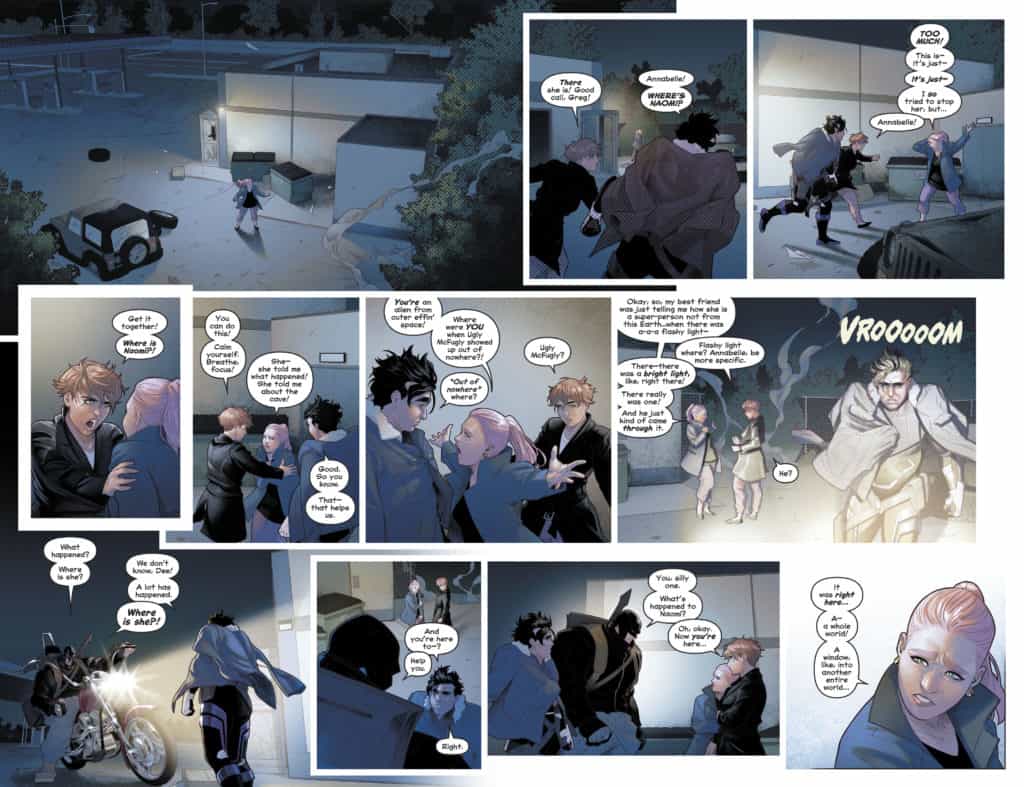 In reality, Naomi willingly absconded to her native Earth, eager for the opportunity to learn more about where she came from. 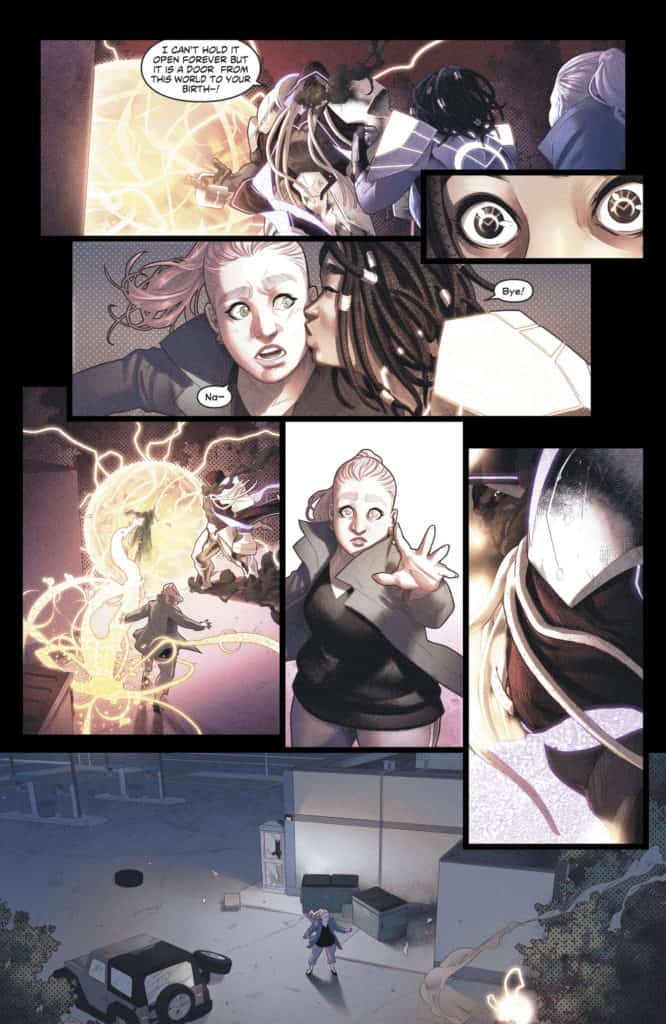 When she arrives, she is heartbroken to discover her homeworld lies in ruin. 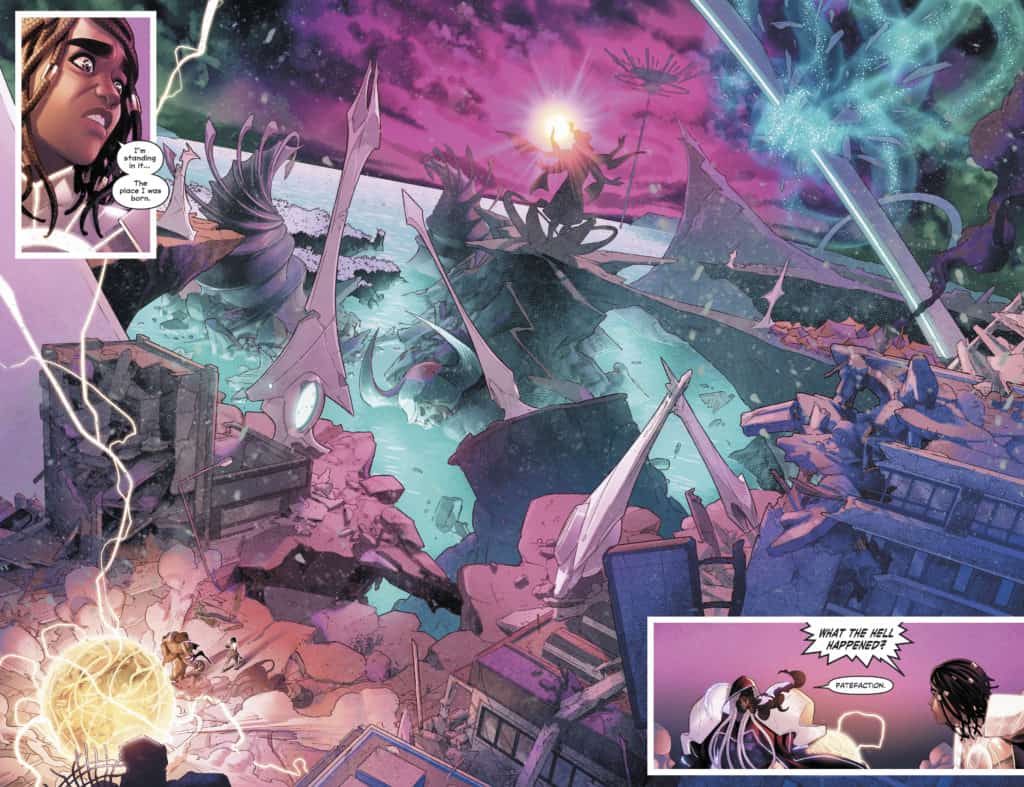 Zumbado tries to play it off as no big deal - going so far as to lie that he was friends with her parents, instead of their executioner - but Naomi knows what really transpired! 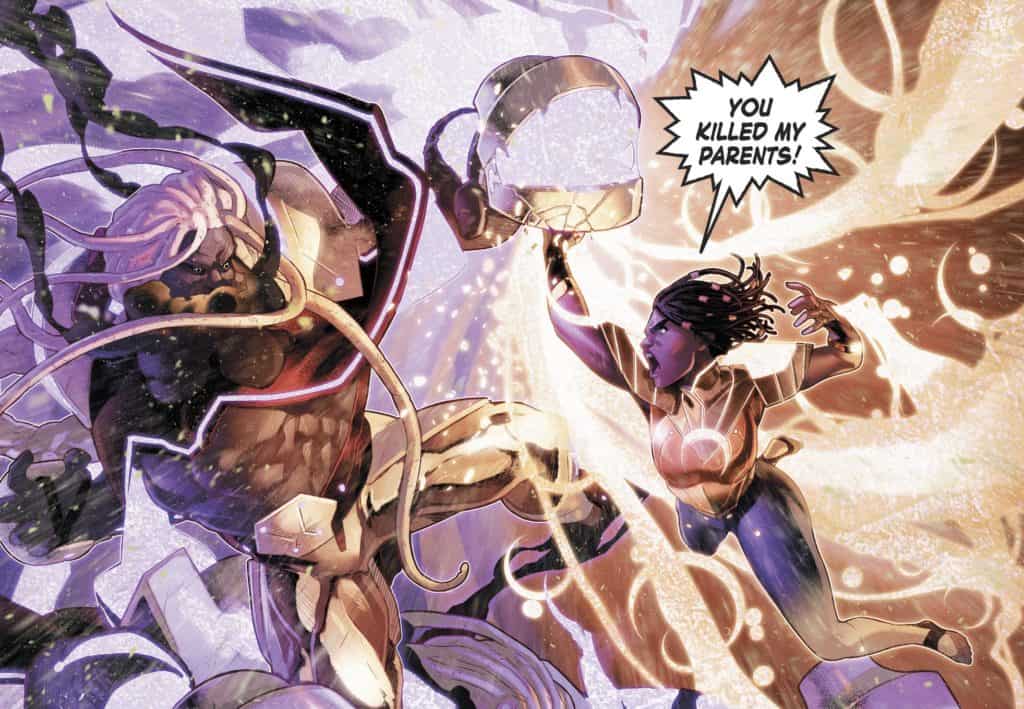 It's the moment of truth for our young hero! Will she prevail?!

Naomi #6 brings the first “season” (I hate that term when applied to comics, as a season on TV functions very differently) to a close, ending with something lying between a whimper and a bang (but closer to the latter). On the one hand, it’s ultimately very satisfying to see Naomi finally emerge as the hero she was destined to become by throwing down with her parents’ murderer; on the other hand, it all plays out a little too pat.

In a typically Bendisian move, the issue begins in media res, with Annabelle relating Naomi’s disappearance with Zumbado to her justifiably-freaked out parents (plus Dee, who doesn’t do much at all this issue other than ride around on his righteous hog and look cool). It’s a move the author employs a bit too often for my taste – end one issue on a giant cliffhanger, then pick up the next after the action has transpired and have someone else relate it – and it kills any momentum or sense of urgency the opening sequence may have had.

But writerly tics aside, the whole move sets Naomi up as a powerful yet impulsive and somewhat understandably naive hero who in one move leaps at the chance to get to know who she is and where she comes from, but then just as quickly switches when she realizes she’s being conned. Naomi’s willingness to throw down with Zumbado is by no means a definitive ending to his threat (and good, because I really hope there’s more to him than the crush-kill-destroy we’ve seen so far), but it does show she’s a force to be reckoned with.

And Bendis and co-author David F. Walker (who doesn’t get enough credit for his contributions to this series, although if you asked me I’d probably stop at “some plot assist, I think?”) also shows she’s not ready yet for this fight, by having a deus ex machina character come in and save her from death at his hands. It’s an intense moment, but comes so far out of left field that it doesn’t feel earned or even overly logical (and based on her design, I was confused upon my first reading and thought the character was Naomi’s Earth-mother). It makes a sort of sense, but is so random that it just fails to land with the impact the author was clearly hoping for.

(And for those of you keeping track at home, my gentle knock on a character design is probably the only negative thing I’ve had to say about Jamal Campbell’s otherworldly art throughout my reviews of this entire series!)

And in the end, of course, the heroes prevail, and Naomi begins her ascension to joining the ranks of DC’s mighty and ever-expanding pantheon of heroes. Has she earned that spotlight? Not yet – but her future looks very, very bright. And those deep roots of hers to the larger DCU give her a solid foundation to in time be transplanted into many different scenarios. I can’t wait to see how it plays out – if nothing else, Naomi has earned that sense of anticipation. Kudos to Bendis, Walker, and Campbell for introducing such a fun, compelling character – one with the potential to shine for years to come.

While not quite sticking the landing as it so desperately desires, Naomi #6 brings the eponymous character's first arc to a finale with a compelling sense of closure, and a sense of wonder at what the future holds.