Naomi Season Two #1: Getting the Band Back Together 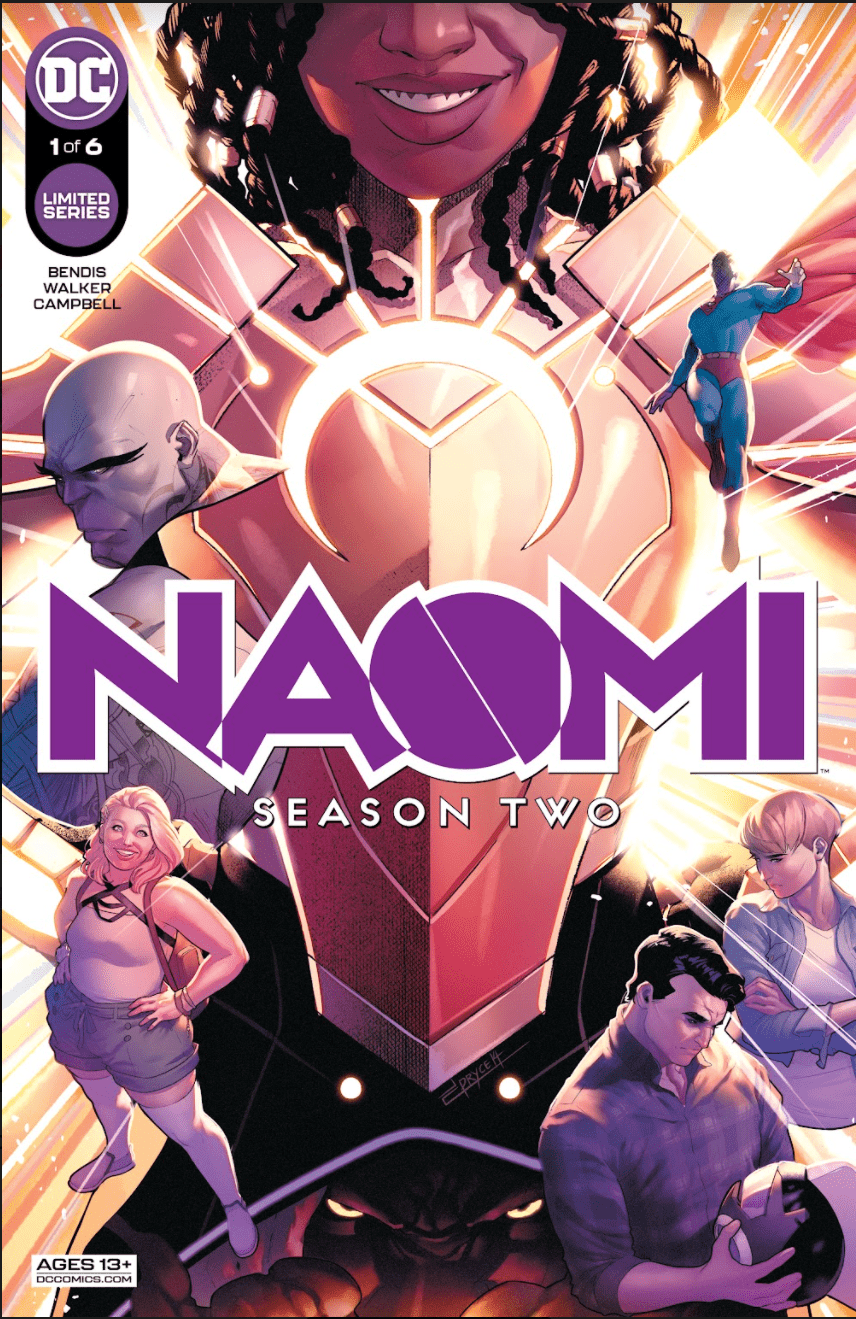 Things have really changed for Naomi since she got her powers and discovered her origin... like joining the Justice League! Can she ever return to her old life? Or is there no going back?

But before she can answer, a new mystery starts to unfold - and it starts at home!

Naomi was a enough of a breakout hit when it debuted in 2019 that not only did DC see fit to have her graduate to the Justice League, but she got her own show on The CW, too. It would seem that the character has resonated enough to make a statement beyond merely being an over-hyped “the next big thing:” something about this character is clicking with fans.

But what? Surely, we’ve seen this story before: an ordinary person, discovering they have powers and an incredible background they didn’t know about, is catapulted into an unplanned life of heroism. But to reduce Naomi to that basic premise is to miss the point. In creators Brian Michael Bendis, David F. Walker, and Jamal Campbell’s hands, she’s a legitimately fun, relatable character who feels grounded, sunny, and with real-world problems. In other words, she’s a Marvel character plunked into the DC universe: someone built with personality quirks and failings first, and then injected with the more superheroic aspects. It’s the opposite of the historic DC approach, which is why Naomi works so well. DC tends toward more god-tier characters, so being infused with a more grounded character is always a welcome addition (see also: Buddy Baker, Wally West, Kyle Raynor, Tim Drake).

Of course, Naomi has had quite a bit happen in her corner of the world since her initial series: palled around with Young Justice, and then inducted into the Justice League. That’s quite a step up from where her previous miniseries left her. So Naomi Season Two opens up by asking a simple yet straightforward question: how do you go back to your old life? Can you? Should you even try?

As Tolkien perfectly put it in Return of the King: “How do you pick up the threads of an old life? How do you go on, when in your heart you begin to understand… there is no going back? There are some things that time cannot mend. Some hurts that go too deep, that have taken hold.” And that’s where Naomi is right now: unable to go back, yet unsure how to go forward, either. Her parents are acting weird, her psychologist is out of touch with her experiences, and her school friend Anna is close to being a relic from a life she can never return to. That’s a huge emotional stake for a teenager (or anyone, really) to have to cope with.

Writers Brian Michael Bendis and David F. Walker get right to the heart of Naomi as a character by diving headlong into her new dichotomy. Walker, predominantly on hand for plotting purposes, is the perfect balance for weighting some of Bendis’ more frustrating tics (meaningless fluff dialogue, exposition, taking ten pages to do what should take only two) by making sure the story stays focused on Naomi as a person struggling to adjust. She feels real throughout: together Bendis and Walker have created a character who is as human as any of her Everyman predecessors, from Peter Parker to Miles Morales and on.

Of course, it wouldn’t be a complete Naomi comic if it didn’t have Jamal Campbell on art. After exploding in the first Naomi series and cementing his living legend status with Far Sector, Campbell’s art is as critical as anything else to this comic’s success. Being a complete penciller, inker, and colorist all in one puts him in a rare position to be fully in control of his final product, and the end results are breathtaking to behold: 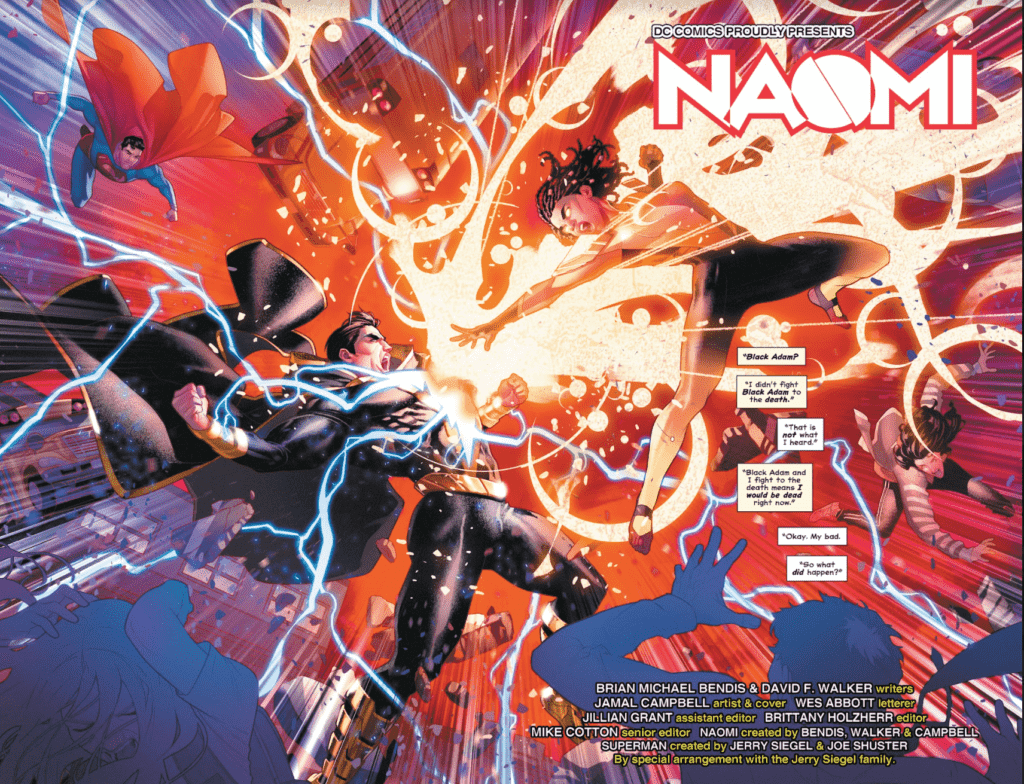 Truly stunning. In the decades to come, Campbell will be rightly spoken of as a defining artist of this era in comics history.

And along with letterer Wes Abbott, the three pick up seamlessly where they left off with the first Naomi volume. Given how much the character has been through in-continuity between series, it might have been too easy for the creators to get bogged down in those details, and lost sight of what made this comic so great to begin with. Fortunately, that has not been the case; instead, readers are graced with a powerhouse creative team at the peak of their power. We – and comics – are better for it.

Getting the band back together doesn't always work out, but Bendis, Walker, Campbell, & Abbott make it look easy in Naomi Season Two #1. This is the magic that happens when a creative team is fully locked in sync.

Naomi Season Two #1: Getting the Band Back Together