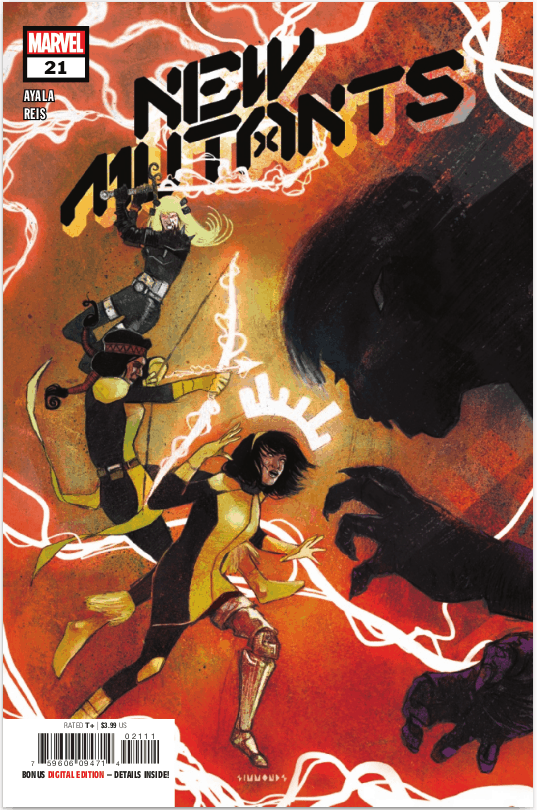 When the kids are discovered trying to resurrect Gabby the Resurrection Protocols are brought into sharp focus and some grey areas are re-examined. Meanwhile we experience more synergy on the moon as the kids get lost in space...and as the truth is revealed about Rahne and Gabby, what next for the Shadow King? 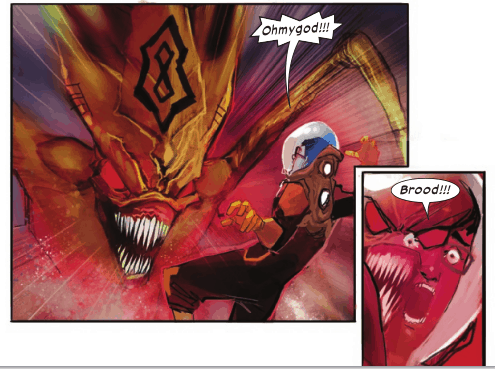 STORY: Finally Vita Ayala begins to let things unfold regarding the machinations of Amahl Farouk, and not a moment too soon, as they are now making it clear Shadow King is definitely playing the villain card. This is why I love what they are doing with this book and the development of the plot is ticking on nicely, to edge ever closer to what I know will be a hearty pay off. Not to mention clarifying the position of The Five as regards the Resurrection of clones, or those who were seen as clones but are now people in their own right. Thankfully The Five have made an executive decision, and I only hope this may have some bearing on the decision made about Madelyne Pryor. 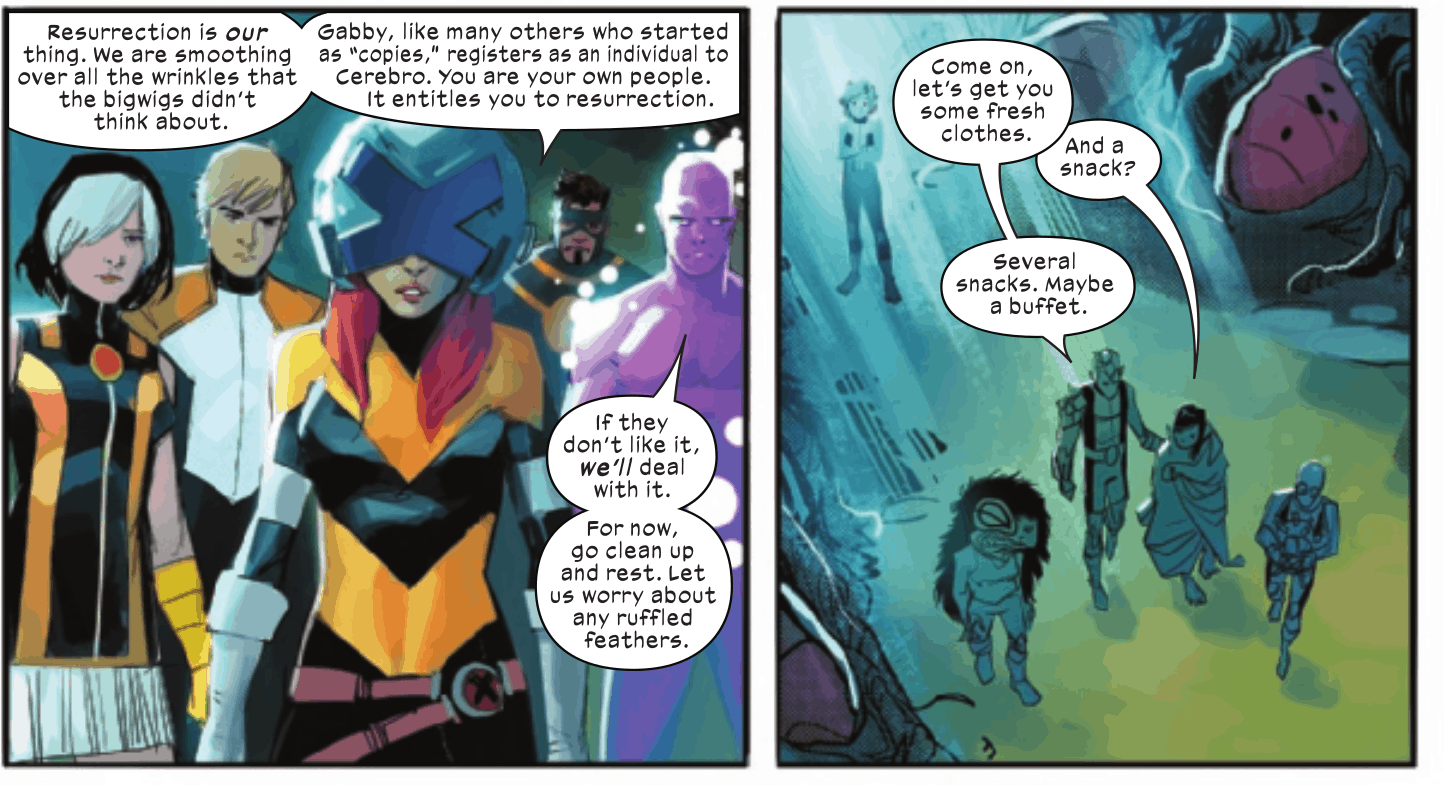 CHARACTERS: We also get another little guest appearance, this time from Broo and a nod to the King Egg which changed things considerably for him way back when. As well as mention of a double homicide during the Gala, with recognition to the other recent murder on Krakoa. And what started to look like ‘Trouble with Tribbles’ in the lunar training session subplot actually paid off well in that we were not only treated to some more of that spectacular synergy (in triplicate no less) but we also got to see Warpath being the fierce protector we know he can be. After the last issue revealing his intuitive side, we now see he is a consummate teacher with a strong protective streak. 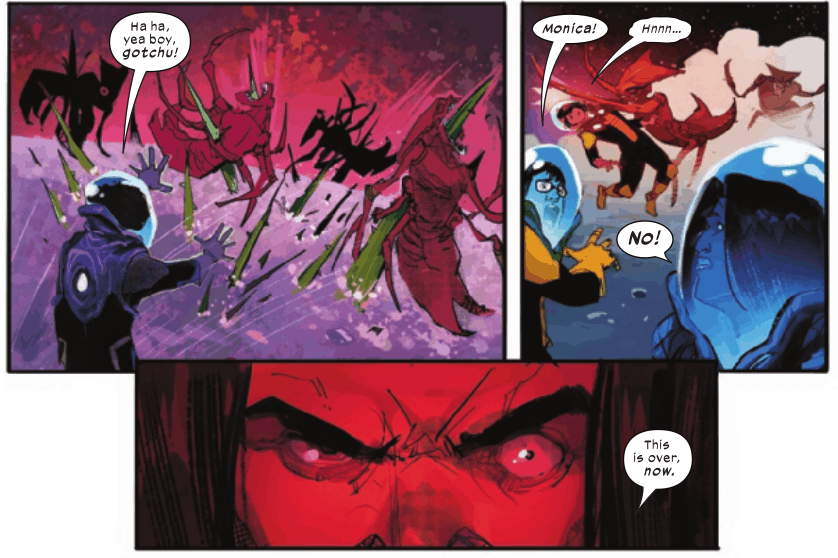 There seems to be more character development for him that is long overdue and I’m here for it. And again this shows Vita knows exactly what they are doing with these individuals, and is being as faithful as can be to the and rich history of each of our well known and well loved personalities. Not only as Karma and Mirage discuss what to do about her but also adding Magik being aloof and nonchalant in the perfect way she does. 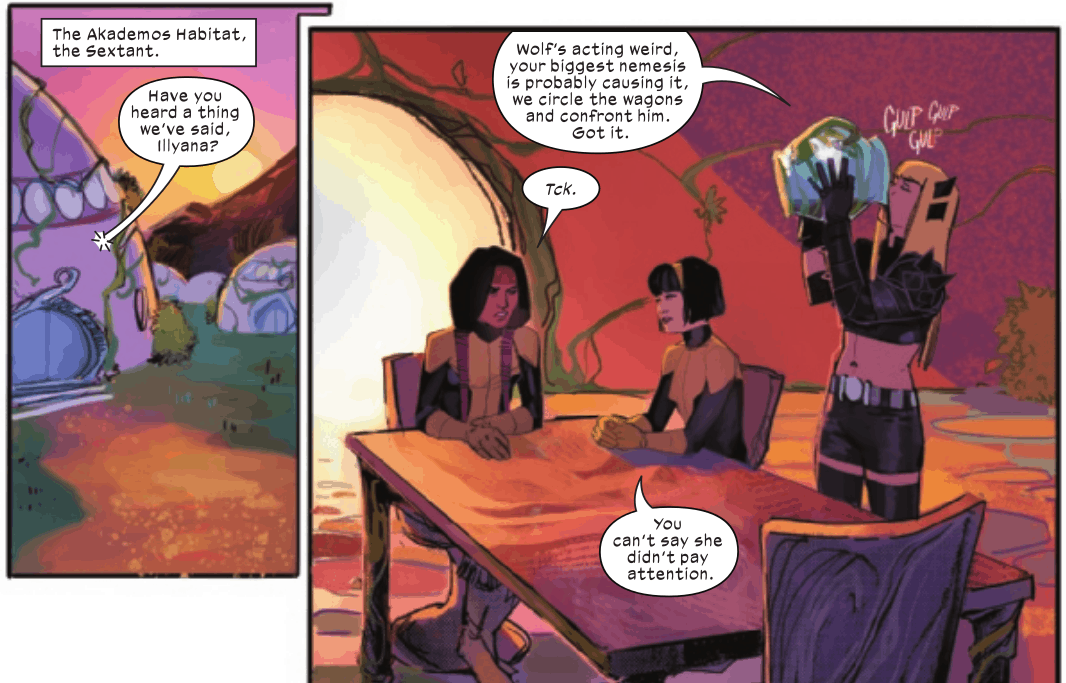 ART: The covers of Martin Simmonds have served as a perfect way to set the mood for the story so far. And this one is no exception, giving the girls center stage and making it clear the ones to watch are our leading ladies, as they hold the focus and remind us they are the main attraction in the unfolding drama. In terms of the internal art I have to say I did miss Rod’s stylised art last issue. And it’s kind of tearing my opinion this way and that, the way it switches from one to the other. While Alex painstakingly etched every single expression in the characters and made the facial expressions ring true to the story in crisp defined lines, it has to be said that Rod has something special in catching the flair for the dramatic. In the fight scene with the Brood, you actually felt the drama and energy of it and the whole protector aspect of James was writ large in not only his words but his actions. 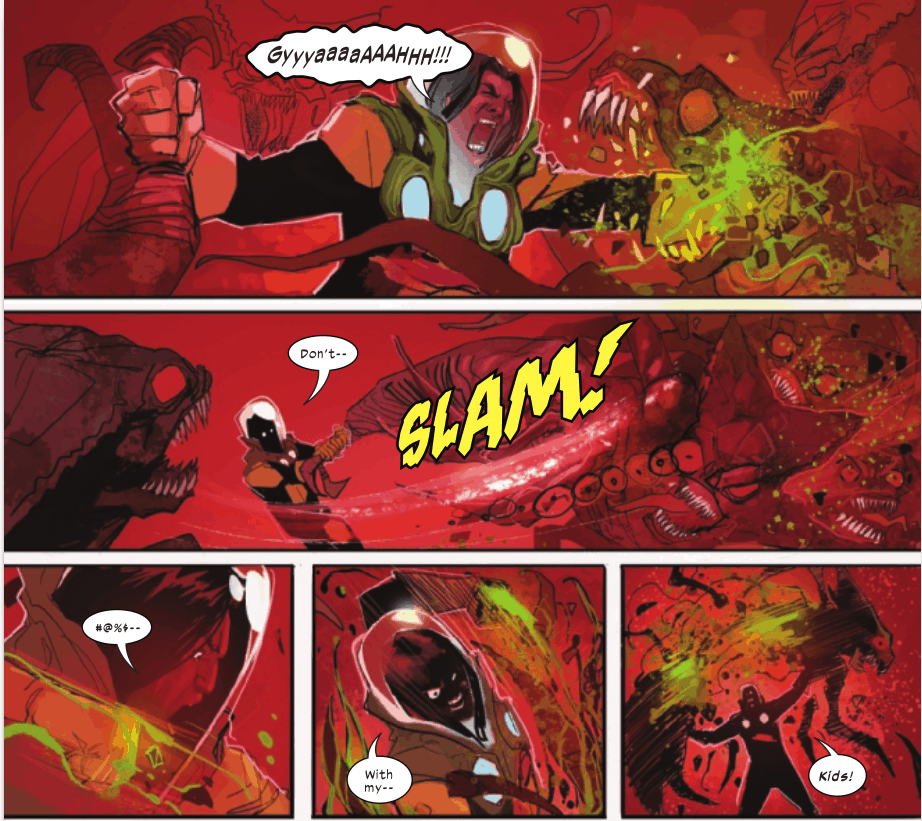 And even in the calm scene where Xi’an and Dani discuss the dilemma of Rahne and their doubts and the possibility Karma’s opinion is biased because of her past interaction with Farouk, the air is positively ripe with build up to resolution. And that is largely due to the synergy of the art and writing team. Not only do these two not overshadow each other, but they both manage to feed the other in terms of dramatic resonance, making the voice of the characters ring true. 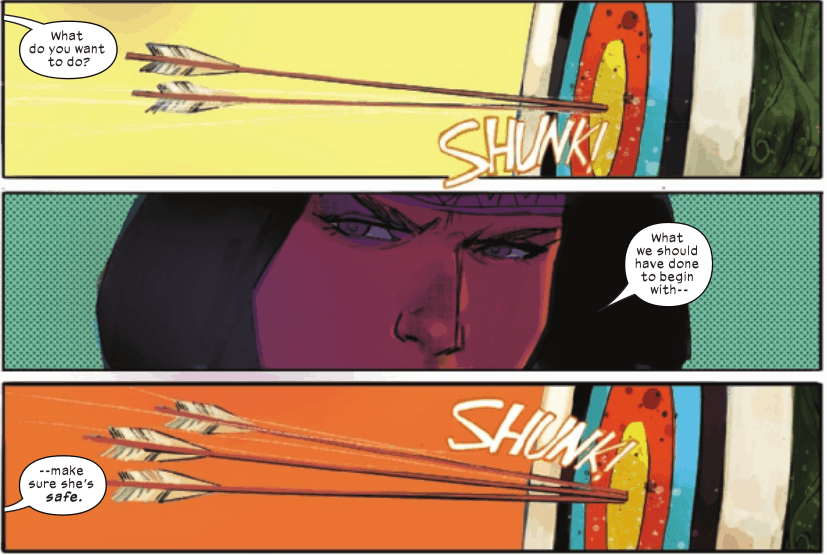 As well as making sure the characters all play their part in a believable way, when it comes to motivation and plot. And that’s what it’s all about here, making sure each has their own voice that holds true to their individual history, even when acting out of character as Rahne has been of late. This issue in particular made it clear she is still in there somewhere. In a world where most of our heroes have been accused of acting out of character, these kids are all as close to their origins as I’ve seen them in years.

As always the synergy is seen not only in the kids fighting style but in the creative team and the way they gel so perfectly to keep the story moving in an organic and believable way. Also on a personal note Vita...thank you for saving Gabby.