New Mutants #22: Without a Shadow of a Doubt 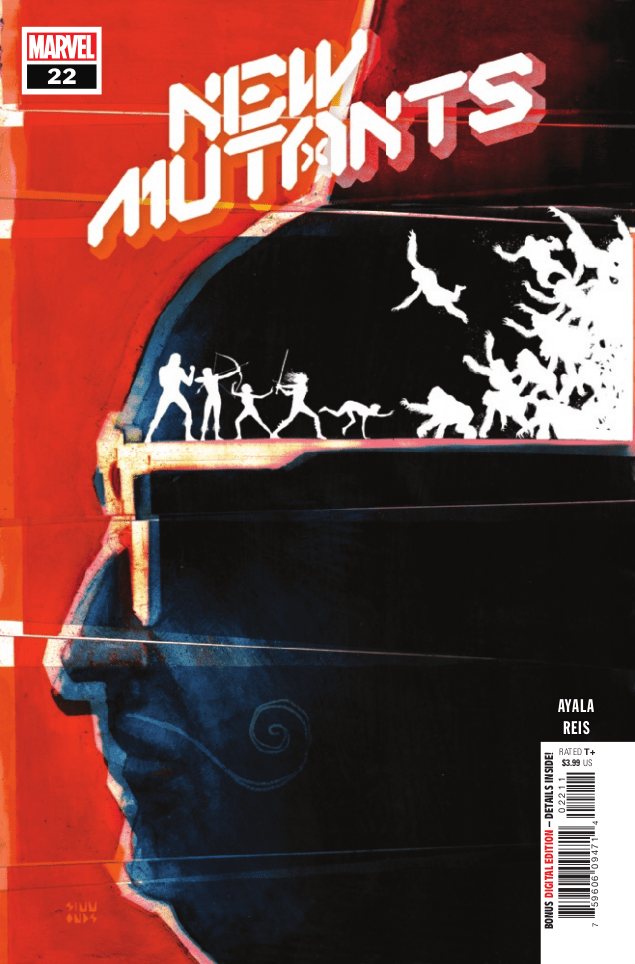 As the recent machinations of the Shadow King are revealed Farouk faces some hard questioning. But his surprising response does nothing to help the New Mutants make sense of it all. Can he convince them he is right or will he have to kill them before they see his side of things? Meanwhile the kids come cap in hand to the House of Snikt to beg forgiveness from Gabby. And while Jonathan isn’t as easy to forgive Gabby is true to herself and proves to be a fast healer. 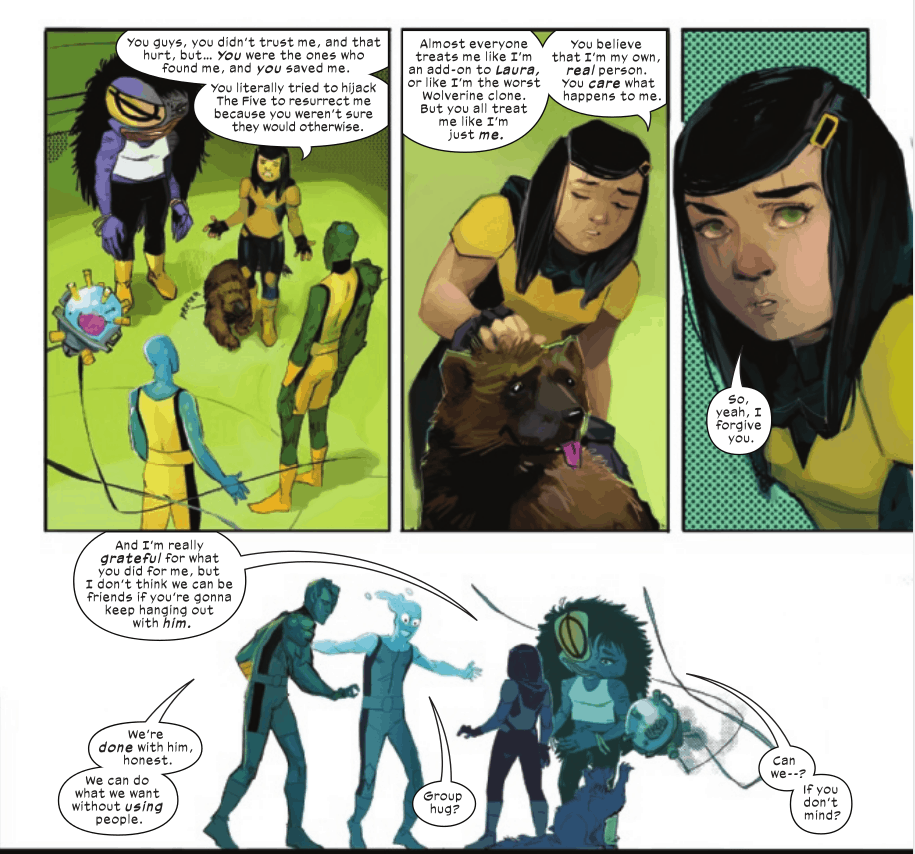 CHARACTERS: Not for one second did I doubt Gabby would instantly forgive her friends for what they did. And similarly I knew right away she would go with them to face Shadow King to make him look her in the eye and answer for what he did to her. It fills my heart with joy at her naivety in her belief he will even be ashamed in the face of her disapproval. And from the very first issue I have been so curious as to what the Shadow King was up to with the kids. And as we finally get to the truth of what it was Farouk has been up to and his motivations….if I’m honest this was the last thing I expected. And typically Karma is the first one to realise the truth. 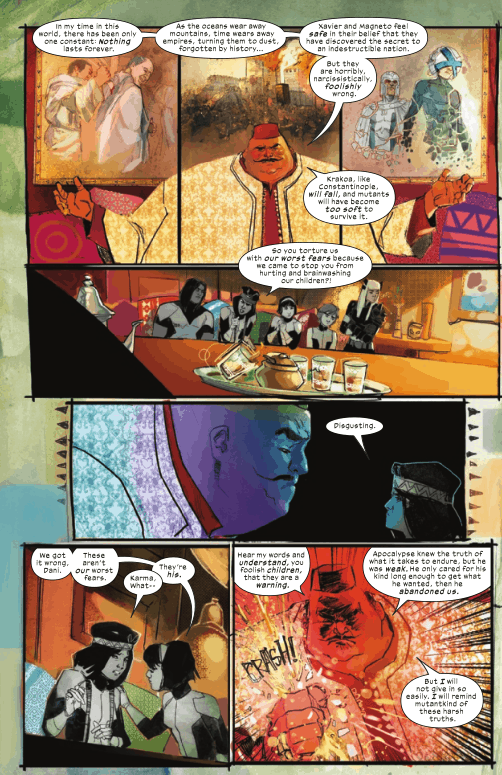 In the back of my mind there was no clue his motives were anything less than self serving. But in some weird twist of character development he seems to be actually doing this out of some sense of responsibility and even dare I say it…affection? Twisted, dark and totally destructive…but in some way with a sense of logic and even a clear understanding of the dangers than either Xavier or Magneto have given thought to. Since Xavier’s assassination the whole of Krakoa has in one way or another been wandering around either blissfully ignorant of, or in complete denial of the threat that is posed by taking their safety for granted. I have said from the offset that the whole of Krakoa has been acting as if they were somehow numb to any sense of self preservation or acting as if they are indestructible. And yet in his dark mind he has conjured up a need to make people aware of just how lax they are being in terms of their belief in their own safety. 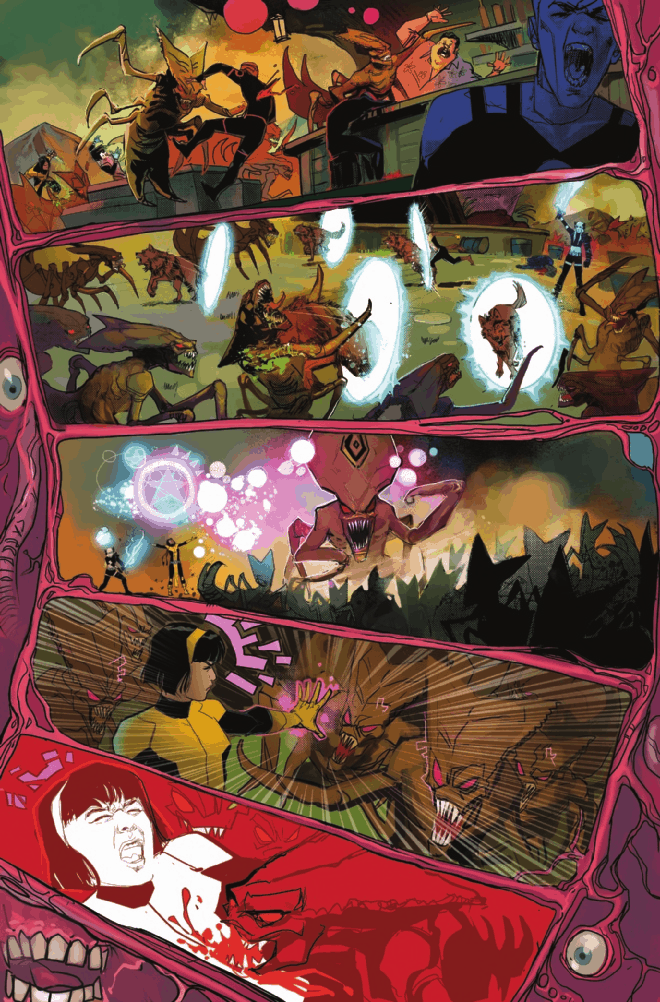 STORY: And it is sheer genius on the part of Vita Ayala that they chose to use this low key effort by SK to drive the point home. I am majorly impressed, as once again it is the New Mutants book that asks the big questions just like it did back in the days of old. And I also find myself struggling to decide who is right in the whole exchange. When Farouk lays out his motivations not once do I question their validity, and I even find myself agreeing. “Yes” I say “This is just what I’ve been wondering myself all along” Then as Dani and co berate him for his negativity I’m on their side too “God dammit, haven’t they done enough? Don’t they deserve some time in the sun?” And this is when I know I’m reading a solid book with a compelling argument. 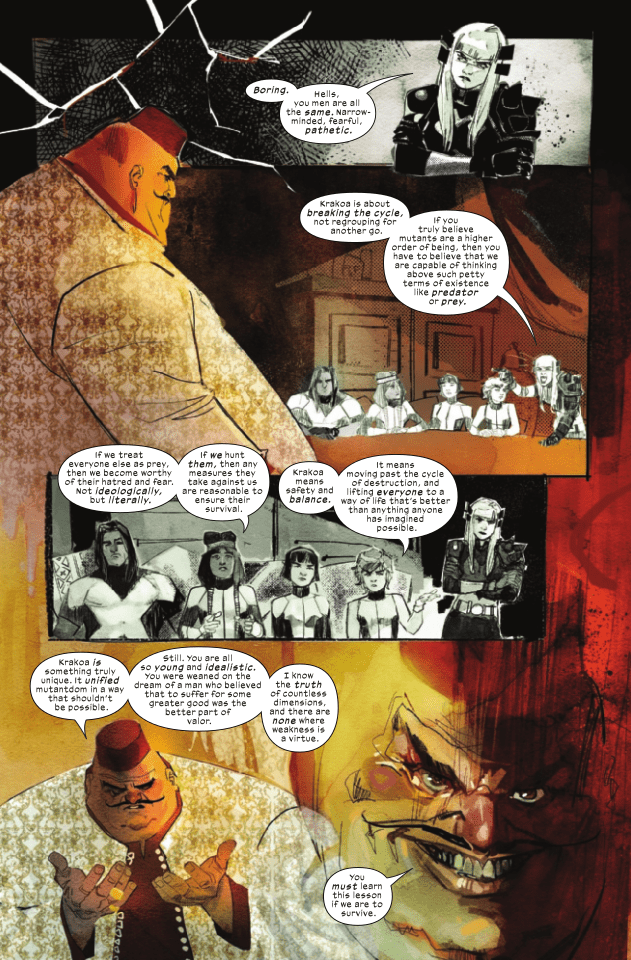 And on top of this not only do we get a data page hinting at an anomaly surrounding Mirage and Karma (…Tran…??) but another whispering at the inner struggle of the Shadow King and his host. And also the dramatic ending steps the game up a notch as the revelations bring yet more peril. As soon as the truth comes out Amahl doubles down and decides he needs to make his point clear by giving the Old New Mutants a graphic demonstration. And I thought there wasn’t going to be a payoff or a smart way to have the story unfold to anything other than a wrap up and report back to the Quiet Council. But no, we now find the next level is stepping up a gear. In a twist I didn’t expect it’s going to be up to the little tykes to come to the rescue this time and not the Big Kids. Despite all this I had to ask why James was there. He didn’t say a single word and simply uttered a wonderment as to where his blades had gone. 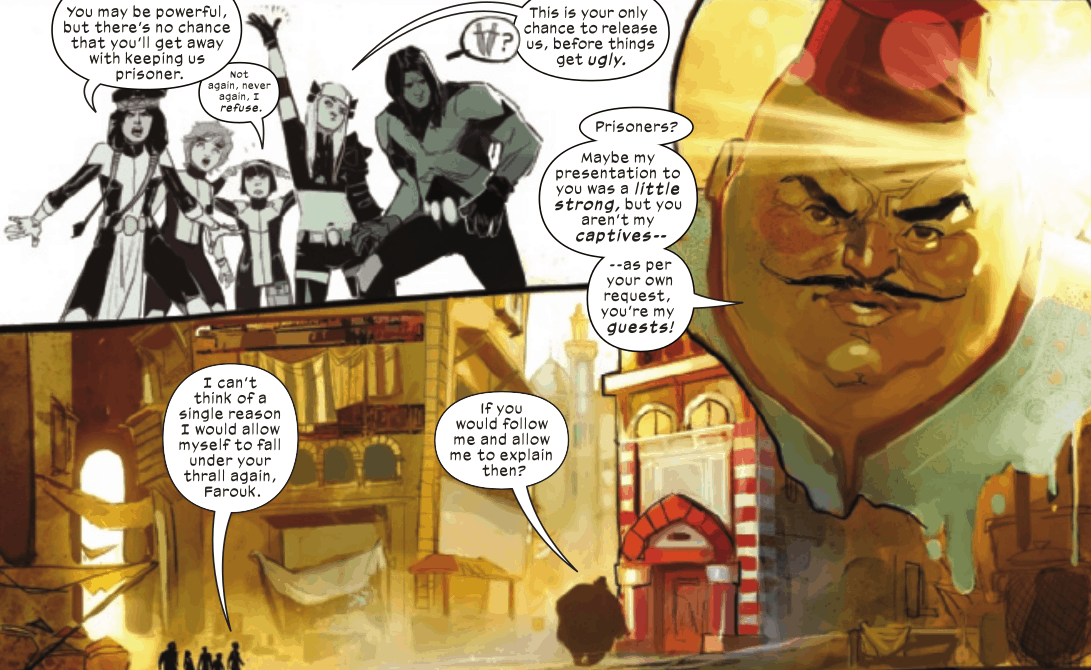 ART: Which naturally brings me to the visual treat that was #22. As always Rod Reis excels in the action packed display of visual acrobatics. Aside from the aforementioned blade commentary, we are treated to the cacophony of Who’s Who of NM villains right from the opening page. And as with the data page there are other hints that something else is going on with the Shadow King. I thought the saying was the walls have ears…but as the cracks form it seems someone is watching from behind the walls. And I loved the display of all the terrible things he is imagining, which of course he has no compunctions in sharing. 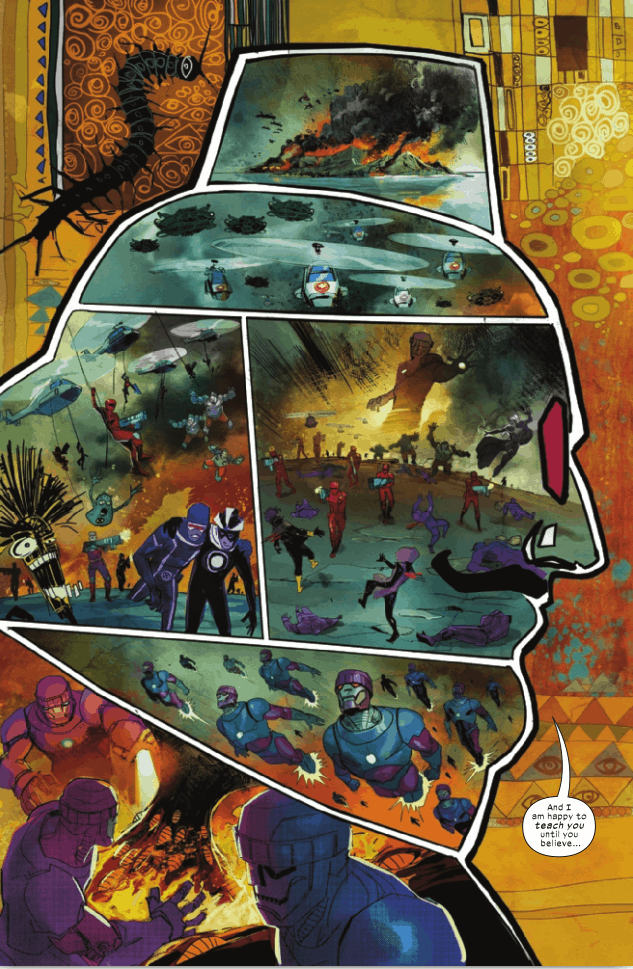 All in all I have to say this book is the gift that keeps on giving. Just as I think we are coming to the end of the drama the next stage is set and events step up a gear to keep me guessing as to what the final outcome will be.

New Mutants #22: Without a Shadow of a Doubt