New Mutants #27: Every Snowflake is Individual 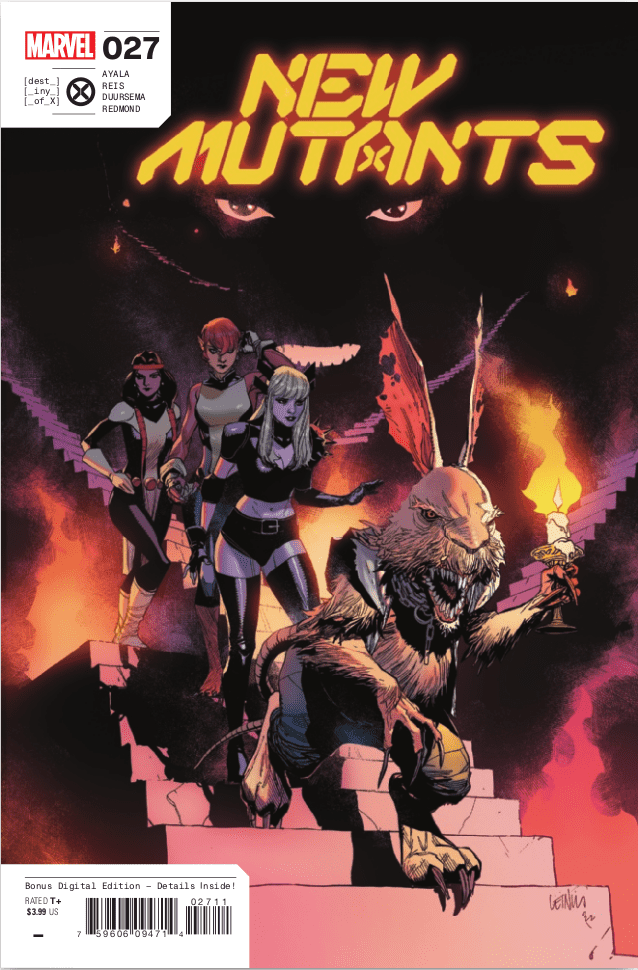 As the Labors of Magik continue Illyana and company find themselves at another point in her life, this time the past and her time trapped in Limbo under the thrall of Belasco. Separated from her allies she encounters her child self who explains she has attempted a spell that has created a warped Alice in Wonderland fantasy, and that her friends are captured by Belasco, under the title Red King. Resolving to recover them and defeat the Red King, the two Magiks set about righting the wrongs. 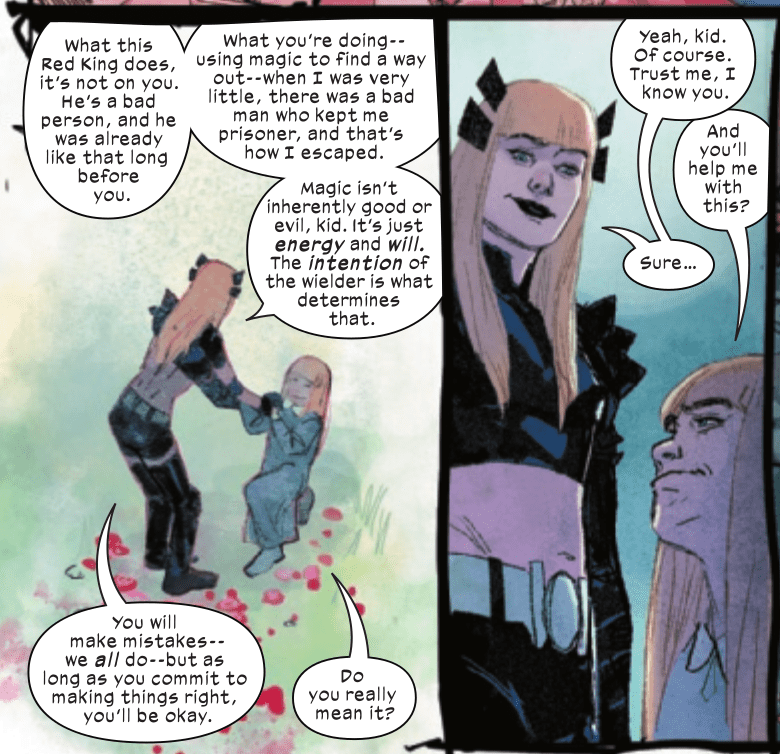 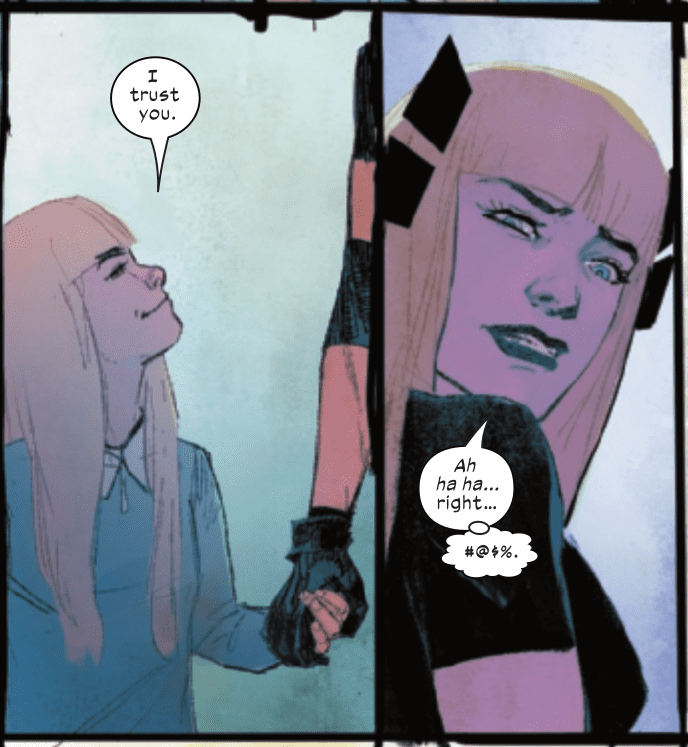 As the opening of this issue began directly in the past with young Illyana, I think it was not only the perfect way to set the tone, but also showcase the very heart and soul of what this Labor was all about and the trust and love young Illyana has for her older brother. With Rod Reis in the present and Jan Duursema and Ruth Redmond delivering with the linking nostalgic past era, the art did a tremendous job of right away being the linchpin to the original story and fed into the current story seamlessly. So once again the whole art team blended a magical spell that informed of the different timelines. Also alongside the tragic reminder of the fate shared by those who came to rescue her as a child, the addition of Colossus joining the adventure from Krakoa underpinned the spirit of the story and the almost palpable yearning of young Illyana. And we see her love for him and her belief in him as a hero is entirely what gets her through the ordeal. 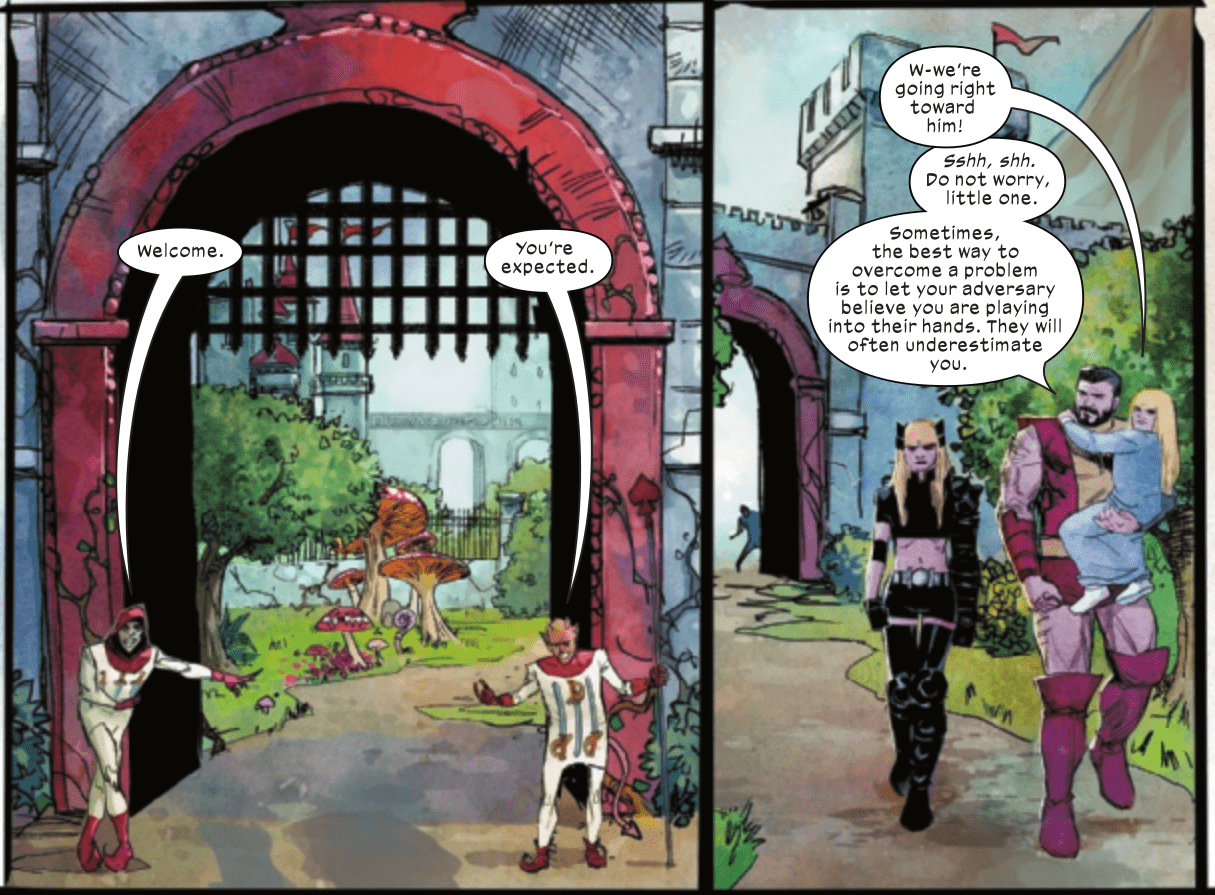 Again the relationship between the two differing versions of Magik is a believable and honest depiction and I once again felt each learned from the other. I was a little confused as to Krakoa Magik and her abrasive attitude toward her brother. But when I factored in the situation of her handing Limbo over to Madelyne, and reasoned that she was maybe not thrilled she could face admonishment when he found out. At first I wasn’t as convinced of the drama and threat level, as a follow on from last issue and the third instalment in the Labors of Magik. That is until I saw the image of Illyana going up against Belasco/Red King. Then I just fell in love with it. Aside from this glorious reveal and her fully armored form (which was always one of my favorites as it gave her so much more a familial link to her brother) my favorite panels were those of the others locked in the cell. With some perfect comic timing from Madelyne it also paced the story well and reminded us that the dramatis personae are the two Illyanas, with everyone else merely witnesses. 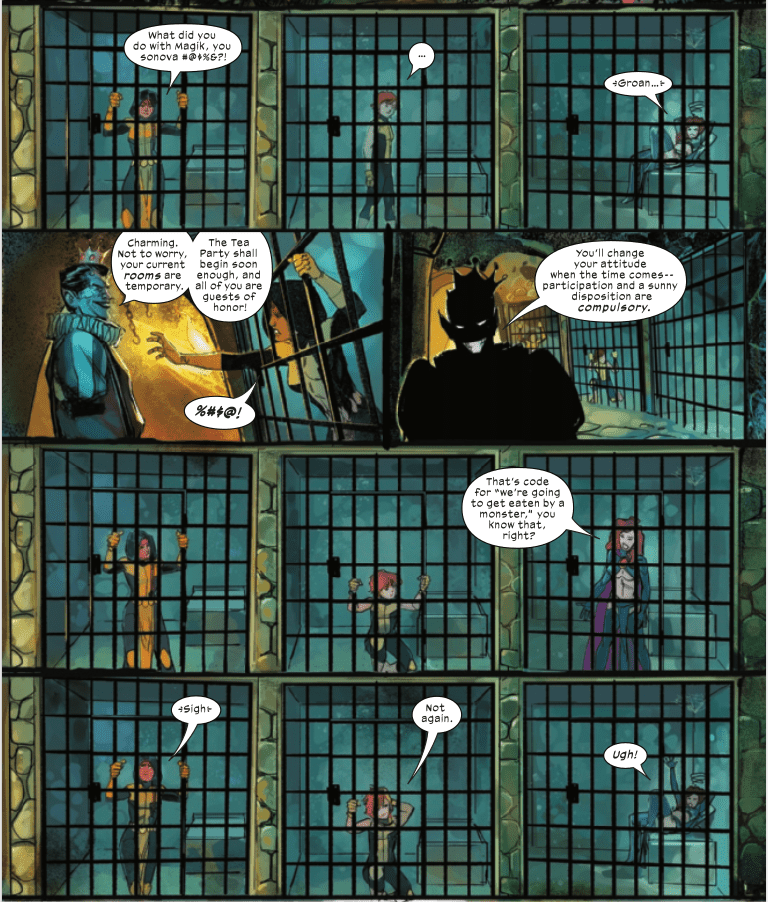 The writing of Vita Ayala this issue has also thrown some interesting dilemmas into the situation. Firstly right at the start in the intro page I had completely forgotten that while they dealt with future S’ym last issue, they still had to deal with the current situation in Limbo and the version who is challenging Limbo’s rule. Also as a point of reference the text page of dialogue during their incarceration gave a quick insight into the complex ethical issues surrounding Madelyne and Sinister. It highlighted the crease in that while Sinister did terrible things and is on the Quiet Council, he is also tempered by others to control him. Whereas with Madelyne, as outright ruler there is no way of containing or controlling her actions should she decide on any from of retribution or shenanigans. This was something I hadn’t considered before and has given me pause for thought in the decision to allow her rule of Limbo. And now along with the new sword last issue Illyana now also has the acorn gifted from her younger self…a very interesting nod to the Magik mini of the 80’s. Topped off with another ‘Wonderful’ cover perfectly encapsulating the story inside by Leinil Francis Yu & Sunny Gho, this looks like a true Quest adventure with her allies and tools being gathered in the right method to enable her to confront the next boss….and then I guess the Final Boss, as we build to the finale of this arc. 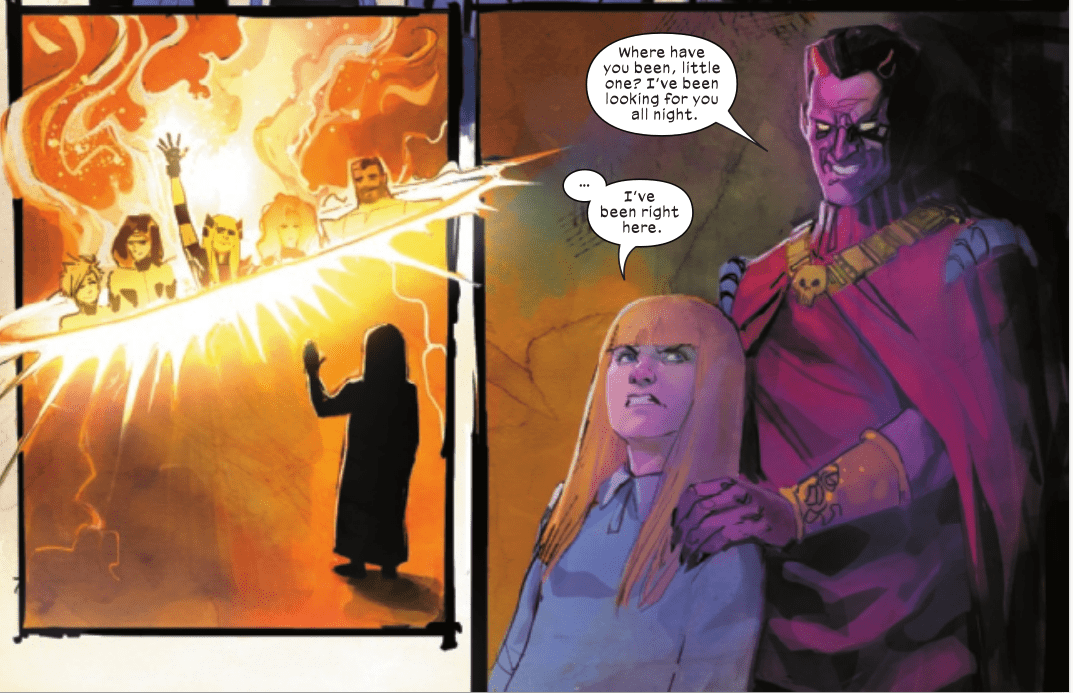 All the pieces are coming into play in an organic way, with little bits of information also being drip fed to allow us to consider the positives and negatives of the decision Magik has come to and the possible consequences of her actions.

New Mutants #27: Every Snowflake is Individual