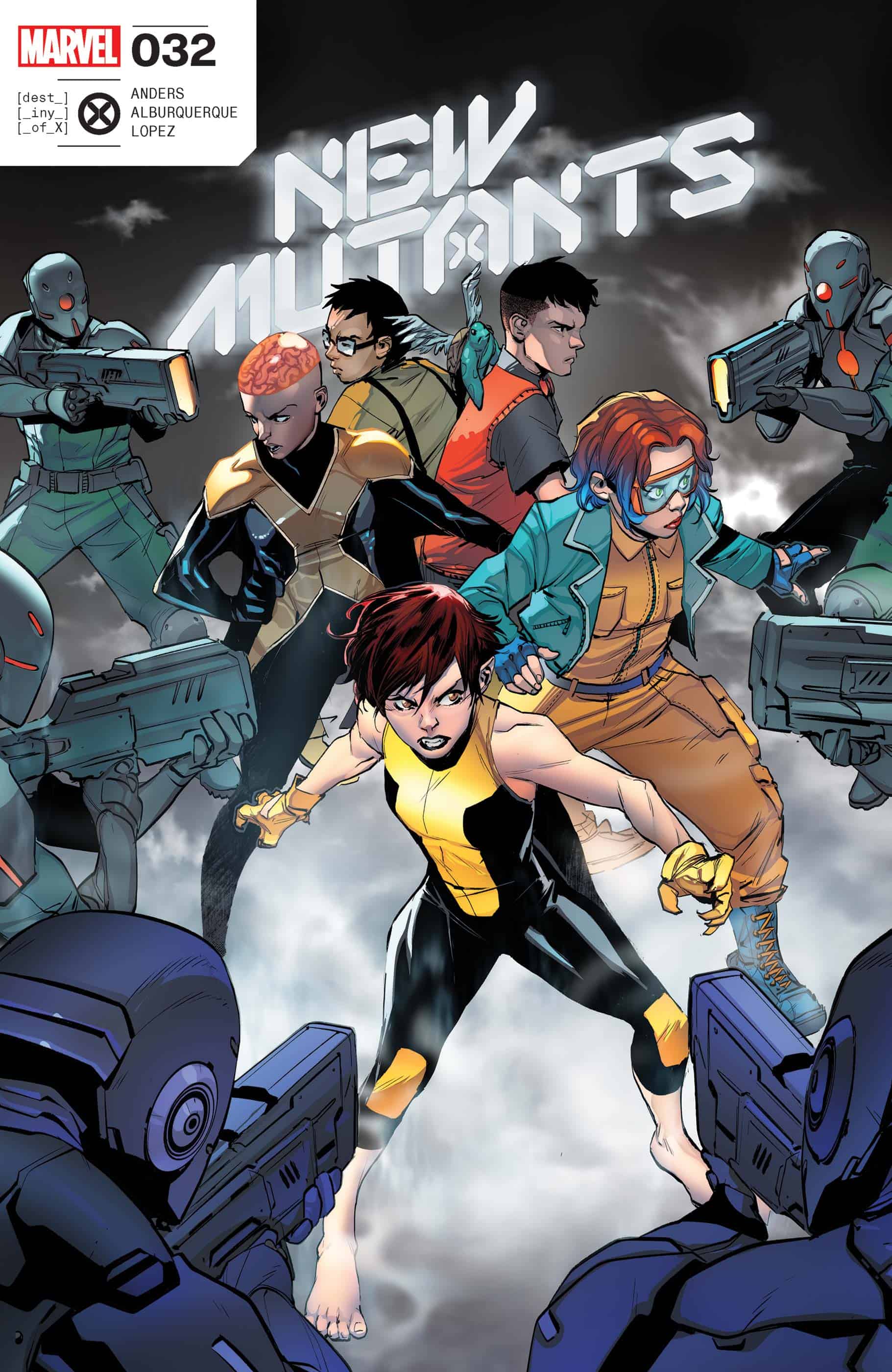 The U-Men have the new mutants in their clutches! The U-Men, a fanatical organization of humans hell-bent on becoming the physically superior species by stealing mutants’ power, have captured Escapade and the New Mutants. Now imprisoned on their base, Shela must use her burgeoning yet unpredictable powers to help her new friends escape. But Cerebella has a traumatic history with the U-Men, and it'll take more than a power swap to free her from that legacy.

There’s something very humane and in touch with characters’ feelings in this issue of New Mutants that beautifully connects with the legacy of the title. Even in the data pages, you can feel the emotions of the characters bursting, prompting the story, moving forward. Escapade and Cerebella’s rapport is definitely one of the most enchanting of the relationships of this new batch of mutants, as well as Shela’s long-time friendship with Morgan, and both relationships get centered and explored in this issue, while Escapade disguises herself as a U-Man, in a storyline that gets very comical at times, to then swift back-and-forth with a dramatic touch (further exploring Cerebella’s trauma), in a way that seems effortless but takes a lot of the creative team. Albuquerque’s way with emotions, ragging from the caricatured frustration of the U-Men to anger in Cerebella’s face when she asks to be killed, to Shela’s constant dilemmas and fear of what’s to come, is only on par with Anders’ mastering of the narrative. 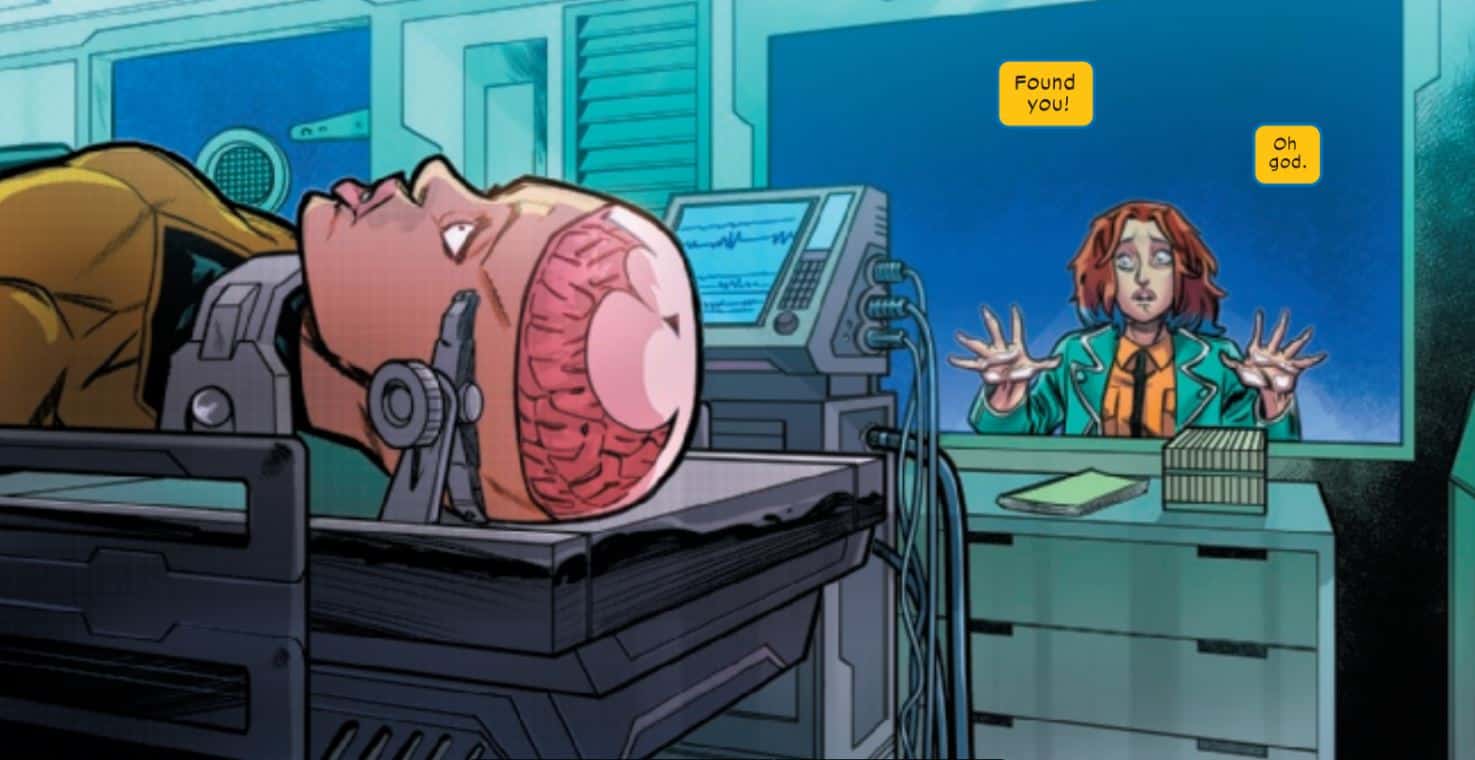 I have to say this second issue of the arc is less exciting than the novelty-charged beginning. It definitely works as a transition issue for the drama that is to unfold in New Mutants #33, and bye the fast-paced way the story has developed, I’m a little bit worried that we’ll see Shela’s spotlight (or Anders’ writing role) taking away from us with a creative team change sooner than I hoped (I really hope I’m wrong with this, as Marvel needs trans stories and characters that take their time and develop through multiple arcs).

Nevertheless and with the flaws of this more fast-paced, less narratively complete issue, the exploration of right wing identities on this issue through the U-Men villains and Sublime (that already was a big part of the first issue of the arc) is really interesting, and I think it challenges a bit Morrison’s narrative when creating Sublime as a villain (he’s a bit of a conspiracy theory’s villain to be honest). When Cerebella finds conform in putting bigots as these super powerful beings that we don’t wanna see them as normal, we are faced with how normal the U-Men truly are, and how their scary characteristics stem from their shared identity. Again, a super clever commentary on how the identity politics is as much an asset of the right as it is of the left, in the middle of a fun superhero comic for teenagers. Chef’s kiss.

As New Mutants #32 continues the adventure, sets the stage and ups the stakes in classic New Mutants fashion, the pacing might get a little too fast (as we're faced with big consequences and the end of this arc nearby), but the spirit and the heart of these characters continues to be heartwarming and well-developed, as well as the philosophical and mutant politics themes keep being the center of a really interesting arc with a fantastic creative team.