Newburn #3: Crimes Out, Knives Out 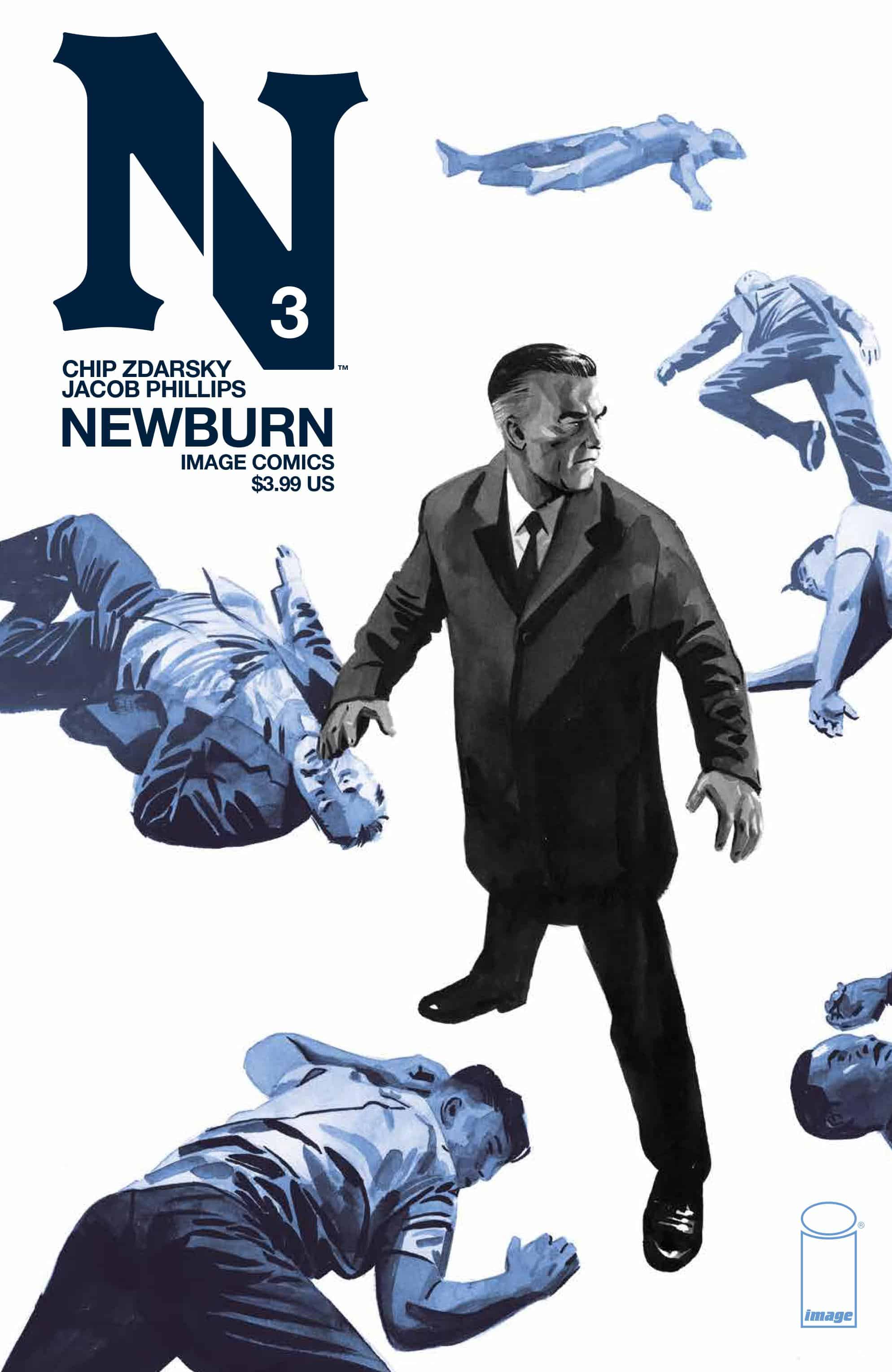 There’s a serial killer targeting members of every crime family in the city. Can Newburn catch him before he finds himself in the killer’s crosshairs?

PLUS: Amir’s past is revealed in “BROOKLYN ZIRCONIA” from SHAMMAS and AYOUB!

Subversion is a powerful tool when working in a heavily formalist genre like procedurals, due to the trope-laden nature of the genre. A procedural exists as a window into the process of following the methodologies and processes of solving crime, hence the name. The problem is that expectation sets a work to fall into a trap of becoming predictable, to the point where an audience needs to look no further than the cast list of network show to guess the killer of the week. The successful procedurals figure out how to operate in shades of grey – like their protagonists – and present that procedure without giving the twist away. 3 issues in, and Newburn is already excelling at that ability to take the premise it has set, and twist it into something unexpected.

Issue #3 is written by Chip Zdarsky and drawn, colored, and lettered by Jacob Phillips, and follows the case of mass killings occurring across the city. Instead of targeted hits on a single crime family, the first twist of the issue is each organization is hit across the board. Zdarsky weaves an intricate web of seemingly random murders, only linked by the method of death, violet beating, and stabbings. The theories that Newburn and Emily throughout during the first half of the issue are all implausible, and none satisfy the organizations that Newburn has to report to. Zdarsky easily lays out and dismisses the possible reasons for the killing, any of which would be a serviceable plot. Instead Zdarsky is interested in the unexpected that fits for the world he is creating, and detours the mystery in new elements of the book’s backdrop.

Zdarsky again is showing a side of his skill that was made apparent in Daredevil, which is to flesh out and build an entire underworld across a massive city. He introduces the audience to the Black Castle, a gothic building that serves as a mobsters Switzerland in the city, neutral grounds where crime can settle their issues in a more civilized manner. It’s not the most original idea in crime fiction but feels perfectly in place for the world Zdarsky and Phillips have created, and almost feels right with Newburn’s own neutral status.

Without giving too much of the issue’s twist, which only works with the full element of surprise, Zdarsky seeds an excellent second-act twist. It moves away from the mob motives while skill making sense in the larger picture of the world, and hits like an unexpected but satisfying surprise. The only downside is because it is such a departure, it would have been a little interesting for Zdarsky to lay a few clues in the opening of the issue.

Whether it’s the constraint of modern comic page counts or the interest in subverting the audience expectation, the twist does come one step further from left field and feels a little satisfying that there’s not a clue hidden in the opening that ties the story together. Hopefully, as Zdarsky refines his technique and experiment in the genre, those finer, more granular details arise. What makes it easy to nitpick the little things is the overall stunning quality that Zdarksy and Phillips bring to the book, and it’s the desire for an A to be an A+ on the next assignment.

The high point of the issue is Phillips’ composition skills, laying out panels that feel formal and tense in exposition scenes while also giving the audience gripping action with breaks in format. The page that pops out is a dramatic confrontation that sees Newburn up against the book’s killer, and how Phillips shifts his panels to reflect that. Instead of the overtly neat box grids that Phillips uses, the panels all become slashed at an angle.

It’s as though the attacker’s knife is slicing cuts into the image, and adds a kinetic feel to the pages that speed up the pace of the issue. The extra touch that makes the sequence such a pleasure to read is the transition from the fight to the aftermath, which occurs halfway through the page. The fight is concluded and the panels return to their more formal layout, and the pace returns to its more controlled speed. The transition feels like a switch of the aspect ratio in a film, to present sometime more in the full-frame. Phillips is flexing a mastery of his craft that elevates the technical aspects of the book.

With only three cases solved, Zdarsky and Phillips have proven that Newburn is more than an interesting premise masquerading as a procedural. With a willingness to embrace the formal aspects of the genre, while still subverting expectations, Newburn feels right at place in Image’s renaissance of crime comics. While some elements of Zdarksy's scripting feel a little unpolished, it's clear that the book is already close to the top of its game and belongs on any crime fan's shelf.

Newburn #3: Crimes Out, Knives Out