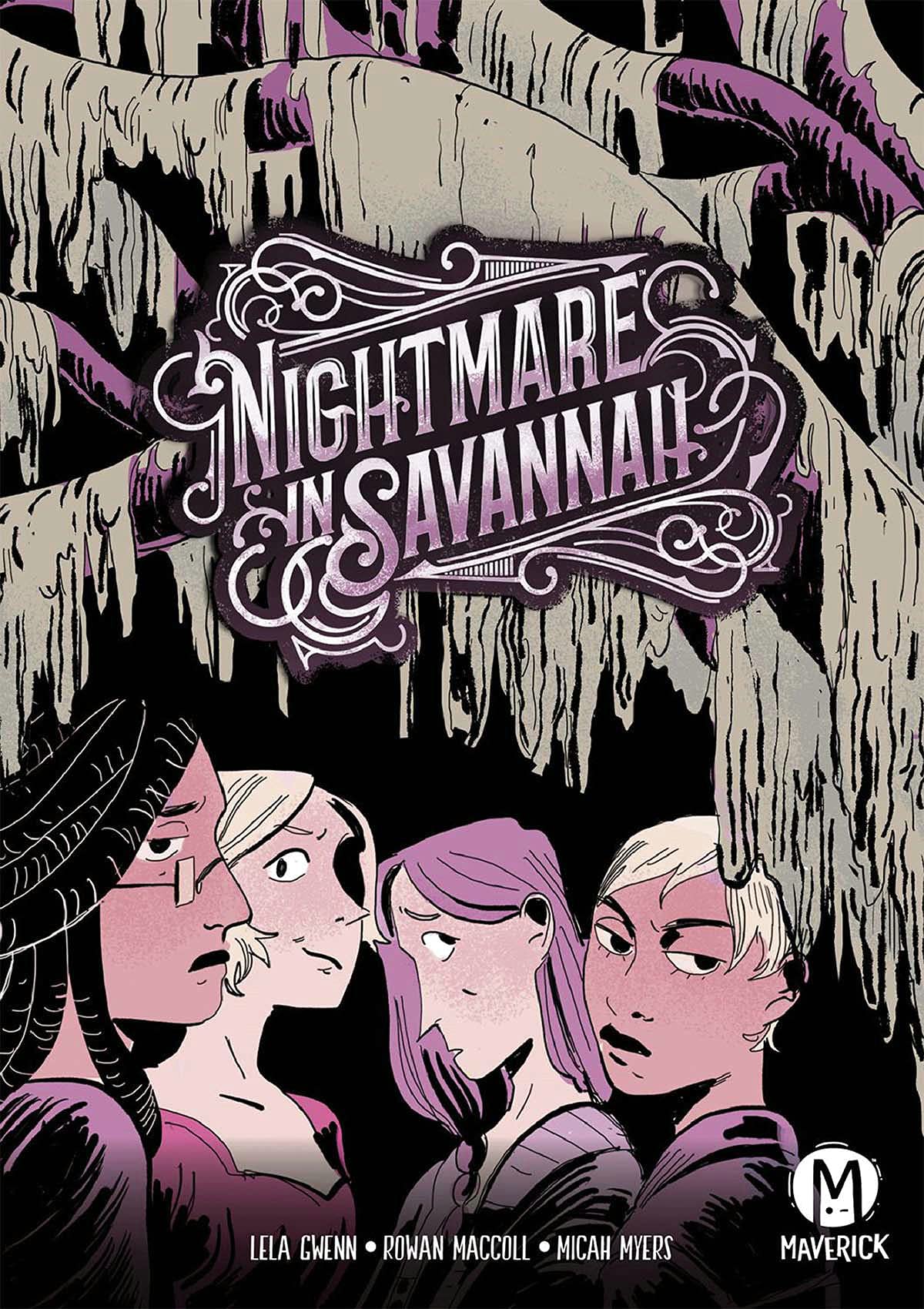 Alexa Bowman has just moved in with her grandfather in the haunting city of Savannah, Georgia. Everyone at her new high school is exactly the same from her old school, from the jocks, the cheerleaders, the mean girls, etc. but there is something different. Befriending a group of three outcasts, together all four girls making a shocking discovery about themselves, they're Fae! With this new power in them, the social hierarchy of their school is about to change, alongside the entire town, unless Alexa and her new friends find a way to control their new powers before it controls them...

Nightmare in Savannah feels at the same time like a dream comic and a nightmare one, and it’s deliciously terrifying at both. Kicking bullies’ asses and creating magical, playful revenge against harm, having a gay crush in high school, getting a bunch of cool goth friends, all feel like dreams that my teenage self would have aspired to every day, and, at the same time, I can feel the terror creeping over our protagonists, so much so that I fear a horrible ending at every turn. And, without spoiling too much, I’d say the terror is as justified as the hope, and Nightmare in Savannah reminds you that you might survive the most terrifying of teenagehoods and thrive, not be alone, or you might not make it, or you might make it with the most difficult scars, and you have to work on them. And that’s what makes this book a captivating, harsh, necessary read, where Lela Gwenn defines each one of its main characters’ complexities in a way it’s impossible not to fall in love with the Fae. Even when they’re capricious and their acts have real, cut-clean, consequences. 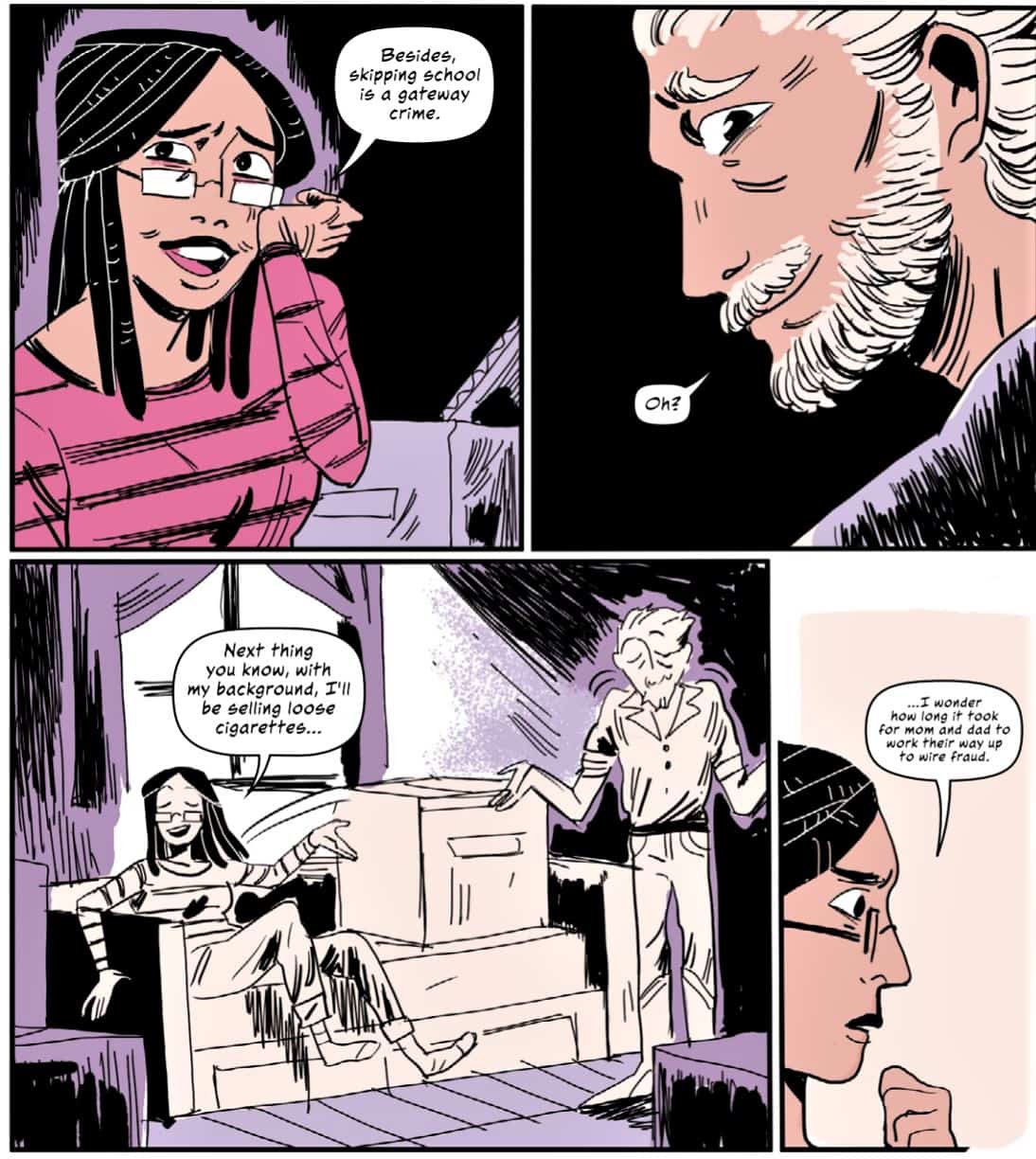 Rowan’s art is enchanting, perturbing, specifically tailored to convey a fairytale, in the gothic sense, a tale of creatures unknown and lessons of the magical, of the weird, of queer existence’. The coloring is minimalistic but alluring, painting with lilac and pink tones a pastel, almost grey, world, where its main characters refulge and everything around them seems to shift with the full scope of emotions that run through this book. The tense elongated lines convey grief, terror, curiosity, love, death, pain, in a way very few books I have seen do since I’ve read my first comic. And that gets added up to Micah Myers’ tense, sometimes vintage-feeling lettering and the amazing design by Diana Bermúdez, where pages of comic get mixed up with illustrations of the “Fairy Hunter’s Diary”. The whole team always wraps up the story in bewitching surroundings, be it the forest of the old pages of a forgotten book, and all of that makes the emotions of the book feel as real as dazzling and otherworldly. 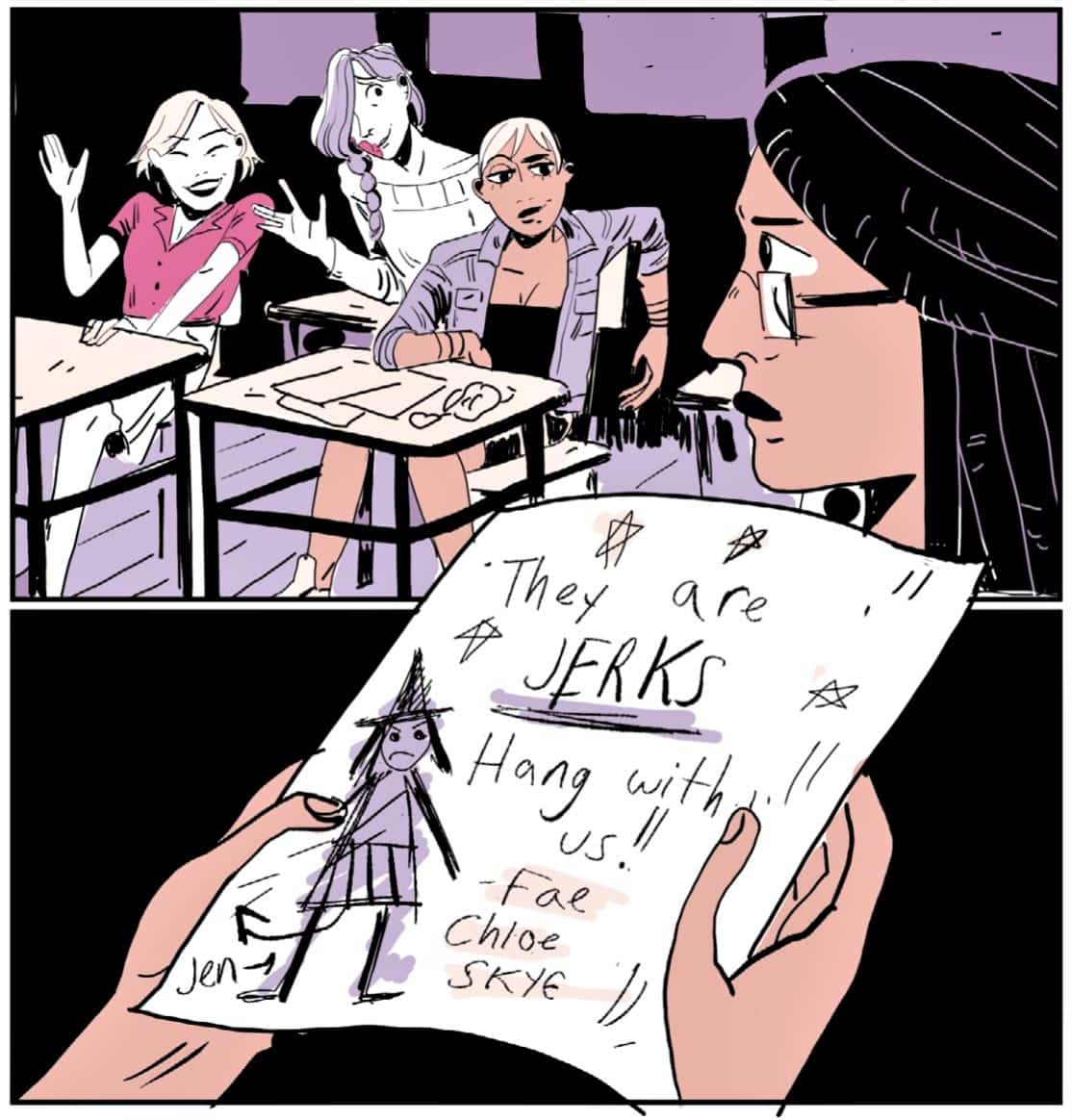 But, fear not! This isn’t a perpetually weighted read where all you’re gonna have is sadness or terror, as the book plays with highschool tropes and subverts them, becomes hilariously wicked at times, and the charm of the characters is as indubitable as their queerness. There’s even an “alosexuals, ugh” joke by the asexual character, and every character in the main cast is queer, explicitly and specifically so (lesbian, bisexual, asexual, generally sapphic), with the main romance being between two girls, and all of that is played out slenderly, feeling like a real life situation. If you want goth queer wallflowers become aware of their Fae powers and things get messy, this is your book. And it’s literally perfect at that.

Nightmare in Savannah is a terrifying & charming tale for queer weird teens everywhere, & for adults that have those same memories and are reckoning with them. A perfect fit to preorder this Halloween.