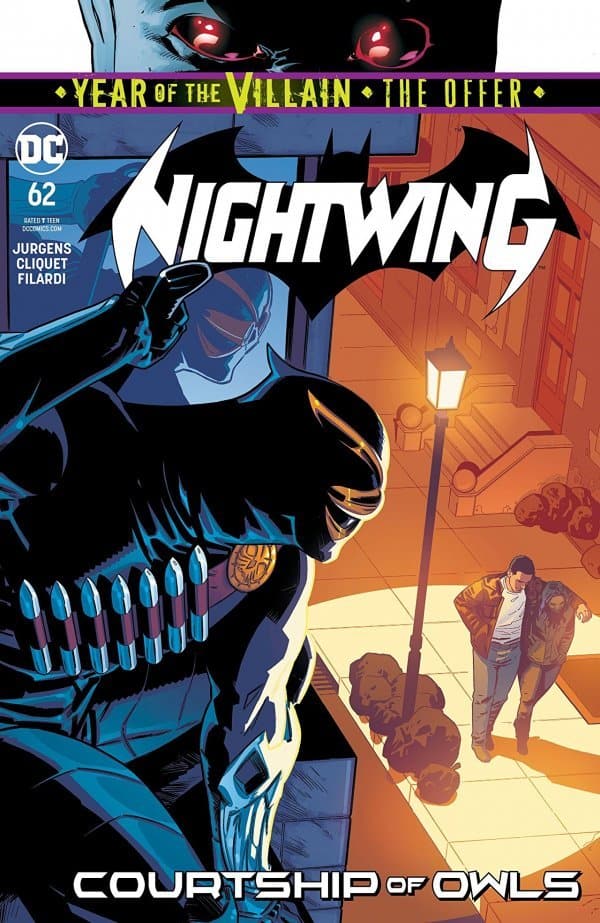 Same old, same old we've seen since Dick Grayson got shot. He pretends he doesn't wanna be Nightwing anymore while actively being Nightwing and then spends a lot of time reflecting on his amnesia.

I’m a diehard Valiant fan and I think that shows if you read my reviews, however, I do have a small handful of fanboy4lyfe characters I love from the Big 2. One of which is Nightwing. I’ll admit I was super salty about this Ric Grayson thing when I caught wind of it because Nightwing (with the unfortunate hiccup that was Percy’s run, I still love ya tho Benny P) was just really solid. 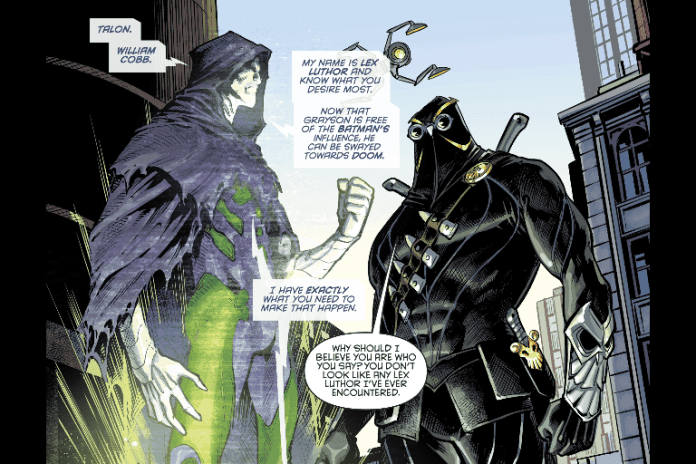 That being said though I still wanted to give this run a shot because I’ve been surprised before and I thought hey maybe this might turn out amazing like Grayson did #Agent37hype….it did not. This issue like the dozen before it is just more of Dick pretending not to be who he is and melodramatic tension being shoehorned in to keep a bland soap opera plot device going. The only saving grace here is that Dan Jurgens is an amazing writer and the Court of Owls reappearing at the end bodes well for future stories being much more interesting along with Ronan Cliquet still doing some pretty decent art in the pages.

That’s really all there is to this though to be honest, if someone new was reading this, I would tell them to read the first issue after he got shot in Batman and then skip directly to this one and hope this wraps up soon.

This is basically the Heroes Reborn version (and we saw how well that worked out for Marvel) of Nightwing so take that as you will. But Dan Jurgens is a ray of hope in an otherwise bleak situation.