Nightwing #63-What You Don’t Know Can Hurt You… 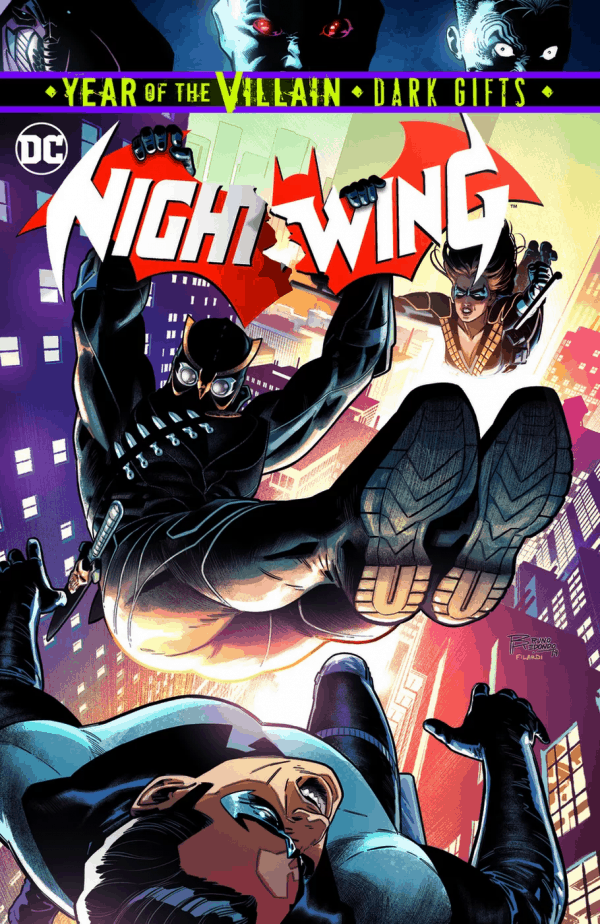 Ric Grayson does that "I'm not Nightwing" mope thing as per usual but the Talons are on the prowl. Needless to say when the Court of Owls send their insanely proficient killing machines to take on "trying their best" Nite-wings in the midst of citywide blackouts, riots and fires....well it's about to be a bad time for somebody.

THANK YOU DAN JURGENS, this is the issue I’ve been waiting for! All this moping around stuff has been driving me nuts. I get wiping the slate clean and all that after the lackluster run which will go unnamed outta respect for an otherwise great writer. I gave Ric the old college try and still wasn’t a fan. It’s literally been Nightwing doing Nightwing things while whining about “not remembering being Nightwing” and “not wanting to be Nightwing”. But never once in any of the issues so far did it feel like the changed status quo actually mattered, there was never any weight to it and finally Dan “Da Man” Jurgens has brought a huge heaping helping of gravity to this book. 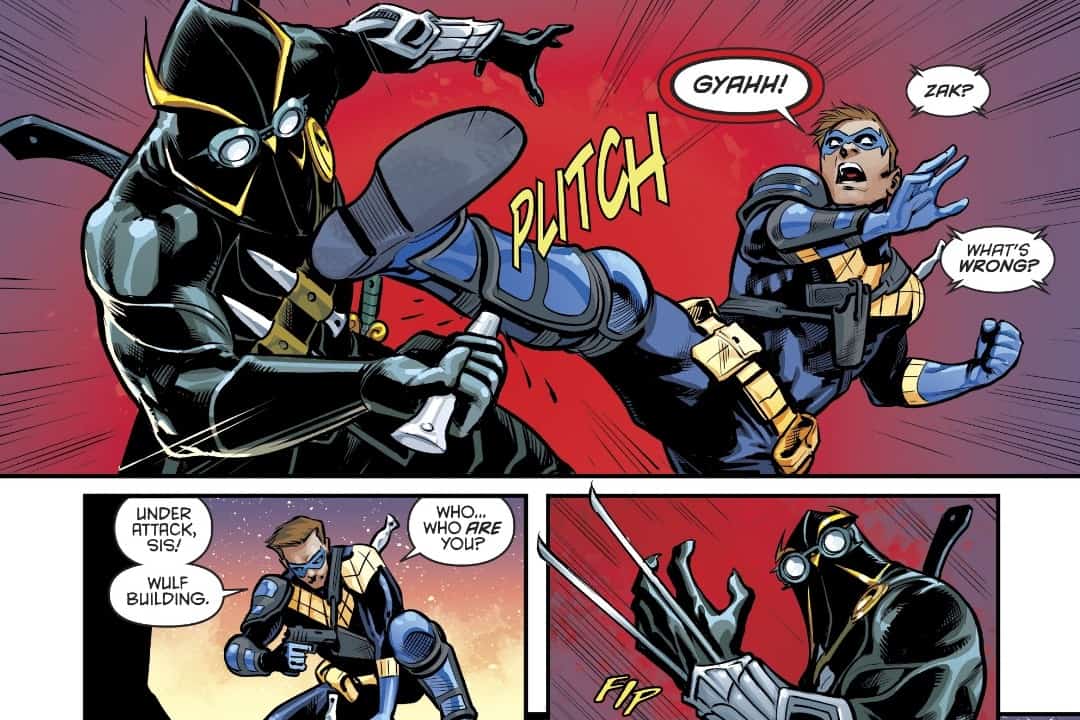 You can’t pair scrubs (although well meaning and entirely likable characters) against the Talons, which put the Bat family through their paces with relative ease and not expect some bloodshed. Nightwing Blue in this case just got smashed on and it was tragic but also beautiful. In just a couple pages Dan Jurgens has turned a goof off book into a God’s honest nail biter and the DCU is all the better for it.

Ronan Cliquet beautifully captures the horror Blue must feel being so outmatched and the urgency as Team Nightwing blindly runs to his aid. Not to mention how well he captures the wolf in sheep’s clothing smoothness to William Cobb, top dog among the Talons comes face to face with Grayson’s new main squeeze. There’s nothing but dread raining down on our favorite former Boy Wonder and I love it, if this doesn’t get his butt back in gear then I’d hate to see what will.

Dan Jurgens is a name that brings a lot of expectations with it, the man is a legend. With Nightwing #63, he turns a mediocre at best book to something truly worth diving into with just a handful of pages. Any Nightwing fan who's been waiting for the other foot to fall has finally got what they've been waiting for.

Nightwing #63: What You Don’t Know Can Hurt You…