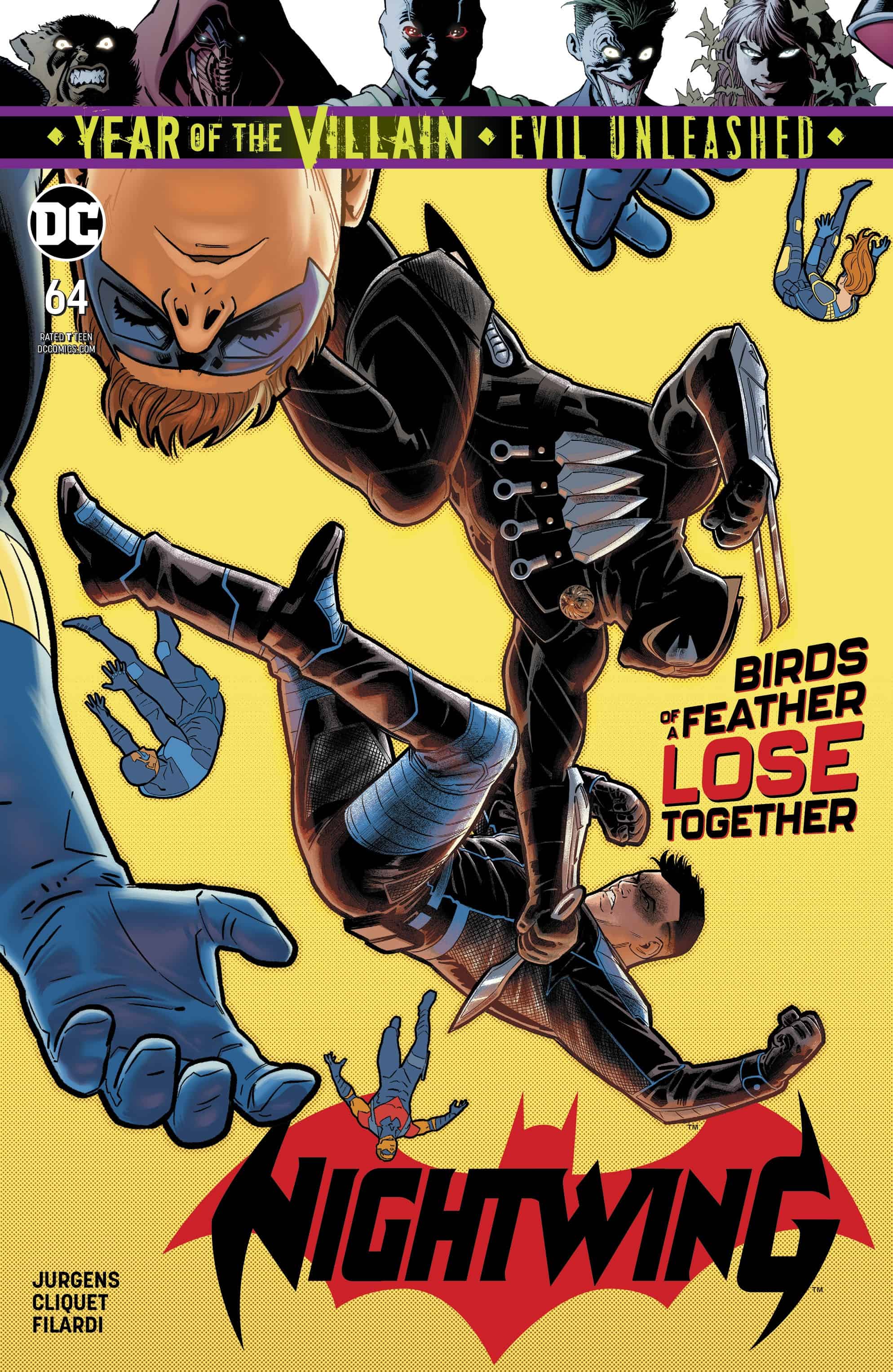 Talon shows some wannabe vandals what real mayhem is about, while the Nightwings have to face facts: They're out of their league against a real supervillain. To top it off, "Ric" comes face to face with the reality he can run but he can't escape being Dick Grayson. 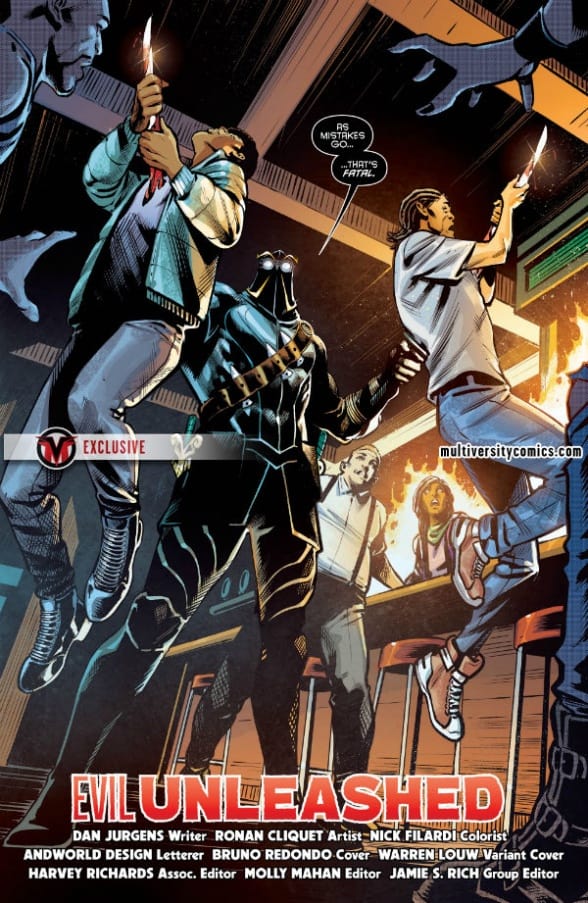 Ya know if Ric’s story had been a fraction of this interesting then maybe it would have been well received. I mean Seeley had a genius run on Grayson which took Nightwing out of the equation while still managing to be everything we love about Nightwing and Dick Grayson. Dan Jurgens on the other hand is following suit but after having to clean up a run and a half of subpar at best Nightwing he’s fighting an uphill battle.

Despite little exposition here Jurgens delivers a ton. William Cobb in just a few panels is a much more engaging and interesting character than many of the Talons have been in ages. Not only that but the ease at which Jurgens reminds us how dangerous the Talons are as well as how gleefully sadistic Cobb can be. In just two issues Jurgens have shifted a “meh” concept that was barely explored into something meaty with real weight to it. The other Nightwings no matter how well meaning are pretty screwed here. The odds that Grayson is going to be able to keep them alive, protect his woman and keep himself from getting mangled in the process are slim. Nightwing at his peak performance, fully loaded with his usual bag of tricks? I could buy that but here…well I wouldn’t bet money on there being numerous Nightwings for much longer.

Simply put Dan Jurgens clearly writes this book with a Make Nightwing Great Again hat on and it shows page after page.