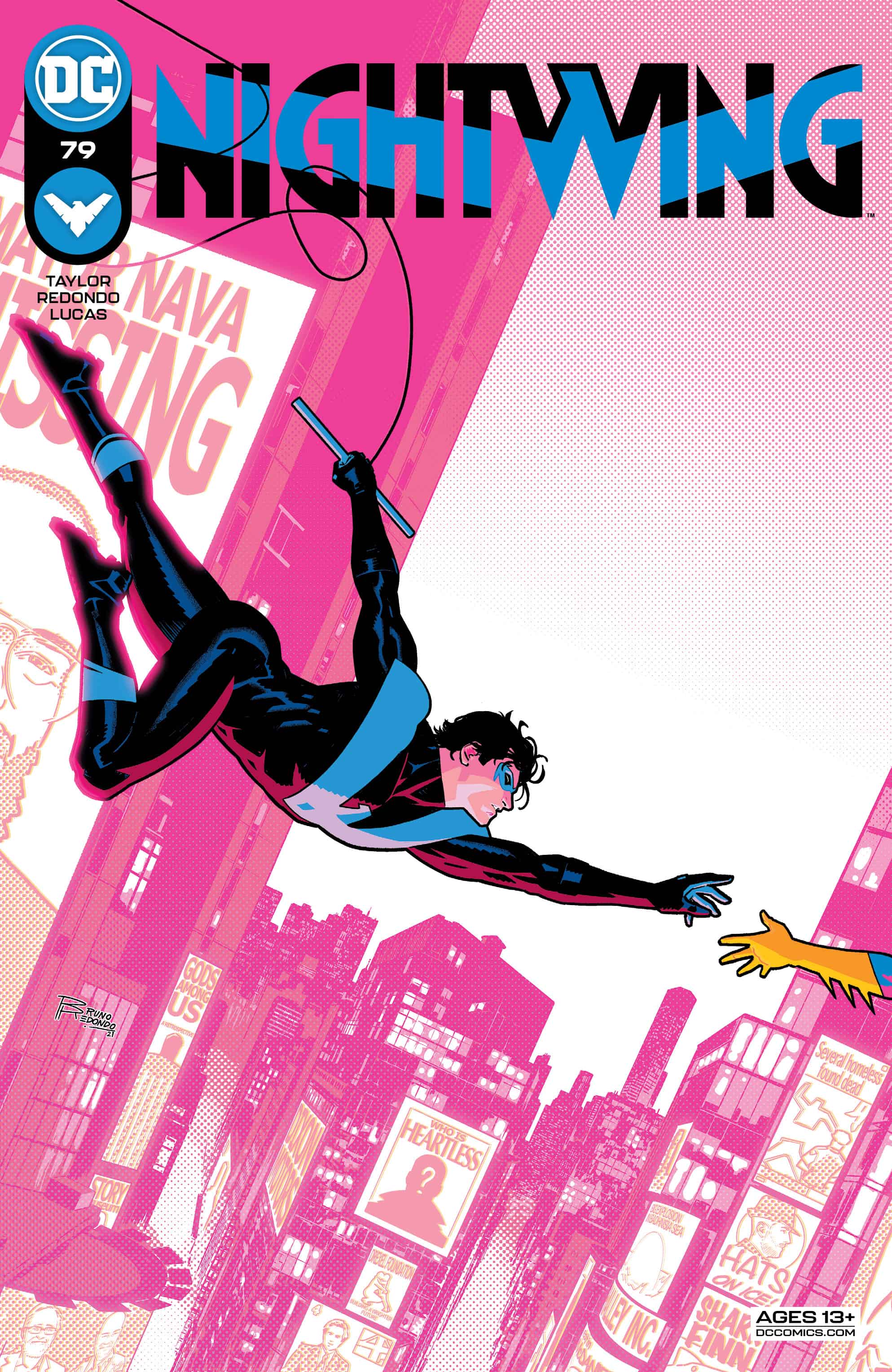 Still getting back into the swing of things, the newly returned Nightwing has barely had time to blink let alone soak in one last gift from Alfred: Our boy is now a certified billionaire.

What will the Man Wonder do with his newly acquired wealth? What will he do now that he's returned to a formerly Nightwing-free crime addled Bludhaven?

Off the top if you know Tom Taylor you know his writing is a great fit for a character like Nightwing. He can balance quirky humor with action, drama, and so on without taking the gravity out of the situation or making the jokes less fun. The crazy part is just how well his writing fits Nightwing specifically. You pick this up expecting something good but it almost strikes you as bizarre how…. familiar this run feels already. This is a completely new era for Nightwing, the money, the adopted pup, a city he feels he’s failed by his absence and a ton of other elements, yet Dick Grayson still hits all the vibes of the best eras of Nightwing in no time flat. The dialogue just flows perfectly, there’s nothing out of the ordinary yet not overly trodden about Blockbuster, Zucco or anyone else in this issue but despite this amazing feeling of familiar you never get the sense of “meh we’ve been down this road before.” One of the greatest things about Nightwing is you don’t have to reinvent the wheel, he’s a fantastic character as is. The perfect balance of character flaws, charisma and crime fighting ability so when you want a great Nightwing story you don’t want or need any of that messed with. Just throw our boy at some new challenges and just let the reader go along for the ride: Tom Taylor has proven in just two issues that he gets it.

Now we can’t wrap this up without talking about the art and man oh man did they choose a stellar team to bring this era to life. It’s very easy to overlook great colorist work because we’ve almost come to just expect it more often than not and we definitely notice when it ain’t up to par. The thing here is Adriano Lucas does such a fantastic job with the color palette it almost comes across as music or a character in itself. Nightwing is the light in the dark and Bludhaven itself is the twisted mix of the fast paced city like Metropolis but the dreary grit of Gotham. Lucas absolutely nails every single panel emphasizing which emotional tone needs to be brought front and center. Bruno Redondo art and Wes Abbott’s lettering came at this book with the devastating efficiency of an in-his-prime Muhammed Ali punch. Whether it’s just Babs being cheeky with red locks flowing or Nightwing putting an acrobatic smackdown on some goons, they bring the right level of energy and fluidity to every panel drawn. If you didn’t know better you’d swear this team had been together working on Nightwing for years if you didn’t know any better. Long story short, the art is just flat-out impressive all around.

If you're a Nightwing fan of old or are wondering why he's so beloved, add this to your pull list like yesterday and get in on the ground floor of what's already shaping up to be an outstanding era of this book. This is the Nightwing book we knew we wanted but even better than we hoped for.