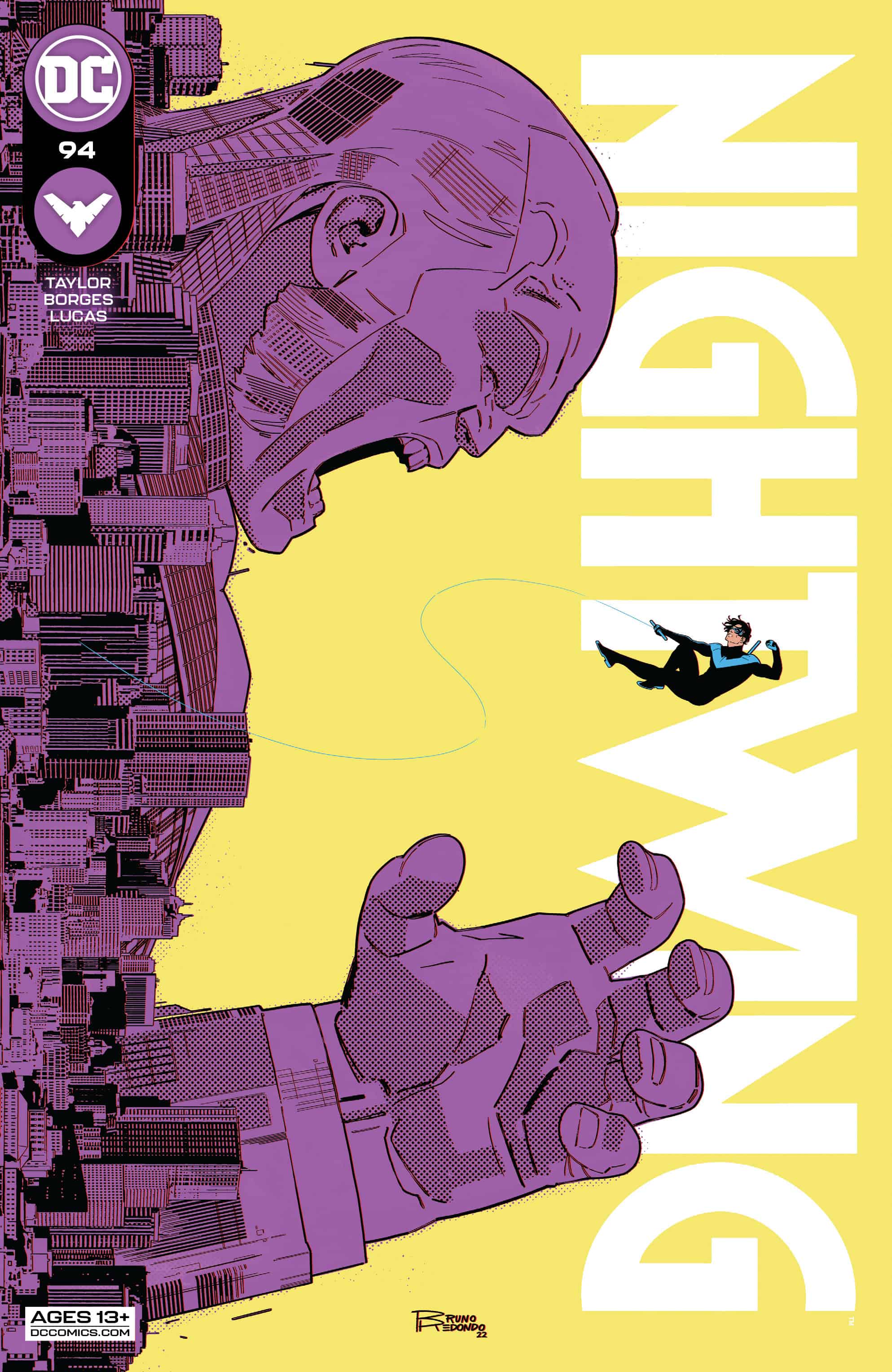 There’s a new commissioner in town, and it’s none other than Maggie Sawyer! But one clean commissioner does not make a whole bad basket of Blüdhaven police officers good, and now Blockbuster is forced to lean more on Nightwing’s sister, Mayor Zucco, to oversee the old commissioner’s illegal dealings… Then, an attack on Haven reveals some shocking truths to Nightwing and Oracle that make it difficult to recover from.

The term slow burn can be a double-edged sword for serialized fiction. On one hand, a good slow burn draws the audience in, giving enough to captivate without revealing all the cards at once. On the other hand, it can be excruciating, making the audience so frustrated with the lack of narrative progression that it taints the book. That fine line between the two camps is one that comic books have to find their footing on, especially as the medium oscillates between periodical, digital, and self-contained graphic novel release cycles. It’s a personal theory as to why writing for the trade has become such a popular form, as the format allows a writer to build some mystery, but helps to keep them from getting too lost in it. Tom Taylor’s Nightwing is one of those books that’s grappling with the slow burn, not always successfully building on it.

Nightwing #94, written by Taylor with art from Geraldo Borges, colors by Adriano Lucas, and letters from Wes Abbott, picks up on the continued conflict between the former Robin and Blockbuster, this time focusing on the corrupt police force last seen in issue #92. Taylor’s script is as strong as ever, giving plenty of moments to the reestablished romance between Dick and Barbara, while also moving the Blockbuster and Melinda Zucco plotlines forward. The current police commissioner of Blüdhaven is out, replaced by Maggie Sawyer of both the Metropolis and Gotham PD, joined by Jack Kirby creation Dan Turpin, presenting as fun elements to throw into the title.

The vigilantes finally get a leg up on Blockbuster and his criminal enterprises, but the villain is deftly playing his own long game, putting Zucco and her mother in his crosshairs. In a long-running story that doesn’t start and stop like many regular big two books, it’s refreshing that Taylor is finally advancing these early established plotlines. The decompressed nature of the series makes this book a good choice to bob in and out of, but for regular readers, it feels a little repetitive in places, with most of the innovation and originality coming through the art and compositions of the series.

That heavy emphasis on the art for this run of Nightwing is another double-edged sword, as issues like this where Bruno Redondo hands off penciling duties have a hard time living up to the impossibly high standards set. Borges does a component job with the material, but there’s something with the characters’ facial expressions that’s inconsistent. It might be the coloring, as pages like the opening where it sticks out, with Lucas’s coloring attempting to play with light and shadow, but instead giving the faces a washed out and disproportionate appearance. Once the book moves into the action set piece, the art irons out, giving a thrilling gliding-motorcycle-car chase.

When Borges renders characters in masks, like Nightwing, all of those criticisms of facial expressions go out the window, and the book feels closer to the visual style that Redondo established early in the series. That inconsistency isn’t severe enough to justify closing the issue, but it does distract in those pivotal narrative moments. It’s a shame that the issue delivers a good action sequence, as this book is usually known for sequences that fall closer to stunning or inspired.

Outside of the book’s first page, the coloring of the issue does a lot to give the book a unified aesthetic to the rest of the series, as Lucas has colored the entity of the run thus far. Coloring cohesion is something that I’ve harped on across various reviews, but in a time where it’s unrealistic to expect one artist to continuously draw for a big two book, colorists like Lucas have a chance to become the glue that holds together various styles. It’s a little different for books that use rotating artists to tell different stories or focus on other characters, but in instances like Nightwing where Taylor and company are telling one long story, Lucas’s palette helps to ensure the issues gel even when Redondo hands the reins over to another artist.

Nightwing #94 is a lesson in threading the needle between successful and unsuccessful slow burns in serialized fiction. The book tells a decompressed story that gives plenty of solid individual moments, but finally picks up the pace of the larger story to give the run a much needed jolt. Paired with mostly consistent art and strong colors, the issue reminds readers why this book remains a quiet favorite, popping up every month to provide some fun, well made comics. Hopefully, this issue gives that jolt needed to rocket the storyline forward, and Redondo can return in the next issue with feet running.