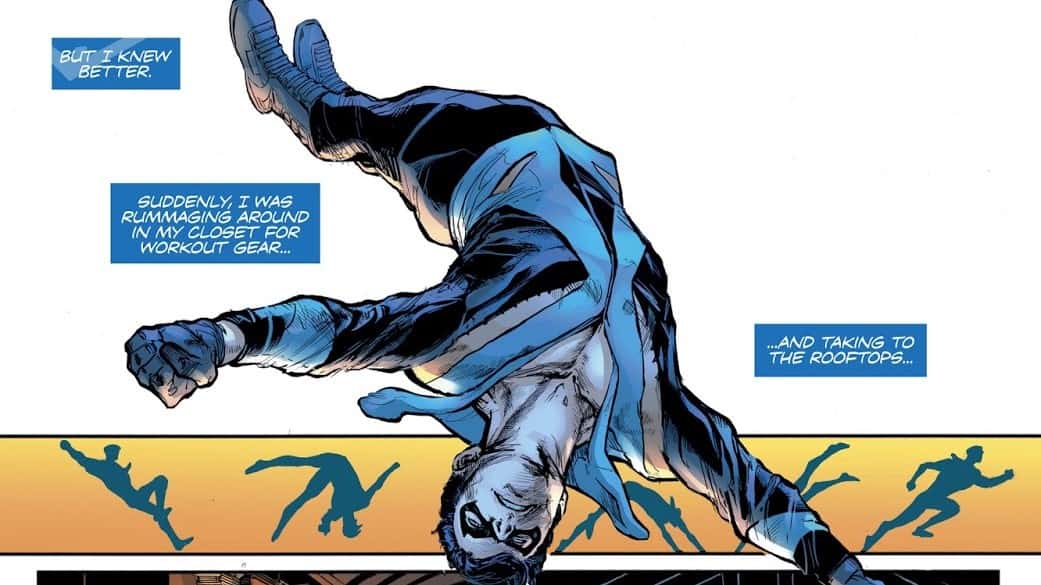 The Judge is loose in Bludhaven, carving a swath of destruction across the city in the name of morality. Only one man stands between him and total dominion over the city, Nightwing! 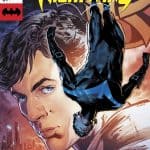 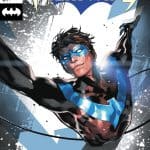 What You Need to Know:
A villain from Dick Grayson’s youth has returned, the Judge has escaped justice twice, Nightwing won’t let it happen again! So far the Judge has killed almost thirty people in the name of morality and has set his sights on the young vigilante, tying him up in a sunken ship, now it’s time for a one on one chat.

What You’ll Find Out:
We open on the Judge waking Nightwing up, he’s chained to a chair in a half-submerged building, and the Judge has a pretty hysterical fancy pimp chair sitting in a rowboat setup. The Judge explains that a bunch of houses were built on eroding soil to cut corners, and slid into the sea, and are still sliding, Dick’s time is limited.

He asks Dick if he remembers the second time they met, and Dick thinks back to his college days, when he was transitioning between Robin and Nightwing, he took a summer off to do a semesters worth of Law School, (in case the trust fund ever tries up I guess) As he walks down the hall thinking about his classes he hears a scream, he runs to a classroom to find it covered in blood, a girl holding a knife mentions a deal, the Judge is back! (back then) 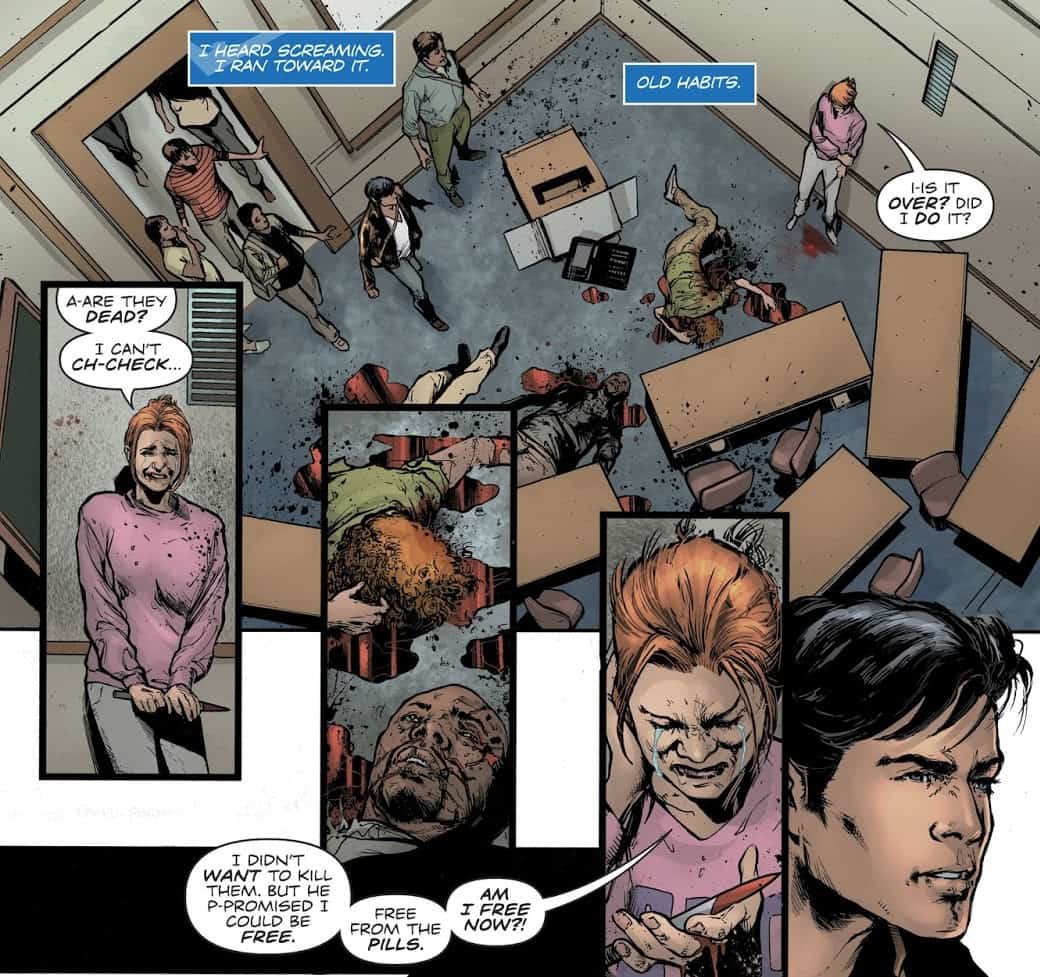 The Disco Suit makes a minor comeback! (kinda) Will Nightwing capture the Judge? Or will a watery grave claim him first?! Find out for yourself, snag a copy of Nightwing #39 today!

What Just Happened? (Minor Spoilers)
This arc has been a ton of fun so far, but I’m kind of ready for it to end. It’s kind of feeling like 5 different arcs that all exist at the same time. What Happened to Guppy? Svboda? The Limo jerks? Lucy? No way all the loose threads get resolved in the short time we have left. Not to mention this issue raised more questions than answers on top of the ones we already had.

Speaking of which, Lucy betrayed Nightwing to the surprise I’m certain of literally no one. I will acknowledge that Svboda shooting Nightwing was unexpected, but adding a new named character to a story with a guy that constantly makes people betray people is a recipe for betrayal.

The art in both the present day and flashback scenes is stellar, I really like the idea of different art teams in the flashback and present scenes. Seriously though Jamal Campbell is so insanely talented, check out his cover gallery on his website, awesome.

I really liked the 80’s teen titans references including the Disco Suit and big hair Kory. Kind of felt like the Azbats callback in Detective Comics.

Art is carrying this story through to the end, I’ll finish it but Sam Humphries has a serious uphill battle to fight to end this arc on solid ground. The story is definitely worth a read, but it feels very drug out, and will likely read better as a collected edition, as is the case with many comics these days. With almost the entire issue being sacrificed for exposition to set up a story that’s 80% of the way complete.