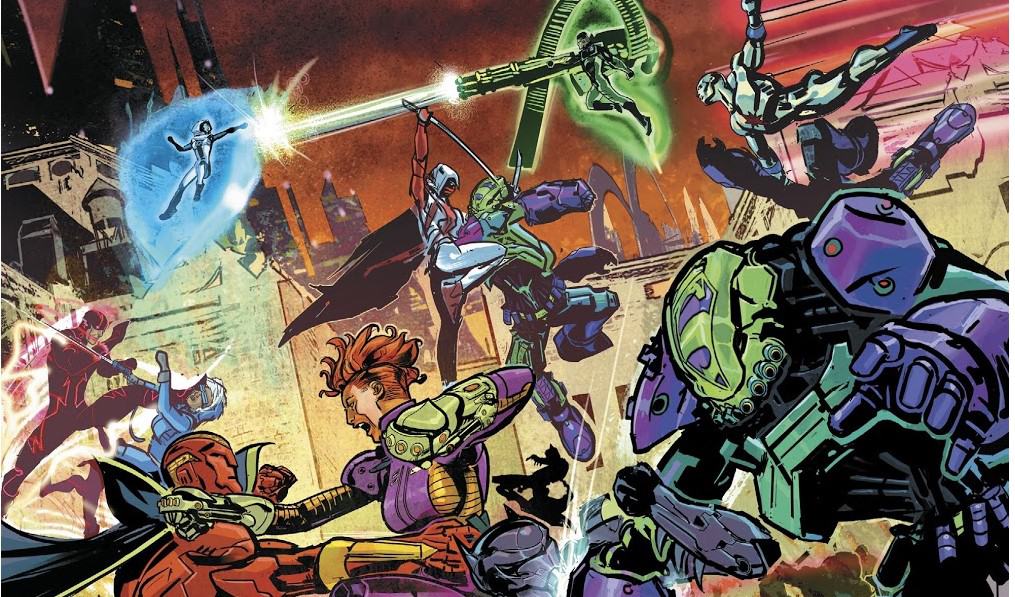 Our heroes are on the verge of reversing the process of removing superpowers from the populace, this world needs a Superman! But an unlikely threat looms on the horizon, one from within! 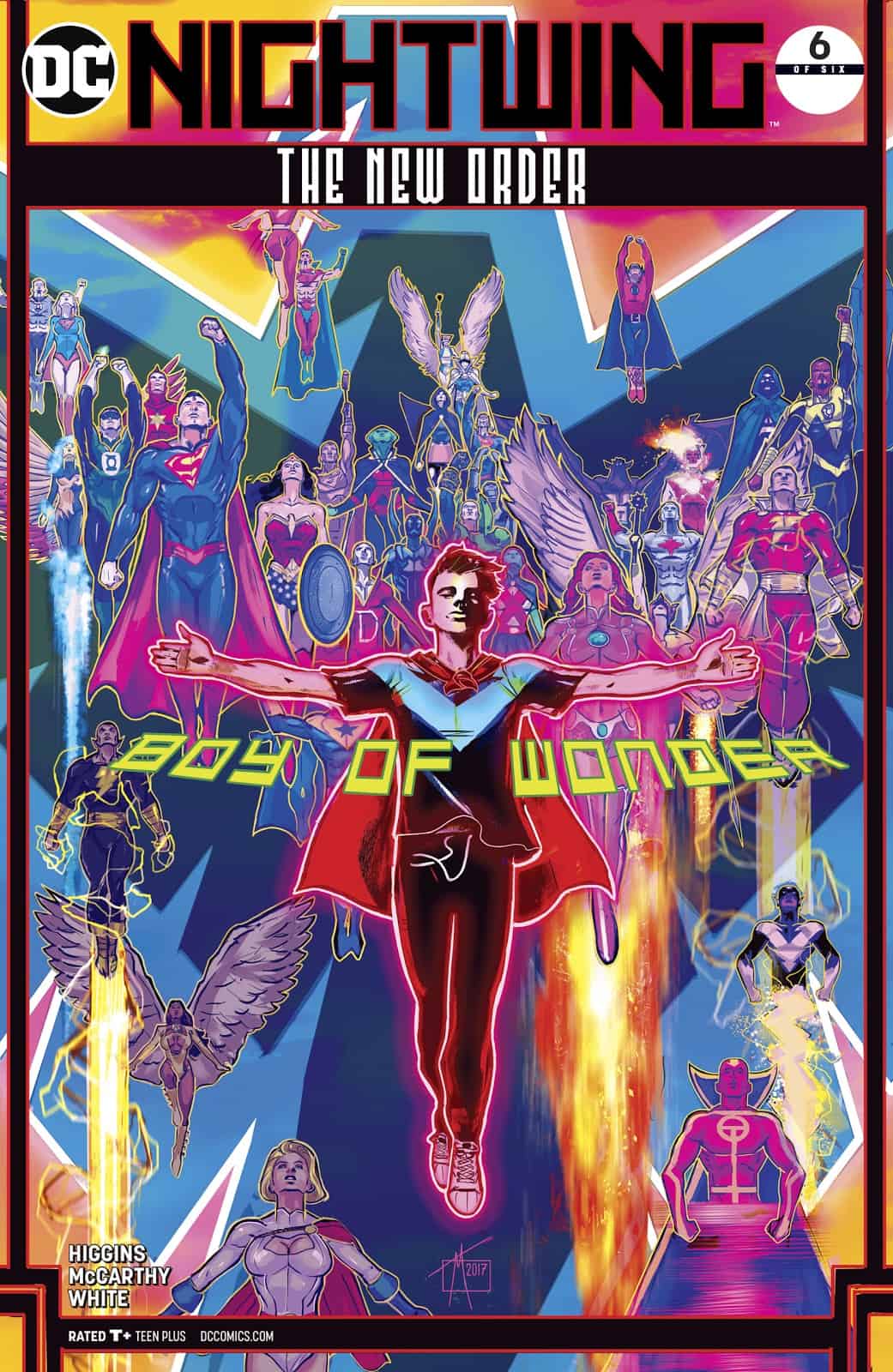 Last issue found Nightwing still fleeing with his son from the Crusaders, an organization he started dedicated to stopping superhumans by outlawing unsanctioned superhuman activity, they succeeded and everything was fine until his son turned out to be a meta. He and the Titans, his former teammates turned freedom fighters, sought out the one man that might be able to help them, Lex Luthor, and his unlikely ally Superman! Unfortunately just as things seem to be working out Dick has a change of heart, the Crusaders are headed to Metropolis! This gets messy!

We open on Jake watching an old video of his Dad as Robin, Kori walks in to wish him goodnight, but he still isn’t game for talking to the mother that abandoned him. She walks out, heartbroken, to find Lois, luckily the Blue Lantern is an avatar of hope, and expresses some that Jake will come around if she puts the effort in. 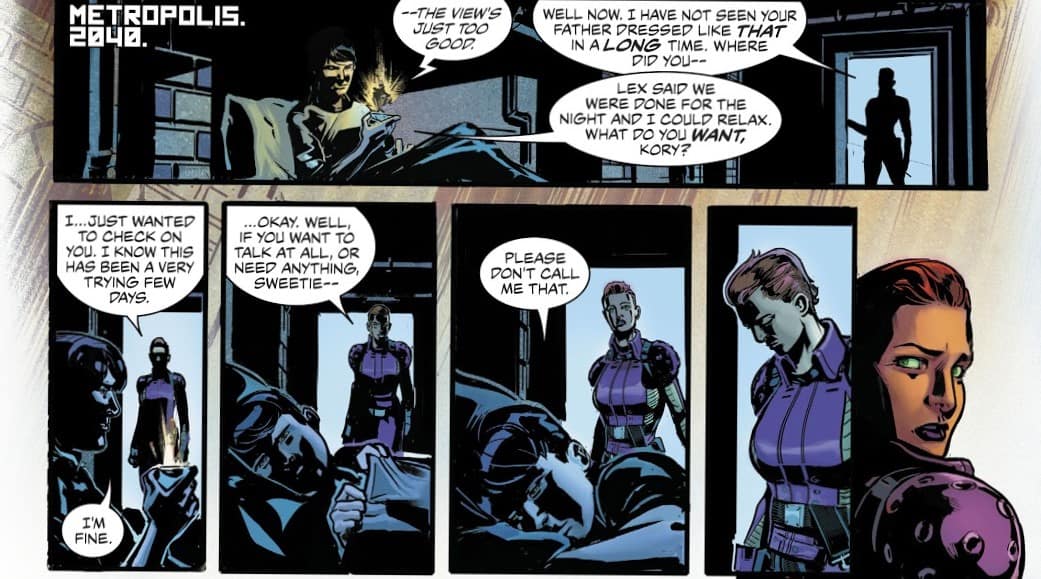 We cut to Lex, Wally, and Superman in Lex’s lab, Lex has reversed the effects of the dart freeze shot Wally with (2 issues back) that severed his connection to the speed force. As they work Lex expresses his distaste for working with impatient teenagers, even at his quick working pace, he’s glad Jake’s attention is elsewhere. 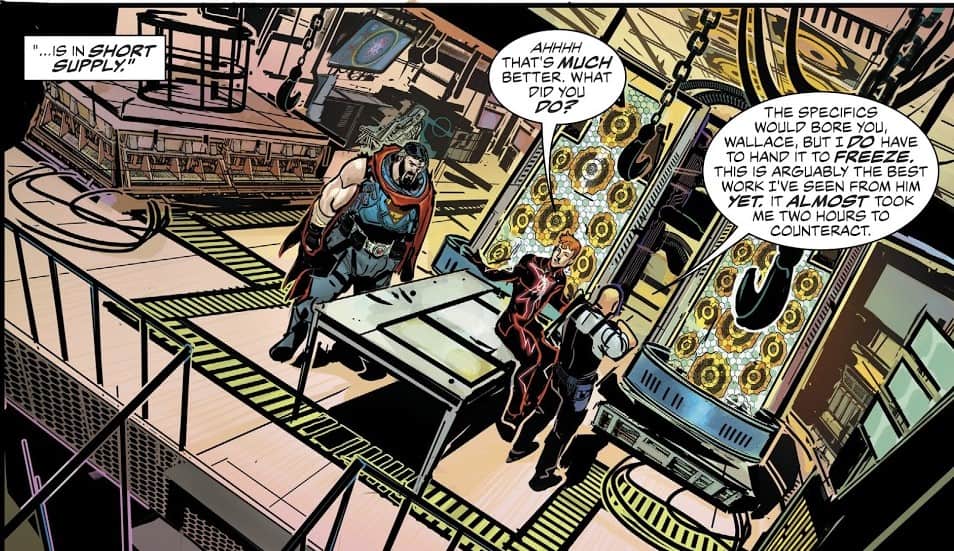 Later that night Dick wakes Jake in his bed, they need to go, Dick called the Crusaders in to make a deal, as they exit they are met by Kate Kane and dozens of metahumans and soldiers, preparing to take the resistance fighters down, not without a fight they won’t! 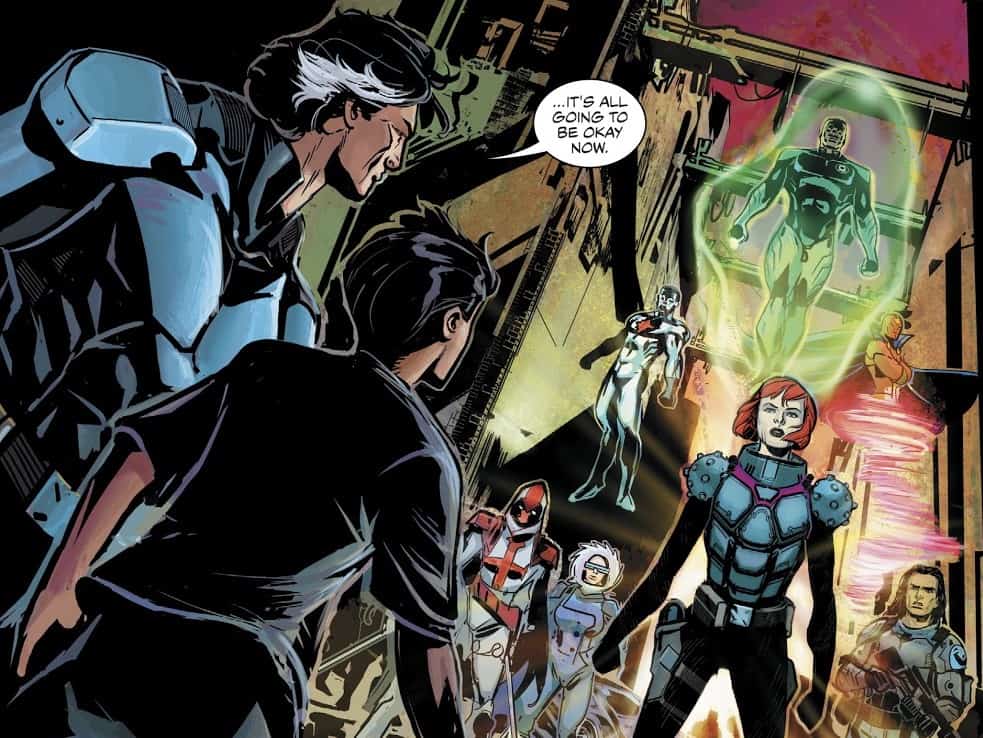 Who wins the day? All the chips are on the table and it doesn’t end the way you think it will! Read this issue today!

Oh maaan I can’t believe how good this issue is, it’s rare when I say it, this finale is perfect! I have read it 3 times now and I have to say this is hands down the issue of the week, better than Doomsday Clock, better than anything else I read!

I was completely blown away by the slight twist at the end and the heroes immediate reaction to the final event. (hard to describe without spoiling it) Likewise the main fight between the heroes and the… er… other heroes… is spectacular, with some serious upsets and a couple truly amazing visuals, plus it’s fun picking out some of the heroes of tomorrow following whatever it was that killed so many superheroes years before.

I was seriously overjoyed at the return of Superman, and Jake seriously stepped up at the end, plus Lois gave me one of the better openings to a battle of all time, and Lex’s line about robots was hysterical, seriously guys, what an issue! 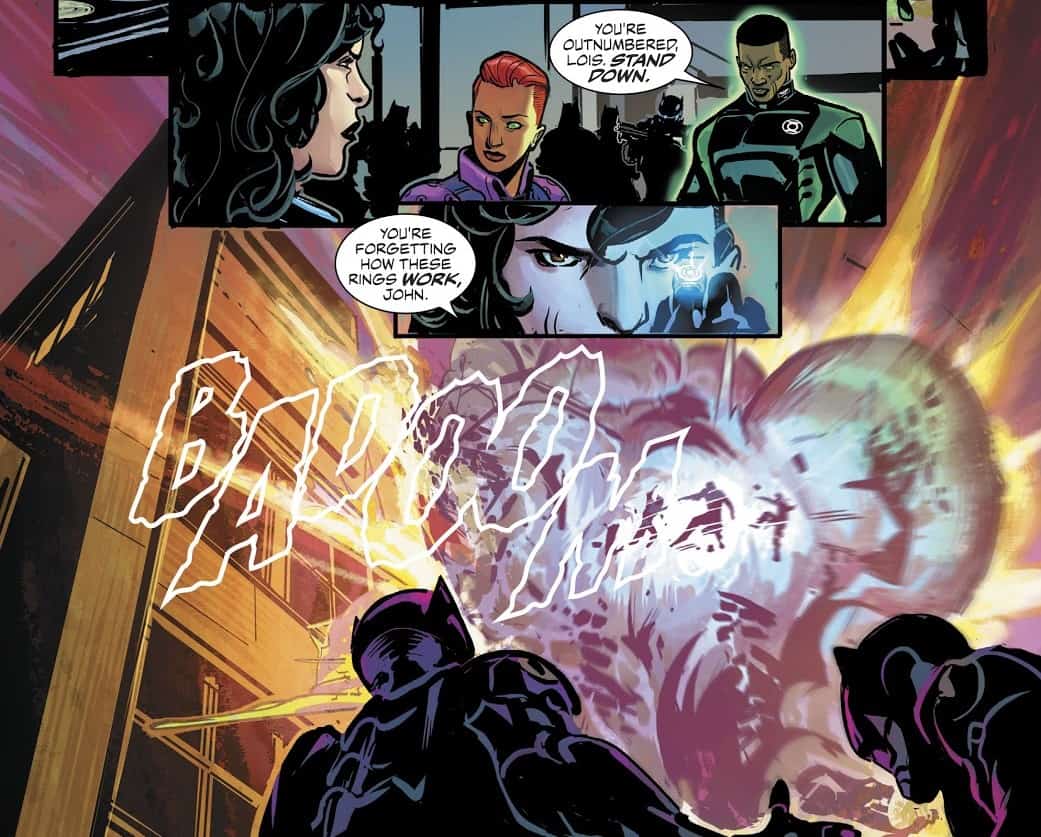 The art in this issue is good, for whatever reason it gets a little funky in the facial department, but the battle scenes are spectacular, and that’s where this issue really shines on all fronts.

I’m also curious if the covers are a bit representative, as the first one was pretty reminiscent of an old propaganda poster, and it got less ordered as it went, last issue was a celebration of the heroes (featuring Superman front and center) and this one might represent the victory of freedom, looking borderline psychedelic with its colors and plethora of flying superheroes. Just a thought.

Loved it beside my minor issue with the art I would seriously call it flawless! The epilogue was a thing that is often overlooked in these limited series, and it avoids the pitfall man minis fall into with a strong finale and a rock solid ending! If you didn’t read this series you missed out!