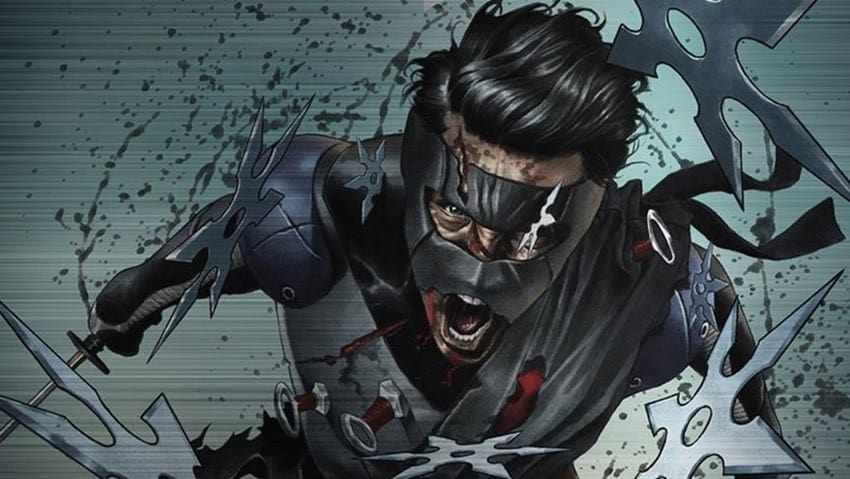 For over a century, MI6 has honed an elite branch of assassins, ruthlessly effective,  as well crafted as a Hattori Hanzo sword, the last line of defense, the most well trained shadow army in existence, the Ninja Programme.  Now, an enemy from within is making lethal moves, and Ninja-k or Ninjak, aka Colin King, a fearless instrument of death, must locate and annihilate this threat before all is lost. 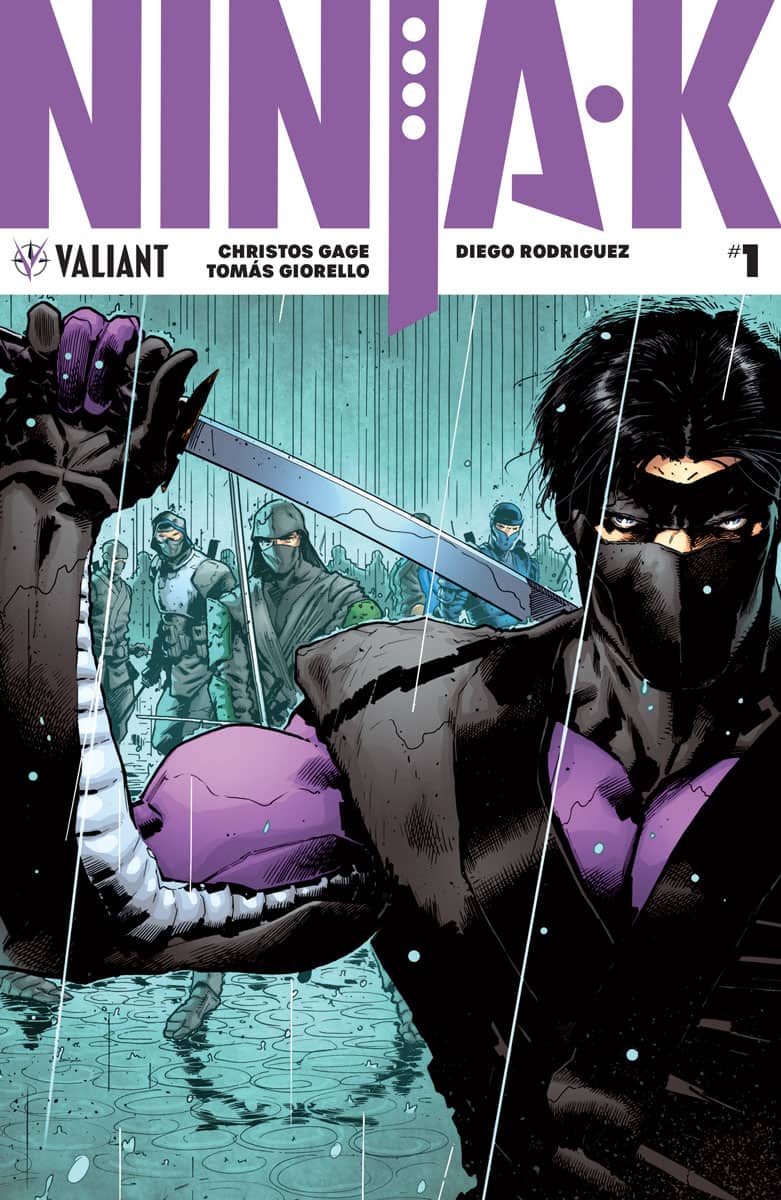 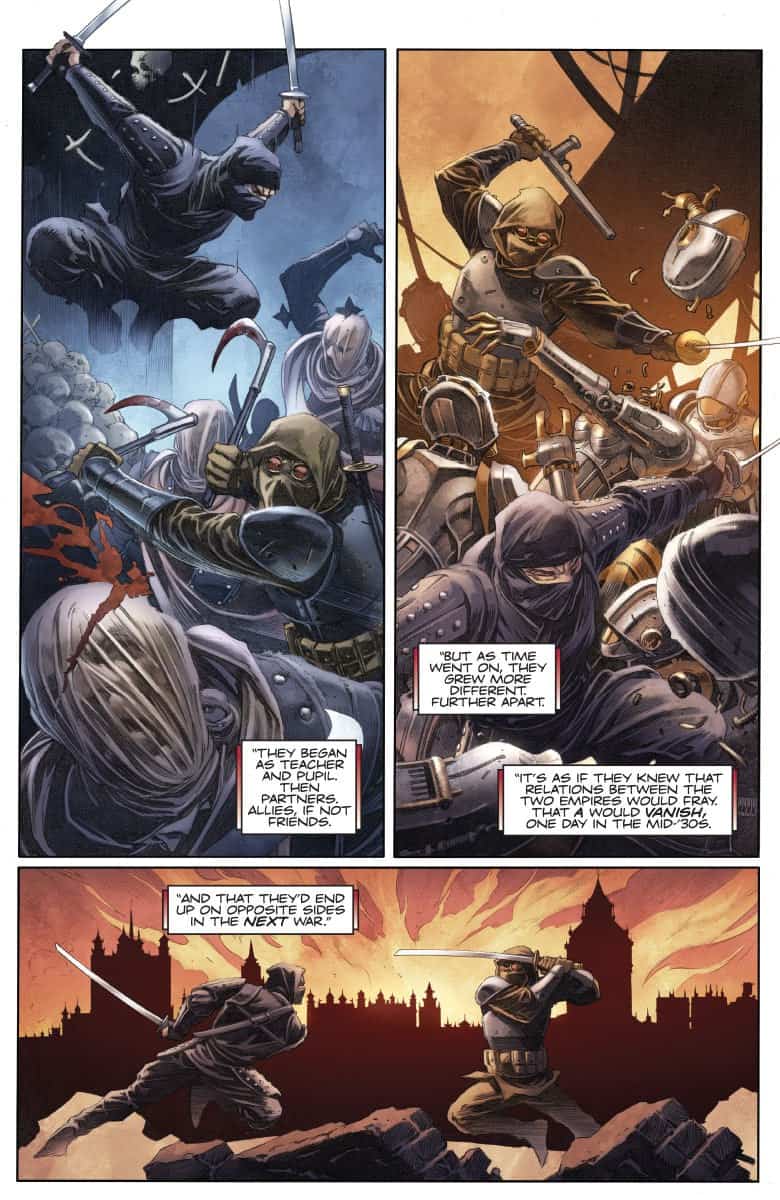 Britain’s clandestine intelligence service, MI6 has been training the most effective, top-secret division of assassins, the ‘Ninja Programme’, into one of its’ nation’s most finely wielded weapons.  Tasked as the first and last line of defense for queen and country, this elite group of assassins has produced a lineage of notorious agents, the first, Ninja-A, the Queen’s silent weapon of World War I; Ninja-E, the globetrotting secret agent that pulled the Cold War back from the brink of Armageddon; and, most recently, Ninja-K, Ninjak, aka Colin King, one of the most ruthless, efficient, and fearless instruments the programme has ever produced, having saved the world from madmen and terror at every turn.  For the first time ever, the ninja programme has been compromised, an unknown enemy, presumably from within, is on the hunt, and former programme agents are being systematically taken out with a  sadistic cold calculated expertise which is no easy feat. 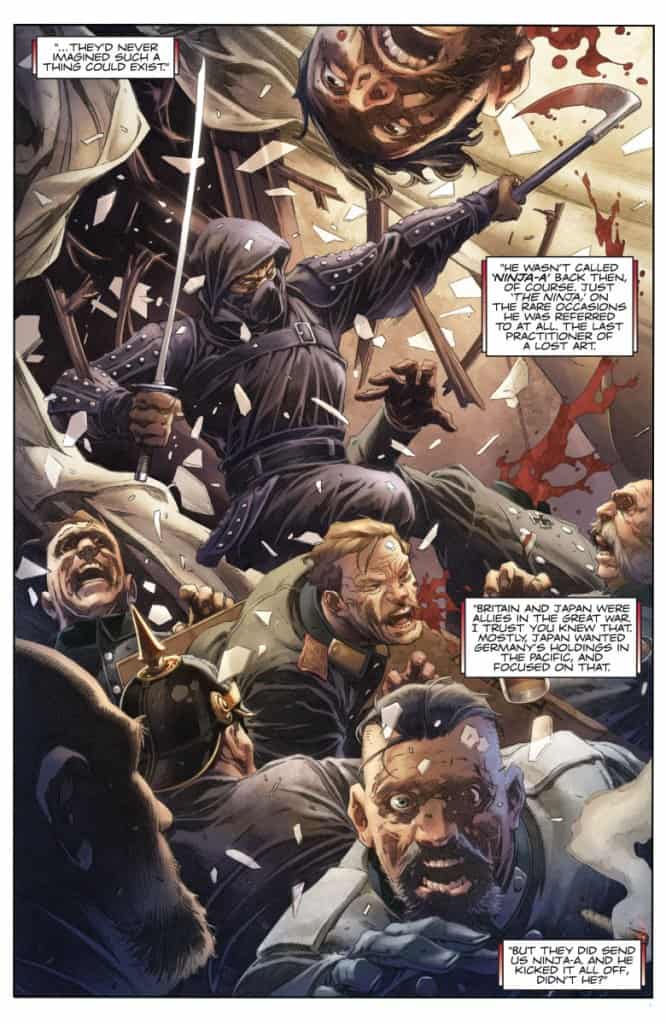 Christos Gage spares no time getting straight to the action in Ninjak’s reboot, Ninja-k! Gage first takes the reader through MI6’s historic successes, with an introduction to the most ruthless, most elite, lethal operatives dating back to the first in the Ninja Programme, the Ninja, the last practitioner of a lost art, on loan from Japan.  While he helped sway the tide of the war in WWI, Britain realized the necessity for these operatives and set to training others, the first would train the second and so forth, in the beginning, but this is thought to have ended when the boms were dropped on Japan in WWII.  Plans had already changed, and a teacher had been found, his age and history unknown, he was known as the Jonin, (literally meaning elite ninja or high ninja), a grizzled battle worn Master, who started training new program initiates from childhood.  This was the real beginning of the Ninja Programme, as all operatives were taught and trained by the Jonin, they were also trained by those who came before them.  Each student eventually surpassing the master, improving upon his predecessors techniques with technology, but all operatives had something of value to teach weather it was stealth, weaponry, escape or simply survival. 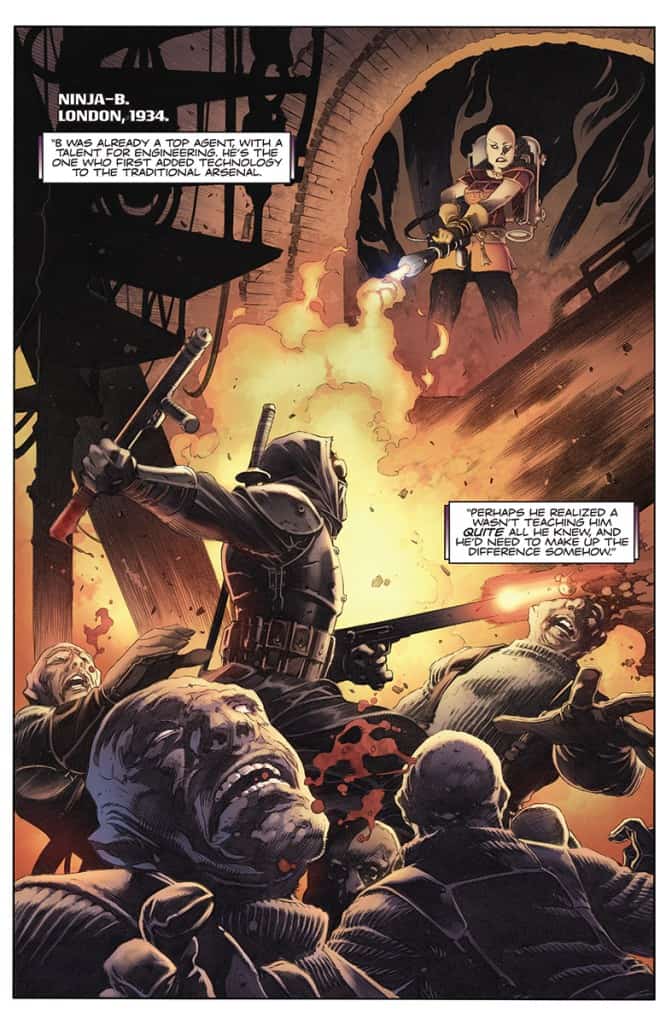 After Gage builds this mythos of Britain’s MI-6 Ninja Programme, we find Colin King in present day listening to stories of an older operative, Ninja-D, before he sets off on a mission where he successfully rescues the kidnapped son of a  diplomat and employs some of these lessons he has learned from his predecessor, and clearly taken to heart. 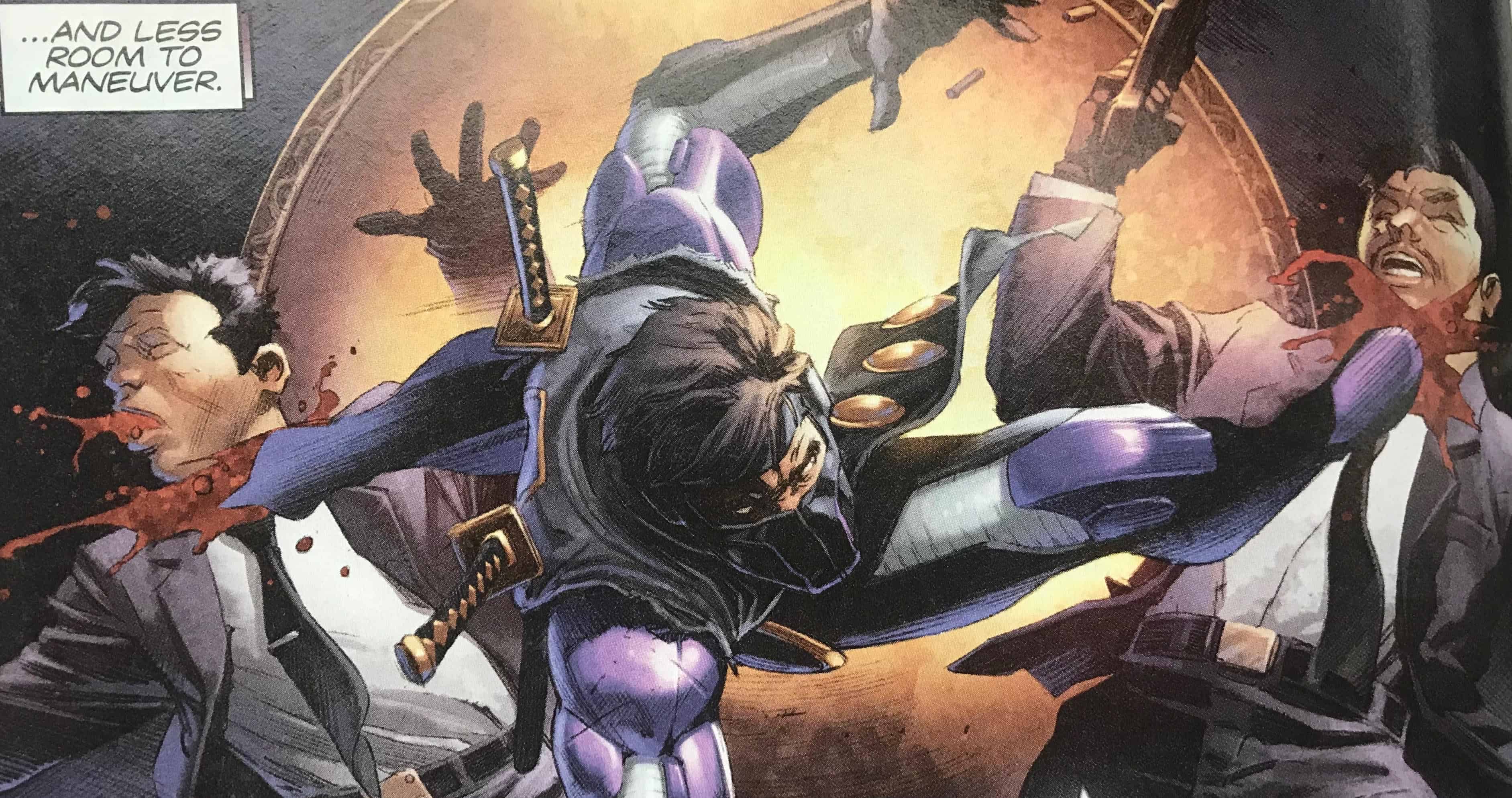 After returning to one of his safe houses, Colin receives a call from LiveWire, the lead character of Valiant’s Secret Weapons, apparently the two have had a romantic involvement since the Unity conflict.  LiveWire aka Amanda, is seeking some form, any form of commitment and gives Colin an ultimatum on what to expect next time if he cannot be there for her. 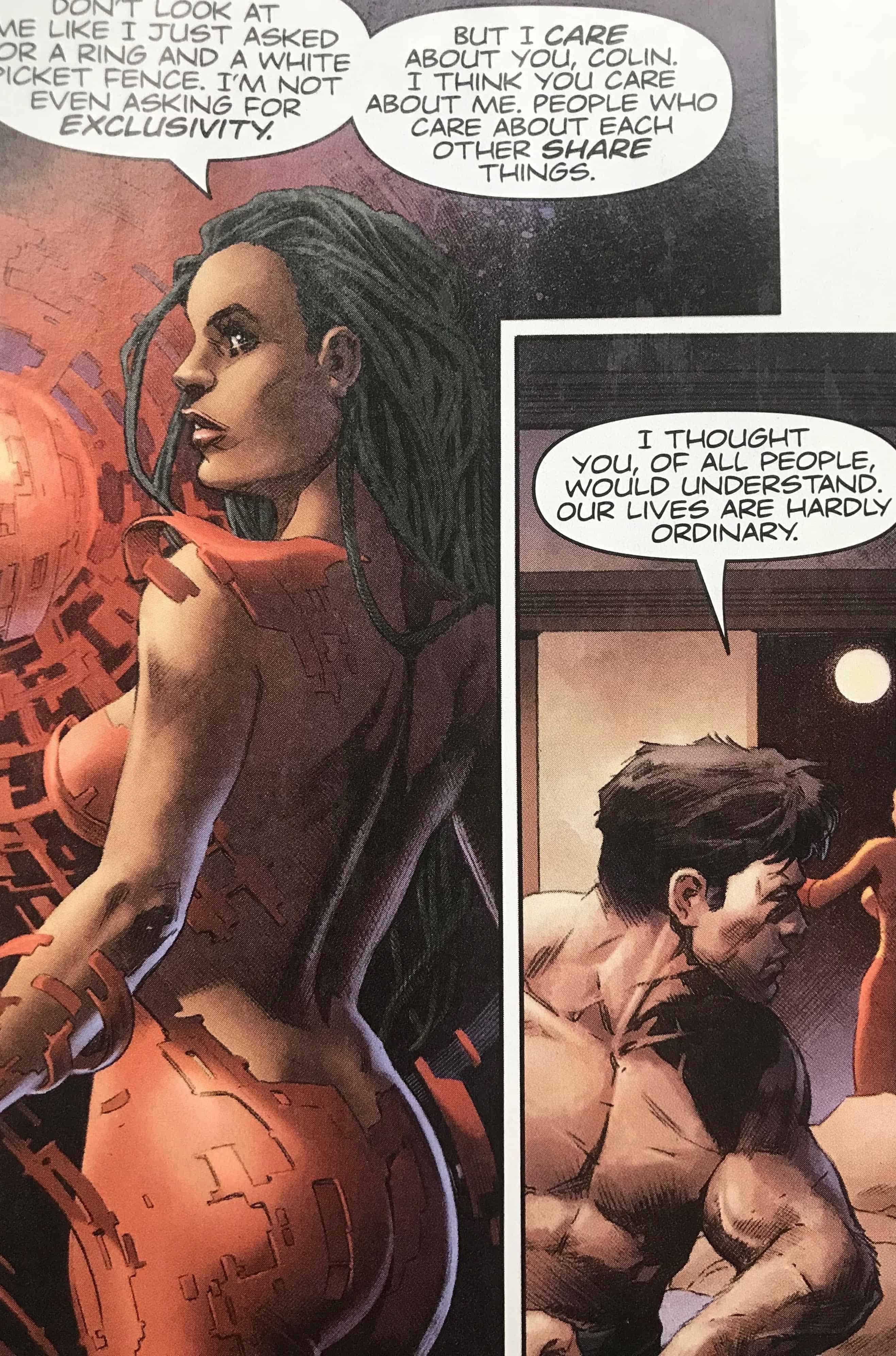 We are introduced to Nevelle, Ninjak’s handler and Colin is notified that the two oldest members within the Ninja Programme that were still alive are now dead, and it was done with deft hands and the perpetrator took their time.  Neville suggest putting Colin under surveillance for his own protection but he decides the only way to the bottom of this is by seeking out the elder assassins that haven’t been hit yet.