NINJAK #1: Allow Me to be Your New Target (SPOILER FREE ADVANCED REVIEW) 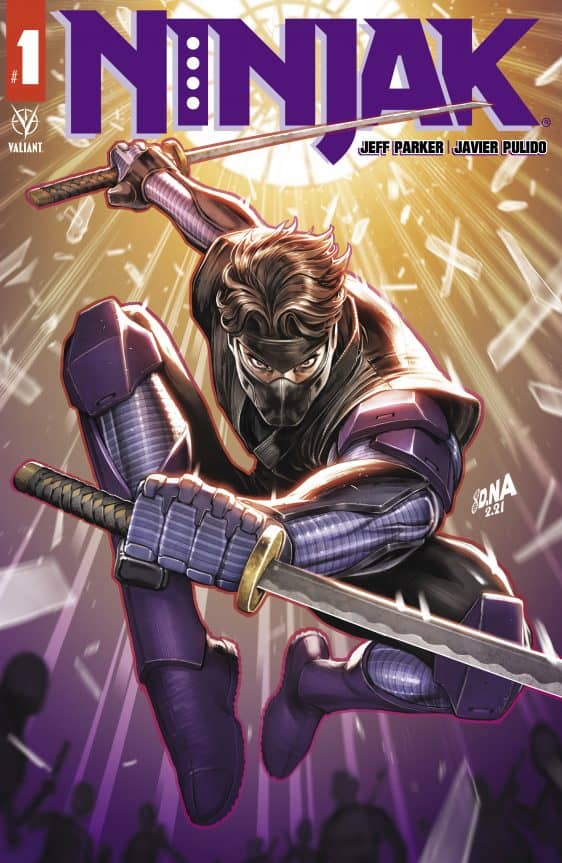 Out of the shadows and into the spotlight… the world’s greatest superspy has been exposed!

Colin King is Ninjak and he has a target on his back like never before. With enemies lurking around every corner, how will Ninjak survive when there’s nowhere left to hide and the world is gunning for him?

Jeff Parker and Javier Puildo are about to take you on a non-stop thrill ride.

Ninjak #1 has arrived, or well, it’s about to on July 14th. Get ready, because you are going to be hearing a lot about this comic.

This spoiler free advanced review will hopefully give you an idea not only as to why it’s a comic destined for the eye of fans and critics alike, but why it belongs in YOUR collection as well.

Representing a fresh new approach for the longtime fan favorite flagship character in the Valiant Universe, this new Ninjak series from Jeff Parker and Javier Pulido is sure to turn heads with its dynamic and highly stylized storytelling. It’s the type of comic that you don’t find often but when you do, it puts the entire medium into perspective and helps you fall in love all over again. 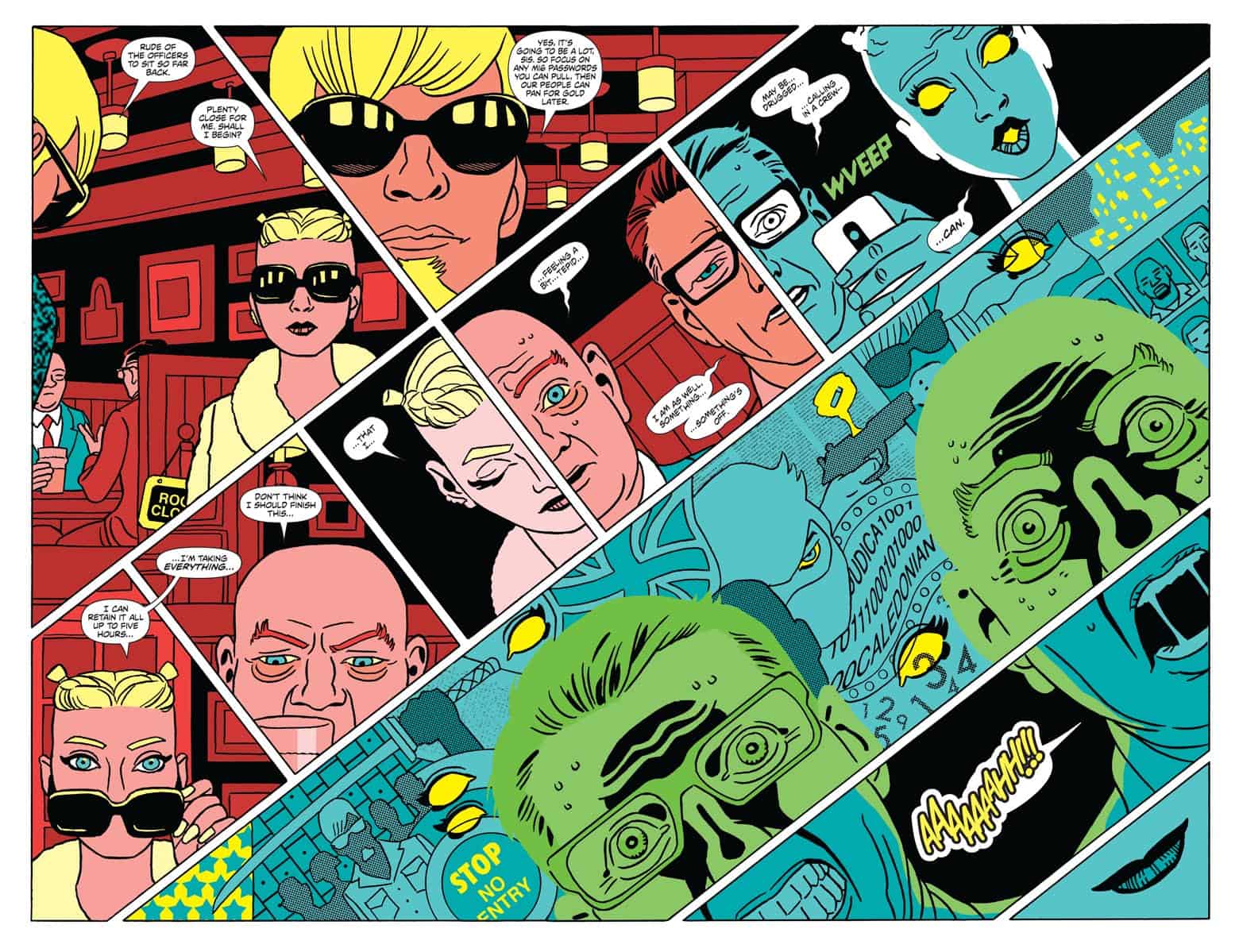 As a publisher, Valiant has enjoyed its fair share of critical success in the past even with Ninjak as a character among many others. From the Harvey awards to the Eisners, the validation of Valiant’s strengths in the comics industry has come from just about everywhere you could imagine. With that perspective, Ninjak #1 clearly represents so much more than a new approach but also a striking return to form all the same, uniquely utilizing the power of the comics medium to elevate their characters and further cement their place in fandom history as one of the most thriving interconnected universes.

NINJAK #1 takes what we’ve all come to love about the character, a stylishly suave super spy and deadly killer, and invites new readers with a welcoming premise and design which quickly puts to rest any doubt that this team is undertaking something truly special. Let’s get right to the heart of where many of our thoughts are with this brand new Ninjak series though, because there is no denying that it looks vastly different than what we saw from the character in the previous run Ninja-K ending in 2018. This is the nature of comics, the ambiguity of longstanding characters in their many depictions throughout the decades, and precisely what distinguishes the timeless from the obscure. In this new iteration, artist Javier Pulido taps directly into that very vein of timelessness and brings to life a vision of Colin King that is simply unforgettable.

It’s important to understand the nuance in artistic value that Pulido brings to the table with their distinctive work and how it helps to make this new Ninjak series tick on a fundamental level. Pulido is an artist who does more than just dabbles in cartoonish intricacies and unmistakable sequential art narrative structure, he is an artist of remarkable individuality and brings a level of expression to his work that exemplifies what comics can be capable of. In Ninjak #1, Pulido applies the mentality of expressing narrative storytelling in a visual medium in a way only he could ever achieve to wonderful effects. Each panel is a choice that deliberately carries readers through this worldwide lethal adventure with an aesthetic that defines the range this character can successfully deliver. The result is a comic that proves Ninjak is undoubtedly among the pantheon of characters at Valiant who can stand the test of time, evolve with a demanding medium while taking important risks to find revitalized relevance time and time again. 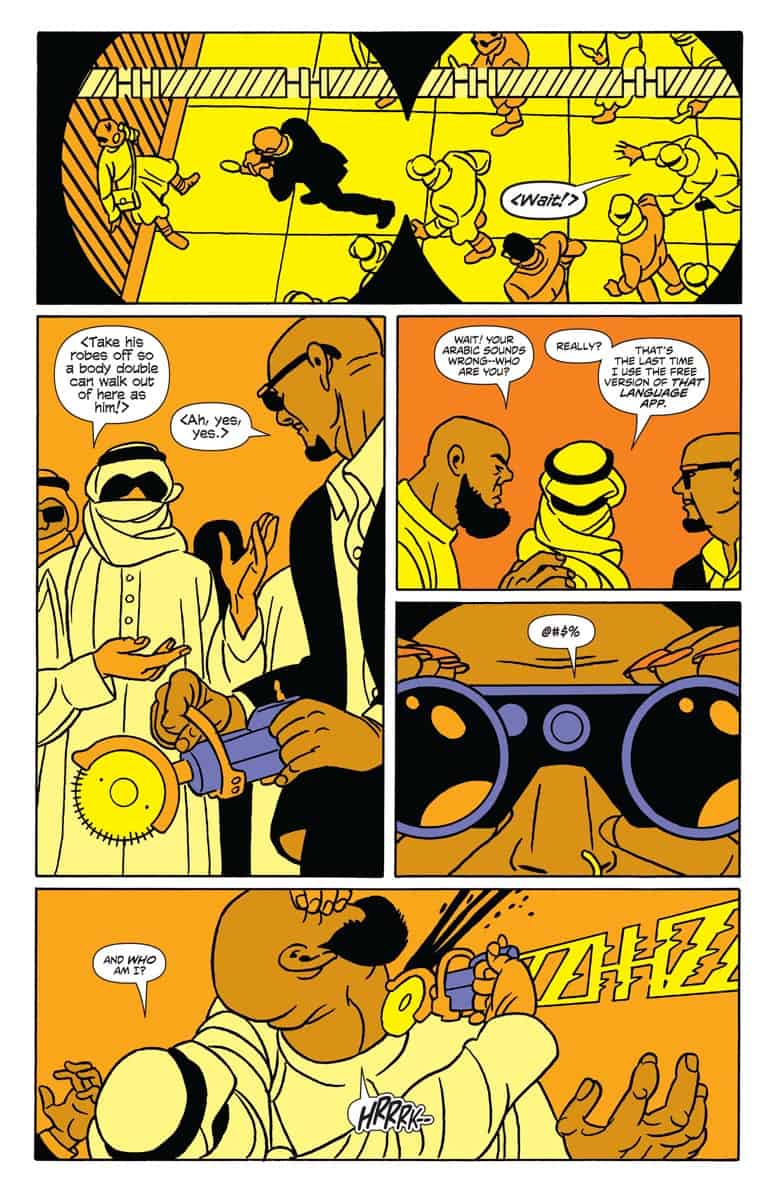 With the foundational elements of Pulido’s approach to comics, Jeff Parker cleverly takes Colin King in a direction that feels like a natural step for the character especially for longtime fans. As different as the visuals are, Valiant has found a rewarding way to contrast that visual difference by tapping into the legacy of Ninjak to continue the story that doesn’t forget longtime fans as it makes strides to bring in new readers. It’s a brand new position that Ninjak finds himself in, of course giving the perfect opportunity for someone who has never read a Ninjak comic before to jump in and immediately be caught up to speed. But for those who have followed Colin King’s work with MI-6, there’s just a little more depth to what is happening.

The ’60s stylish spy package that feels torn from a James Bond flick helps to frame this new direction for Ninjak, leaning into a genre approach that takes core traits of the character and magnifies them to allow the story to take precedence. Just as Valiant has done recently on their new Shadowman series allowing the horror roots of the character to drive the story forward and shape the comic itself, we find a global spy action-packed thriller become realized in a way only Ninjak could do in this first issue. There are new villains to fear, characters to love, familiar faces to catch up with and a spy adventure that you won’t be able to put down, giving us essentially everything we could want in a number one issue plus so much more. 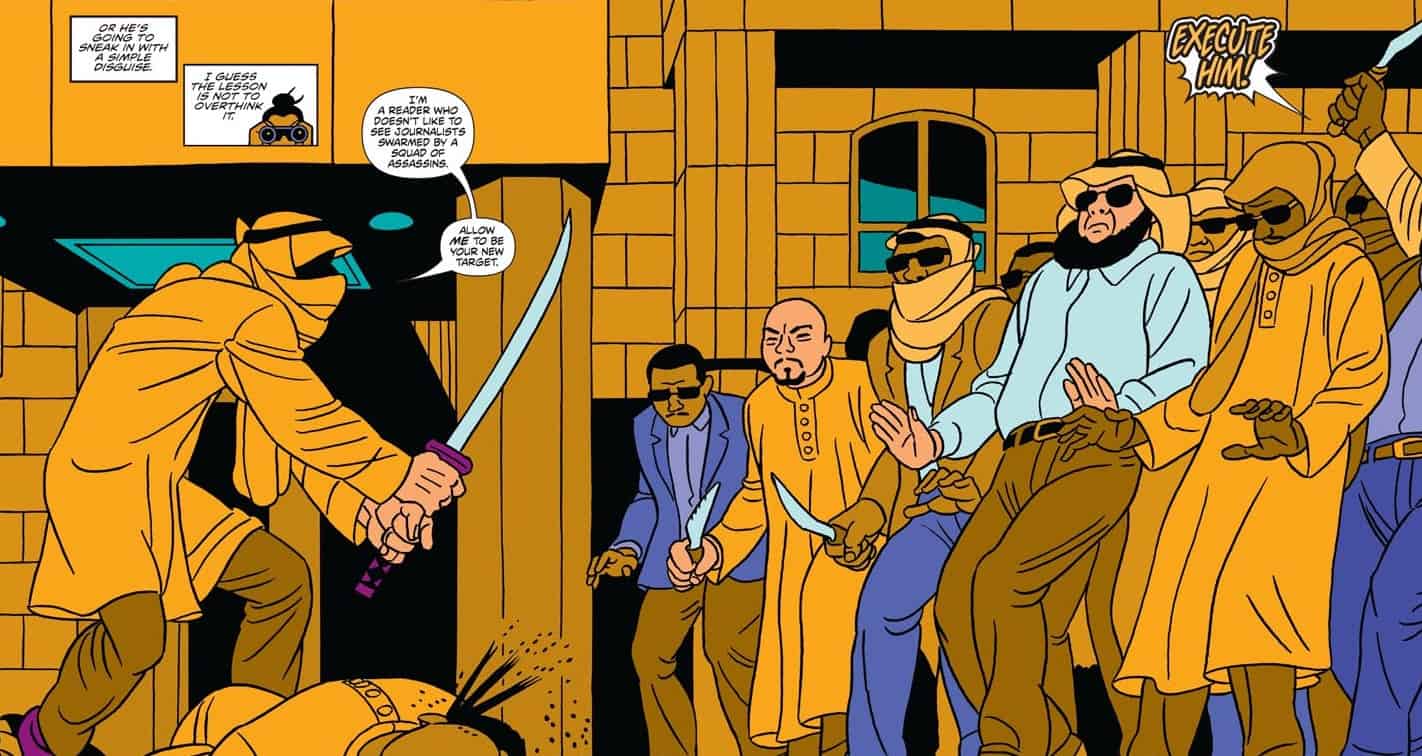 It’s a work that you will certainly see professionals adore and fans debate. A work that will attract the attention of many. Maybe deemed divisive, but more accurately described as inspiring, Ninjak #1 does what few comics dare to do and the Valiant Universe is all the better for it.

Ninjak #1 hits stores on July 14th, so get ready and #StayValiant.

Ninjak #1 is destined for the eye of fans and critics alike. It's the type of comic you don't find often but when you do, it puts the entire medium into perspective and helps you fall in love all over again. Jeff Parker and Javier Pulido with Dave Sharpe deliver a comic that dares to do what few others can and the Valiant Universe is all the better for it.

NINJAK #1: Allow Me to be Your New Target (SPOILER FREE ADVANCED REVIEW)